Why is it 30 years since Sanxingdui was launched? 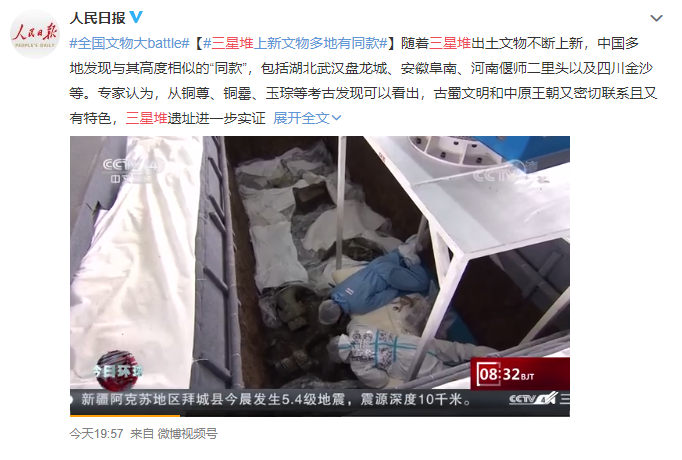 In fact, Sanxingdui site has been explored by the national and local archaeological excavation teams over the years. In this process, archaeologists also found that it is a very large ancient city site with different functional areas. 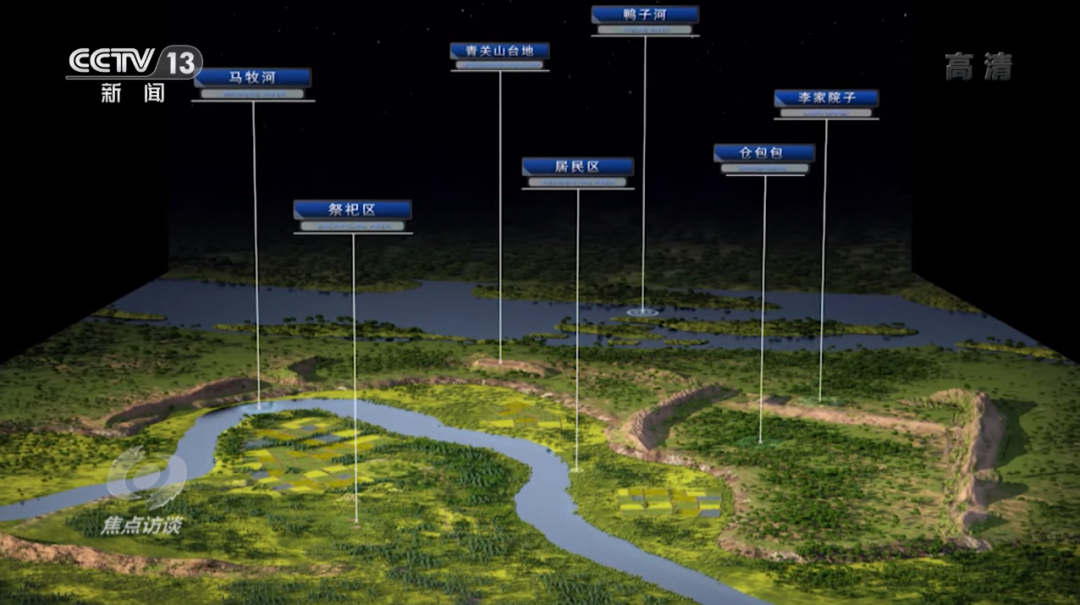 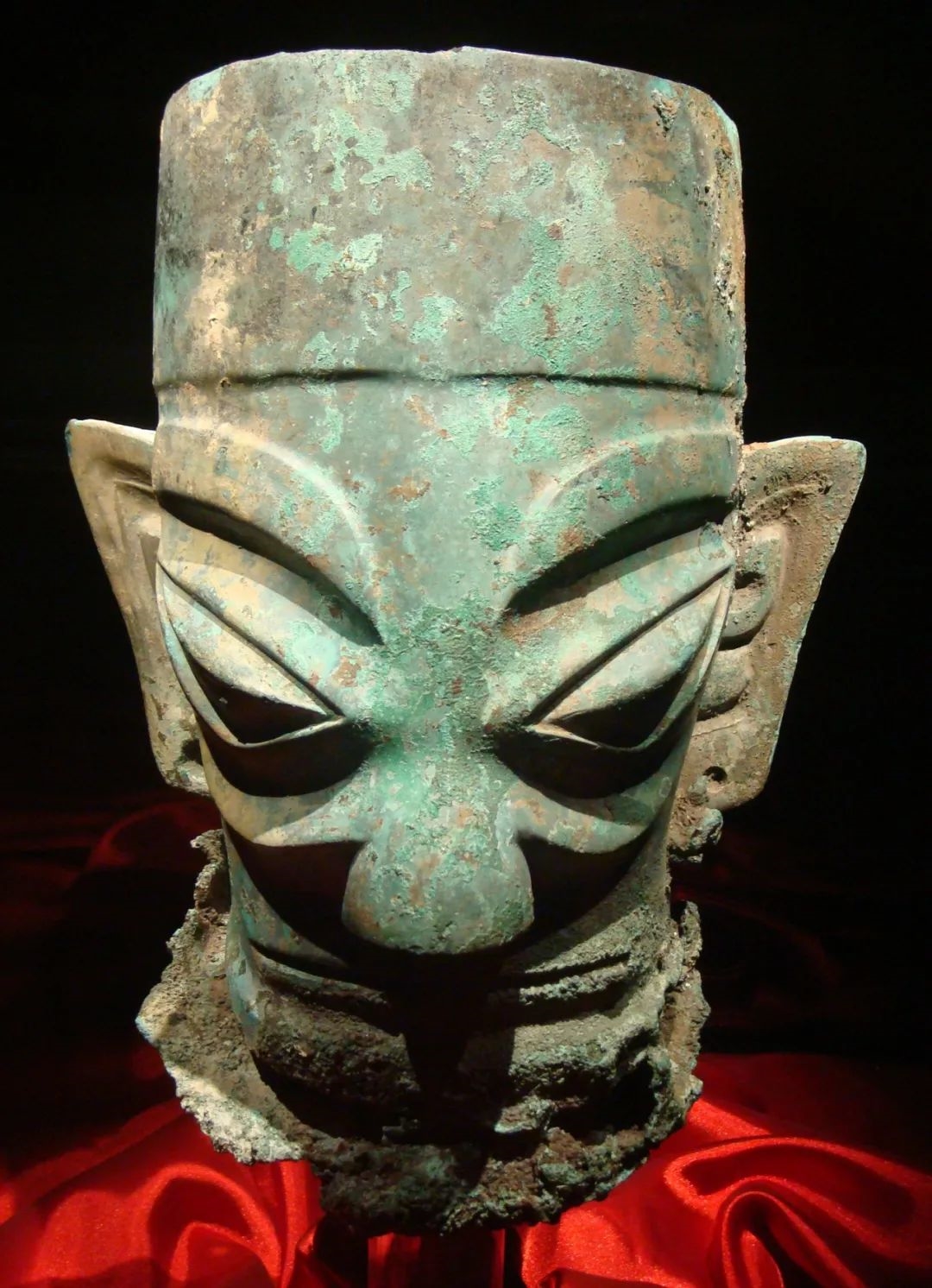 After all, the strange shapes of these bronzes are very different from other cultural relics found before. People begin to doubt whether Sanxingdui is an alien civilization. They are of great significance to the study of ancient Shu culture.

Unfortunately, after that, the cultural relics discovered by the archaeologists did not meet the standards of pit No. 1 and pit No. 2. At most, in July last year, a clay pig was unearthed from the union site around Sanxingdui, which caused a lot of discussion on the Internet. 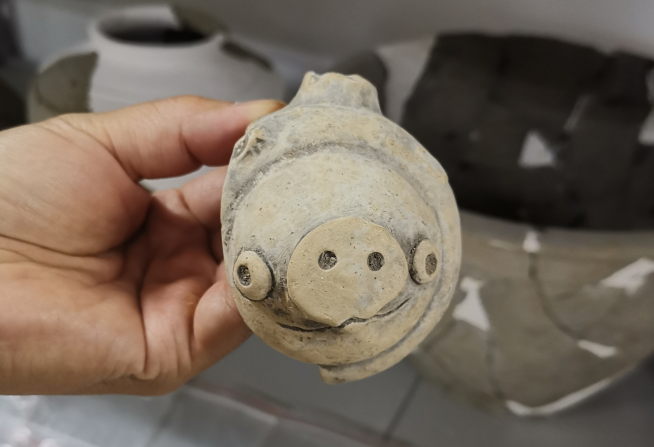 As for why this pig is so popular, all the bad friends who have played the game angry birds must know. 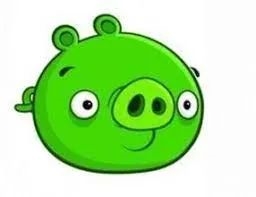 All those who have been to Sanxingdui Museum don't know that the cultural relics that have not been found are at their feet.

In 1997, after the completion of Sanxingdui site museum, a passage was built between Pit 1 and pit 2 to facilitate people's visit. This passage just covers the area where the sacrificial pit may be buried.

After the excavation of No. 1 and No. 2 sacrificial pits, archaeological experts did not continue to find other similar pits nearby, so they turned to other directions to look for more cultural relics.

It was not until 2019 that the archaeologists who had searched around for many years and failed to do so began to search again. They found that the soil in a corner near the exhibition platform was different by using Luoyang shovel. 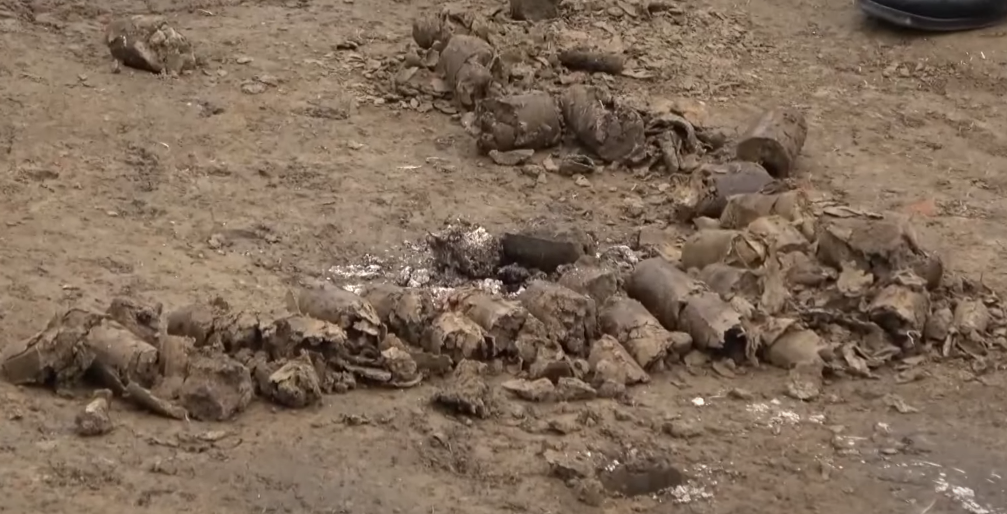 After that, six new sacrificial pits of Sanxingdui were discovered, and various cultural relics that have been on the news recently, such as gold masks, bronze trees, bronze figures and so on. 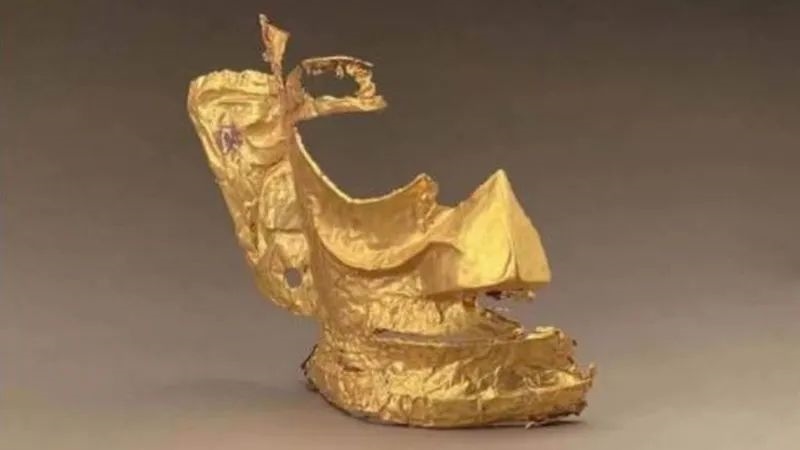 For example, many people are discussing the golden mask with only half a face, and they are speculating about who its owner was. Among them, Altman is probably the most popular. 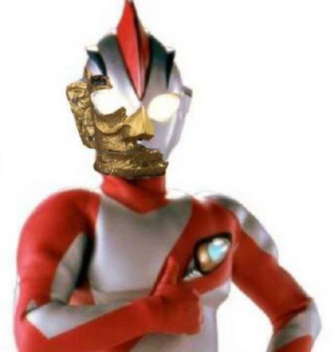 Of course, the possibility of being a national treasure is not ruled out. 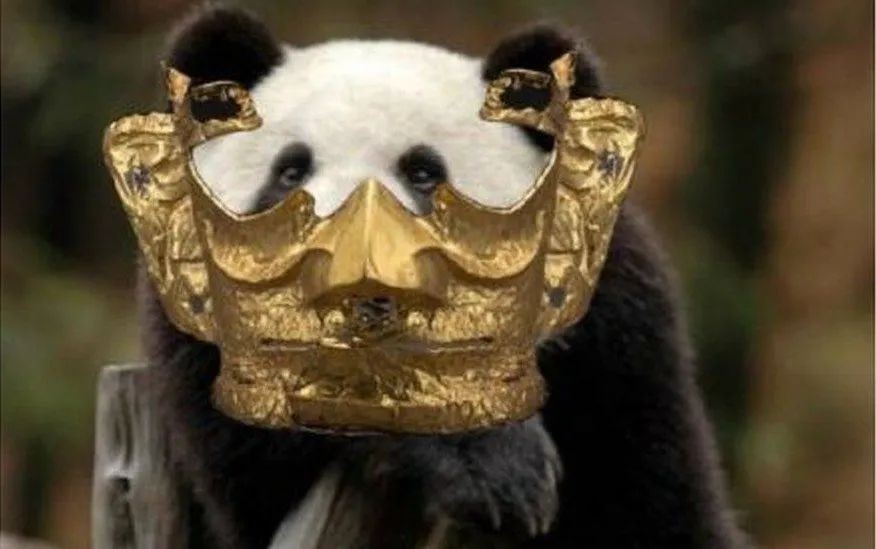 Because the real archaeology is a very meticulous work, not like the tomb robber novels, which dig a pit and blow it up with a bomb.

For example, in the excavation of the new sacrificial pit in Sanxingdui, we can see that a similar plastic greenhouse has been built on each pit. 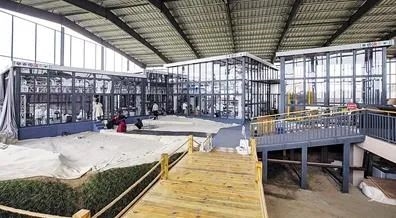 For example, Guo Moruo, a famous writer, led the excavation of the Ming Tombs in the 1950s. 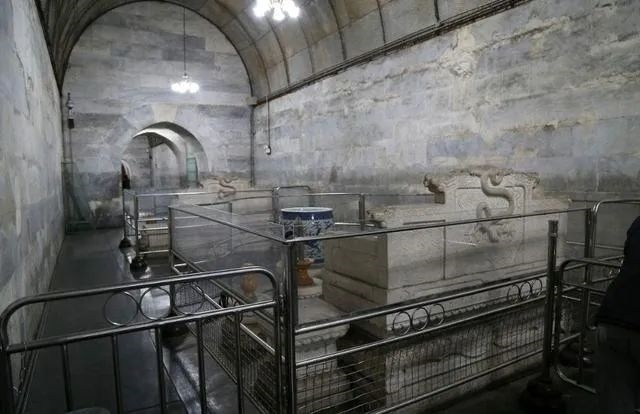 You know, for example, the Ming Tombs and the Qin Shihuang tombs, which have long been located, we still don't dig them, just for fear of causing damage to the cultural relics.

The history of Archaeology in our country began in 1920s. There was a serious shortage in both technology and talent reserve. At that time, many people opposed this matter. 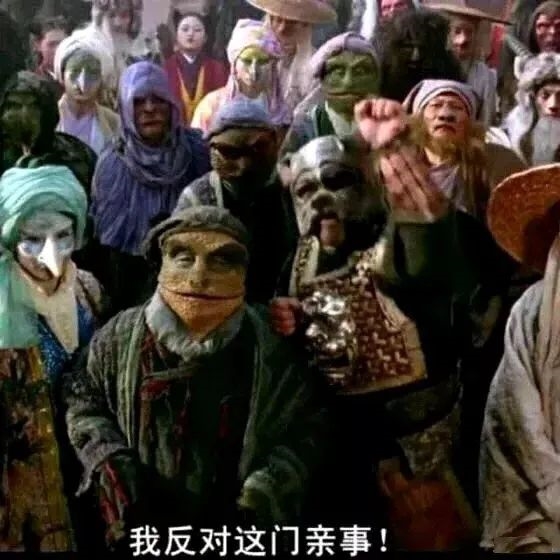 With the continuous progress of science and technology and the standardization of archaeology, now archaeology has become a very professional discipline, and the protection measures for all kinds of cultural relics are also cautious.

For example, more than 120 pieces of ivory were unearthed in Sanxingdui this time, which is a problem for the protection of unearthed Ivory all over the world. 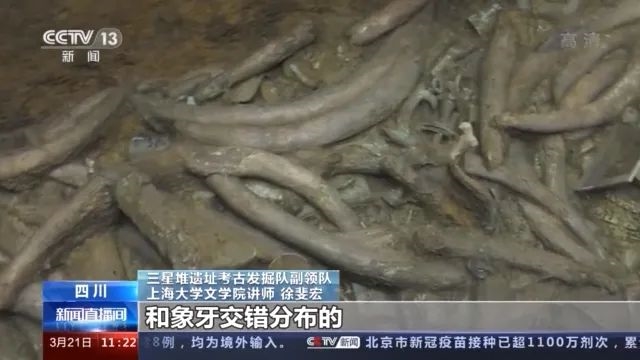 These ivory were burned before they were buried in the soil, and the enamel on the surface of the teeth was degraded. This kind of organic cultural relic is very afraid of oxidation, and it will crack and deform after losing water.

During the excavation, the archaeologists used a new nitrogen filled protection box to reduce the oxygen in the box, while maintaining the humidity, so as to ensure the integrity of the ivory. 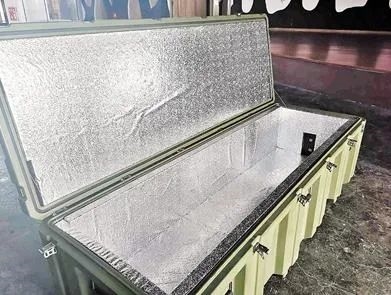 And the humidity, oxygen content and other parameters of the box can be adjusted, which plays a very important role in the safe preservation of ivory.

But with the development of archaeology, even a handful of soil and a small grain of sand will not be let go. There are a lot of information hidden in them. Maybe some of them can help us.

The excavation of Sanxingdui is still going on, and its importance for archaeologists to study the history of our country is self-evident.

Although there are still many mysteries about the Sanxingdui site yet to be answered, I believe that one day, with the development of science and technology and the efforts of archaeologists, the veil of this dusty history will be uncovered.

Related news
@!!FROM 18-70YEARS/Call king@+27715451704 HOW TO JOIN ILLUMI
Why is it 30 years since Sanxingdui was launched?
Sanxingdui newly unearthed complete gold mask expert 3D restoration: the effect is too amazing
Buy Online Yamazaki 50 years old whisky From (collectablewhi
Hot news this week
Young people can't change their mobile phones one brother pressure in the channel inventory up to 50 million
Chinese mysterious female rich 560 million buy European luxury homes: the full amount of cash is paid at a time
Criminal gang candid courier list takes the money 8 people to be arrested
Do you make feed after Yi Lord? Zhenghong Technology M & A has mystery
The first pop -up shop in the United States opened, Bubble Mart opened the North American expansion plan
The goose factory is finally making a move on the metasverse?
The 560m Chinese woman who bought luxury homes has also been involved in JD.com's investments in Tuniu, Vipshop and Fafa Qi
With this charging treasure that can legal "stealing electricity", I don’t worry about the mobile phone out of power
Son's bet that ARM's listing will boost SoftBank's stock price?
Huawei Hongmeng has become! Many mobile phone manufacturers will follow up with Hongmeng OS technology
The most popular news this week
A large number of QQ numbers stolen official announced the results of the investigation
Tencent said major shareholders will sell their shares for a total profit of about 24.5 billion yuan
Born with a silver spoon in one's mouth, IE finally why can't escape the fate of being eliminated?
The first batch of meizu free battery replacement models are announced: Meizu 15 and other five models are listed
Meizu official celebrate Flyme 10th birthday: More surprises, wait for August
The first batch in the country! "Main Driving Unmanned" Autonomous Driving is approved
IPhone 14 revealed the earliest early August mass production Foxconn a large number of recruitment: on entry to send 5400
700MHz gold band! China Radio and Television wechat mini program launched
China Radio, Film and Television has officially announced that ZTE will be the first group to support commercial 5G broadcasting
Japan's chip industry has a 35,000 talent gap? Tech giants warn