Xu Qi: China's target for this year is 20 million units, and the number of offline sales points has tripled

On April 1, during the new product launch of realme GT Neo, Xu Qi, vice president of realme and President of China, revealed to the media the goal of China this year: sprint to 20 million. It is understood that at the beginning of this year, realme set a goal for itself, that is, the domestic sales volume will break through ten million levels, and the goal will be to achieve the goal of leaping to the dragon's gate.

Just three months later, Xu Qi said that the sales volume of ten million units is a conservative figure, and realme has to sprint to at least 20 million units. In addition, in order to focus on building the Chinese market, realme will also have 80000 sales outlets in China, covering almost every city. 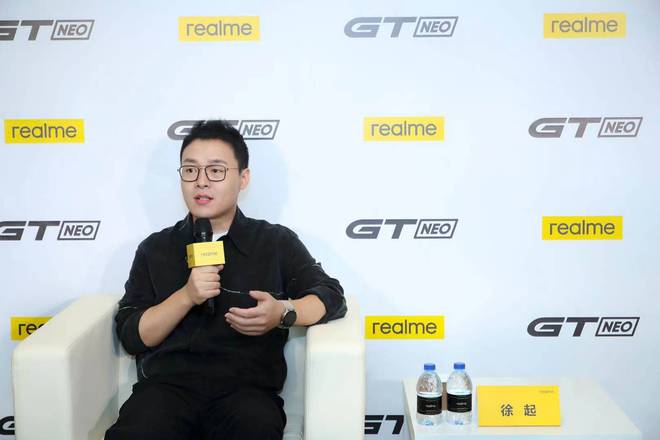 It is understood that this year, realme will adopt the strategy of dual platform and dual flagship in the Chinese market: in terms of medium and high-end products, realme will adopt the dual flagship 5g platforms of Qualcomm snapdragon 8 series and MediaTek Tianji series to create two flagship series of performance and image respectively, bringing more choices of medium and high-end products for young users.

Specifically on the product line, Xu Qi said that GT series will be the flagship of performance and the series with the most energy, mainly focusing on the tuning and optimization of chips, as well as the optimization functions of game experience such as GT mode.

In terms of channels, Xu Qi said that in 2021, realme will continue to cultivate the omni channel business model, triple the offline sales points of realme, achieve the small target of 80000, and further cover large, medium and small cities, so that more users can not only see the products of realme, but also feel them in person.

For these 80000 sales points, realme will expand itself on the one hand, and on the other hand will consider deep integration with operators. At the same time, in some cities, realme will combine offline stores with marketing, such as pop flash stores to be built in Chongqing. When it comes to the emphasis on channel laying, Xu Qi said that the laying strategy of realme stores is a game of chess in the whole country, which will cover all of them.

In addition to offline sales points, realme will also lay out a trendy flagship store different from previous mobile phone stores to create a store with complete sense of life.

It is understood that in 2020, there will be more than 30000 authorized sales points of offline entities in realme, and the sales network will spread all over the country; the after-sales outlets will also cover nearly 300 cities and 1000 after-sales outlets.

Related news
Huawei mate 30 reverse wireless charging evaluation rechargeable Qi protocol equipment
Xiaomi TWS true wireless Bluetooth headset 2S exposure: wireless charging Qi certification
It is reported that the iPhone 12 is not compatible with some Qi wireless chargers
China Cracks Down on Cosmetic Medicine Advertising
China's New Energy Vehicle Sales in June Expected to Set New High over Fiscal Stimulus
China to Crack Down on Illegal Fundraising Targetting the Elderly
Hot news this week
Monkey acne cases have ranked first in the world that the United States has announced the emergency state of public health
Credit card points rule intensive adjustment online transaction points more "valuable"
High reserves and low cost experts: calcium ion batteries replace lithium batteries to stand up to the daily
Alibaba executives interpret financial results: the focus of the consumer side is no longer to attract new, but to do a good job in stratified operation
Losses in a single quarter of $ 23.4 billion a record, SoftBank did not carry the plunge of technology stocks and the devaluation of the yen
The prevention and control of the American Monkey epidemic has failed. What should I pay attention to?
Sources say Samsung's Galaxy Z Fold4 is going up in price: a 512GB top unit will cost more than 13,000
Is the micro -business headache? WeChat friends are suspected to have a big move: 7 can only be posted a week
Kuaishou launched a self-developed cloud intelligent video processing chip: The chip has been streamed successfully
The new product of Xiaomi MIX is coming: both internal and external dual -screen has been upgraded to make up for the previous generation.
The most popular news this week
Girls are the worst offenders: Put down your phone
Byte medical layout to take another step forward Internet enterprises to break offline needs long-term investment
Sony confirmed "Mysterious Sea: Thieves Legendary Collection" for sale during the year
Lenovo announced the rescue of the head show VR700: true 4K, support iQiyi network resources
20TB free! Ali Cloud disk full compensation 15 days super members
Than apple conscience! Moto's new flagship comes standard with 125W charger: half charge in 7 minutes
Wechat update 8.0.27 beta version: small program opening faster
Zte launches 5G smart helmet: Support voice control, gas detection and other functions
Meizu application Flyme Auto trademark: flyme is really going to get on the car
Do you get enough sleep every day? Girls get the worst of it: Put down your phone