Giants do not want to give "lifeblood" to WeChat and Alipay. 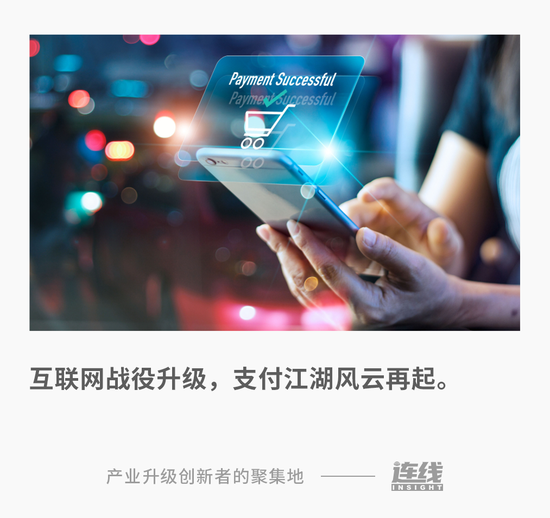 In 2016, Huawei launched Huawei pay online and connected to UnionPay cloud flash payment, which can be used for UnionPay QR code or online payment, as well as bus card swiping;

In 2020, Huawei and UnionPay will launch the Huawei card to support users to open cards in mobile phones. Its function is similar to ordinary credit card, and provides Huawei cloud space, Huawei music and other member payment discounts. 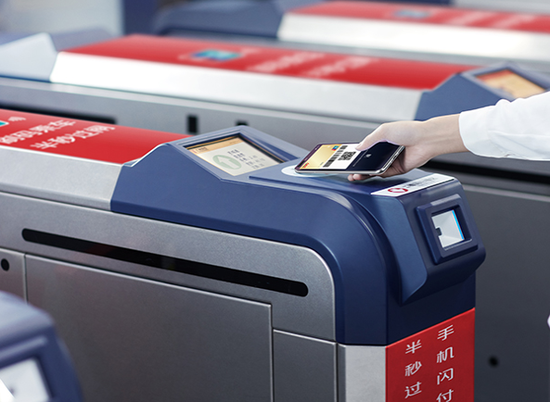 Before that, the most famous giants in the Internet field already had a payment license.

Now, Huawei has become the only major shareholder of xunlian Zhifu and officially included its license.

According to the latest IDC data, Huawei's smartphone shipments in China in 2020 were 189 million units, a year-on-year decrease of 21.5%, ranking third in the world.

After the ban storm, according to the data of counterpoint, a well-known market research organization, Huawei's mobile phone sales fell out of the top three in the world for the first time in February this year, and its market share fell to 4%. However, after years of accumulation, Huawei's appgallery app store has more than 2.3 million registered developers and more than 530 million global monthly active users.

The field of payment has long been a must for giants.

This is another classic case after wechat opened wechat payment for more than 8 million users for seven days and seven nights with the red envelope function in 2014.

It takes a month to shake off the emergency payment and to send 2 billion red packets during the Spring Festival, creating a 70 billion 300 million tiktok interaction. The netizens are second only to Alipay and WeChat. 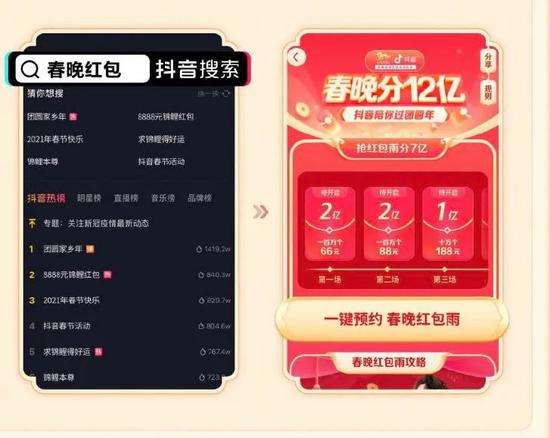 On the other hand, pinduoduo, who was temporarily replaced, started the payment business layout earlier.

Since then, it took more than a year for pinduoduo to spend hundreds of millions on the acquisition of paycom and win the payment license.

Giant's love for payment has long been written in the price.

Payment license has become the standard configuration of giants. Why is it so popular?

When Huawei pay is turned on, the mobile phone is close to the POS machine, and payment can be completed without networking or Bluetooth. This sounds more promising than two-dimensional code.

Yu Tianyu, managing director of kailian capital and President of Industrial Research Institute, told wired insight that Huawei's acquisition of payment license at this time was more for security and cost considerations.

Pay through is the largest public utility account platform in Shanghai. After working with Alipay, Alipay will pay as a channel to provide users with water, electricity payment and enquiry services.

Pay through statement said that its system frequent channel congestion, server downtime and other issues. The investigation was caused by a large number of high-frequency account inquiries initiated by Alipay directly (non user initiated). This has a significant impact on its normal business and infringed on its rights and interests. 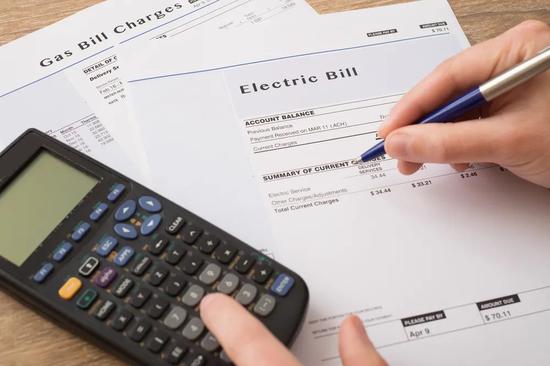 In July 2020, some consumers reflected that the US group's orders could be paid by monthly payment, bank card and WeChat, but only Alipay could not be used.

The background at that time was that Ali had just become the largest shareholder of the company.

From the data disclosed by giants, Internet Co is indeed suffering from Alipay and WeChat. 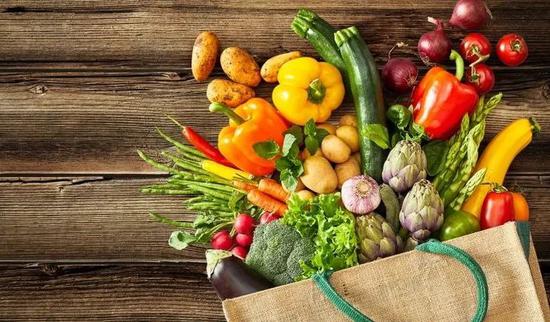 As the last kilometer of traffic, payment can firmly stick the traffic from customer acquisition to transaction on the platform's own site. The independent data and information behind a payment license is worth as much as gold.

The case of ants has long demonstrated the value of payment.

Before the IPO was suspended, ants were valued at $2.1 trillion. In the first half of 2020, its revenue is 72.5 billion yuan and its net profit is 21.9 billion yuan. After accounting, it earns 120 million yuan a day on average, which is a new era banknote printing machine.

Now, Kwai Mei, Ctrip and other trading platforms, such as bytes and fast hands, have launched insurance products, lending and other financial products.

Will the battle field of payment be the world of Alibaba and Tencent?

Two tigers in one mountain?

According to Analysys data, in the first quarter of 2020, Alipay and WeChat paid 48.44% and 33.59% share respectively, monopolizing more than 80% of the payment market.

At that time, Tencent waved checks, held public comments, and let it settle in wechat payment. At the same time, wechat payment sends a large number of two-dimensional codes to businesses with the help of promotional concessions and free promotion, so as to improve the frequency of payment.

This very low-cost payment method quickly became the mainstream of the market. 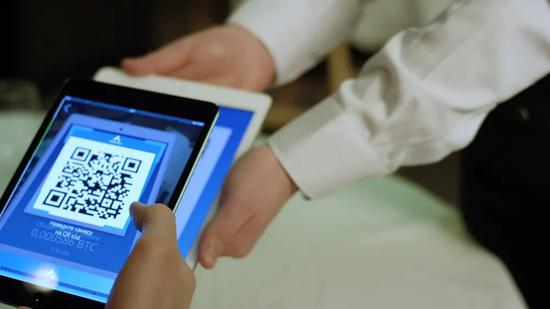 In other words, if the latecomers want to subvert their market position, they must find a breakthrough from the ecological network and user habits. However, at present, few Internet giants can beat Alibaba and Tencent in two aspects.

Meituan's comments, which are the earliest and most widely distributed financial business, completed the financial layout of commercial factoring, payment, small loans, private banks and insurance brokers as early as 2018.

In 2020, meituan annual report disclosed that the number of active businesses and annual trading users of the platform will increase to 6.8 million and 510 million respectively, which can theoretically create natural flow for its payment business.

The trembling sound of late entry is tiktok. 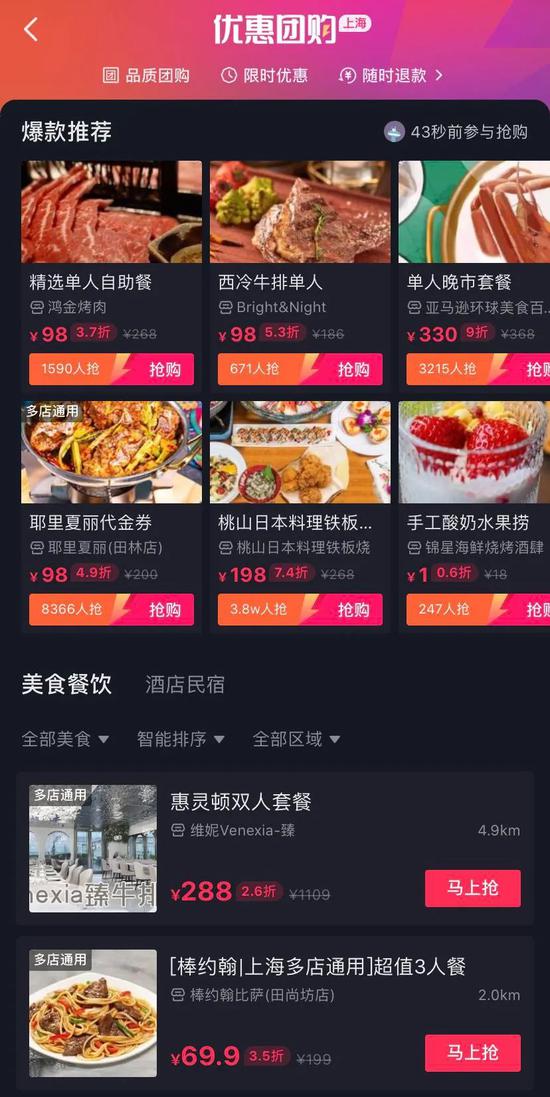 Delicacy reports tiktok reported that the Italian restaurant, the first hot food table in Beijing, has put 299 yuan group purchase coupon on the jitter, and 61 thousand people have panic buying. By contrast, tiktok sold 799 yuan in 424 yuan in the first half of the year, and the effect of the sound of the two cars was remarkable.

Recently, the city tiktok began to recruit large scale recruitment sites, and through its scattered sites, its team covered more than 30 restaurants under the city's line of entertainment and entertainment businesses.

Compared with the US group, the tiktok relies on short video scenes, which can accurately locate and accurately recommend consumer businesses for users. This consumption scenario is precisely the result of the US group.

The possibility of cutting into the scene of eating, drinking and playing services in the form of video, creating a huge volume of transactions, cultivating users' payment habits, and subverting the existing payment pattern is undoubtedly full of temptation.

Tiktok tiktok is the first to consider group purchase.

Since October 2020, the central bank has successively issued more than 150 million yuan of digital currency red envelopes in Shenzhen, Suzhou, Beijing, Chengdu, Changsha and other places. 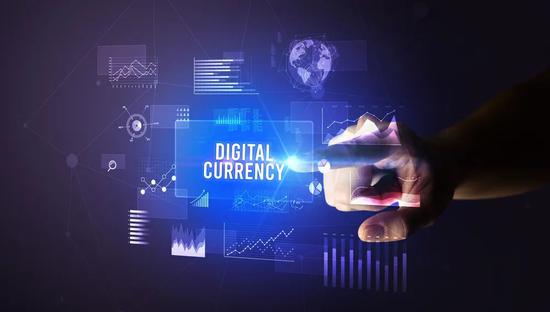 Around the implementation of digital currency, many rules need to be explored.

However, no matter how the rules are interpreted, it is a wise choice for mobile phone manufacturers such as Huawei to personally participate in the payment war on the eve of the digital currency coming to the ground.

Related news
The number of monthly accounts of Tencent WeChat and WeChat has reached 1,132.7 million: a year-on-year increase of 7%
Tencent said Trump's wechat ban may not apply to applications in China
The overseas version of enterprise wechat has been renamed from wechat work to wecom
Tencent: existing wechat users in the U.S. may continue to use but cannot obtain new users, and will continue to negotiate
Change name to avoid ban? Tencent: wecom and wechat are different products
Has soared to 54,000 Wechat and downloads surged in the U.S. over the weekend
Hot news this week
2021 Hurun self made list of the richest people under 40: 38 year old Zhang Yiming ranks first in China
Tencent Teana laboratory holds a cross boundary Seminar on artificial hearing technology: cochlear implant technology is undergoing cross boundary development
Dada's latest equity exposure: Jingdong is the major shareholder, and Kuai Jiaqi holds 7.8% of the shares
Shell equity exposure: Zuohui has 81% of the voting rights, and Tencent holds 5% of the shares of two shareholders, hillhood
For the first time in history! Sanxingdui "cornucopia" 3 pit successfully took out the complete round mouth square statue
Xiaomi donated to Tsinghua University to set up Xiaomi artificial intelligence Innovation Research Fund
Benchmarking Tesla semi? Geely responded to rumors of developing pure electric heavy truck: no comment
With over 17 million number carrying users and 99% success rate in one hour, is it the best time to handle it?
Spend another 20 billion dollars to buy nuance, where did Microsoft spend its ten-year "cash" capability?
Lenovo he Zhiqiang: the cumulative income exceeds US $500 million, Lenovo venture capital enters the payback period
The most popular news this week
Cryptocurrency crash Market: some people crazy cash out, the U.S. government to move
Not ppt! Take alpha s, Huawei's autopilot, and deliver the Huawei version within this year
1 billion US dollars, over 5000 R & D personnel! Huawei Wang Jun: Huawei Bu has no revenue target this year
Why is "Huawei automobile" known as the first automatic driving? Top executives reveal secrets in person
China's box office will exceed 20 billion in 2021: 5 films will exceed 1 billion. How many have you seen?
The first battle of autopilot becomes famous! Huawei: auto R & D investment will reach 1 billion US dollars this year
The most powerful legal department is out! Nintendo suing switch host cracking team: claims nearly one million
After three times of sanctions, Huawei launched an all-round attack in nine directions
Mars willpower: who's blocking my Wi Fi!
April 19! NASA confirms the first flight time of the wit to Mars