The delayed Lenovo savior E-sports mobile phone 2 Pro also announced recently that it will be released on April 8.

With the continuous improvement of the performance of the flagship mobile phone, how to make the mobile phone have a long life and large battery capacity is not only a problem that manufacturers need to solve, but also a major consideration for consumers when buying the phone.

In addition, the warm-up poster shows that the actual charging speed of full blood 90W super flash charging is the same as that of 120W fast charging.

At the same time, Chen Jin, general manager of Lenovo's mobile phone business in China, said that in addition to upgrading the charging capacity, Savior also specially customized this high-quality battery, which has 85% standby life after 1200 charge discharge cycles.

In terms of performance, it is equipped with the flagship processor of snapdragon 888, the industry's first dual turbine super dimensional cooling system, lpddr5 memory and dual X-axis motor.

It is worth mentioning that,It is reported that the machine will also have a 1 / 1.3-inch super large bottom lens, which is rare in game phones. 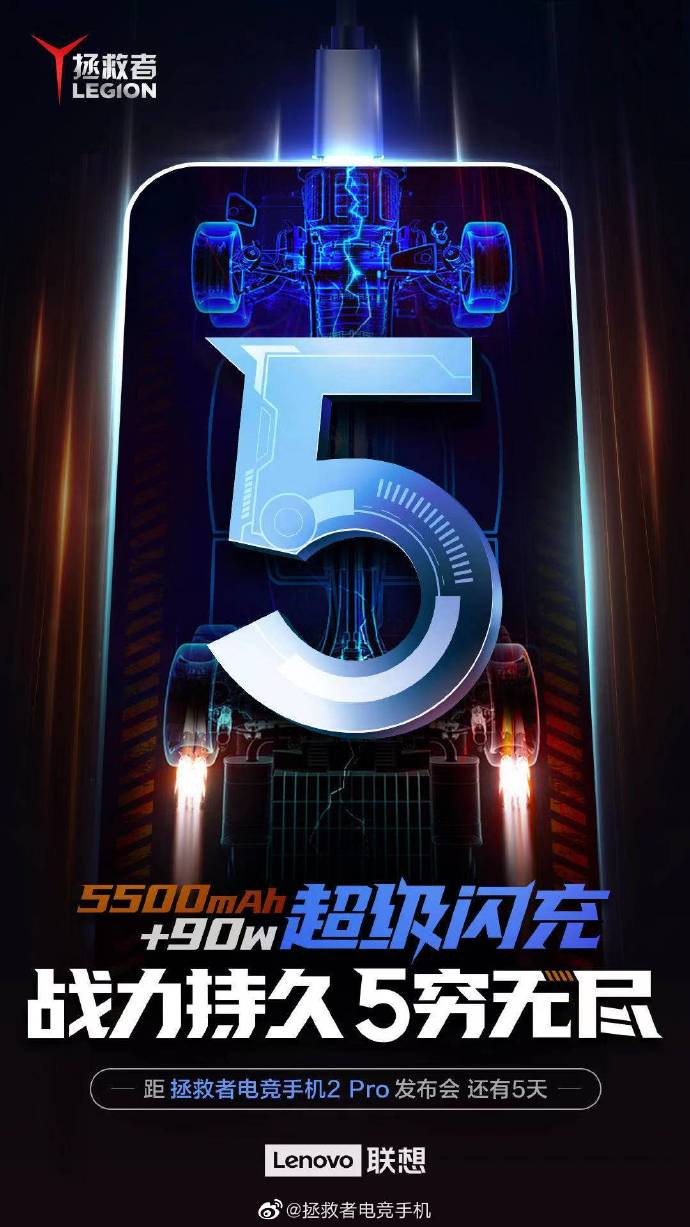