With Microsoft edge reaching a new height, the number of users of the Firefox browser has dropped dramatically 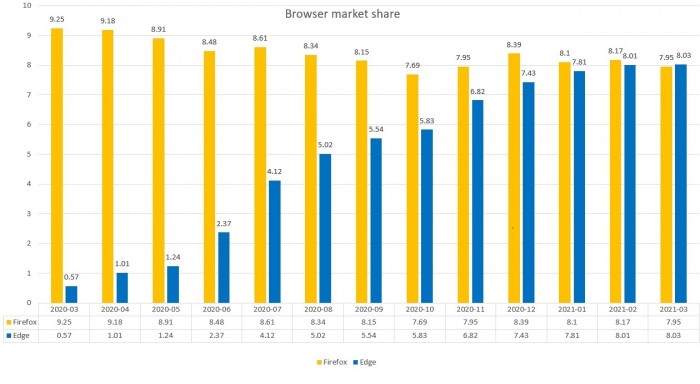 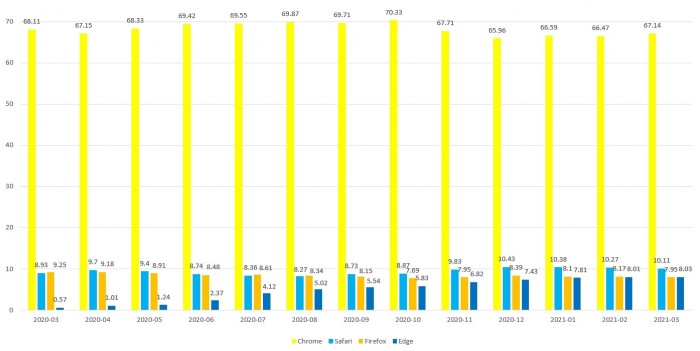 In order to better understand the growth of Microsoft edge, I used the data provided by StatCounter to make a graph. Microsoft edge's additional desktop users may come from Mozilla's Firefox and Google Chrome. Of course, the rise also involves some users from Internet Explorer, which is no longer supported.

Edge has maintained steady growth since last year, and according to this trend, it may surpass Apple's safari in 2021.

Whether it's technology or market, Microsoft is obviously doing better on edge, but people seem to be taking time to leave the discontinued IE browser. According to the report, Internet Explorer's market share is 1.7%, and its user churn rate is still very slow.

It's also worth noting that if you take into account the data from mobile and tablet computers, the overall share of Firefox is still larger than that of edge, but this data is also slowly declining.