Chip costing only $1: how to get stuck in the neck of the whole industry chain?

At present, the global semiconductor industry with a total output value of 450 billion US dollars is in crisis due to the shortage of production capacity, and the shortage of some chips affects the whole market.

To understand why the whole industry is in crisis, a better entry point is the display driver chip worth about $1.

Hundreds of different kinds of chips constitute the global semiconductor industry. The most dazzling chips are from Qualcomm and Intel. Each chip worth $100 or even more than $1000 is running in your smartphone or computer, providing powerful computing power.

In contrast, the display driver chip is very humble, its main function is to drive the screen display.

But,At present, the chip industry, as well as more and more technology companies and enterprises in other fields (such as automobile manufacturers) are facing a serious shortage of display driver chips. The supply of such chips can not keep up with the surging demand, resulting in soaring prices. This has also led to shortages and rising costs of basic components for LCD panels, TVs and laptops, as well as cars, airplanes and high-end refrigerators.

Many auto manufacturers, such as Ford, Nissan and Volkswagen, have cut back on auto production, resulting in more than $60 billion in revenue loss for the auto industry this year.

And it may be getting worse before the shortage of these chips improves. In mid February, a rare winter storm in Texas destroyed chip production there. Subsequently, a fire broke out at a major factory of Renesas, a Japanese car chip manufacturer, and the factory will be closed for a month. 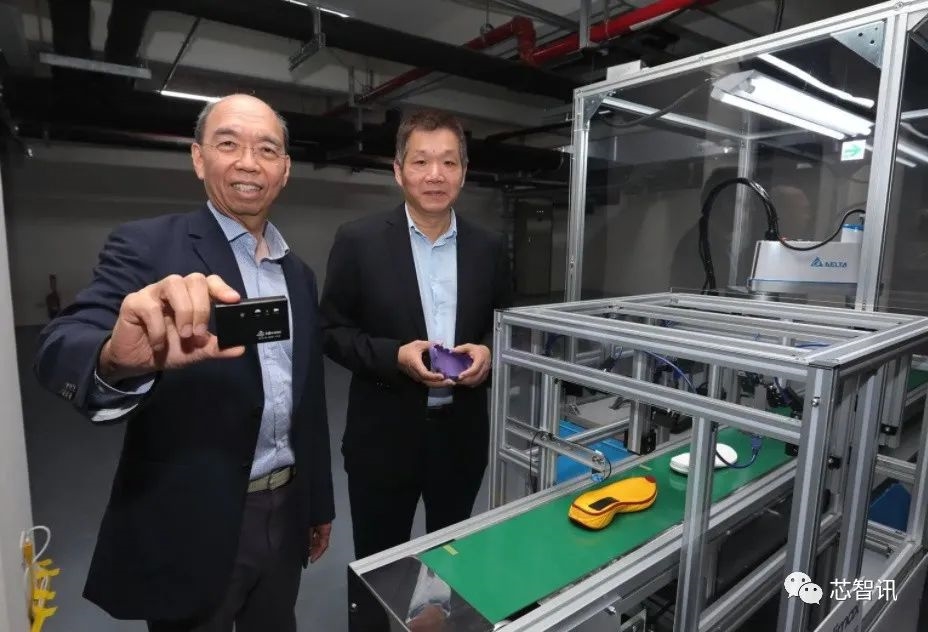 Jordan Wu, co-founder and CEO of HIMAX Technologies Co., which makes display driver chips, said in an interview with Bloomberg 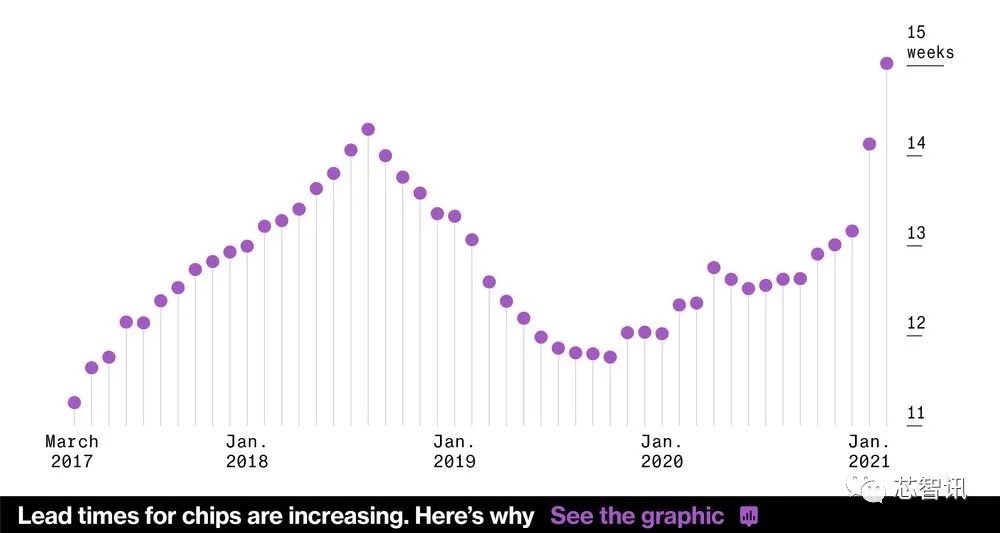 The chip shortage stems from the misjudgement of many enterprises in the 2020 New Coronavirus (Covid-19) pandemic. When covid-19 starts to spread around the world, many companies expect the market to continue to shrink and people will cut back.

Similarly, car manufacturers are blinded. They closed the factory during the blockade, and they thought demand was collapsing because no one was able to enter the exhibition hall. They asked suppliers to stop shipping parts, including chips that are increasingly important to cars.

By the end of 2020, demand will begin to pick up rapidly. People want to go out, they don't want to take public transport. Auto makers have also reopened factories to place orders with chip makers such as TSMC and Samsung.

However, the capacity of these chip manufacturers has already been filled by the demand of the consumer electronics market, which has recovered earlier. They are unable to make chips for automobile manufacturers fast enough.

Wu Bingsheng, CEO of Qijing optoelectronics, is in the storm of science and technology industry. On a recent March morning, the 61 year old, who was wearing glasses, agreed to be interviewed in his Taipei office to discuss the shortage and why it was so difficult to solve.

Wu said he could not make more display driver chips by working harder to push employees to work overtime.

This is because Qijing optoelectronics is mainly engaged in the design of display driver chips, and then uses their mature processes to manufacture chips in wafer manufacturing companies such as TSMC or liandian. This kind of chip process technology is several generations behind the most advanced process technology.

Now the bottleneck is,The chip capacity of these mature processes is being exhausted.

Wu Bingsheng pointed out that the global pandemic of the new coronavirus epidemic has stimulated the demand for consumer electronics and exacerbated this trend, so that the partners responsible for chip manufacturing can not manufacture enough display driver chips for all display panels of computers, TVs and game consoles.

The lack of production capacity of driver display chips naturally leads to the shortage and price rise of chips. 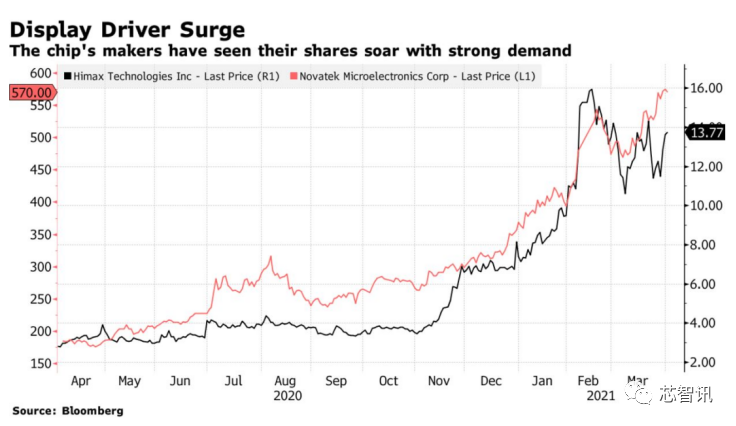 Again,Display driver chips for automotive systems have also been squeezed, as they are usually made from 8-inch silicon wafers rather than the more advanced 12 inch wafers.

According to a previous report released by Shenggao, the world's second-largest silicon wafer manufacturer, the monthly production capacity of the 8-inch equipment production line in 2020 will be about 5000 wafers, lower than that in 2017.

Now few manufacturers are building more mature node production line, because it has no economic significance.

Because of the high investment in purchasing new equipment and the depreciation of the equipment, we can only get a very low rate of return at first, and it still takes more than two years from the start of the production line to mass production. It will be a big problem whether there is such a large demand in the market two years later, so it also means that there will be a great risk in building a new mature production line.

Many of the existing production line equipment has been depreciated or will soon be depreciated, coupled with continuous full production, which means that it can produce chips with lower cost, such as display driver chips, which can cost less than $1, and is still a relatively advanced version.

It is precisely because of the shortage of display driver chips that the price of LCD is soaring. Data show that from January 2020 to March this year, the price of a 50 inch TV LCD panel doubled. 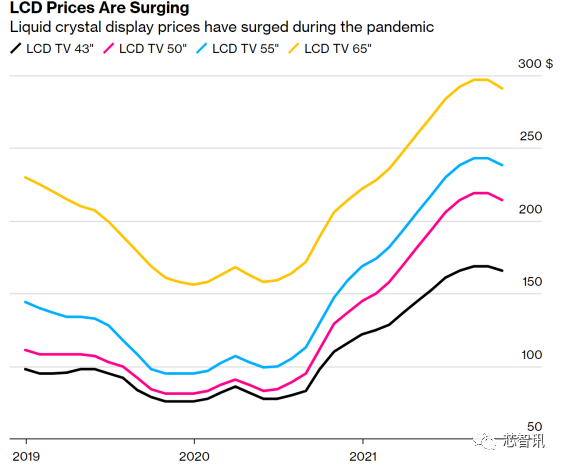 In addition to the shortage of display driver chips, the capacity of glass substrate is also a big problem.

In December last year, the glass factory of NEG, the world's largest glass substrate manufacturer, in Takatsuki, Japan, suffered an unexpected power failure for five hours on the evening of the 11th, causing damage to production equipment, and the overall capacity recovery time could be as long as four months.

Jixiu Tamura, co-founder of DSCC, a display consulting firm, said panel capacity may still be limited until at least this summer.

On April 1, I-O data device Inc., a Japanese manufacturer of large computer peripherals, raised the price of 26 LCD monitors by an average of 5000 yen, the biggest increase since they began selling monitors 20 years ago. A spokeswoman said the company would not be profitable if it did not increase costs because of rising parts costs.

Strong market demand has also led to a surge in sales of Qijing optoelectronics, whose share price has tripled since November last year.

But Wu did not celebrate. He was frustrated that he could not meet the needs of his customers at this critical moment. He doesn't expect the crisis to end soon, especially with auto parts.

Link to the original text:Xinzhixun

Related news
What exactly is Jim Keller thinking about leaving Intel chip God?
how i got back my ex lover through the help of dr osoba
HOW TO GET BACK YOUR EX IN LESS THAN 24HRS
@{GET HAPPINESS NOW+27788523569} HOW TO JOIN ILLUMINATI SOCI
Firefox Firefox 83 official release :15% increase in page loading into HTTPS-only mode
Best@ way@ of Joining Illuminati in U.K.+27788676511, HOW 2
How i got back my Lover
Hot news this week
With over 17 million number carrying users and 99% success rate in one hour, is it the best time to handle it?
Users complain that Microsoft win10 update has big problems: unable to install, performance retrogression, system crash
Xiaopeng auto executives: are considering the development of automatic driving chip to maintain a competitive advantage
Micro envelope banned vibrato link was prosecuted by users: Tencent tiktok to Shenzhen intermediate court
The first day of Tucson's future IPO in the United States: it fell nearly 20% in the session and ended flat
Qualcomm qcc5141 helps create a top wireless listening experience with the new cleer ally plus II true wireless noise reduction headset
Hard disk in a hurry! Did not expect that miners began to use hard disk to dig money, e-commerce inventory was almost wiped out
Samsung mobile phone explodes in the street! Girlfriend crying: her boyfriend's long eyelashes are burned, and her face value is declining
1 billion US dollars, over 5000 R & D personnel! Huawei Wang Jun: Huawei Bu has no revenue target this year
In 2021, Alibaba global mathematics competition was launched, and 33 "top class" mathematics students formed a luxury proposition group
The most popular news this week
Apple celebrates World Earth Day with many activities: special badge for 30 minutes of fitness
Huawei officially announced: march into the smart classroom industry
Tesla's family members voice: provide data, welcome to the designated appraisal agency, not acceptable
Heavy weight! Tsinghua University sets up "chip Institute": integrated circuit Institute is coming
American university professors submit bug code to Linux, administrators pull black school
Redmi K40 game version first revealed: carrying the industry's first miniaturized model shoulder key
Tesla will provide driving data before 6 p.m.: Zhengzhou Municipal Supervision Bureau does not appoint a third-party testing agency
How does Xiaolu Lanlan achieve the first sales of Jingdong baby snacks?
U.S. Senate hearing to discuss whether Apple and Google App Store monopolize manufacturers' complaints
FeiYu Cloud Classroom, a simple and convenient online teaching app