Can a $1 chip lead to a global economic crisis?

On April 6, an article entitled "why a shortage of $1 chips can trigger a global economic crisis" was published by Bloomberg, pointing out that the supply crisis of a few seemingly insignificant components (such as display driver chips and power management chips) is affecting the global economy. Affected by the lack of core, Ford, Nissan, Volkswagen and other auto giants have successively reduced production, which may cause the global auto industry to lose more than 60 billion US dollars this year.

The article also takes the $1 display driver chip as an example, saying that more and more intelligent terminal manufacturers are beginning to encounter the problem of core shortage, which has led to the shortage and cost increase of components such as LCD panels for TVs, laptops, cars, airplanes and high-end refrigerators.

The original text compiled by observer is as follows for reference only:

To understand why the $450 billion semiconductor industry is in crisis, a valuable entry point is a $1 display driver.

At present, the global semiconductor industry is composed of hundreds of different chips. The chips provided by Qualcomm and Intel vary in price from US $100 to US $1000. They can give powerful functions to computers or smart phones. In contrast, the display driver chip is very common: its only function is to convey basic instructions, so that the screen on the mobile phone, display or navigation system can work.

The semiconductor industry, and a growing number of companies such as automobile manufacturers, are starting to suffer from the problem of not having enough display driver chips available. The companies that produce these products are unable to meet growing demand, so prices are soaring. This has led to a shortage of LCD panels, which are key components for TVs, laptops, cars, airplanes and high-end refrigerators. 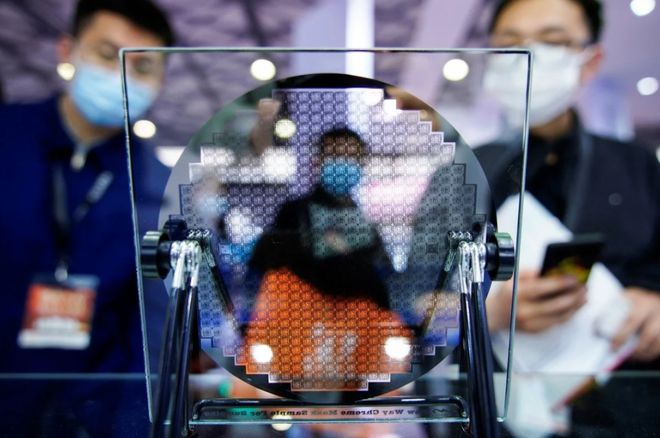 Now, these seemingly unimportant components (such as power management chip, PMIC) are also in short supply crisis, which affects the global economy. Auto makers such as Ford, Nissan and Volkswagen have cut production, resulting in an estimated loss of more than $60 billion in revenue for the global auto industry this year. 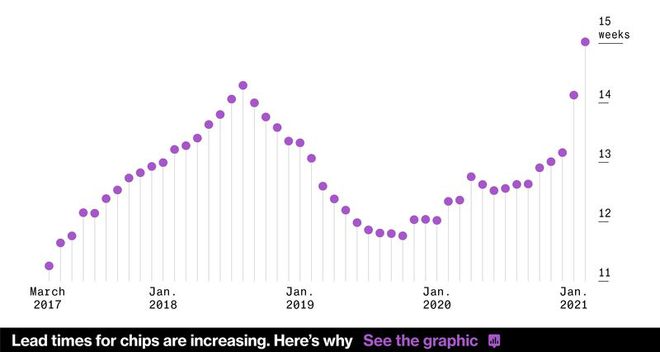 This round of chip shortage crisis began with an understandable misjudgment during the new crown pandemic last year. When the novel coronavirus pneumonia epidemic began to spread around the world, many enterprises expected that people would cut back on expenses as the situation became severe.

Car makers are also caught off guard. During the outbreak, they closed factories one after another because no one was willing to buy a car at the 4S store, and demand began to collapse. The auto giants are also asking suppliers to stop supplying parts, including chips that are increasingly important to cars.

However, demand began to pick up rapidly in the second half of last year. People want to drive, they don't want to use public transport. Automakers are also reopening factories and turning to chip makers such as TSMC and Samsung, which are unable to supply car chips fast enough.

Wu explained that his employees had done their best to supply display driver chips. The chips designed by the company are OEM by TSMC or liandian, and the mature process of 16nm or above is usually adopted, which is several generations behind the most advanced 5nm process. 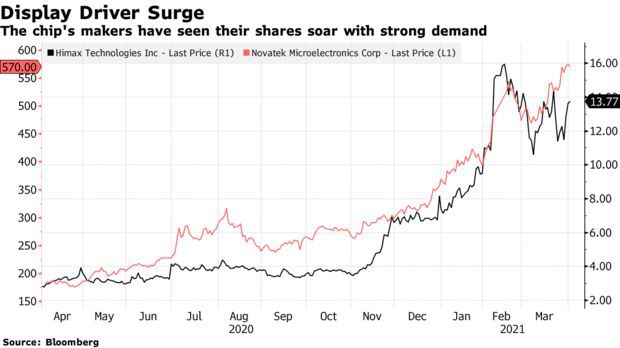 The bottleneck is that these production lines with mature processes are already full. Wu pointed out that COVID-19's demand for intelligent terminals has soared so rapidly that the semiconductor industry chain can not produce enough display drive chips for all computer, TV and game display screens. In addition, many companies are adding screens to new products, such as refrigerators, smart thermometers and car entertainment systems, further aggravating the imbalance between supply and demand.

The supply of automotive system driver chips is particularly squeezed because they are usually made on 8-inch silicon wafers rather than on more advanced 12 inch silicon wafers. Sumco Corp., the world's second-largest silicon wafer maker, reports that by 2020, the average monthly capacity of an 8-inch facility production line will be about 5000 wafers, less than in 2017. 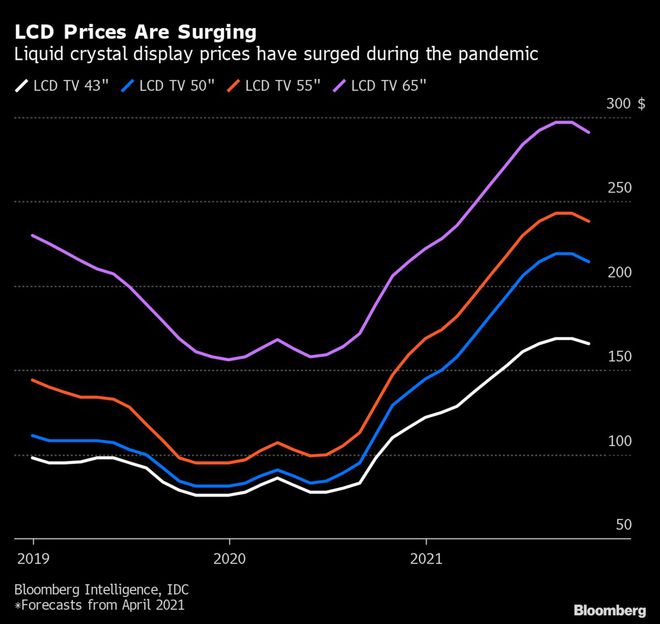 The lack of glass substrate makes the situation worse. There have been a series of accidents at the factories of major glass suppliers, including the power failure of Nippon Electric Glass Co. in December last year and the explosion of AGC fine techno in South Korea in January this year. Yoshio Tamura, co-founder of DSCC, a display consultancy, said the supply of displays is likely to remain limited, at least this summer.

On April 1, I-O data device Inc., Japan's leading manufacturer of computer peripherals, raised the price of its 26 LCD monitors by an average of 5000 yen, its biggest increase since it began selling them 20 years ago. A spokesman for the company said it would not be profitable if prices were not raised because of rising parts costs.

But Wu did not celebrate. His whole business is built around providing customers with what they want, so it's frustrating that he can't meet their requirements at such a critical moment. He doesn't think the chip shortage will end soon, especially the shortage of auto parts.