According to FIFA arrangements,The 2021 FIFA e Nations Cup continental qualifier will be held from April 30 to May 2, and the main tournament will be held in Denmark this summer, including 24 teams from all continents.

The competition gathered 64 elite players including professional FIFA online 4 players in China. They will compete fiercely in two stages through a combination of offline and online competition. Finally, seven players will be selected for the training camp of China's national E-sports football team to prepare for the Asia Pacific preliminaries.

The Asia Pacific qualifying competition will be divided into two groups. After the top three of the groups have qualified, they will compete for five competition places.

In both stages of the trial, thePlayer 1v1 modeThe online competition is a one game winning and losing system, and the offline competition is a three game two win system. 64 players compete in pairs. The winner is promoted and the loser is eliminated until seven winners are selected in the final round.

E-sports football is popular among young people and has a broad market and good development prospects. The Chinese Football Association hopes that the development of this project can attract more people to like football and love football, go from online to offline, from the front of the screen to the field, truly participate in football, and turn the cheers of the virtual world into the speed and passion of the real world.

Before that, the Chinese Football Association had formed a team to participate in the 2019 FIFA E-sports National Cup. 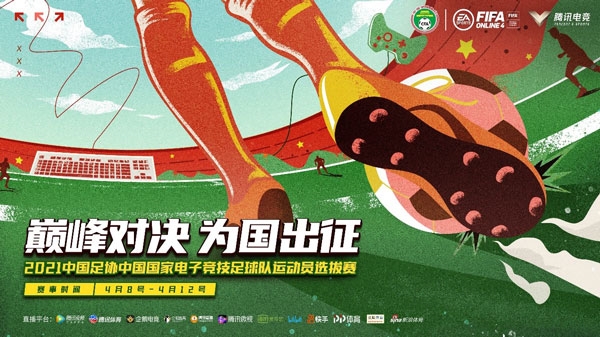