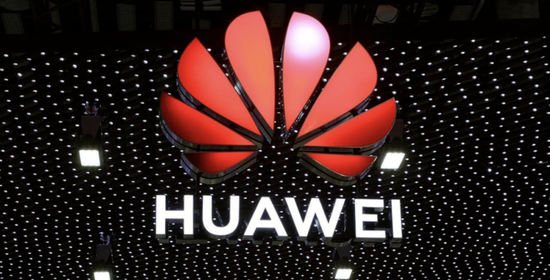 Only a year ago, Xu Zhijun, former chairman of Huawei, said tragically at Huawei's financial report communication meeting in 2019 that we should strive to survive in 2020 and release financial reports next year. Despite the dual pressure of the epidemic and sanctions, Huawei announced its 2020 financial report on March 31 as scheduled.

Based on the R & D investment of more than 720 billion yuan in the past 10 years, Huawei's hard core competitiveness in 5g, AI, IOT, cloud computing and other new generation technologies has been forged. Starlight does not ask the passers-by, and the times will reward the activists and innovators. Huawei's past success is not accidental, and there is no need to worry too much about its future development.

The three major businesses maintained a positive growth, with the proportion of domestic sales increased to 65.6%

From this mixed annual report, optimists can see that Huawei's three major businesses still maintain positive growth, and new businesses such as cloud computing develop rapidly; pessimists can also see the rapid decline of the company's revenue growth, the plight of mobile phone business and the shrinkage of overseas markets.

The annual report does not disclose the specific revenue information of mobile phone business, but according to IDC, a third-party statistical organization, Huawei's mobile phone sales in the fourth quarter of 2020 were 32.3 million units, a year-on-year decrease of 42.4%. It has fallen to the fifth place in the global mobile phone shipping volume ranking, and it is also the only one of the top five in terms of sales volume. 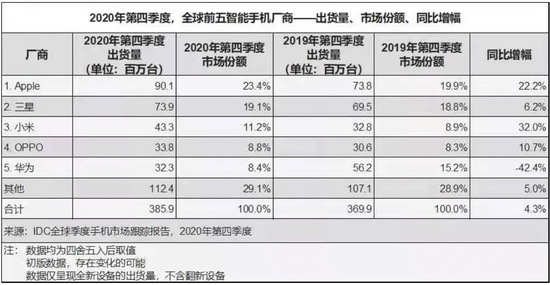 After the Android operating system was restricted in overseas market, Huawei's mobile phone chips were cut off by TSMC on September 15 last year, which may make it difficult for the supply chain crisis to change in the short term.

The good thing is that the growth rate of the company's wearable, PC, tablet, smart screen and other businesses has been as high as 65%, which has greatly offset the decline of the mobile phone business. This also highlights the growing influence of Huawei's brand. According to the annual report data, as of December 31, 2020, Huawei has more than 1 billion global terminal connections and 730 million mobile phone stock users.

In the case of uncertain mobile phone business prospects, Huawei also intends to promote the transformation of consumer business to software services, and plans to build Hongmeng OS and HMS services into globally applicable system and ecological services. So far, Huawei Hongmeng OS has attracted more than 20 hardware manufacturers and 280 application manufacturers to participate in the ecological construction. Hongmeng OS mobile phone will be launched in April, and the first batch of upgraded models will be Huawei mate x2 folding screen mobile phones.

In terms of sales regions, Huawei's domestic market revenue reached 584.91 billion yuan, up 15.4% year-on-year, accounting for 65.6% of the total revenue, up 6.6% compared with that in 2019. Due to the ecological impact of consumer business's inability to use GMS, Huawei's revenue in Europe, Middle East, Africa, Asia Pacific and America all declined to varying degrees. Among them, the American market fell by 24.5% year on year, with the highest decline rate.

The domestic market has become the key to Huawei's performance growth. In addition to Huawei's higher brand influence and faster growth in consumer terminal sales of non mobile business, Huawei's cloud computing and other tob businesses are mainly in the domestic market, which is expected to become Huawei's next growth pillar.

Under the influence of the chip outage and the blocking of 5g construction business in overseas markets such as the UK, the growth rate of Huawei's consumer terminals and communication equipment business has declined sharply, only maintaining a slight growth. Driven by new businesses such as cloud computing, the enterprise business oriented to government enterprise digitization has achieved a year-on-year growth of 23%, which is expected to be high.

COVID-19 burst greatly accelerated the process of digitalization of enterprises, and the overall progress of cloud computing in enterprises was 1-3 years ahead of schedule. IDC report shows that in the first quarter of 2020, the overall market size of China's public cloud services (IAAs / PAAS / SaaS) reached US $3.92 billion, of which the IAAs market grew by 57.6% and PAAS market grew by 64.6% year on year.

Different from the digital transformation of Internet enterprises in the first stage, the traditional industries represented by finance, manufacturing, education, and medical care have moved their production management systems to the cloud after the outbreak of the epidemic. The main scene of enterprise digitization has extended from office to production. In other words, the epidemic has greatly reduced the education cost of enterprise digital transformation.

However, Huawei's annual report still does not disclose the specific revenue data of the cloud business. The canalys report shows that in 2020, Huawei will rank second in China's public cloud market and sixth in the global IAAs market, with a growth rate of 222.2%. 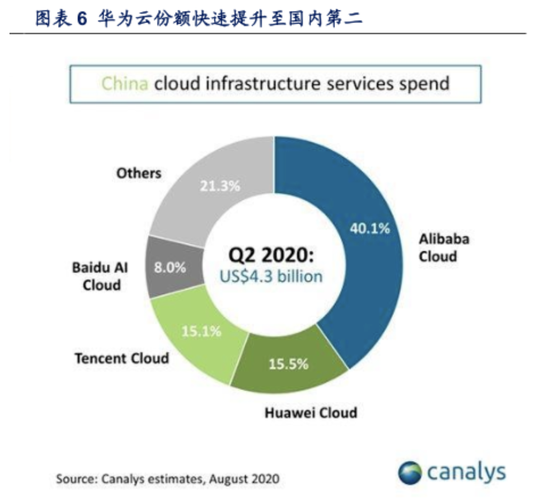 In addition, the trillion scale intelligent electric vehicle market is expected to become another strategic support point for Huawei. As for the issue of car making that is generally concerned by the market, Huawei reiterated in its annual report that the company's positioning in the automotive industry has always been to be a supplier of intelligent car parts, and Huawei should help automobile manufacturers build good cars.

High investment in R & D has been maintained, with more than 100000 R & D personnel worldwide

Although the operating revenue and net profit have maintained a positive growth, Huawei has seen a sharp decline in the core indicator of operating cash flow. According to the annual report, in 2020, Huawei's cash flow from operating activities was 35.218 billion yuan, down 61.5% year on year, reaching a new low of nearly five years.

Industry insiders believe that there are two main reasons for the decline of Huawei's operating cash flow. First, in order to deal with the sanctions, the company needs to prepare a large number of chips and other components. By the end of 2020, the company's inventory has reached 16.77 billion yuan.

In addition, under the pressure of entity list, Huawei's suppliers may have significantly shortened the accounting period. According to the annual report, the company's accounts payable turnover days (DPO) was 48 days, a year-on-year decrease of 43 days. The supplier's accounting period was shortened, reducing the cash flow.

However, in the context of a sharp decline in operating cash flow, Huawei still did not reduce R & D investment. In 2020, the company's R & D expenditure will reach 141.893 billion yuan, with a R & D expenditure rate of 15.9%, reaching a new record. 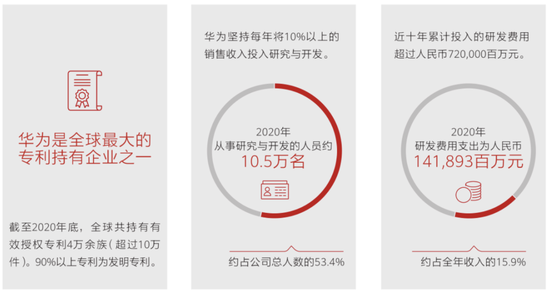 In fact, Huawei insists on putting more than 10% of its sales revenue into research and development every year. In the past decade, the company's total R & D expenditure exceeded 720 billion yuan, ranking first among Chinese enterprises. By the end of 2020, Huawei's global R & D staff has reached 105000, accounting for 53.4% of the total number of employees. At present, the company has more than 100000 valid authorized patents in the world, of which more than 90% are invention patents.

Obviously, Huawei's past success is not accidental. It is based on the R & D investment of more than 720 billion yuan in the past 10 years that Huawei's hard core competitiveness in 5g, AI, IOT, cloud computing and other new generation technologies has been built. In the face of adversity, Huawei still insists on high proportion of investment in R & D and continuous strong investment in technological innovation and invention, so there is no need to worry too much about Huawei's future development. Starlight does not ask the passers-by, and the times will reward the activists and innovators.