It is understood that many manufacturers in the industry have started to lay out the product line in advance.

As the world's leading Gan IDM enterprise, innoseco has also made great efforts in this power band, bringing a bright product. 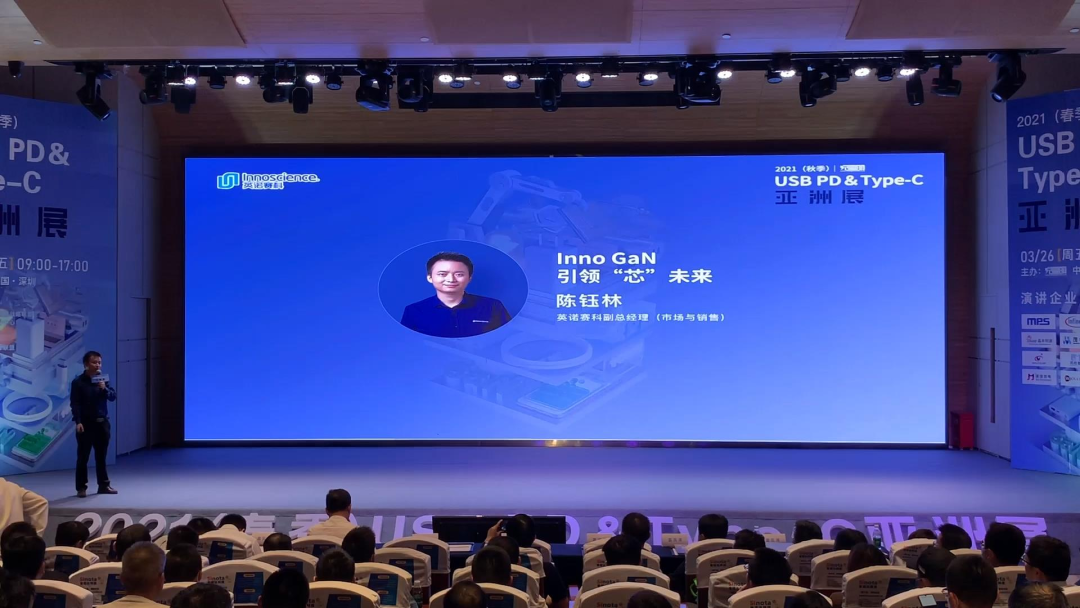 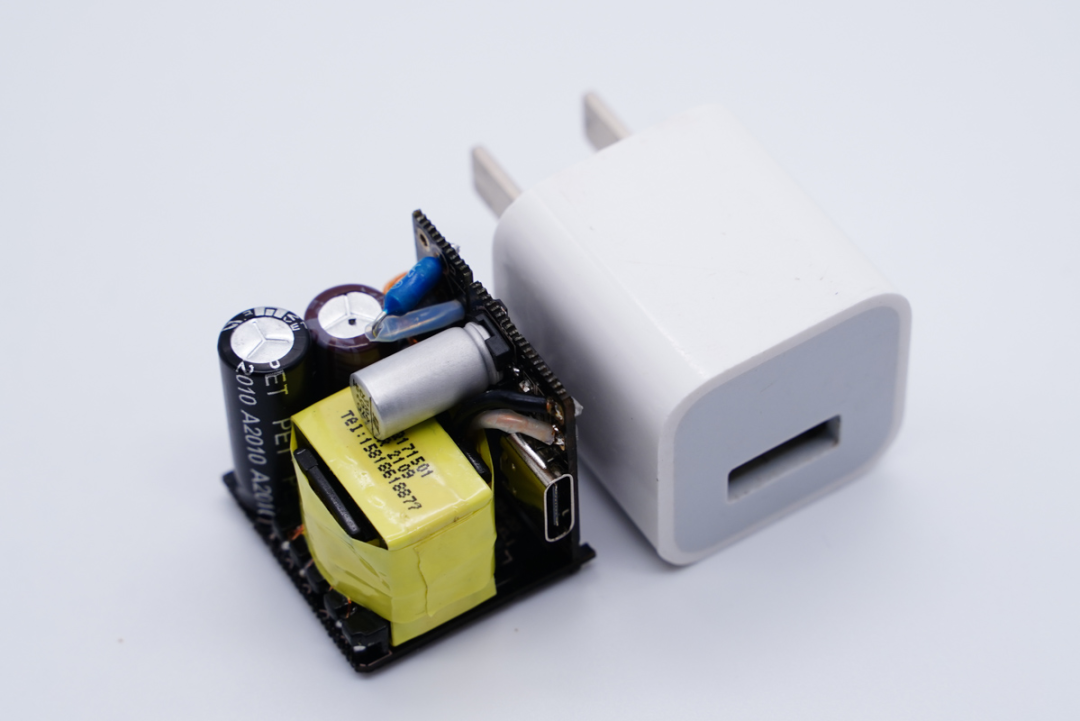 According to Mr. Chen Yulin's analysis, apple is now in the layout of Gan fast charging, and 30W is very likely to become Apple's first Gan product.

In order to meet the next market trend brought by Apple's 30W Gan fast charging, innoseco specially launched the second generation of innogan series new product inn650da04, and developed a 33W Ultra Mini Gan fast charging reference design based on the new product, which is only the size of Apple's 5W charger. 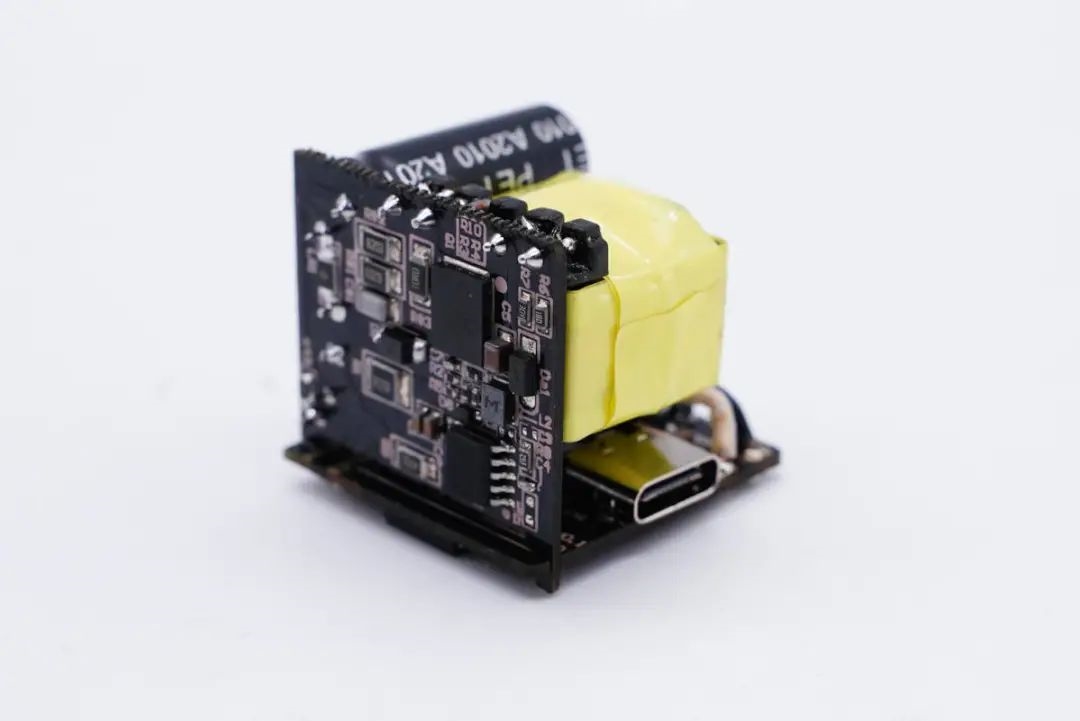 Compact appearance is a major feature of the scheme, and its internal circuit design is very simple. It can be seen from the pictures that the scheme is only simpleOnly two PCBs can realize all functionsIt's a real sight. And fully realize the independent control of the core technology, stable supply. 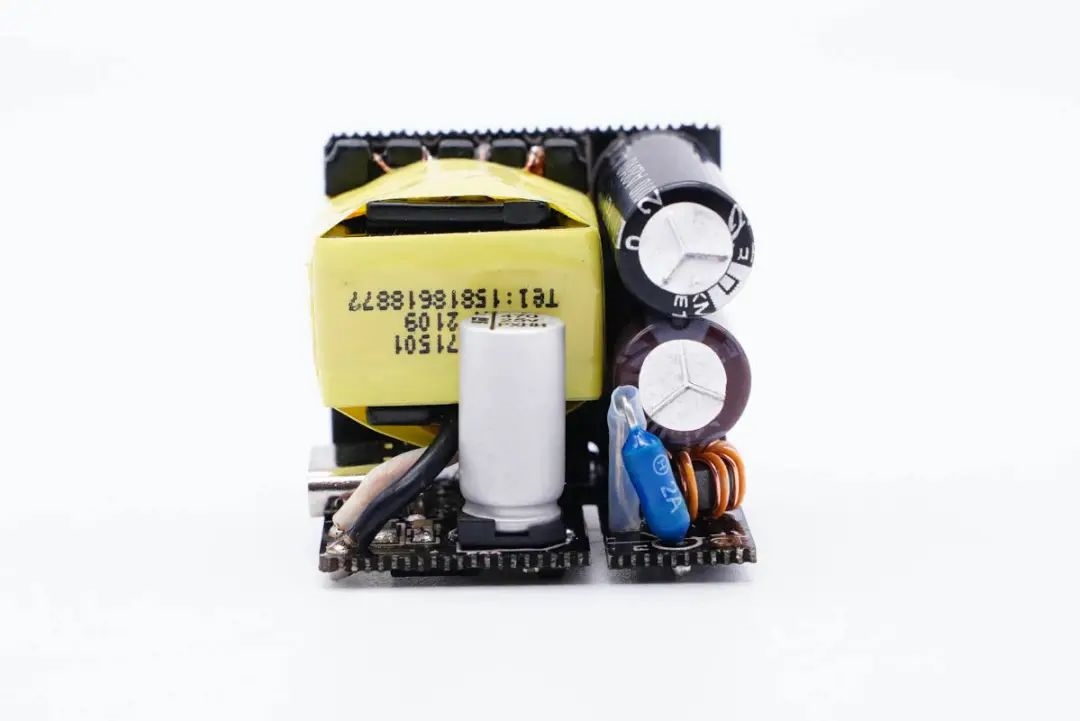 It is worth mentioning that this reference design not only meets the maximum 33W fast charging output, but also meets the safety requirements in terms of temperature rise and EMI. It solves the two major difficulties in the product development process of fast charging power supply manufacturers, and can help customers speed up mass production and seize the market. 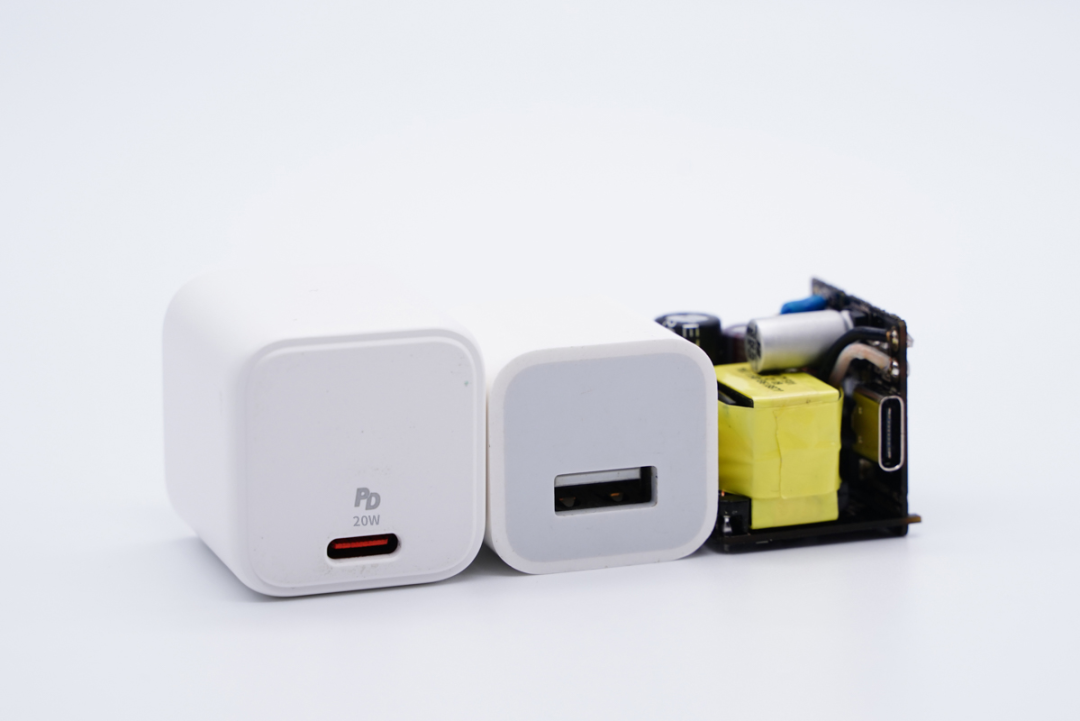 However, due to the improvement of power, most of the traditional built-in MOS power chip solutions can not meet the application requirements, and the discrete device solution becomes the first choice.

However, if we choose the traditional silicon MOS as the main switch, we need to face two major problems: one is that the efficiency is low, the heating is large, and the compact design cannot be realized; the other is that since the second half of 2020, due to the continuous impact of shortage, the price and supply of power semiconductors have become very unstable. 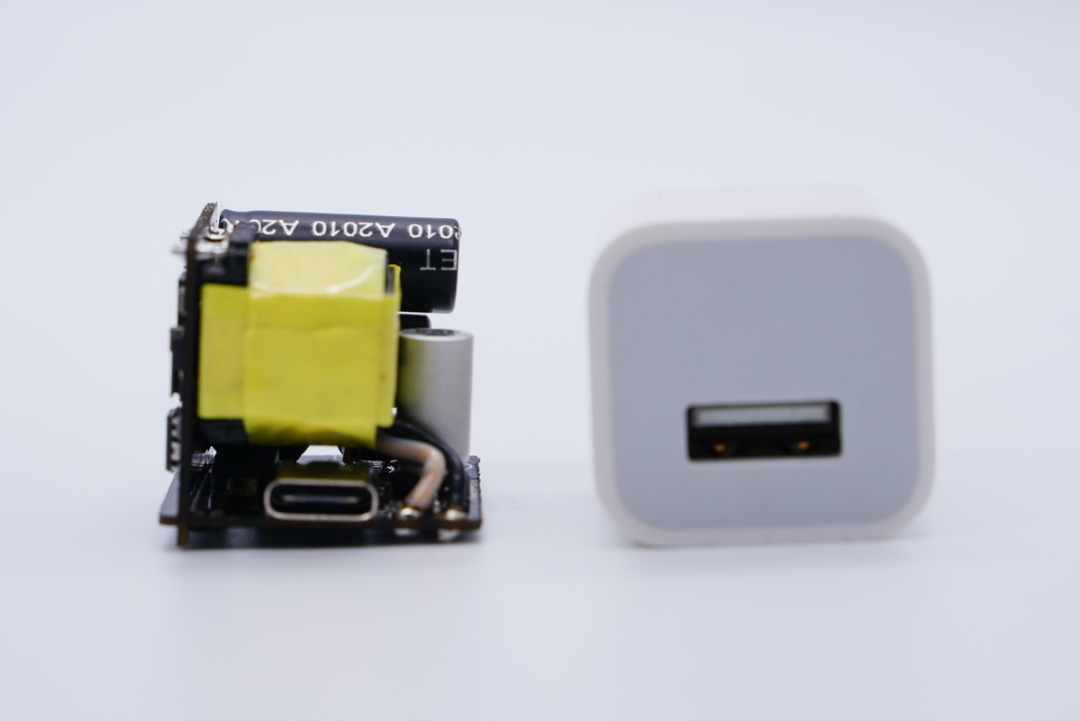 As a leading Gan IDM company in the world, innoseco has built its own 8-inch advanced Si based Gan power device mass production line, covering all voltage products from 30V to 650V. Its Fab base in Suzhou will also be put into production in June this year, and it will produce 65000 8-inch Si based Gan wafers per month after its completion.

The launch of innoseco's second-generation innogan product, inn650da04, will alleviate the tight supply and demand relationship in the fast charging industry chain to a certain extent. In addition, innoseco has adopted strategic pricing for the new product, which is very competitive in the market. 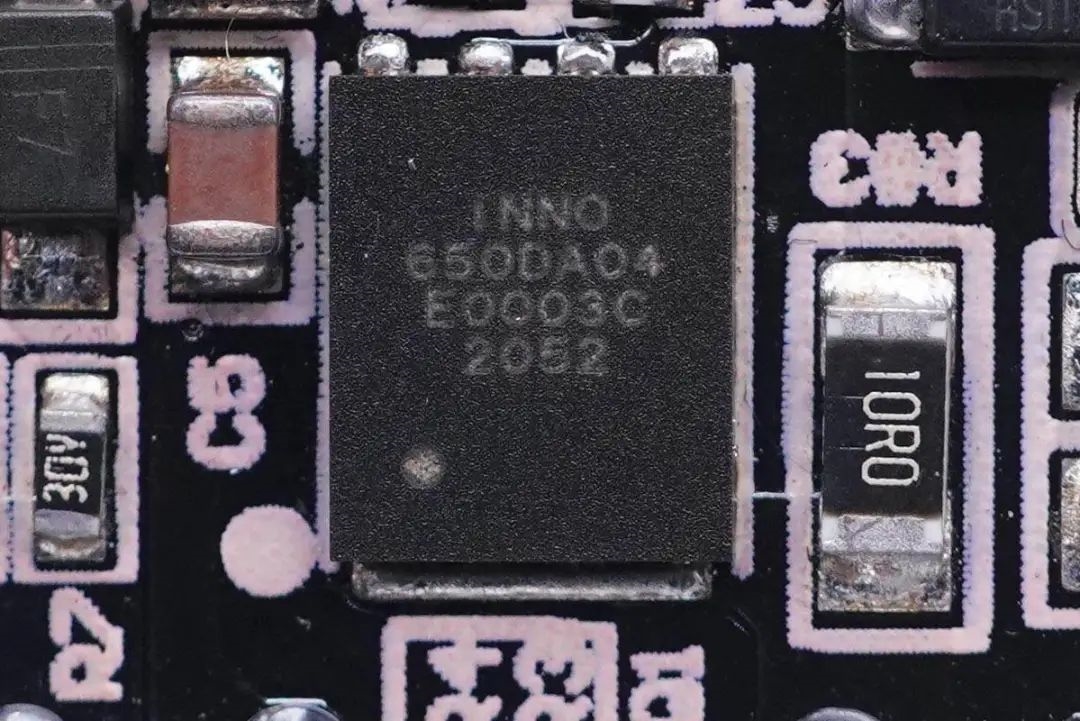 Innoseco revealed that inn650da04 was favored by many power supply manufacturers as soon as it was launched. At present, the cumulative orders have exceeded 2KK, and new customers have been placing orders one after another.

Once Apple's 30W Gan fast charge is launched, it is expected that the monthly order volume of the Gan device will reach 5kk, which will become a phenomenal explosion in the field of power devices in the second half of 2021.

Analysis of advantages of innogan

The charging head network has learned that the second-generation new product of Innotech innogan series, inn650da04, has the characteristics of high frequency, high efficiency, extremely low loss, fast active heat dissipation, etc. at the same time, it is packaged with dfn5 * 6, which helps the power supply engineers to realize the high efficiency and small volume of the product. 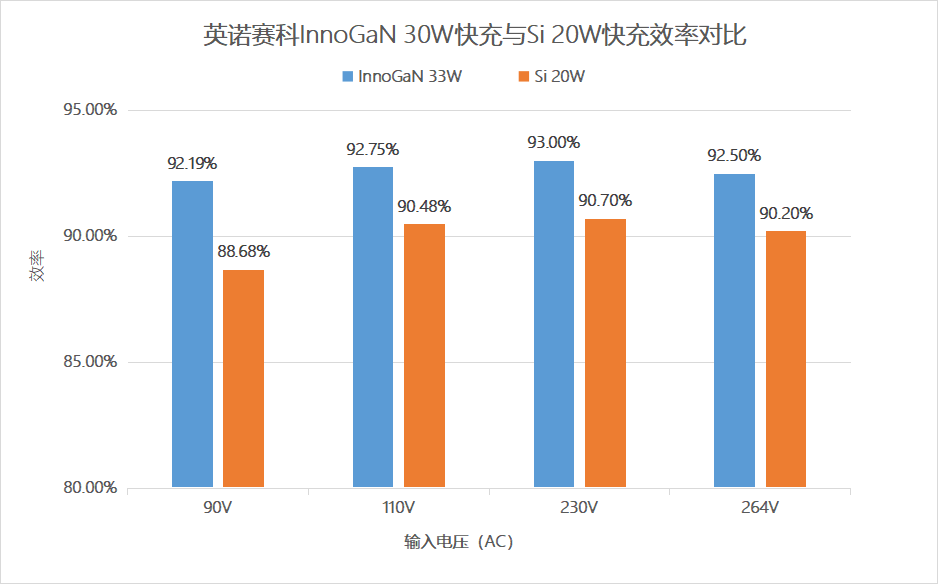 In terms of efficiency, the efficiency of innoseco's 33W Gan fast charging scheme is above 92% no matter at 90ac, 115VAC input or 230VAC, 264Vac input. Compared with the mainstream 20W silicon scheme on the market, the efficiency is increased by 3%. The low heating brought by high efficiency ensures the design of small volume and high power density products. 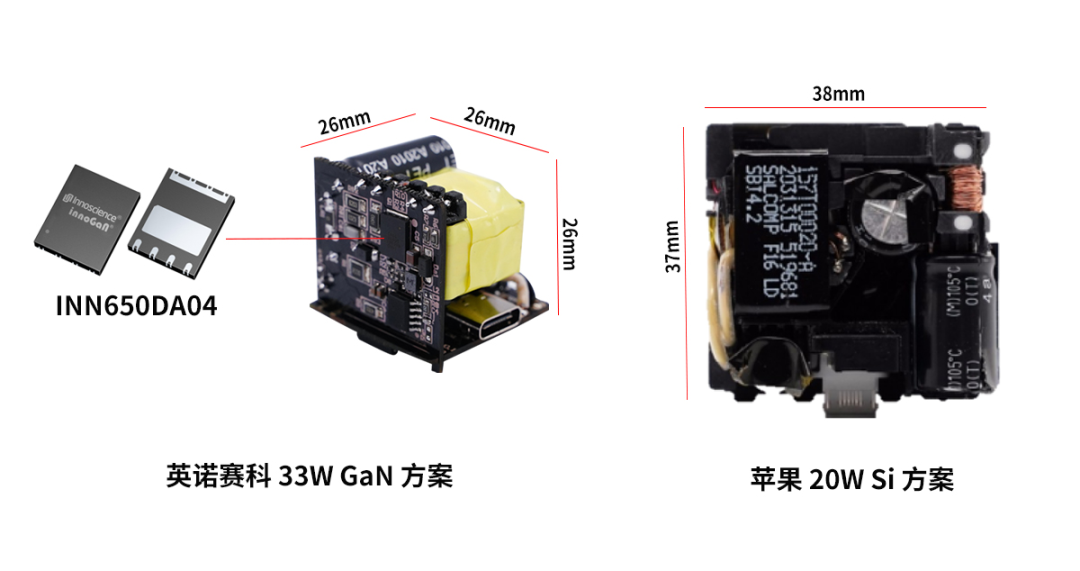 Recently, there is a saying in the industry: 20W in the first half and 30W in the second half.

Innotech innogan is not only superior to traditional silicon MOS solutions in terms of high efficiency and small size, but also has great advantages in price and stable supply. With simple design and layout, it is easy to realize the development of 33W Mini Gan fast charging products, and greatly reduce the system cost and production cost, which can be described as cost-effective.

If 20W fast charging is the home of built-in MOS power chip, then the future 30W Gan fast charging market will become the stage for innogan to show its talents, which is worth looking forward to!