Recently, redmi Mobile has officially announced that it will hold an online new product launch on April 27 to officially launch the enhanced version of redmi K40 game, which is also the first time that the brand has launched a game mobile product.

This morning, Lu Weibing, general manager of redmi brand, announced the running information of the aircraft,Among them, the performance score of redmi K40 enhanced version in antutu V9 version is 724000, which is equal to that of Qualcomm flagship snapdragon 870,It will bring the ultimate game performance output to users.

According to official sources,

Tianji 1200 adopts advanced and stable 6nm process technology, which can effectively balance performance and endurance performance, andIt has brought the industry's highest dominant frequency 3.0GHz A78 super core, and the GPU adopts mali-g77, which is the strongest game chip in the history of DTT.

In addition,Tianji 1200 also implemented ray tracing technology for the first time on mobile phones,The rendered game picture is brighter, and the shadow effect is more realistic, which can bring a game picture comparable to the real one for mobile game players.

In addition to the top performance output,Redmi K40 enhanced version of the game also brings a unique lifting shoulder key, which can easily achieve multi finger operation. At the same time, it can be hidden by one button through the sliding button, and the second becomes normal.

It is worth mentioning that,This time, redmi will continue to carry out the ultimate cost performance brand mission. Lu Weibing said that he will use this mobile phone to break through the bottom line of game mobile phone price, and make the professional E-sports experience more affordable to the public,It's worth looking forward to. 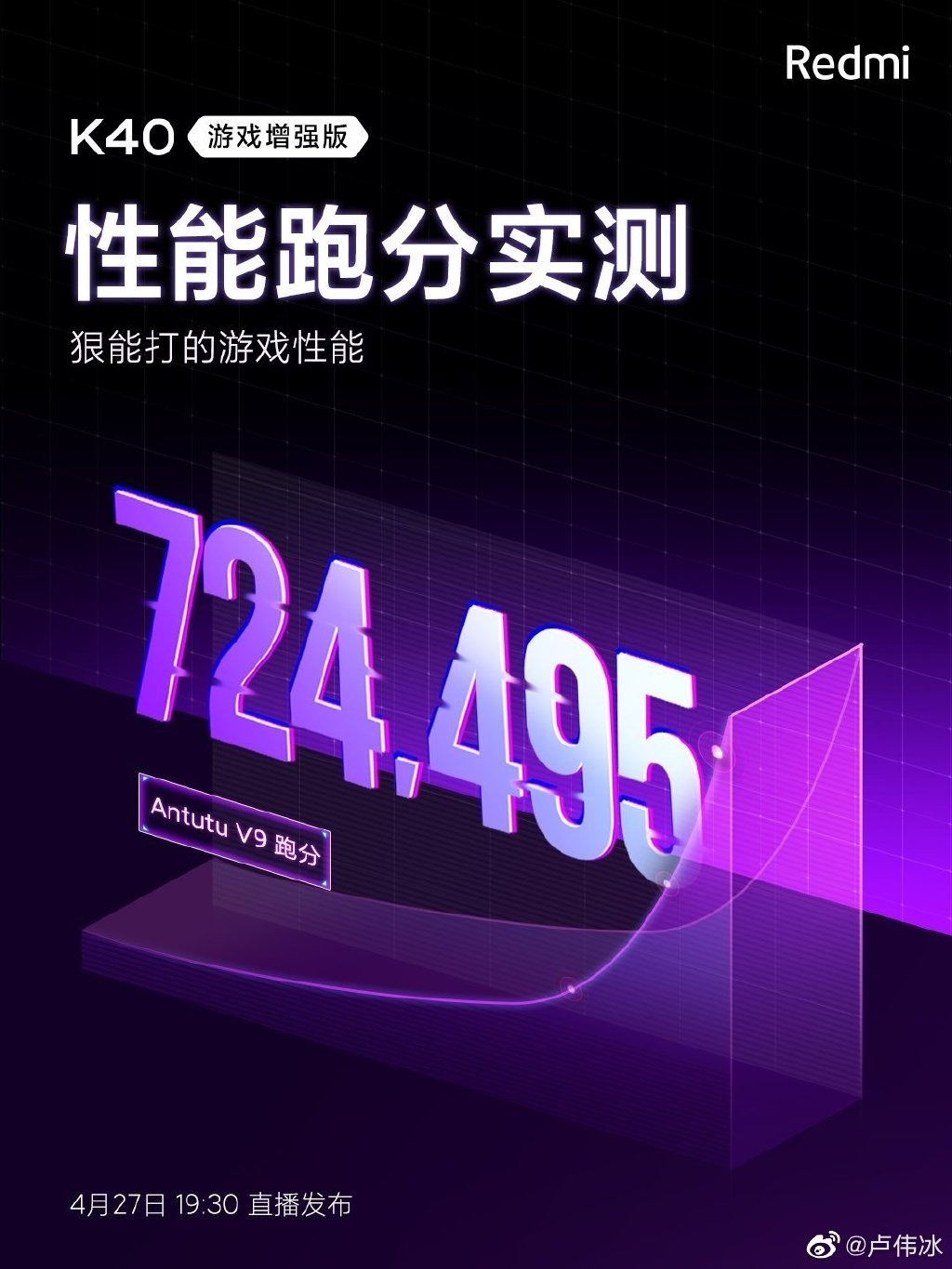