On April 24, Lu Weibing, President of Xiaomi group in China and general manager of redmi brand, warmed up the enhanced version of redmi K40 game.

Lu Weibing said that the K40 game version uses the AMOLED flexible screen as the straight screen, which is a more expensive solution. Due to the cost problem, very few products use this solution. If there is one, it is generally only used in mobile phones with more than 3000 yuan.

In order to emphasize that redmi K40 plus has a very narrow bandwidth,Lu Weibing brought competitive mobile phones for comparison, as shown in the figure, K40 game enhanced version performs better.

Some netizens said that K40 users were envious.

Lu Weibing stressed that,No matter who we compare with, our K40 game version has great advantages.This is the value of OLED flexible screen, whether playing games or daily use, it is more immersive and has a better visual impression. Although the flexible screen is very expensive, it's worth it!

The new product will be released on April 27, and has been open for appointment on major platforms. 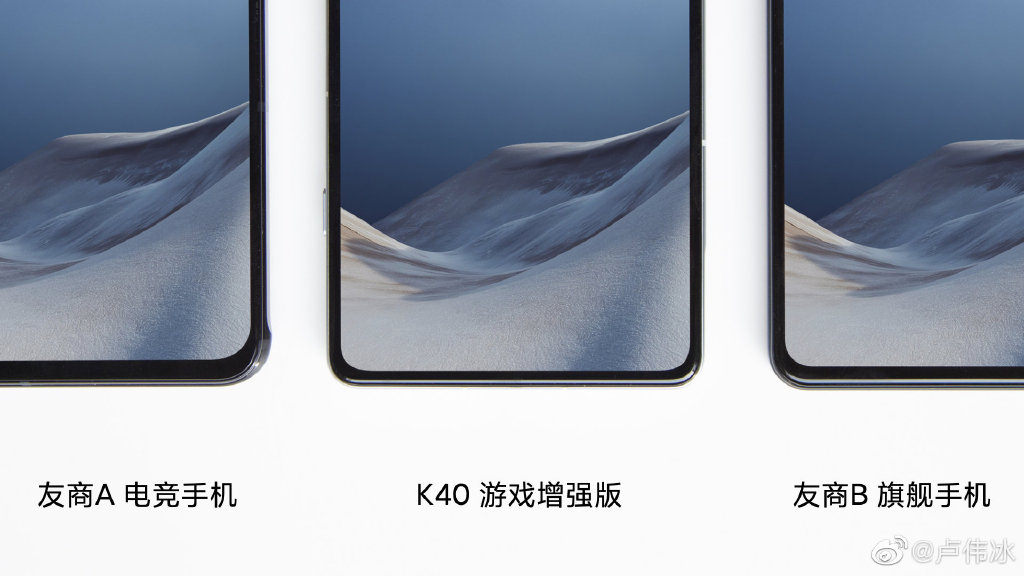