Tesla has been doing a lot of things recently, but none of them are good. The rights protection of female car owners at Shanghai auto show has aroused concern. The accident in Zengcheng District of Guangzhou has caused death. It has also been revealed in Xiamen that Tesla is suspected to be out of control and hit an electric car

According to reports, testers can successfully cheat autopilot by installing a weight chain on the steering wheel of model y and fastening the seat belt on the seat. 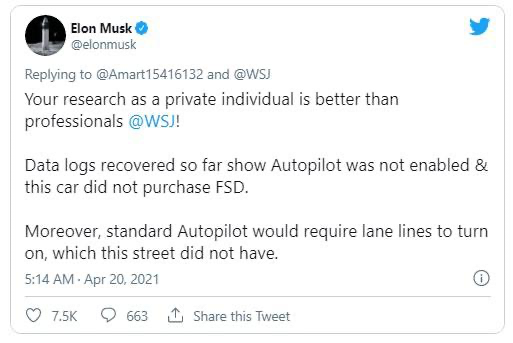 In other words, the system can not identify whether the driver is in the formal driving state, only through the sensors on the steering wheel and seat to judge. This is different from the automatic driving assistance system of BMW, Ford and other automobile companies. The latter is equipped with cameras to observe the driver's head movements and ensure that the driver is in a normal driving state. Compared with the two, the autopilot system seems a little rough.

However, musk is full of confidence in the autopilot system. In a podcast in February, he said:

So far, Tesla has not yet replied to the news, while the investigation into the Texas accident is still continuing. The U.S. police have issued a search warrant to Tesla to obtain all the data of the vehicles involved in the accident in Texas, so as to make a more accurate analysis.

Is the data submitted by Tesla true?

It is reported that the car owner's family had a car accident on February 21 this year due to brake failure. After negotiation with Tesla, the negotiation failed, so this way was adopted to attract attention and protect rights. 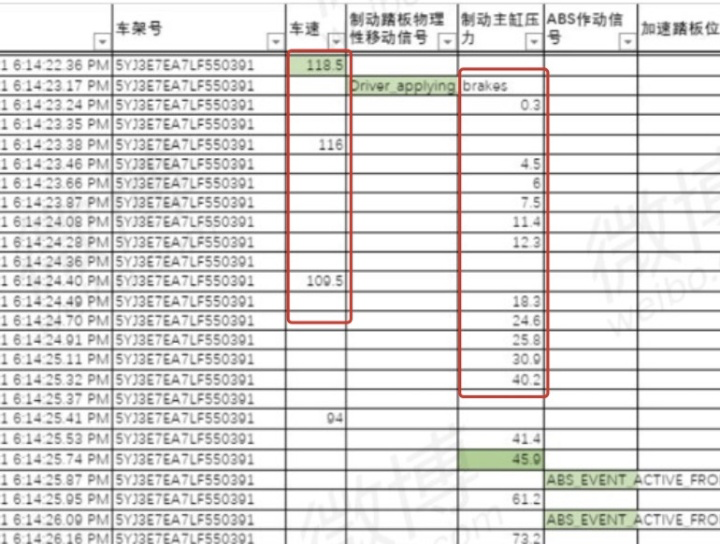 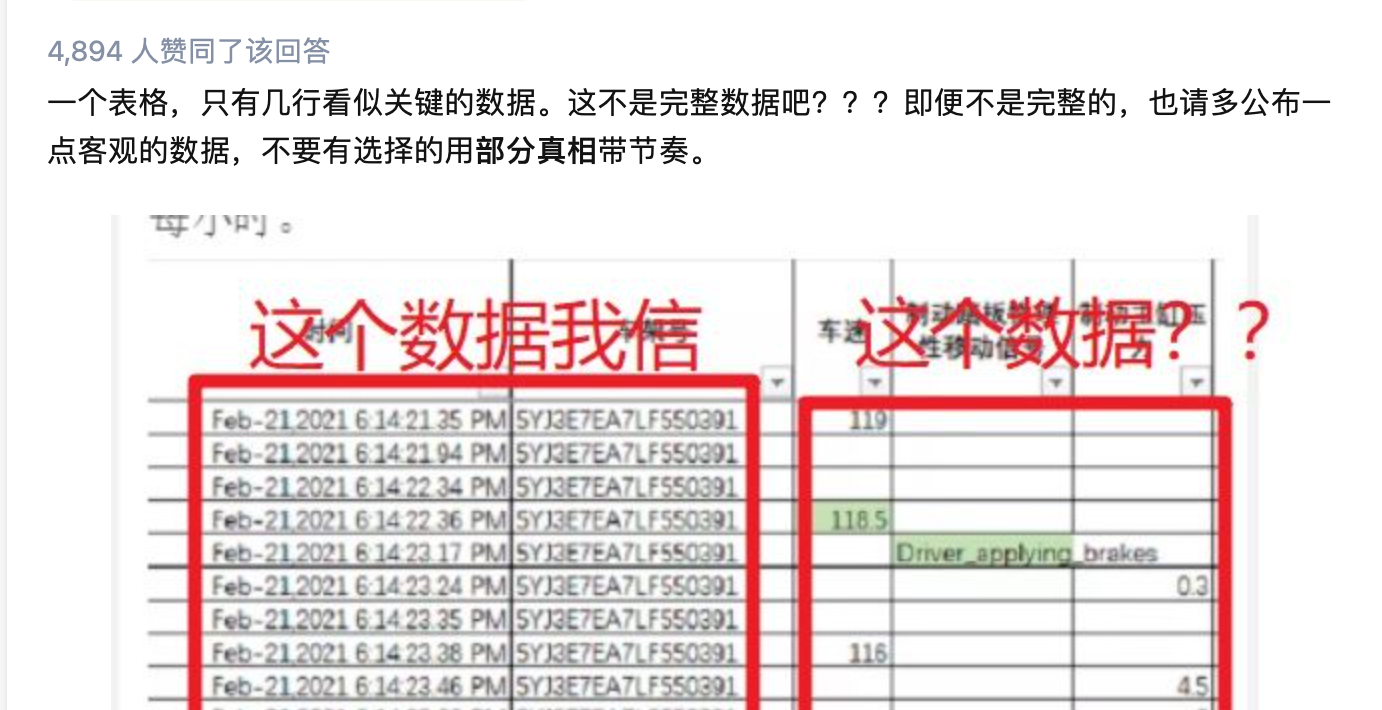 In other words, the software of smart car contains many algorithms. Through logical analysis of different algorithms, it is possible to draw a conclusion far from the truth. Even if the logic is told, the things developed in depth will also be told selectively, because they involve intellectual property rights and core technologies.

Domestic news about Tesla's accident happens from time to time. At about 10 p.m. on April 17, a Tesla vehicle hit the cement isolation belt and caught fire in the north of Dongjiang Avenue in Guangzhou, killing a passenger on the spot. 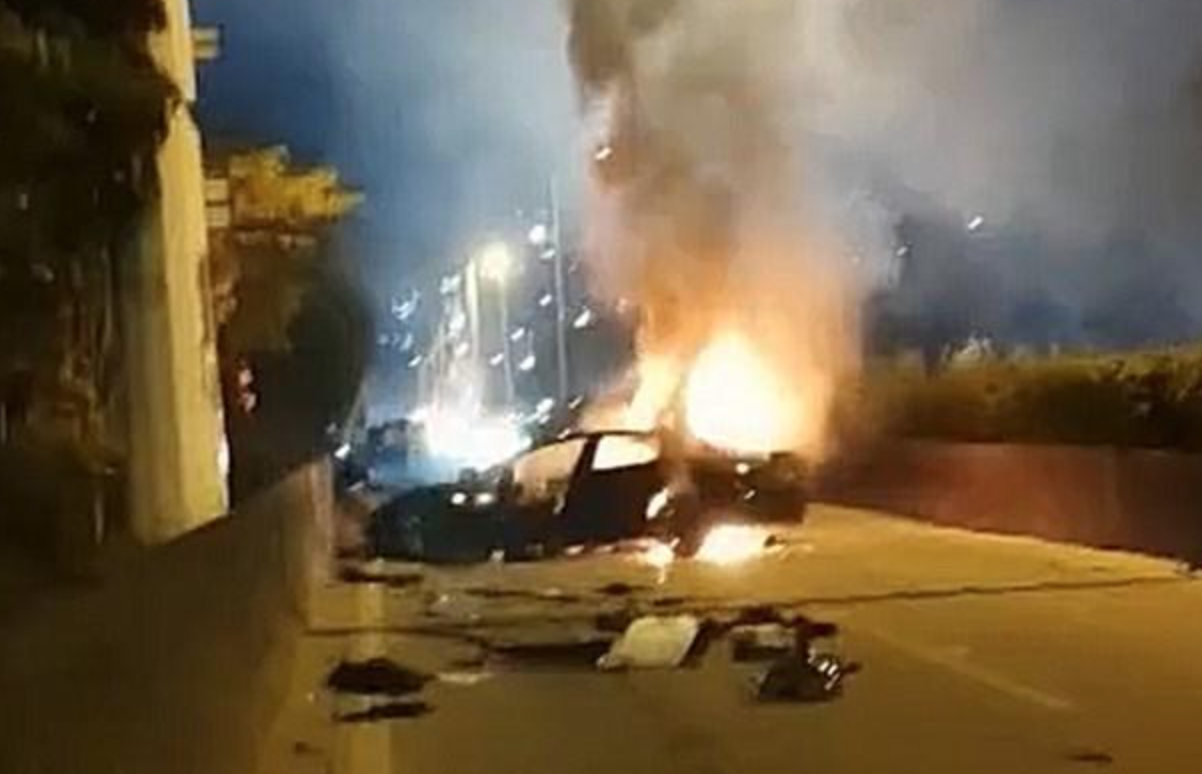 According to the information disclosed by the friend of the party concerned, when the accident happened, the owner of the car was due to the bad road condition in the left lane. After changing to the right lane, Tesla's autopilot system began to grab the steering wheel of the owner, resulting in the failure to return the steering wheel to the right. Tesla's AP Lane Assist system did not judge the cement barrier on the right side of the road, and forcibly intervened in the driving of the owner, resulting in the accident. At present, the cause of the accident is under investigation. 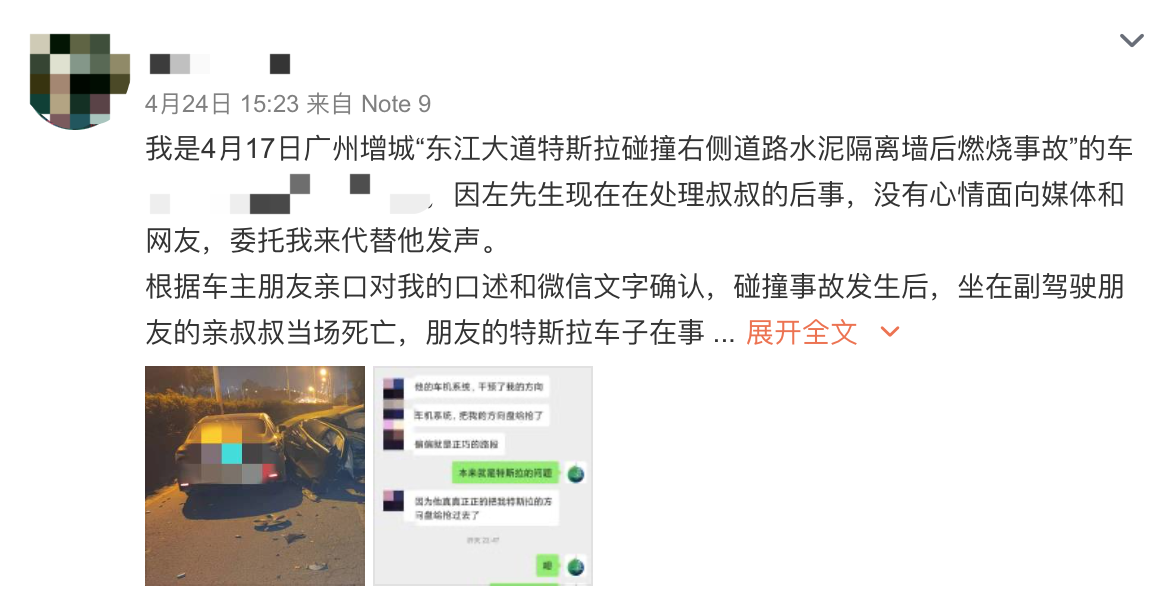 However, this accident after accident does not seem to confirm the authenticity of this data. There may be a question mark about the safety of Tesla.

Of course, we also expect Tesla to give us a reasonable explanation.

Related news
Car owners rights Model 3 simple match! What happened to Tesla on the altar?
What exactly is Jim Keller thinking about leaving Intel chip God?
US Agency investigates touch screen failure or is forced to recall 63000 model s
Tesla launches model y rental service from $499 per month
Domestic Tesla Model y appears in MIIT
Tesla Model y drops 160000, too powerful! Weilai forum has been occupied
Tesla Model y has to wait for a quarter to pick up the car after the price reduction, and the analysis says that there is a high probability that the price will be reduced
Tesla China announced the recall of 285000 models 3 and Y
Hot news this week
Titanium Media Publish Assesum: People's Bank: Digital RMB Winter Olympics pilot has entered the sprint phase; Tesla announced that 250,000 Powerwall energy storage power stations have been installed
Volvo pure electric C40 China first show: giant transformation, open electrification era new offensive
Close to the apple millet, two weeks of consecutive weeks, China Smartphone second: 3 years, the world's first
Alibaba and Tencent have received more than half of the 43 antitrust fines, and lawyers say the penalties are likely to increase
Heavy weight! China team "100 billion-level super-calculated simulation quantum" won two nominations in Gordon Bell Prize
The visualization tool shows a large cloud of debris generated by the Russian anti-satellite missile test
What is the Yuan Universe? Why do you pay attention to it? - Decoding Yuan Universe
Study on the sequelae of COVID-19 in the Chinese team: Shortness of breath, depression and other problems still existed nearly one year after discharge
Capital does not love SAIC, "flying" subsidiary, Jet Hydrogen Technology intends to go to science and technology board
Tencent responded to "APP to get ridiculous": Upgrade APP is now downloaded for user rights protection
The most popular news this week
Google and Apple have been fined nearly 100 million yuan for allegedly "stealing" user data
700 million people to buy each month buy: spent a lot of Q3 income rose 51%
From March 1 next year, the personal payment code of wechat Alipay will not be used for business payment
Tesla plans to complete at least US $ 1.06 billion in the construction of the Austin plant before the end of this year.
Musk says don't touch your phone!
Current payment! WeChat, Alipay will have a large change
Apple restizes Turkish product sales business prices
Special spells in the third quarter of the third quarter of the year increased by 51% year-on-year, net profit is 1.64 billion yuan.
Beijing Internet Court: The merchant comes with "Review Cashback" card can constitute fraud
When can I fade in the deficiencies?