Why is Nantong "the most injured" when the plane is blown to the original place and attacked by the strong wind? 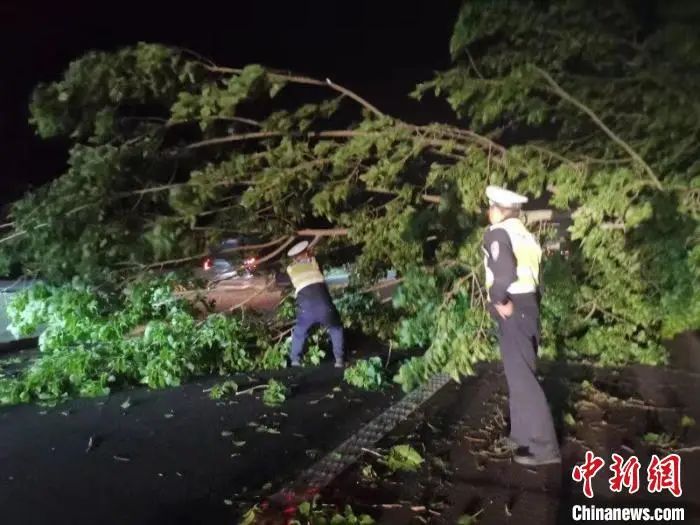 In the evening of April 30, strong convective weather such as thunderstorm, gale and hail occurred in Nantong City, with the maximum wind force reaching 14. Photo by police

On the afternoon of April 30, Nantong and its surrounding areas were still sunny, and the temperature rose to 30 degrees Celsius. Why did it suddenly turn into extreme disaster weather? Who is the culprit behind it? The reporter interviewed Professor Wang Lijuan of Nanjing University of information engineering.

The word "cold vortex" is not strange. Every year, at the turn of spring and summer, cold vortex begins to appear frequently in the weather forecast, and makes trouble for people from time to time.

Generally, we call the northeast cold vortex system which appears in Northeast China and lasts for more than three days. It's like a rotating column of cold air, falling to the ground from an altitude of 5000 meters. Driven by the northerly wind, it goes all the way south from Northeast China, Inner Mongolia and other regions, bringing cold air to the south.

In addition, the Arctic region is also rich in cold eddies. In April this year, an Arctic cold vortex directly attacked Xinjiang, causing cooling and snowfall in some areas.

Why is lengwo so hot tempered

Cold vortex is a kind of cold vortex extending from the middle and upper troposphere to the lower troposphere. The properties of air mass are relatively uniform. Without the cooperation of other systems, it will not bring large-scale heavy rainfall. 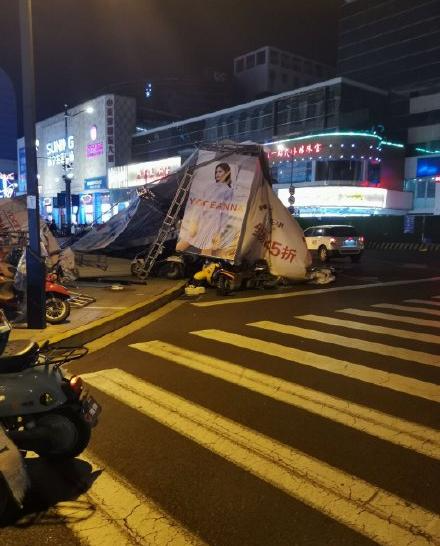 Every summer, there are many fierce battles between the northeast cold vortex and the summer monsoon, subtropical high, etc., which make the northeast part of China present the situation of frequent heavy rainfall. According to statistics, 70% of the low temperature periods in summer in Northeast China are caused by cold vortex, and nearly 40% of the cold vortex in Northeast China can produce continuous rainy weather.

Nantong is the most injured in the gale

Affected by the northeast cold vortex this time, there are obvious strong winds in areas along the Yangtze River from Anhui to Jiangsu, but it has caused great loss of life and property in Nantong, which many people can't understand.

In addition, generally speaking, the sea wind is strong, while the land wind is small. Nantong is at the intersection of the river and the sea. The convergence of wind speeds strengthens the uplift conditions, which is conducive to the generation of strong convection.

A few years ago, a serious tornado disaster occurred in Yancheng area of Jiangsu Province, causing a large number of casualties, not far from Nantong, only a hundred kilometers. So are tornadoes and thunderstorms caused by cold eddies the same thing?

Related news
Hot news this week
Performance exploration of Apple A15 processor: CPU standing still compared with A14 and GPU increased by 38%
Tencent announced that WeChat open external chain declaration followed the four principles started to execute on September 17
IPhone 13 dominates the hot search list experts: there are no hammers like apple that cause widespread discussion for free
Huawei matebook's new product is equipped with windows upgraded version of Huawei application market and supports running mobile applications
Jingdong health "National Health season" is about to open. The Mid Autumn Festival gift is as low as 50% off and 20% off every 200
Jingdong opened its first super body store in Indonesia, making "China service" as loud as "made in China"
Netease cloud music released a new "villager card" to strengthen user identity and deepen the attribute of cloud village community
The host roasted and ate a pet pig that had been kept for 100 days and came back to life in less than 10 days
Jingdong sports outdoor super product day massive discounts come to see Bao Chunlai and Kan Meng interpret the new way of live broadcasting
Netease game three prevention, three treatment and two special actions were fully launched to protect the healthy growth of minors
The most popular news this week
The first round of iPhone 13 opened apple market value evaporated by 300 billion yuan overnight
Eu plans to mandate universal chargers for phones, tablets Apple may be affected
UN secretary-general slams Bezos, Branson: Many people are starving and traveling in space
Supply chain news: Apple's AR head is expected to go on sale next year
Win11 will not refuse the old computer, but Microsoft may let you sign abandonment books.
Apple iOS 15 will update verifiable health records
Early FENG: Apple releases the first beta/macOS Monterey Beta 7 release of iOS 15.1
In addition to getting started ‌iPad‌ and iPod Touch Apple is close to phasing out the headphone jack on iOS devices
Facebook announces portal Go to punch iPad, kick Amazon Alexa?
Apple: Macos Monterey needs Xcode 13