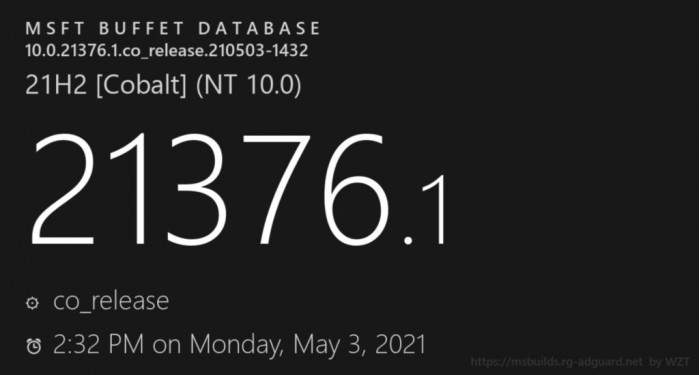 In the update of windows 10 build 21376, Segoe UI font is mainly upgraded, and a large number of general repairs and improvements are introduced. In addition, Microsoft has finally upgraded the icons from the '95s.

Microsoft is introducing Segoe UI variable, which includes an optical axis so that font outlines can be seamlessly expanded from small to large displays. Segoe UI variable is an update of the classic Segoe font, which improves the readability in small sizes and the outline in multiple sizes. 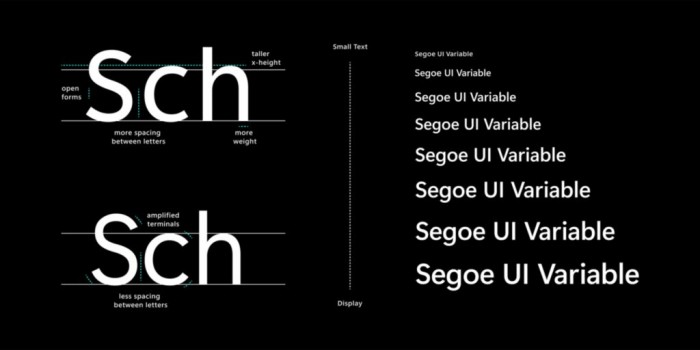 Historically, the design of fonts used to print small text is different from that used to display large text. Segoe UI was originally designed for 9pt, which makes it a good font in this size, but it limits expression in large size and lacks readability in smaller size. Segoe UI variable solves this problem by using a new version of Segoe, which uses variable font technology to dynamically provide good readability in very small sizes and style in large sizes.

Please note: Although Segoe UI variable is part of the operating system, its adoption in all visual surface areas is ongoing and will be phased out over time. This means that not every visual surface is using a new font. 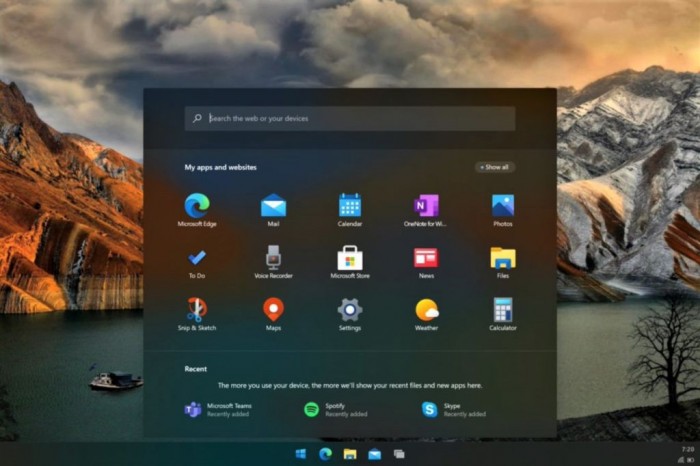 According to the feedback, Microsoft has made some minor adjustments to the sorting method of the symbol part of the emoticon panel.

News and interest fixed a problem that when the taskbar height increases from the default value, the taskbar button will no longer stay on the reduced size.

[news and interest] has made some improvements in the reliability and performance of explorer.exe, especially when using remote desktop connection.

Fixed a problem that caused WSL users to find that the startup performance of file explorer and other file related activities regressed after upgrading to build 21354 or above.

Fixed a problem that caused users of Pinyin IME to be unable to select items in the candidate window using the keyboard.

● fixed the problem that affected the response speed when switching from start to search in the recent flight (i.e. when pressing the windows key and typing).

● fixed a problem that caused insiders to see pseudo positioning text on the windows update page in settings.

Fixed the problem of displaying the wrong icon of edge Canary on the startup application page in the setting.

Fixed a rendering problem when viewing acrylic surface under a magnifying glass.

● fixed a problem that affected the reliability of luminous in recent flight.

Fixed the problem of double start delay timer reset to 0 after upgrade.

Microsoft has worked with its partners to solve and release a problem, that is, the update is suspended due to driver compatibility. If you encounter such problems, please make sure that you are running the latest driver provided by your manufacturer.

● fixed a problem that might cause the windows update icon to unexpectedly not appear in the notification area when the update is waiting to be restarted.

● fixed a problem that might cause some applications to crash when the focus is set to the search box in the open or save dialog box.

● fixed a problem that could cause audio playback to fail when using a new unified audio endpoint.

● fixed a problem that if your palm slightly touches the other side of the touchpad when using the precise touchpad, it may cause the problem of controlling the cursor.

● fixed a problem that could cause the precision touch pad to accidentally roll in the wrong direction at times.

● fixed a problem that when task manager or some other application is in focus, the undecided text may appear very small on the high DPI screen when input with ime.

Fixed a problem that some elements of the Japanese ime candidate window might be accidentally cut off after increasing the text ratio.

Fixed a problem, that is, if you switch to the previous Japanese ime version, the F10 function will fail.

Fixed a problem that when using Bopomofo ime with full keyboard layout, there were some blank keys accidentally on the touch keyboard.

At present, windows camera application does not respond to the default brightness setting according to the new camera setting page

After updating to this version, some devices may display a warning in the tray, indicating that your Windows 10 version has reached the service deadline. At present, Microsoft is in the process of repairing

After clicking the button on the taskbar, Feixin may occasionally flash in the upper left corner of the screen.