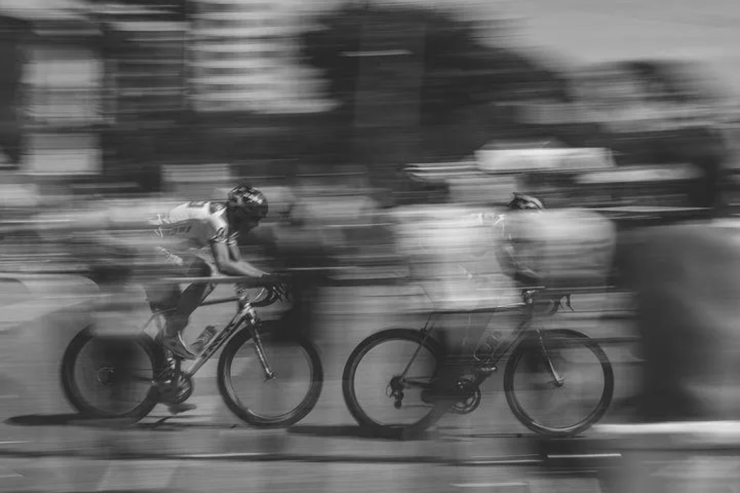 When the giants of ICT, UAV and Internet gather in the same track, a good story begins.

It seems that all the enterprises that originally focused on their own main channel are interested in smart cars overnight, and they rush to move their bow to harvest.

At the same time, baidu Apollo also participated in Shanghai auto show as an independent exhibitor for the first time, and held an ANP ride experience activity on the eve of auto show.

Smart cars seem to be on the air. On top of the tuyere, the same frequency actions of Huawei, Baidu and Dajiang have also been discussed by the industry,Who can control the ups and downs of smart cars in the future.

Why did the war start?

Nowadays, the smart car track is hot, the pattern is uncertain, and new cross-border forces are emerging frequently.

Among them, Baidu, Huawei and Dajiang have their own intersection in terms of positioning, product matrix and business model.

It is inevitable that we meet in a narrow road.

In terms of positioning, Huawei and Dajiang are closer. What Huawei wants to do is to provide incremental auto parts, and Dajiang Automotive is also determined to become a first-class supplier in the field of intelligent driving.

They have similar positioning, rich experience in supply chain and hardware mass production, and high overlapping rate of products launched by both sides.

For the moment, compared with Huawei, Dajiang, which started the autonomous driving project in 2016, has entered the market a little later, and its product matrix is slightly less abundant. 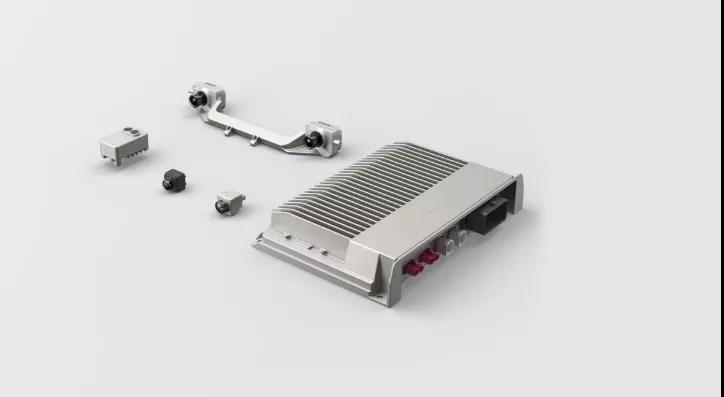 However, Huawei's other areas, such as intelligent cockpit, three power, cloud computing, have not yet been touched.

Baidu Apollo is more likely to conflict with Huawei.

The so-called Hi, Huawei inside, is actually a new business model Huawei has launched for the automotive industry.

Wang Jun, President of Huawei intelligent vehicle solutions Bu, pointed out in an interview earlier that the essence of Huawei inside mode is to start with the definition of the whole vehicle, and integrate the teams of Huawei and auto companies through joint design and development.

In this mode, Huawei will use its full set of parts for the whole vehicle, while the vehicle manufacturers will give full play to the ability of vehicle definition, modeling and manufacturing to jointly build new vehicles.

At the same time, Wang Jun also pointed out that Huawei's full stack automatic driving solution must be used to mark hi brand. 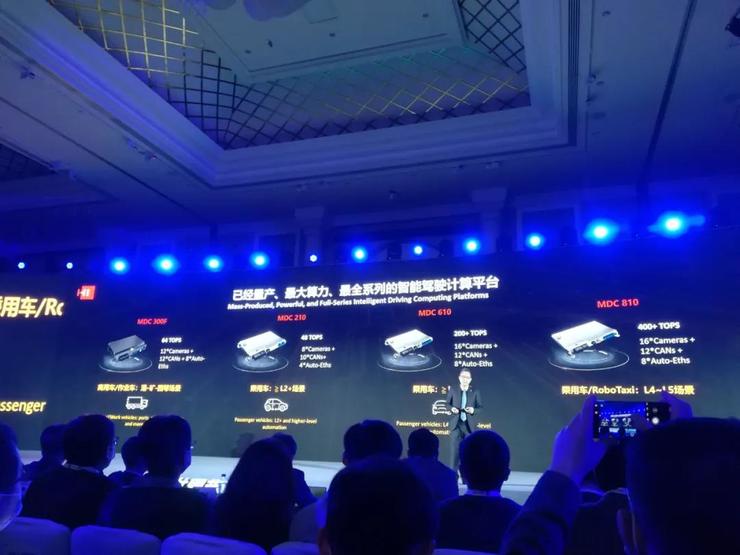 In other words, if automobile enterprises want to further improve the sales volume of intelligent vehicles with the brand appeal of hi in the future, they must adopt Huawei's solution including a full set of self-developed parts such as software, algorithm and hardware, which means that other suppliers with similar competitive products will be excluded.

From this point of view, Huawei inside is actually a highly exclusive business cooperation mode.

Once the hi brand is established, baidu Apollo, which is open and flexible in assembly, and Dajiang vehicle, which has a fair product line-up, will have a direct confrontation with Huawei.

In the battle of the three poles, each has a chance to win

On the whole, similar positioning, highly overlapping products and exclusive business models greatly increase the possibility for Baidu, Huawei and Dajiang, which originally belong to different industries, to face each other in the field of intelligent vehicles.

Moreover, both in terms of the resources and technology accumulation of the parent company, and in terms of the software and hardware of intelligent driving, they are quite strong players in China at present.

First of all, Baidu.

As a company starting from the Internet field, Baidu has inherent advantages in data, software, traffic entrance, user ecology and so on, which need not be repeated. 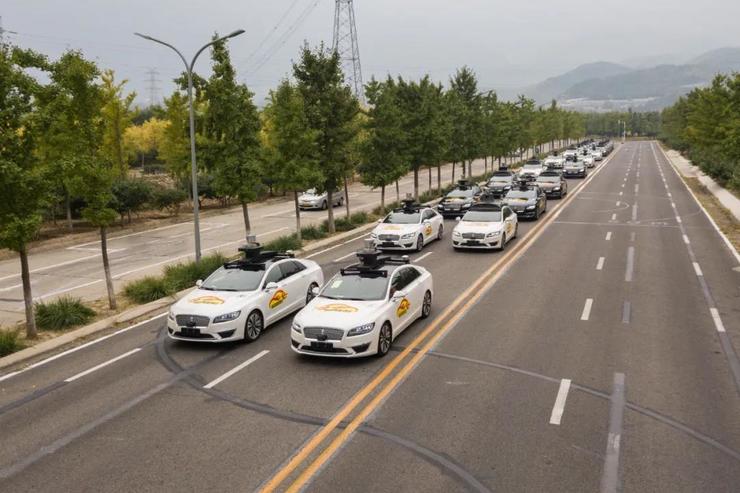 With the support of test teams of this scale, baidu Apollo's accumulated road test mileage is naturally among the top in the country.

More test mileage means more road data, and it also means that Baidu's automatic driving technology has a great chance to be further improved under the feedback of these massive data.

The outside world's confidence in Baidu's automatic driving technology comes from this, which is one of Baidu's advantages.

In addition, Baidu, which has entered the ranks of car making this year, will also maximize Apollo's potential through its own brand smart cars. At the same time, its shortcomings in hardware mass production and insufficient accumulation in the supply chain are also expected to be made up by vehicles.

It was also in 2013 that Huawei began to make a formal layout in the automotive field, but initially aimed at the Internet of vehicles business.

On the surface, compared with Baidu, which chose to cut into the field of automatic driving from the beginning, Huawei's start is slightly lagging behind.

However, as a giant in the field of ICT infrastructure and intelligent terminal supply, HuaweiWe have many years of experience and resource accumulation in technology, hardware mass production, supply chain and so on, and we have invested a lot in R & D and talent reserve.

Some media have disclosed that as early as 2016, Huawei's Innovation Center for Internet of vehicles began to open recruitment in intelligent driving, power battery system development, electric motor drive and other fields to a number of colleges and universities. It is said that Huawei had been engaged in campus recruitment around the auto business for at least three years.

During this year's Shanghai auto show, Huawei disclosed that the R & D investment of Huawei's intelligent car solution Bu will reach 1 billion US dollars, and the R & D team will reach 5000 people, including more than 2000 automatic driving team.

According to the hi new product launch not long ago, Huawei's achievements in the field of intelligent vehicles are not only large in number, but also in software and hardware, which span many different product fields, and its performance is not inferior. 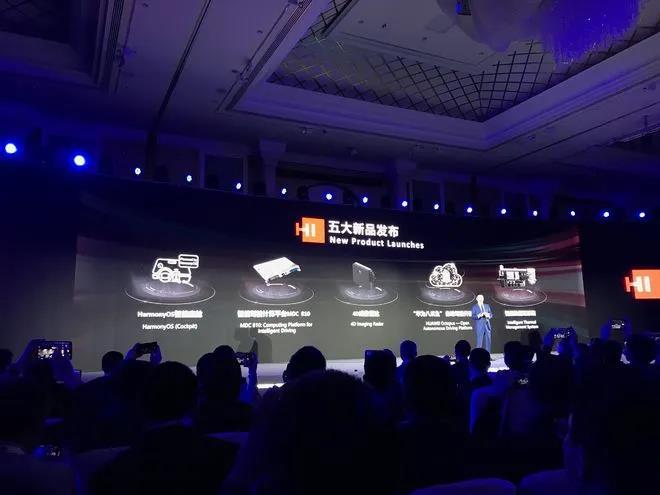 Huawei is like a bucket without obvious shortcomings in the field of intelligent vehicles. In the battle of three poles, both Baidu, which has more advantages than software, and Dajiang vehicle, which has fewer products, can attack each other with its own advantages.

As for Dajiang vehicle, we can also use Dajiang's years of technology accumulation and supply chain resources in the original field of UAV to endorse its intelligent vehicle business.

As we all know, Dajiang is a domestic and even global UAV giant.

According to the data of foresight Industry Research Institute in October 2020, Dajiang's products have occupied more than 80% of the global market share, ranking first among the global civil UAV enterprises. It has millions of algorithm application and hardware mass production experience in image recognition, perception algorithm, navigation and positioning, control module, camera and other core technologies and parts.

UAV and intelligent car seem to be different, but the core problems need to be solved are highly similar. Especially in the aspect of intelligent driving, the core technologies of both are inseparable from perception, positioning, decision-making, control and so on.

In Dajiang's view,UAV and intelligent driving both belong to the category of space intelligence. It is not too difficult to transfer the accumulated technologies of UAV, such as visual perception algorithm, multi-sensor fusion, positioning, obstacle avoidance, flight control and so on, to cars.

With its accumulation in space intelligence technology, Dajiang vehicle's automatic driving solution with visual perception as the core can greatly reduce the dependence on GNSS, high-precision map and v2x. This also means that Dajiang can further control the cost of intelligent driving solutions before the other two, so as to obtain a greater price advantage. 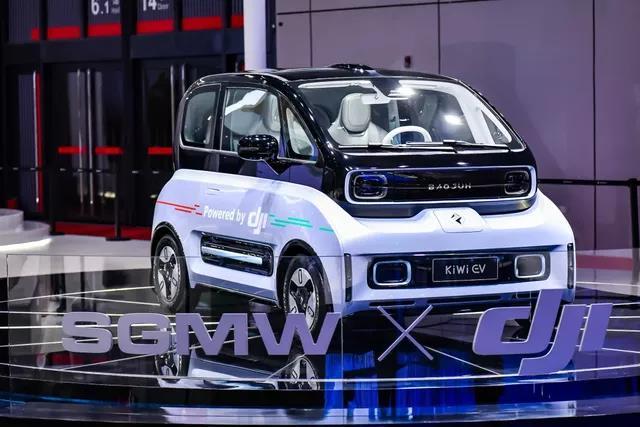 Facing Huawei, which also has hardware mass production resources, Dajiang, which was founded in 2006 and has more than ten years of hardware development and mass production experience, is not without a chance to win; The visual perception, flight control and other algorithms independently developed by Dajiang for many years also give it the same confidence as Baidu.

At this stage, the expectations of the rising smart car track, constantly changing.

Many enterprises that have been deeply engaged in other fields are ready to move forward and intend to cross the border, such as oppo, 360 and so on, which were once reported recently to enter the field of smart cars.

However, compared with the latest entrants, Baidu, Huawei and Dajiang have more mature technology accumulation and resource composition in terms of intelligent vehicle business, and more reasonable cross-border logic.

These three companies have certain intersection and conflict in terms of positioning, product matrix and business model. In addition, they have good strength and each has a certain chance of winning.

In the long run, the battle of the three poles is almost inevitable, and it will become more and more fierce.

At that time, the war will come to an end, and we will wait and see what the outcome will be, the tripartite confrontation, or the oligopoly with one dominant family.

Related news
HUAWEI M-Pencil magnetic absorption keyboard HuaweiMatePad 10.8 experience
Huawei to launch Huawei card digital credit card
Disassembly report: Huawei WiFi 3
Hot news this week
The company announced the shipment data of 2021 Q1: the proportion of Huawei fell to the sixth place in the world at 4%
Sony's third generation noise reduction experience: comparable to the strongest combat power of real wireless noise reduction headphones
Henan satellite TV "Dragon Boat Festival wonderful tour" full version popular all over the network: netizens call content amazing
New people to do "new" business: preparing for the battle with Zhang Ying, a peach farmer in Yangshan
An 18-year-old Japanese female painter is popular, and her painting level of mobile phone software is beyond imagination: beauty makes netizens sigh
In depth cooperation with Huawei real hammer! BYD open recruitment of "Hongmeng development engineer"
In 618, big promotion came, beware of the trap of cheating by taking advantage of the official SMS of charging companies' platforms
Dragon Boat Festival colorful Luoshen amazing interpretation of underwater flying netizen: too beautiful, lost the language
Can you travel around the world without leaving home? Jingdong 618 Jingdong International gives you a fancy "flying" strategy
During the period of 618, Jingdong will issue a total of 10 billion consumption vouchers, which have benefited consumers in 14 places such as Beijing and Zhejiang
The most popular news this week
480000! Baidu announced the cost of the fifth generation shared unmanned vehicle for the first time
Windows 11 desktop window, taskbar first look: a variety of layout options
Return after 10 years! Windows 11 latest boot audio exposure: listen to it
Yixin technology won the honor of "2020-2021 (4th) China IC unicorn"
Which brand of vacuum cleaner is better? Who should buy vacuum cleaners and floor sweeping robots at the same price?
Shenzhou Wentian wechat adds time limited status "rush"
A moment in history! The successful launch of Shenzhou 12
Airpods 3 will be launched this year! Apple executives hint: it may integrate the bracelet function
The first man after Bill Gates! Microsoft CEO NADELLA will also be chairman of the company: the first time in 20 years
Domestic mining fails Huaqing: the price of graphics card is falling