On May 8, Lei Jun, founder of Xiaomi and chairman and CEO of Xiaomi group, sent a congratulatory message to redmi team,According to redmi, the first game phone made by redmi has been highly praised since it came into the market.

Lu Weibing, President of Xiaomi group in China and general manager of redmi brand, explained why redmi wants to launch game phones. Lu Weibing said that 70% of redmi users are young users, and they will spend more time on games. Game phones are a strong demand of redmi users and everyone's expectation.

Therefore, redmi decided to officially enter the field of video games.With the help of the whole brand and the deep participation of many game loving product managers and engineers, redmi has built its first E-sports flagship.

The starting price of the machine is 1999 yuan. 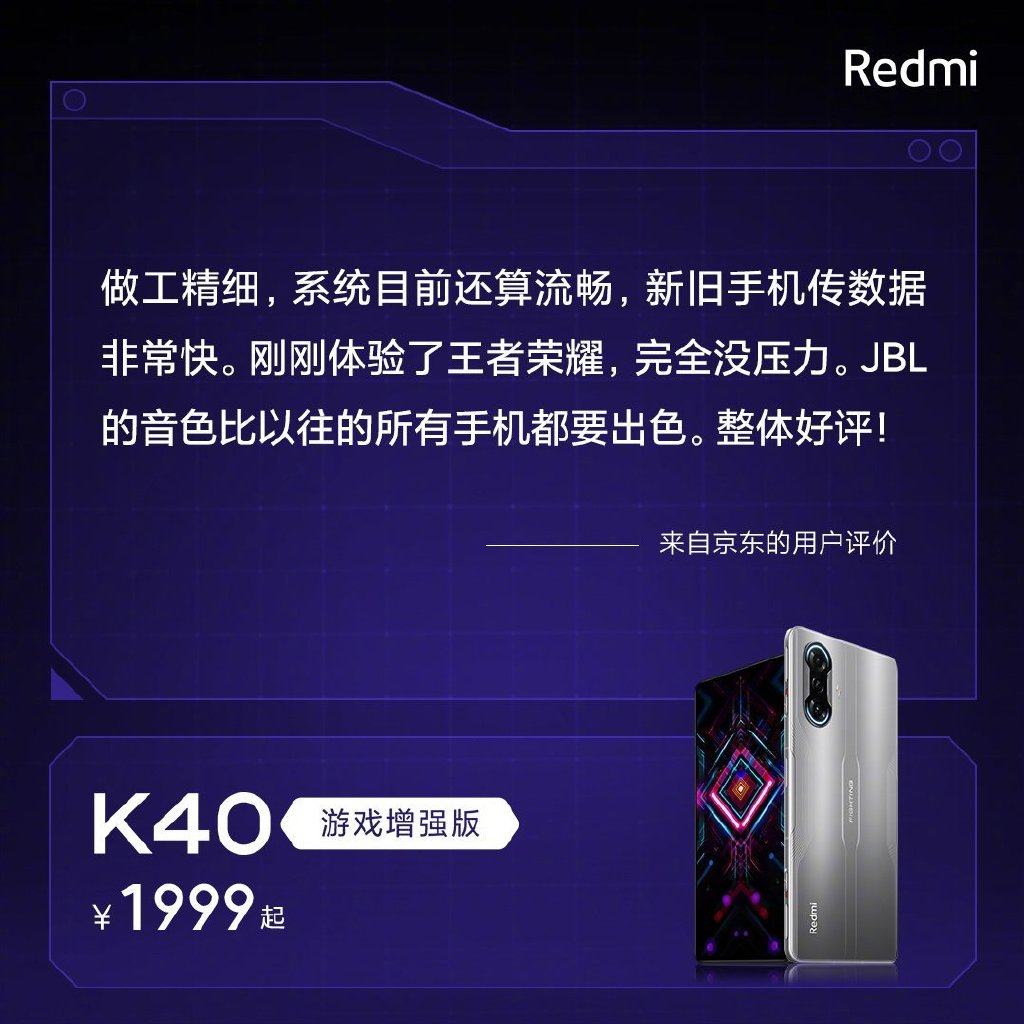