Chia Kia coin has been listed and traded for one week, and its price fluctuates a lot. In the last two days, its price has soared by 40%, and now it is more than 1300 US dollars. The initial mining profit is very high. If the hard disk capacity is large enough, it can be recovered in 10 days, which is far more than that of Ethernet coin mining.

Chia is profitable and attracts a lot of people to invest in mining. Recently, the finance and economics big V on Weibo said that it used 200000 credit cards to start with HDD Hard disk.

According to his pictures, there are at least 20 hard disks on display,Considering that the actual price of 16TB hard disk is 4500 yuan, it is estimated that at least 40 16TB hard disks with a capacity of more than 600gb will be used this time.

The popularity of hard disk mines will also change the HDD industry. At present, Seagate and Western Digital also pay attention to the demand of hard disk mines such as Chia, but there is no clear action. It is uncertain whether it will increase production substantially. 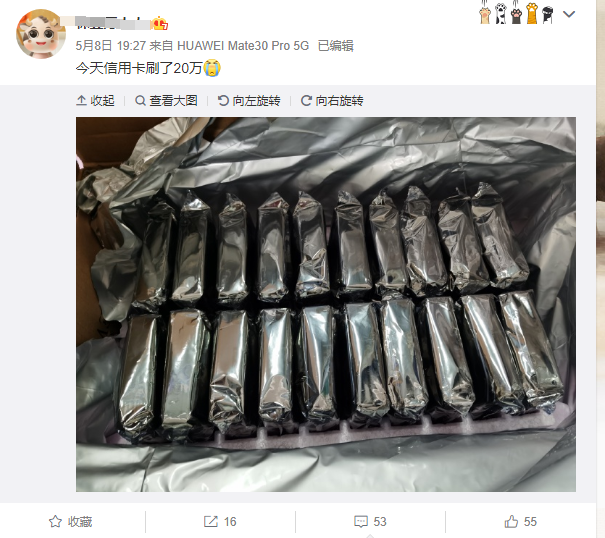