Obviously, Hanfu is more and more popular with young people in China, and the market is also growing rapidly. According to relevant reports, the number of Hanfu fans will reach 6.894 million in 2021, and the market sales will reach 10.16 billion yuan.

Nowadays, Hanfu has become a favorite clothing for many young people, and it has even become a fashion trend to wear Hanfu for travel. Caoxian County, Shandong Province, has more than 2000 Hanfu industry chain businesses, and the sales volume of original Hanfu accounts for one third of the same kind of market in China. In order to cope with the surging demand, many local Hanfu factories work overtime, but the supply is still in short supply.

In Caoxian County, we learned that there are basically more than two online stores for each local Hanfu seller. Due to the better spread of Hanfu culture in recent years, the affordable Hanfu market has shown an explosive situation. Especially since the beginning of this year, the impact of the epidemic on the market has been greatly weakened, and sales are booming.

Some deputies to the National People's Congress suggested that Chinese Hanfu should be regarded as one of the most important carriers of Chinese national culture, which is the representative clothing produced by the continuous natural evolution and ethnic integration of the Han nationality in thousands of years of history.

Data show that Hanfu is the traditional national costume of the Han nationality in China. From the period of three emperors and five emperors to the Ming Dynasty, the Chinese people did not change the basic characteristics of their costumes. During this period, the costumes worn by the Han people were Hanfu. 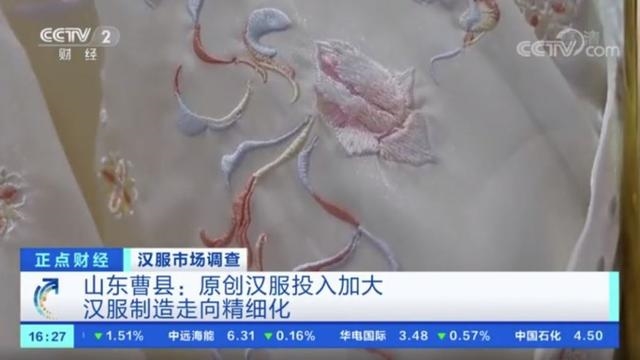