Hongmeng OS 2.0 is now open source! Do you want to shell Android 4.6 million lines of code

Huawei Hongmeng OS is developing step by step, and it will open source, which isOpenHarmony. This isOpen source projects under the open atom FoundationIt is located in the open source distributed operating system for the whole scene.

According to the latest information of digital blogger @ Zhaoge science,The new Hongmeng openharmony 2.0 will be open source from today to June 2! 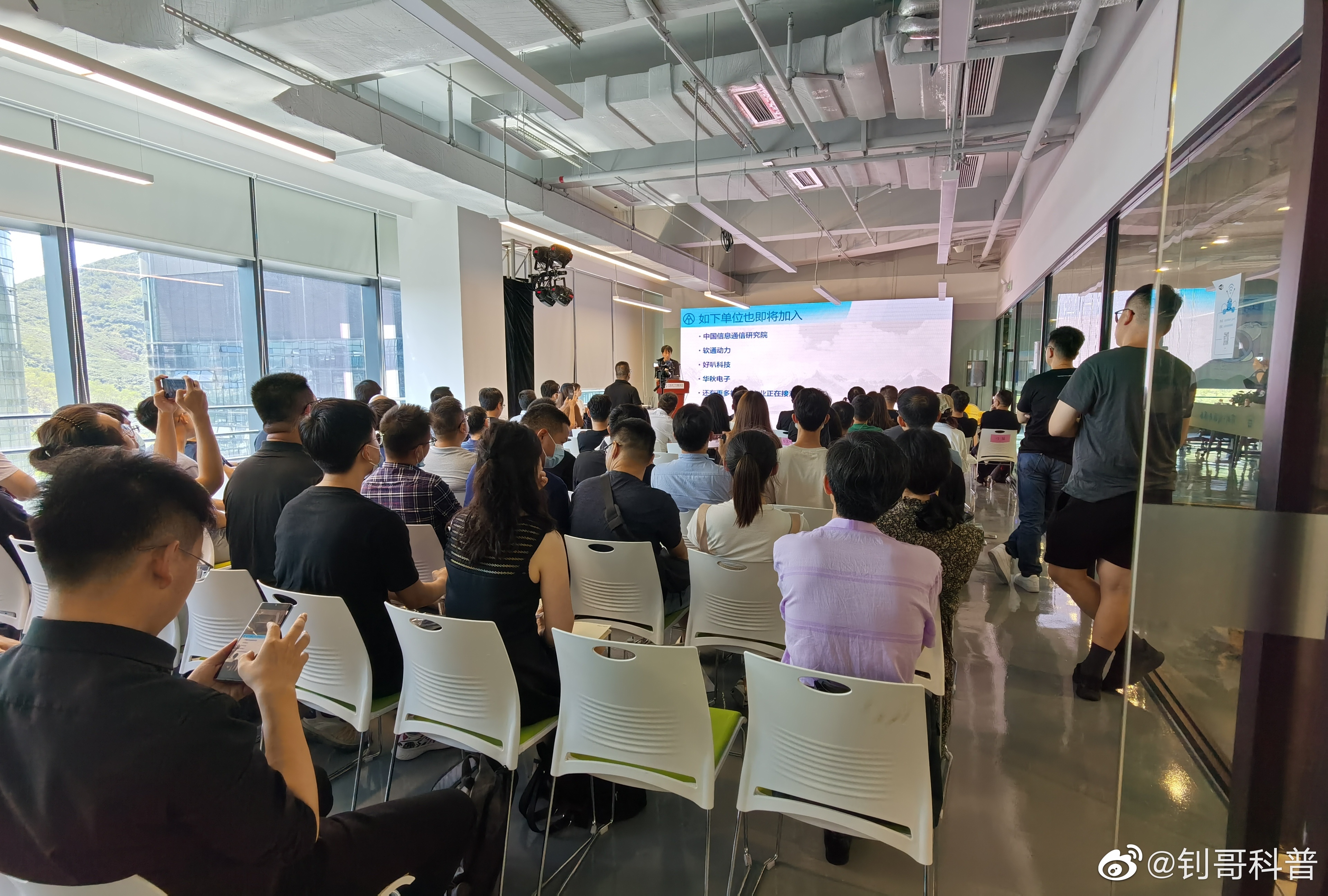 According to reports,Openharmony 2.0 has about 4.6 million lines of key code, equivalent to 30% of Android's 105.25 million lines. Meanwhile, it has about 18000 key APIs (application program interfaces), equivalent to half of Android's 1036000 lines. The volume of the installation package is reduced to 60-70%Mobile phones, tablets, wearable devices, TVs, sensors and other devices can be used.

Openharmony 2.0 has several branch versions,The open L2 is a pure version of Hongmeng. Without any Android code, it can run all Hongmeng applications, including distributed applications. It can also make phone calls and surf the Internet, but there are not many apps.

in additionThere is also the L3-L5 version, which is a dual framework compatible with Android. What I saw before is that it can run APK Android applications, and it will soon be open source.

As for whether Hongmeng is a shell Android that many people think of, @ Zhaoge Kepu excitedly says that you can see it in the code. Touch the code and have a good time! 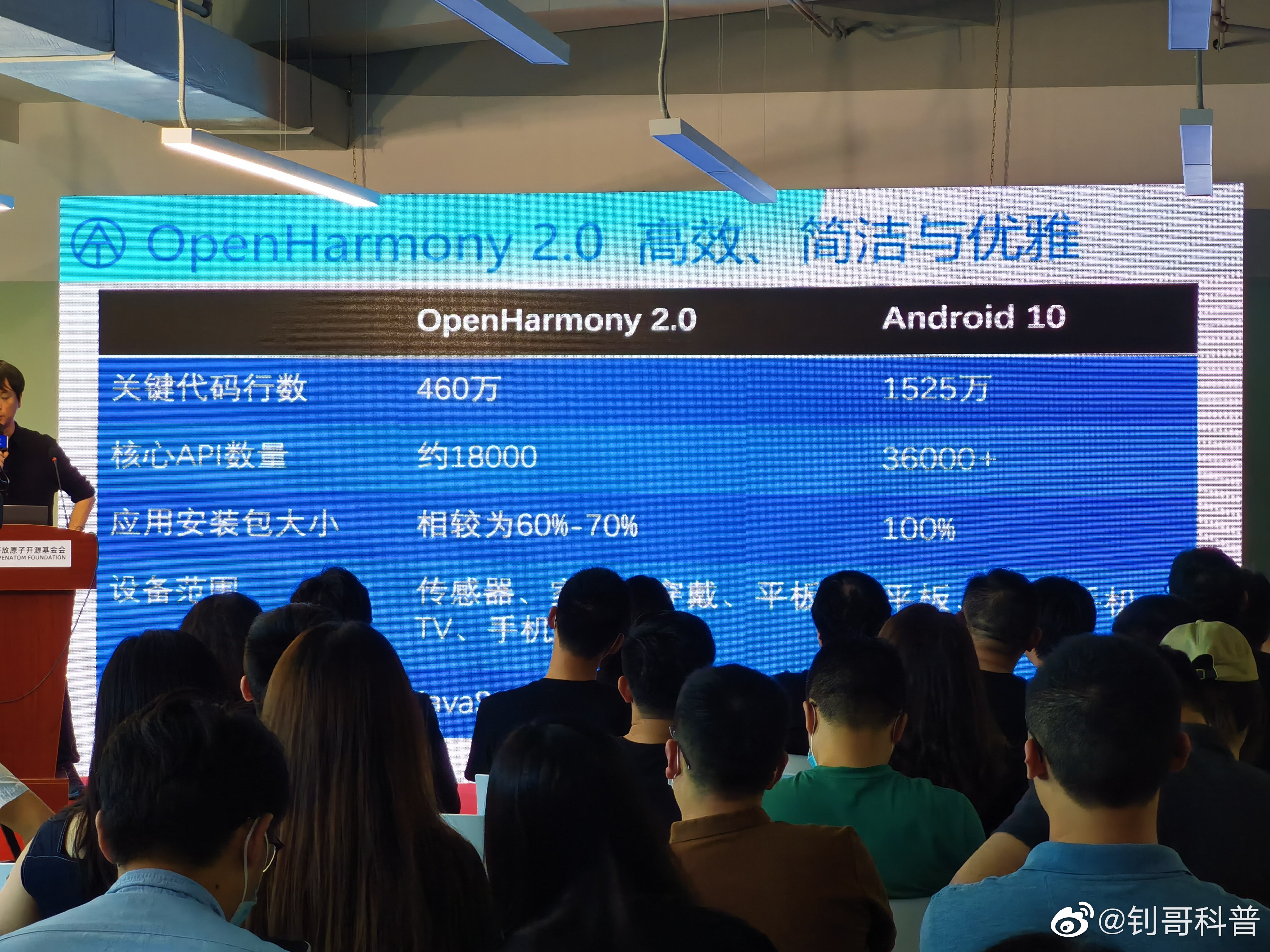 In addition,For why Hongmeng can be compatible with Android applications, we finally have a related introductionThe main idea is to reuse multiple open source components, start the foundation process in time, and then further process in the process. 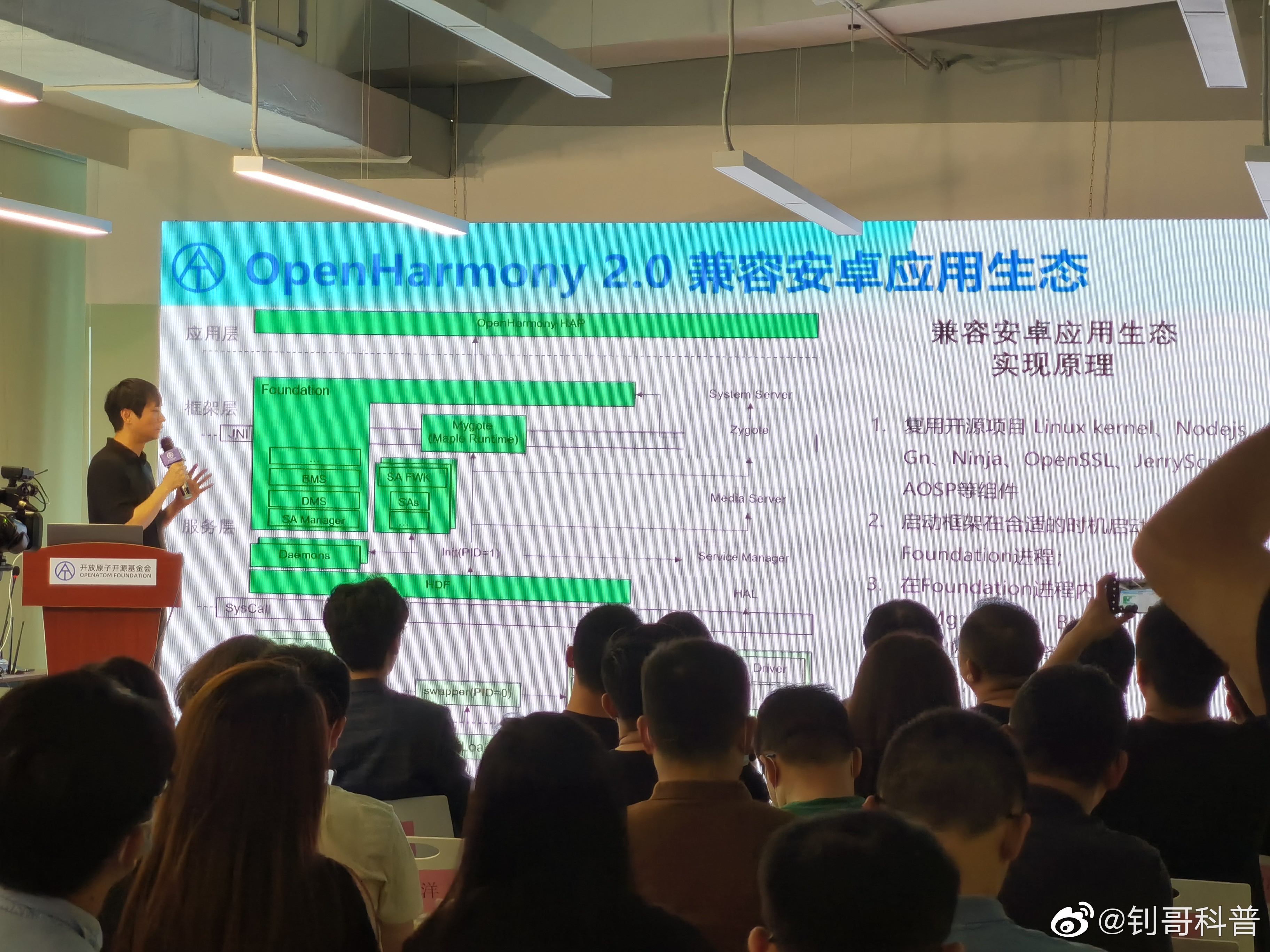 Also attached is the road sign of openharmony version: 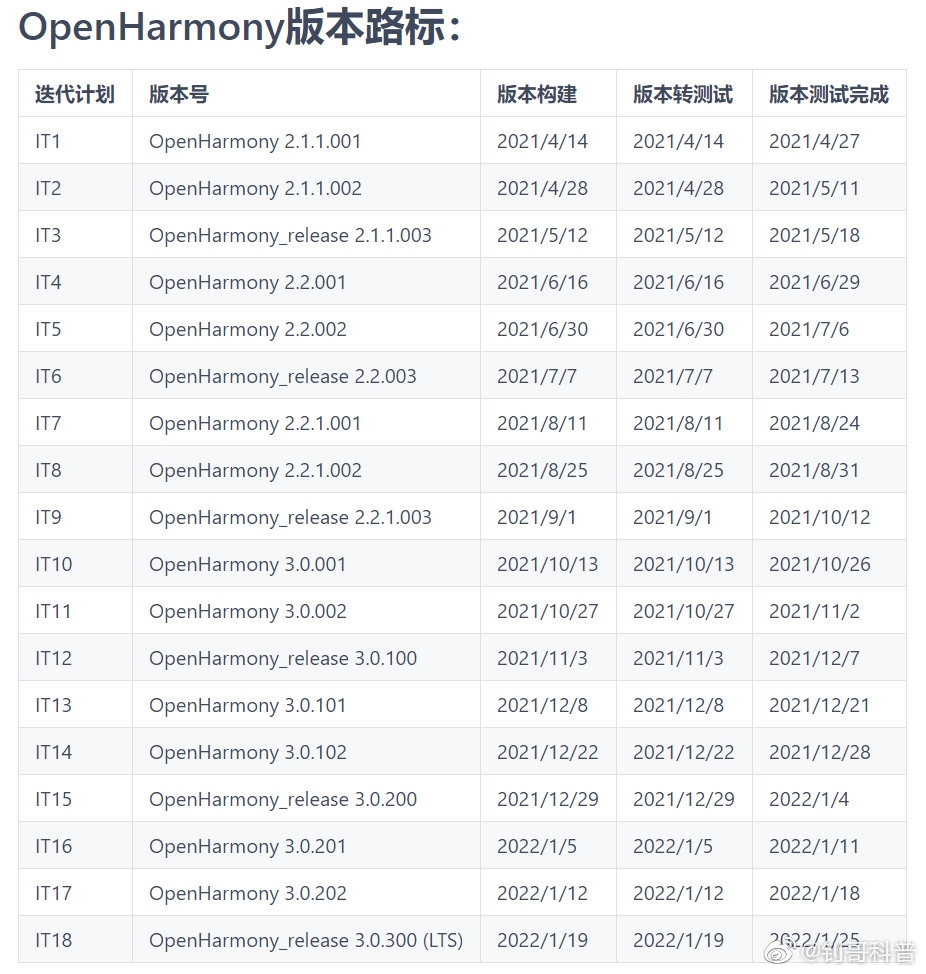 Related news
Huawei Hongmeng OS released! Yu Chengdong: Can replace Android at any time; Ark will support hybrid compilation
Huawei Yu Chengdong: Hongmeng OS is not catching up with world level, but leading level
Microsoft has released a completely new to-do application. Do the old users of the Magic List stick to it?
Huawei Hongmeng OS 2.0 released: Hongmeng mobile phone will be launched as soon as December, emui 11 will be upgraded first
Hongmeng OS 2.0 will release its mobile phone version by the end of the year, and Huawei's mobile phone will be fully upgraded next year
Learn about Huawei Hongmeng OS 2.0 series beta 2: Android goodbye
Hongmeng 2.0 starts to push Huawei OS to land mobile phone for the first time! Full of highlights
Hongmeng OS 2.0 is now open source! Do you want to shell Android 4.6 million lines of code
Hot news this week
Performance exploration of Apple A15 processor: CPU standing still compared with A14 and GPU increased by 38%
Tencent announced that WeChat open external chain declaration followed the four principles started to execute on September 17
Tesla was stolen by a teenager in the basement of the community and hit several cars! Exposure of monitoring picture in the vehicle
IPhone 13 dominates the hot search list experts: there are no hammers like apple that cause widespread discussion for free
IPhone XR, 12 pro, Max and other models off Apple's official website: the maximum price reduction of the old model is 1500 yuan!
Amd released radeon software adrialin version 21.9.1, bringing more new features and extended support
Huawei matebook's new product is equipped with windows upgraded version of Huawei application market and supports running mobile applications
Jingdong health "National Health season" is about to open. The Mid Autumn Festival gift is as low as 50% off and 20% off every 200
The starting price of iphone13 is 5999 yuan. Understand Apple's new product launch: 5 products appear
Jingdong opened its first super body store in Indonesia, making "China service" as loud as "made in China"
The most popular news this week
The first round of iPhone 13 opened apple market value evaporated by 300 billion yuan overnight
Rush hot search! Baoli iPhone13 is available, Fujikang urgently recruits 200,000 people, the bonus is up to 12,700 yuan per person!
Apple CEO Tim Cook avoids metaverse: I stay away from buzzwords and prefer to call it augmented reality
Amazon investigates Indian employee bribery scandal: zero tolerance for corruption
Tesla autopilot is! Regulators: Address basic safety issues first
Unprecedented space movie come true! Russia has done another big thing
Oscar starring! Apple invests in sci-fi blockbuster preview: Must brush the rhythm
More than 30 million vehicles in the United States have been found to have "dead airbags.
A Tesla Model 3 crashed into a tree and caught fire, killing two passengers. Official investigation
Which companies will be affected by the increase in the entry threshold for insurance company branches?