According to Lenovo's recent official warm-up activities, Lenovo is preparing to launch a number of new tablet computers, covering high, middle and low levels. Among them, Xiaoxin padpro, the flagship product, is very much expected.

On May 17,The product director of Lenovo Xiaoxin / Yoga / savior product line (microblog ID: Lin Lin - a little white rabbit) has made a prototype of Xiaoxin padpro.

According to the blogger,Lenovo's new pad Pro is equipped with snapdragon 870 processor.

The CPU consists of one a77 (3.19ghz) super core, three a77 (2.42ghz) large cores and four A55 (1.8GHz) small cores. Its comprehensive performance is better than that of the snapdragon 865 processor released last year. 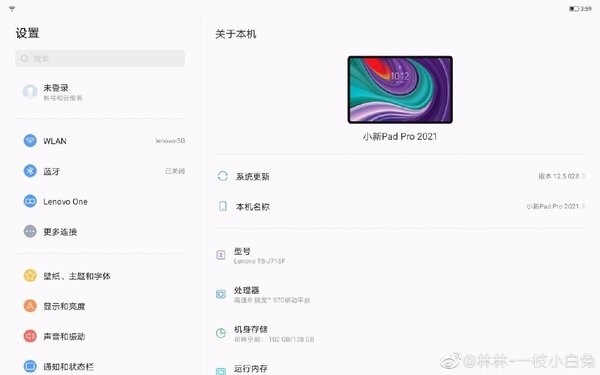 It's worth mentioning that the bloggerIt also revealed that Lenovo Xiaoxin pad Pro is equipped with an independent display enhancement chip, which can effectively enhance the display effect.

Previously, iqoonew5 was also equipped with an independent display chip, which not only brought stronger display effect, but also could undertake some rendering tasks,Reduce the burden of snapdragon 870, so as to reduce the heat and power consumption of the whole machine, and make the use experience of the whole machine to a higher level. 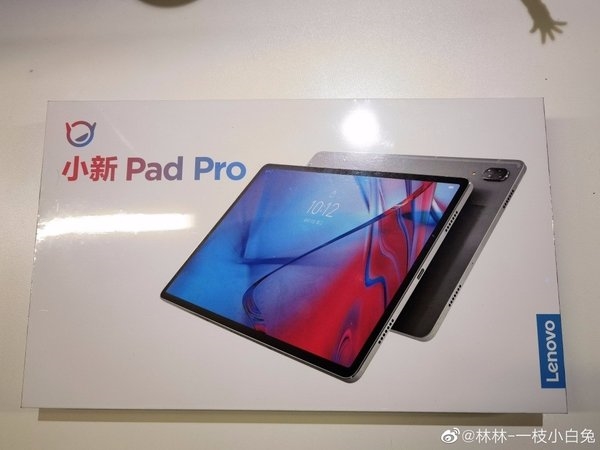 In addition to excellent hardware, Lenovo Xiaoxin pad Pro has also made great efforts in software.

Ordinary Android Tablet lacks horizontal version of the app, so the software experience is very unfriendly.

However, Lenovo's new pad Pro is optimized based on Android 11, and can be divided into two screens. When the app is opened on the horizontal screen, the screen will not cover the whole screen, but will be displayed in an appropriate proportion, with Gaussian blur filling on both sides.

In general, Lenovo's Xiaoxin pad Pro is more inclined to the game video scene in terms of positioning. Consumers with large screen games or high-definition video demand will have one more choice in the future. It is expected that its price will have a very obvious advantage over Apple iPad, Huawei matepad and other mainstream high-end tablets.

Related news
Lenovo Z6 Pro evaluation: Xiaolong 855 blessing super video AI four photos
Lenovo shows Lenovo one function: support win10 computer reverse operation Android phone
Lenovo one officially launched: one touch screen computer for mobile phone
Lenovo voice Pro digital voice assistant for windows 10 PC
Not only snapdragon 870! Lenovo Yoga pad Pro core parameters exposure: 13 inch 2K screen
Lenovo's new pad Pro is coming soon: exclusive optimization of Xiaolong 870 blessing app
The only snapdragon 870 tablet! Lenovo Xiaoxin pad pro and other systems push Android 11
Hot news this week
China has found 35 known cases of the new zoonotic virus Langya
Monkey acne cases have ranked first in the world that the United States has announced the emergency state of public health
Credit card points rule intensive adjustment online transaction points more "valuable"
Losses in a single quarter of $ 23.4 billion a record, SoftBank did not carry the plunge of technology stocks and the devaluation of the yen
The prevention and control of the American Monkey epidemic has failed. What should I pay attention to?
Sources say Samsung's Galaxy Z Fold4 is going up in price: a 512GB top unit will cost more than 13,000
Is the micro -business headache? WeChat friends are suspected to have a big move: 7 can only be posted a week
Kuaishou launched a self-developed cloud intelligent video processing chip: The chip has been streamed successfully
The new product of Xiaomi MIX is coming: both internal and external dual -screen has been upgraded to make up for the previous generation.
A new zoonotic virus, Langya, found in China has not yet been confirmed to be transmitted from person to person
The most popular news this week
Mr. Lei: Mr. Bezos apologized to me for not taking good care of Joyo.com
Ever wanted to buy Tencent QQ, Alibaba asked for a stake? Lei jun rumours
Lei Jun's first business thinking book "Xiaomi Entrepreneurship Thinking" was introduced to the latest and most complete Xiaomi methodology summary
Apple's iPhone is no longer a symbol of wealth in China: for reasons to be proud
Xiaomi Motor Autonomous Driving First Show: Automatic Charging of Autonomous Driving in the whole scene
Musk's eyes! Lei Jun released a full -size humanoid robot Xiaomi self -developed strength explosion table
The global streaming media have increased the animation circuit is becoming a new "breakthrough" for Youaiteng
Kuaishou TOB business Yu Bing: Self -developed chips or mass production after the end of the year, the video must be turned into light industry
Lei Jun: Once bid 10 million to buy NetEase was rejected by Ding Lei
Intel burns 23.2 billion won't make a decent graphics card