On May 20, 2021 JD 618 launch and Trend Conference was held in Beijing. During the press conference, Jingdong selected 12 awards, including 2021 Jingdong 618 top 10 c2m brands, 2021 Jingdong 618 top 10 Guochao brands and 2021 Jingdong 618 top 10 service consumption partners. Among them, HP, as a well-known international PC brand, also won the award of 2021 Jingdong 618 top ten c2m brands. It is the c2m reverse customization mode jointly practiced by HP and Jingdong over the years that has been highly recognized by the market. For example, the shadow Genie series game books customized by both sides for game players have always been popular with consumers, and the cumulative turnover has easily exceeded 10 billion, which has greatly promoted the rapid growth of HP's performance!

As early as in the early days of its establishment, Jingdong established a partnership with HP. In recent years, the two sides also continue to open up a new industry track, launched a series of innovative cooperation such as product segmentation and c2m reverse customization. Among them, HP and Jingdong cooperation c2m reverse customized HP shadow Genie series game is another masterpiece in the hearts of the majority of players. Since the first generation of shadow Genie products were launched in 2015, the cumulative turnover of shadow Genie series games has already easily exceeded 10 billion! Such an amazing performance is due to the deep strategic cooperation between JD and HP based on c2m mode, and the development of a large number of online products that meet the needs of consumers, which has detonated the market consumption potential. 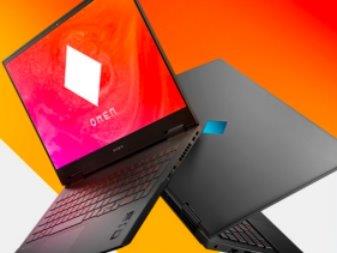 During the period of 2021 JD 618, as an old partner for many years, both sides will continue to work hand in hand to further deepen cooperation, especially in the new product level, JD HP has jointly launched shadow spirit 7, which has already let the majority of E-sports fans wait for the update! According to the market performance of shadow Genie series products in the past, it is believed that HP's strong performance of shadow Genie 7 will once again refresh the new experience of the majority of players in e-sports, and set off a new round of rush buying in JD 618 this year.