With the progress of society and the development of science and technology, the diversified Office demand represented by light office and mobile office is gradually emerging. This trend also makes the notebook computer market begin to pay attention to more subdivided user demand.

This computer is mainly for professional creators, heavy office white-collar workers and other users. The highlights are professional screen performance, strong performance and innovative intelligent experience.

This is the first notebook in the world to obtain Rhine professional color standard certification, achieving the average level of △ e = 1.

For the computer screen, color accuracy is actually a very important measure, it is closely related to color difference.

For ordinary users, whether they buy lipstick or colorful skirts online, they can see colors closer to the real object on the screen with higher color accuracy.

For graphic design, painting, editing and other professional creators, color criteria will directly affect the color selection and color matching of their works.

It is understood that before each Huawei matebook 16 leaves the factory, Huawei will have high-precision color calibration and correction equipment to ensure that every screen in the user's hand can restore its original color.

Using 7Nm process and zen3 architecture, Ruilong 7 5800h has 8 cores and 16 threads. Compared with the previous generation of Ruilong standard pressure processor, its multi-core performance is improved by 20%. It can easily cope with multiple application scenarios such as video editing, graphic design, painting, programming, running programs, heavy office and so on.

In high energy mode,Huawei matebook 16 supports full blood release of 54W TDP,This can be said to be a very ideal performance output.

To maximize performance, Huawei's matebook 16 has also built a new shark fin cooling system that is strong, cold and quiet.

Huawei's matebook 16 also uses a 75mm E-sports large-size fan,At the same time, it is equipped with one air outlet and two air inlets, and 0.1 mm ultra-thin copper alloy fins,It can increase the overall air volume of the notebook by 30%, which is more conducive to let the wind disperse faster and achieve the effect of rapid heat dissipation.

At the same time, Huawei has done a very good job in the whole noise reduction and sound control of Huawei's matebook 16. Its daily use is only 22dB, which is basically the sound size of whispering. 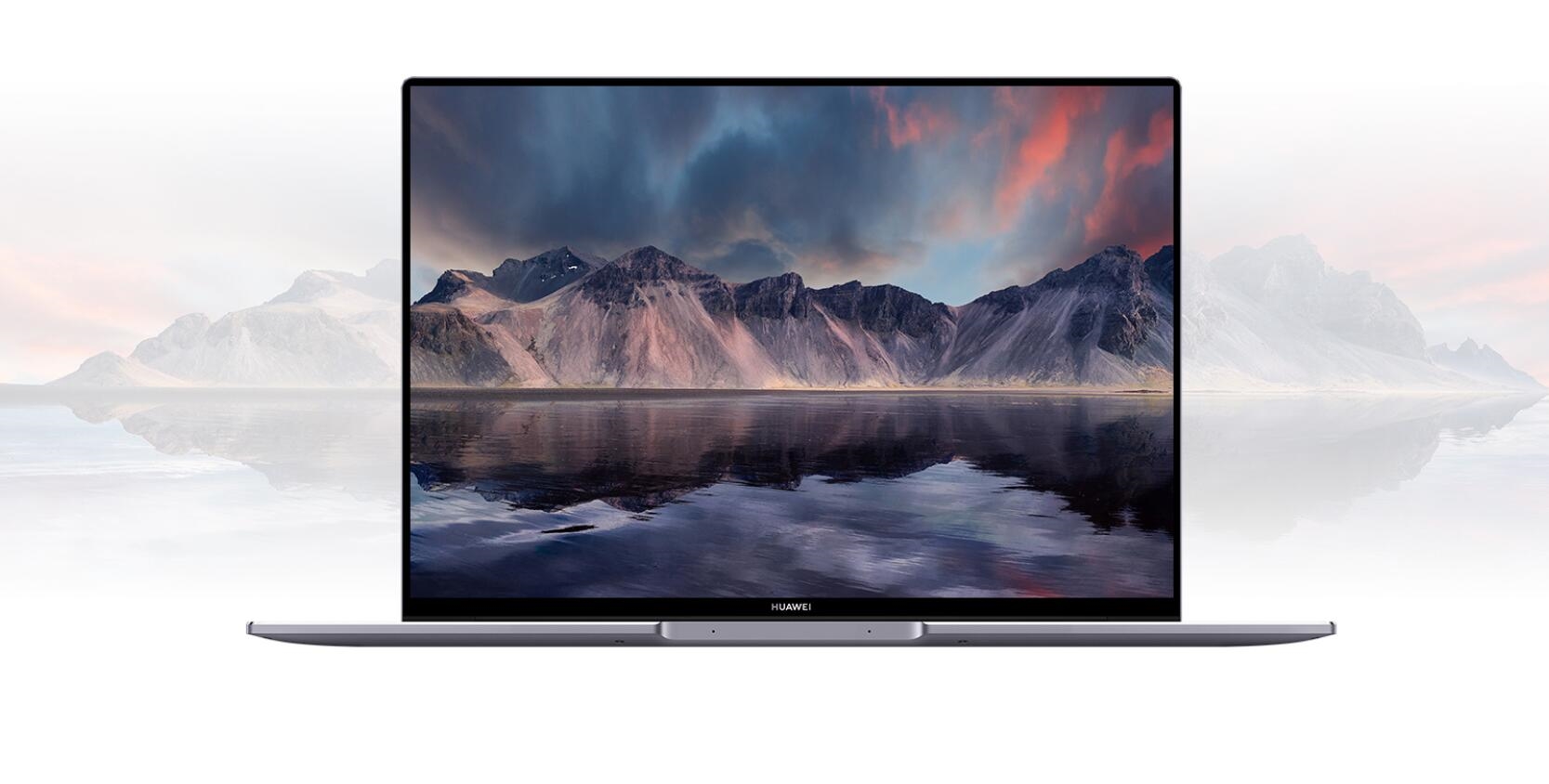 Intelligent office has always been the main selling point of Huawei notebook, such as the multi screen collaborative experience of PC and mobile phone. Huawei gets through the barriers between windows and Android from the bottom of the system. The keyboard, mouse, microphone and even screen of the laptop can be used as peripheral devices of the mobile phone, realizing the seamless connection between the laptop and the smart phone.

With the help of this function, users don't need to switch between two device screens repeatedly. They just need to focus on one screen to use two devices at will.

After the first pairing, it can connect quickly and automatically every time. In addition, the headset supports the simultaneous connection of matebook 16 and Huawei mobile phones. If there is a call or video conference, the voice can be automatically switched, which is convenient and convenient.

At the same time, with the blessing of fast application engine, windows and Android systems are connected to realize the symbiosis of multi application forms of smart phones and PC computers. In other words, PC users can also experience the fun of mobile applications.

In addition, there are Huawei cloud space PC clients. Users log in to Huawei cloud space on different devices with the same Huawei account,Files, photos, videos, contacts, memos, recordings and other data can be freely circulated between multiple devices through the cloud and kept updated synchronously.

In addition, Huawei cloud disk encrypts files at both ends when it transmits files. Before uploading, it encrypts the files locally once, and after uploading, it encrypts them again, so as to achieve end-to-end encryption and effectively protect the privacy and security of users. Huawei cloud not only protects users' privacy, but also makes office, learning and entertainment more efficient and convenient.

It is worth noting that from June 1 to September 30, Huawei matebook 16 and all Huawei computer users can get the benefits of the first month free experience of 2TB cloud space for free. Just open the cloud space computer client and click upgrade to get it.

Related news
The new HUAWEI MateBook E is coming with the support of Luan 850 platform.
The new HUAWEI MateBook E evaluation: light office era self-help green paper
16 GB Memory Windows HUAWEI Mate Book 13 Reel Dragon Edition Upgrade Time Limit in rush
HUAWEI M-Pencil magnetic absorption keyboard HuaweiMatePad 10.8 experience
Disassembly report: Huawei WiFi 3
Huawei matebook's new product is equipped with windows upgraded version of Huawei application market and supports running mobile applications
Hot news this week
Templates for creating new Twitter in the future? Musk's praise of WeChat has triggered a heated discussion on the whole network
Tencent Music's TME live will re-screen Jay Chou's concert on may 20 and 21
Sony's new LinkBuds S headset parameter exposure: only 4.8 grams of comprehensive battery life 20 hours
Weak demand in the mobile market! Domestic shipments of mobile phones fell 40.5% in March to a two-year low
Henan 4 village bank line cannot withdraw cash? CBRC responds! The public security organs have registered an investigation
Baidu: In 2021, an average of 56 billion malicious information of all kinds will be intercepted every year
"Chinese version of LV" is re -executed 680 million! Reporting the property clues of the chairman, up to 8.66 million yuan
Pig companies continue to increase technology, just launched the smart pig farm, another 100 million to set up a technology company
The Jingdong Express bulk order sent to Shanghai across the country is completely static? JD.com: Not true No such information has been published
"Tencent's more than 30-year-old employees account for nearly 60% of them" on the hot search Netizens: Don't mention 35 years old, start to mention 30 years old
The most popular news this week
The domestic screens are rolled to the 2K screen. Why don't Apple follow the roll?
Meizu 19 series coming? Meizu mobile phone appearance patent disclosure: the return of secondary screen
Jingdong crowdfunding 10000mAh mobile power supply: with Apple Lightning and Type-c dual wires
Mobile phone chip CPU energy efficiency ranking: it is comparable to A14
What can we learn about m& # 111nkeypox cases in many countries around the world?
Alibaba Daniel Zhang connects 300 platform merchants: do more practical things for merchants
At the age of 58, he was elected as the chairman of Everbright Bank! Former President of Bank of China and Construction Bank
Buy An Audi or a Tesla? Audi's new electric vehicles are on sale: from 300,000
The first domestic Tianji 1300 mobile phone did not fire first! More than 260,000 people made reservations
The Chinese team officially made up for the bronze medal in the Tokyo Olympic relay! Su Bingtian responded excitedly