On the morning of May 31, Xiaomi Mobile announced that the magic version of Xiaomi 11 Pro broke two world records.

At the same time, wireless charging achieves 120 watts of power, charging 100% in 15 minutes, claiming to break through the 100 watt mark for the first time.

The official said that Xiaomi will always strive to be the leader of mobile phone charging.

According to the video shared by Zeng Xuezhong, President of Xiaomi's mobile phone department, the 200W cable charging achieves 10% charging in 44 seconds and 50% charging in 3 minutes.

Unfortunately, the details of how to modify Xiaomi are not clear. We know that Xiaomi 11 Pro was originally equipped with a 5000mAh nano silicon negative battery, and the modified version is only 4000mmah.

In addition, it is speculated that Xiaomi is so competitive in charging technology, in addition to being an important selling point of the mobile phone industry, it may also be accumulating technology for the electric vehicle industry. 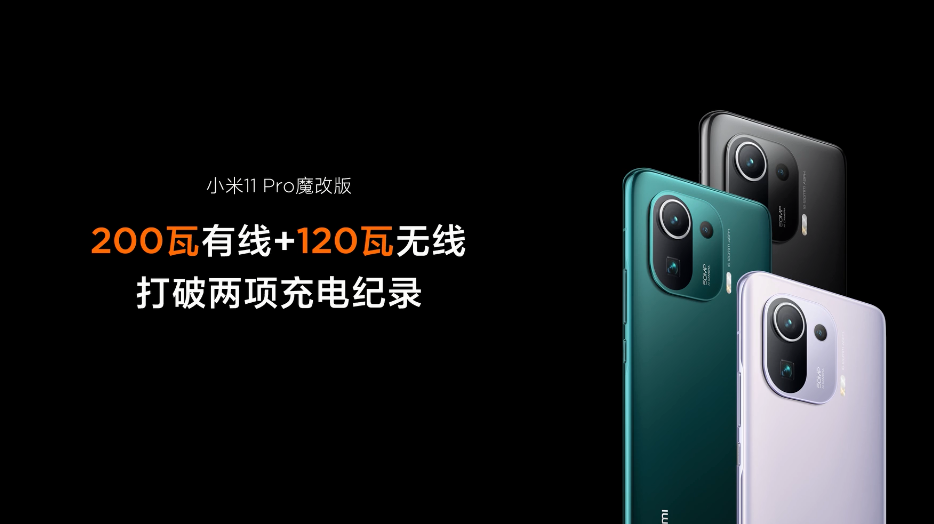