When it comes to game books, Intel and AMD have been fighting fiercely and brilliantly in recent years in terms of processors. In terms of graphics cards, NVIDIA has always been the dominant company. RTX and GTX series are completely standard.

In fact, amd has been making video cards for games, but the sound volume and volume can be ignored.

Now, with its advanced 7Nm technology and rdna2 architecture, amd has returned to the game based graphics card market again, and finally released a new generation of Rx 6000m series, includingRX 6800M、RX 6700M、RX 6600MThree models (at least the name is not as messy as n card). 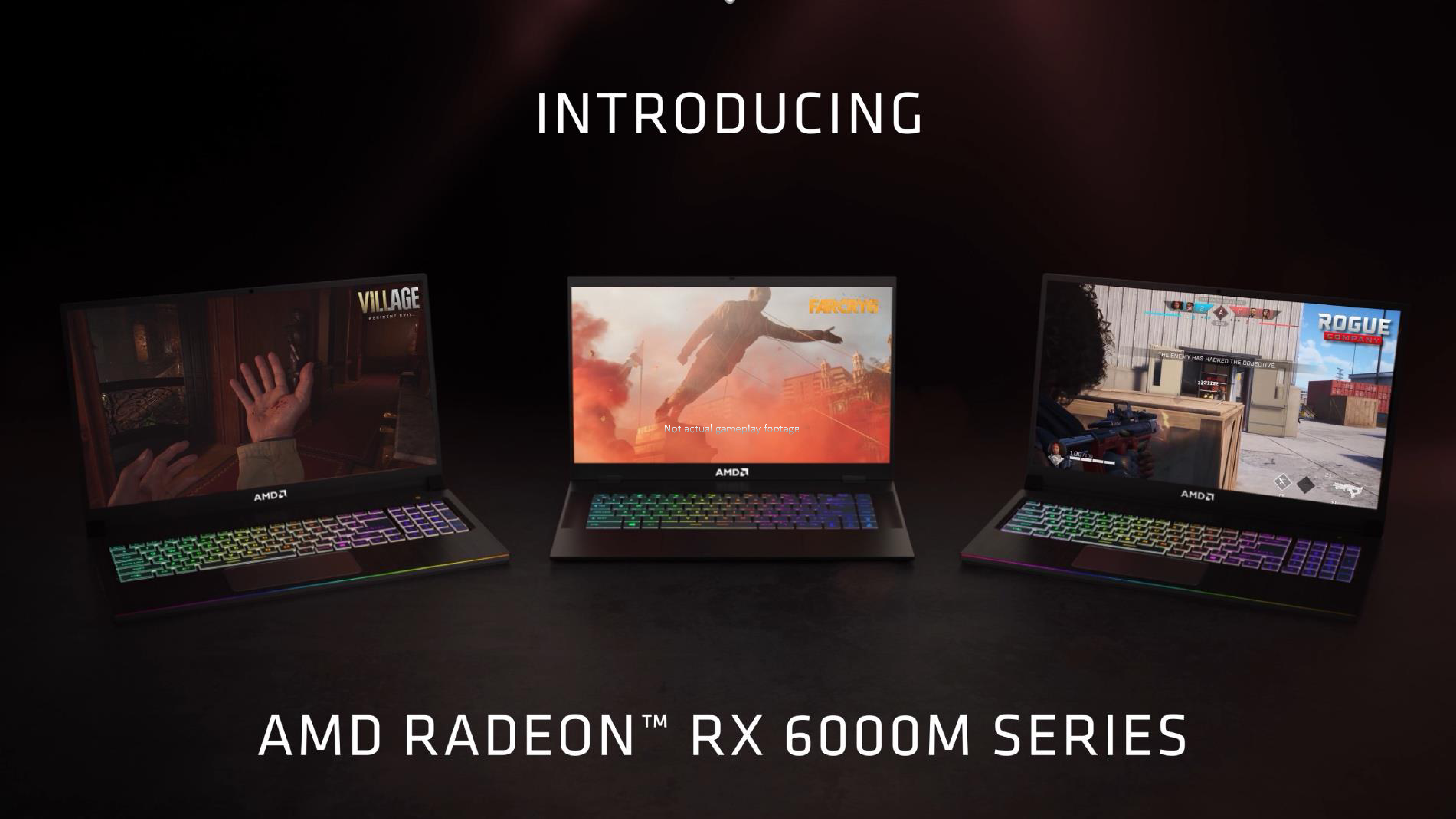 All the features of rdna2 architecture are completely inherited by RX 6000m series, including hardware ray tracing, infinite cache, Sam video memory smart technology, smartshift dynamic power allocation technology, etc. the energy efficiency is excellent as always. It is claimed that compared with the previous generation architecture, the performance can be improved by up to 50%, and the power consumption can be reduced by up to 43%.

It is positioned in the 2K top picture quality game, known for its performanceIn addition, the frame rate of many 3a and online games can easily exceed 120fps, which perfectly matches the high swipe screen. 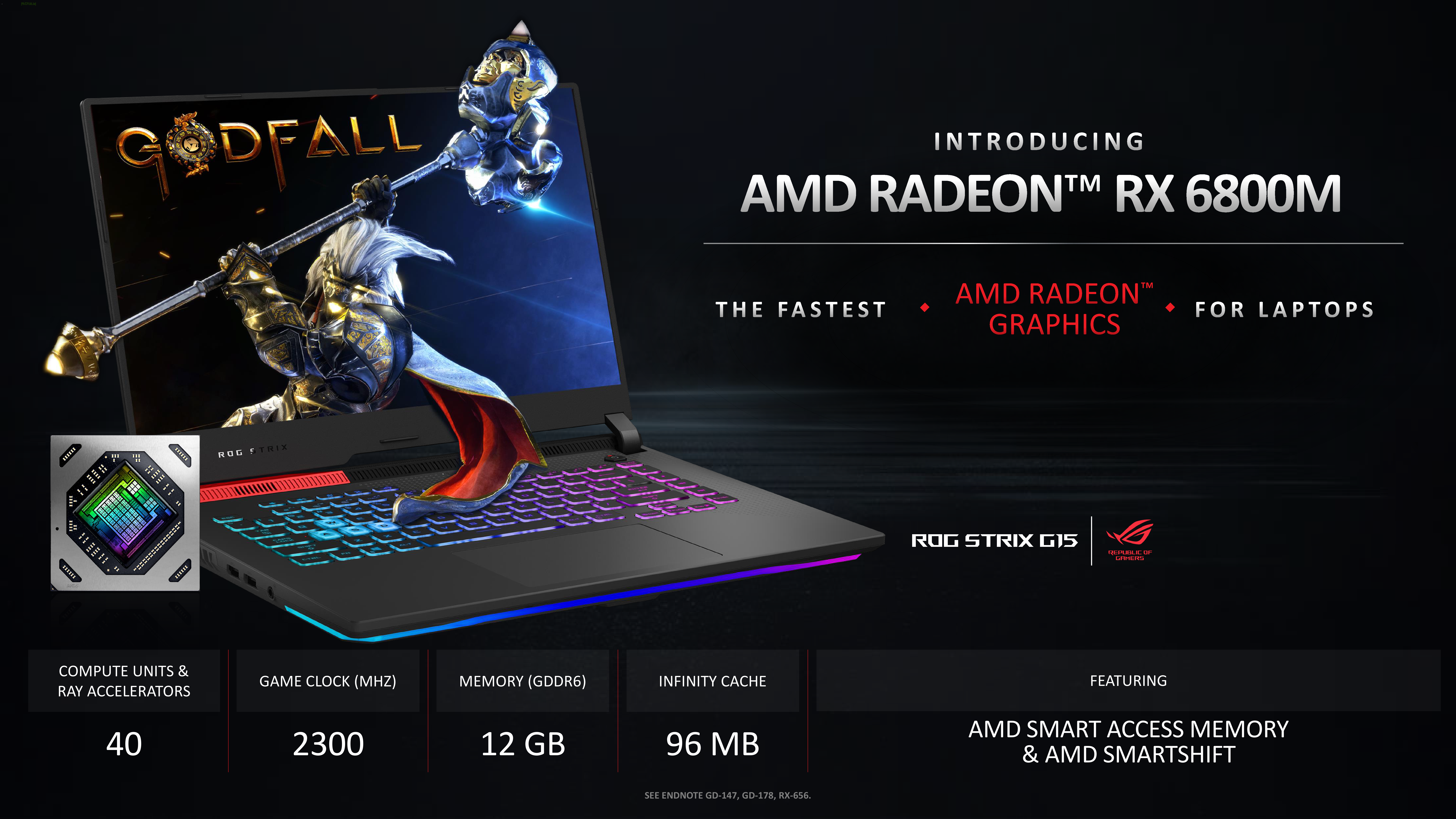 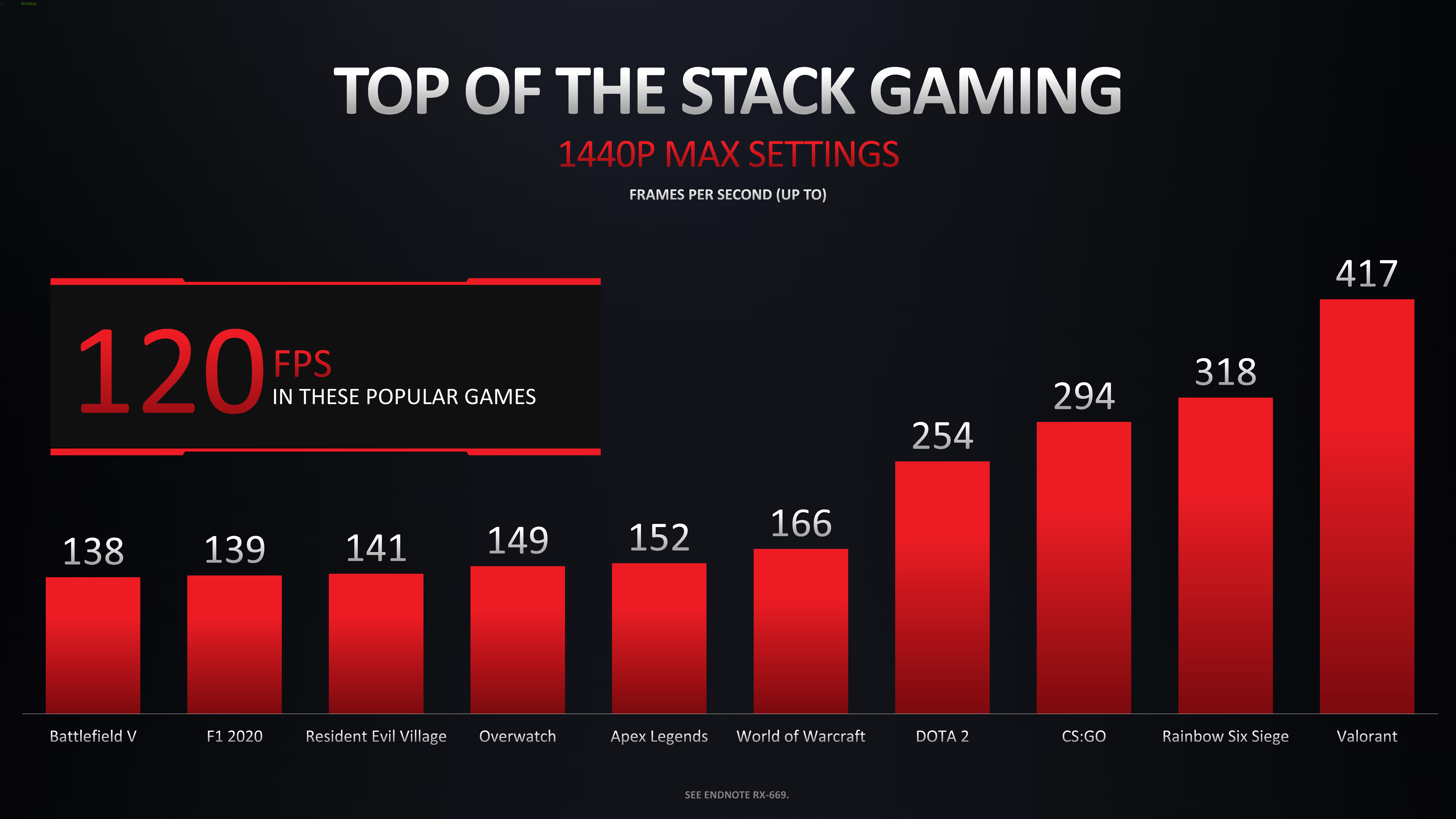 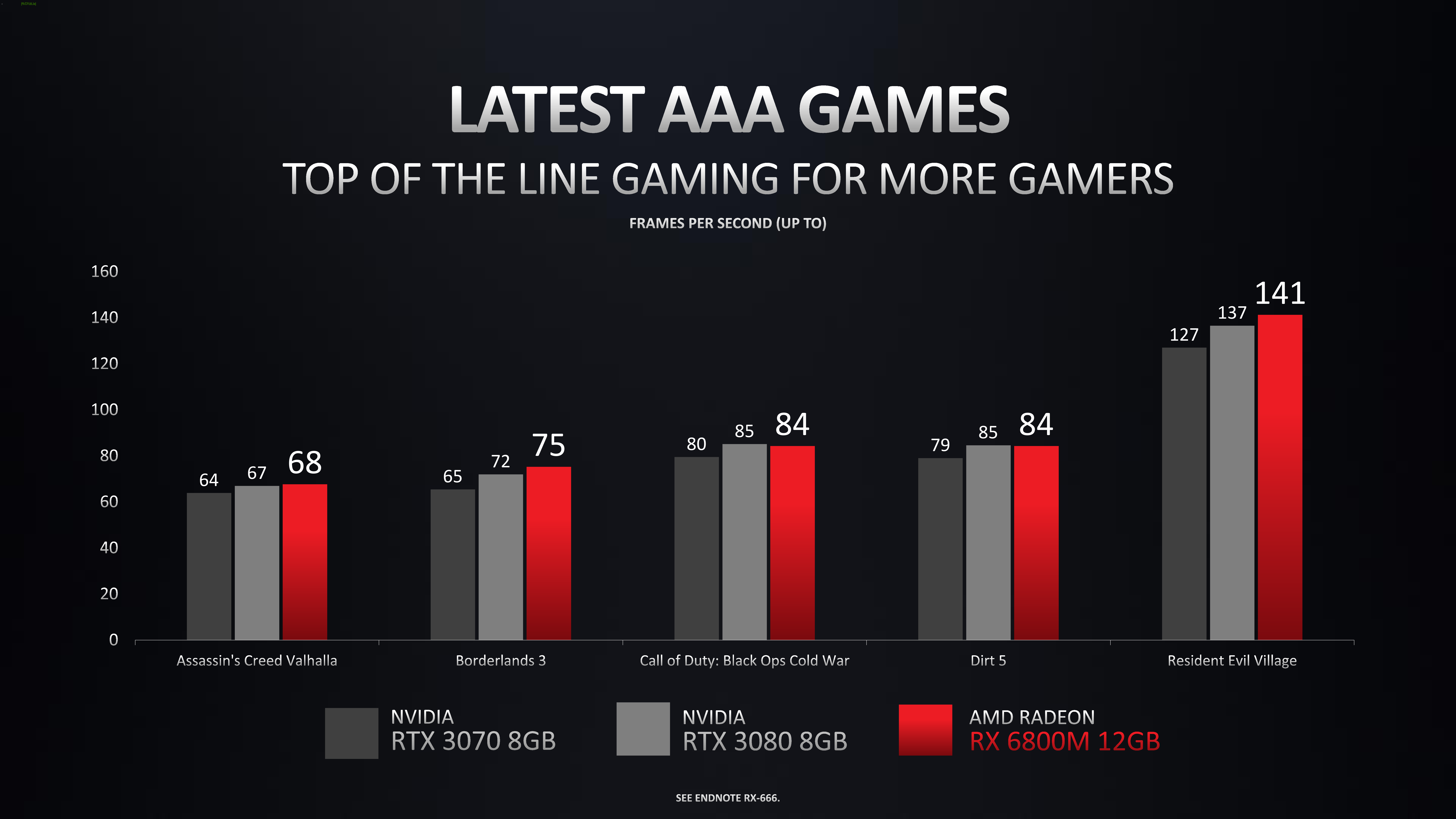 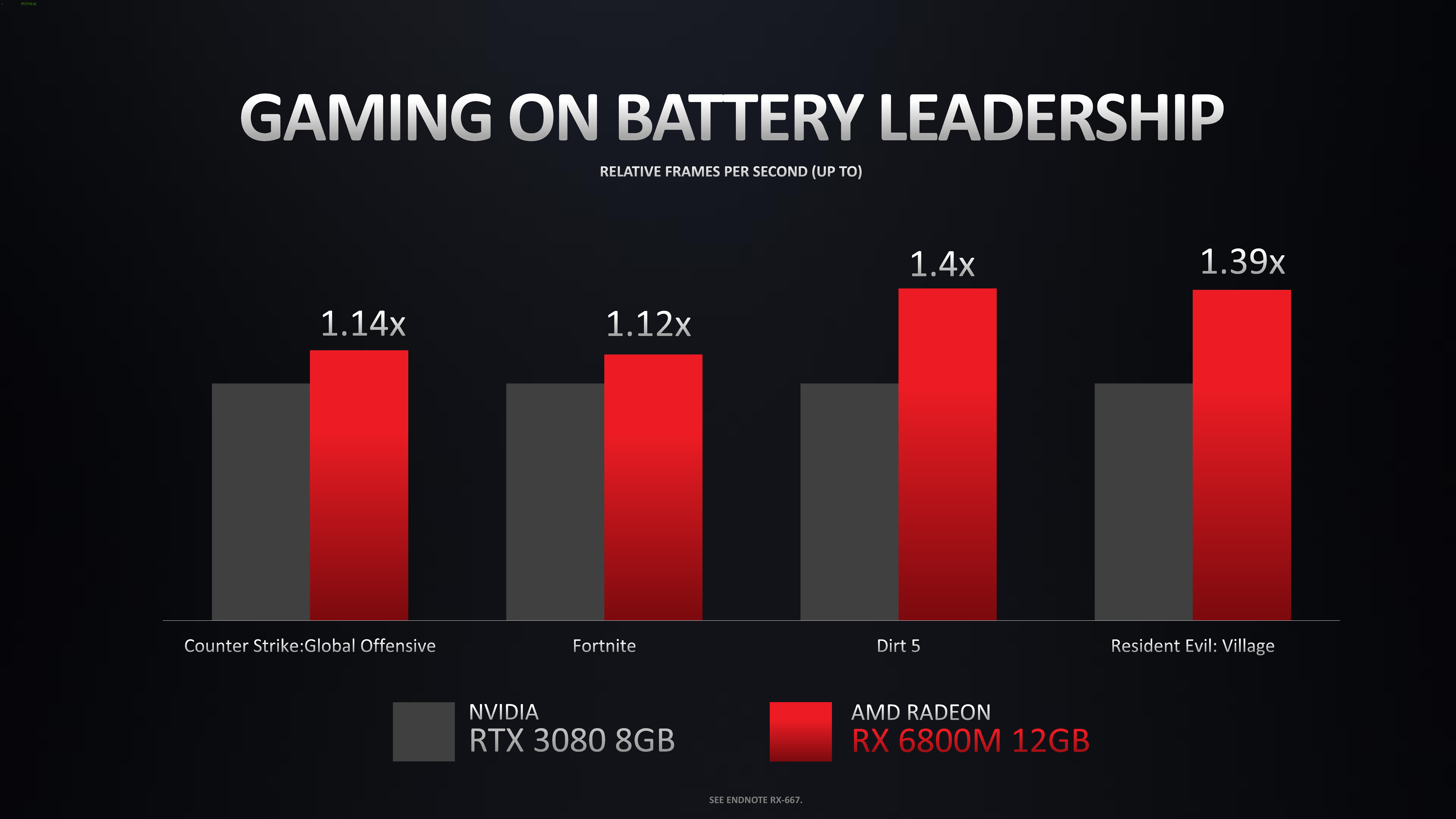 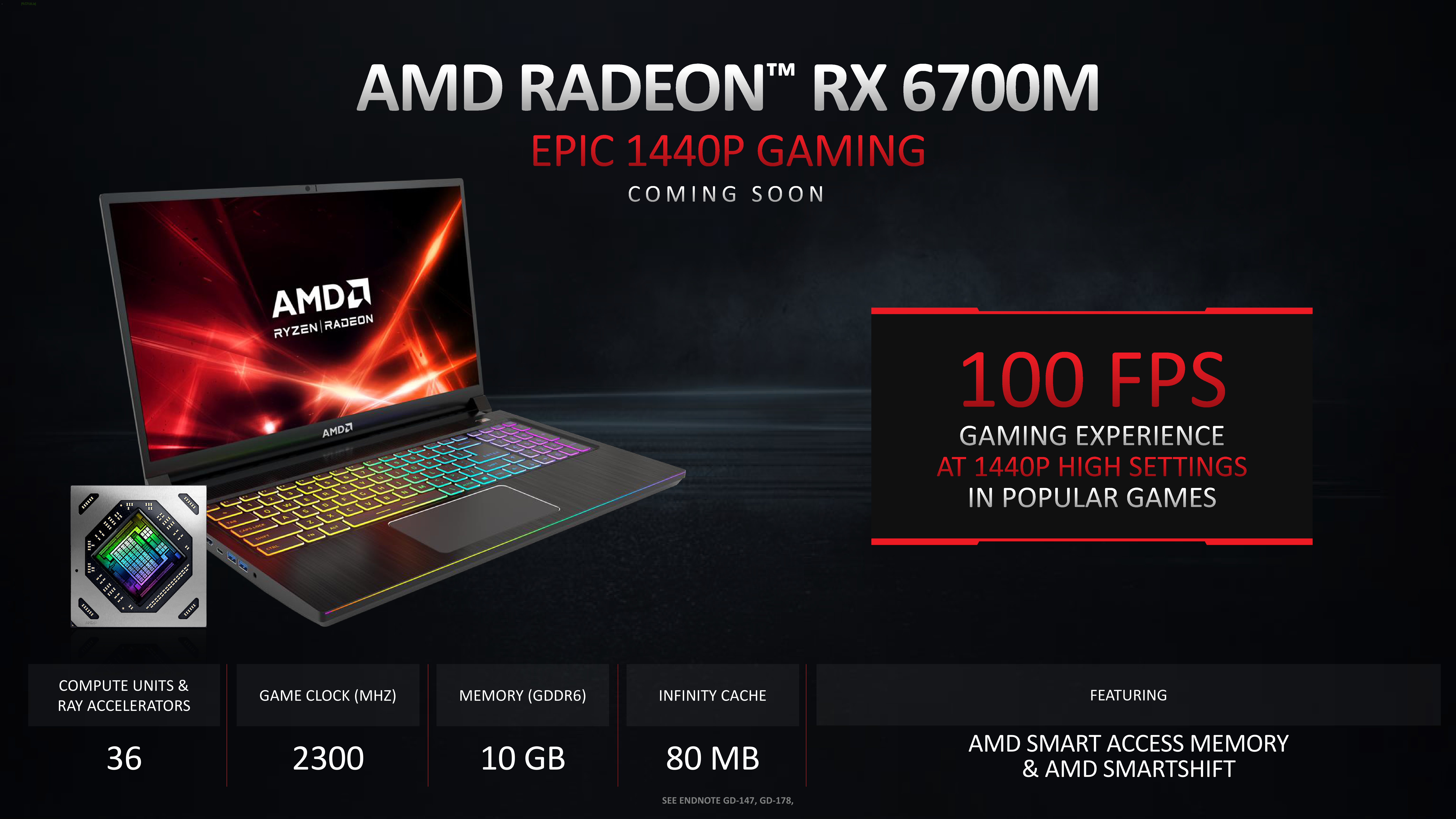 It is oriented to 1080p mainstream games, and can achieve a frame rate of more than 100fps in many popular 3A games and online games. 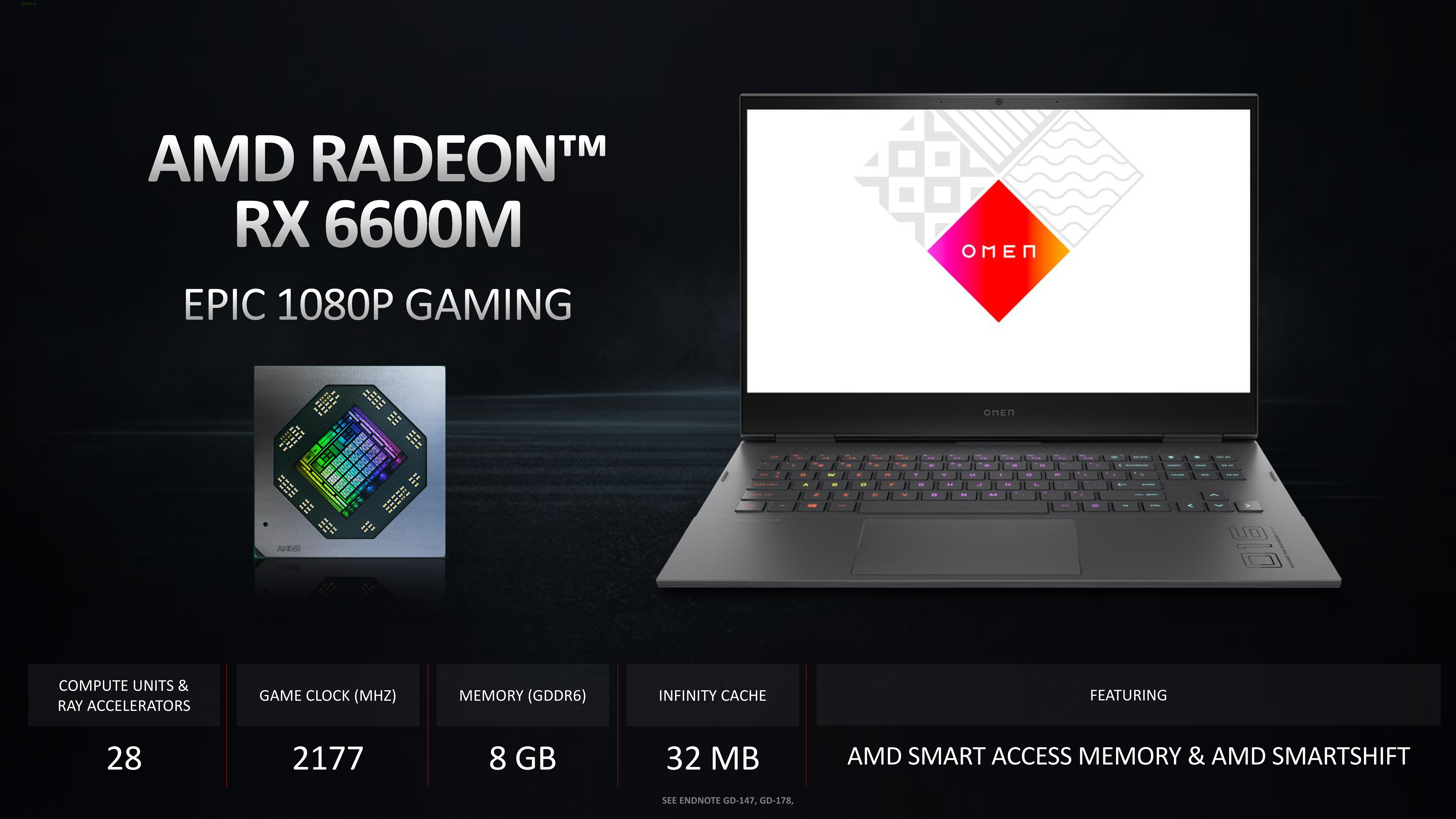 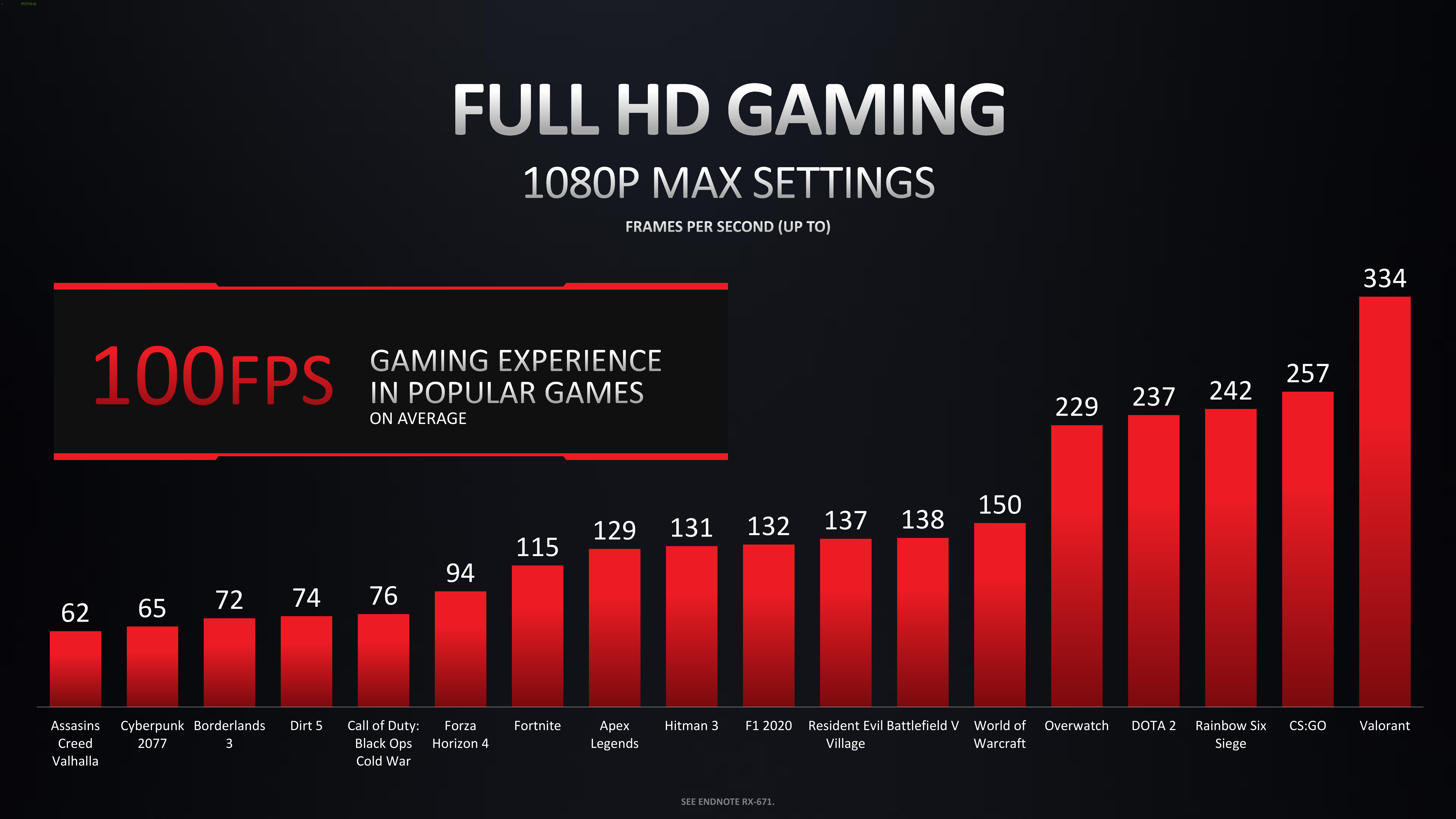 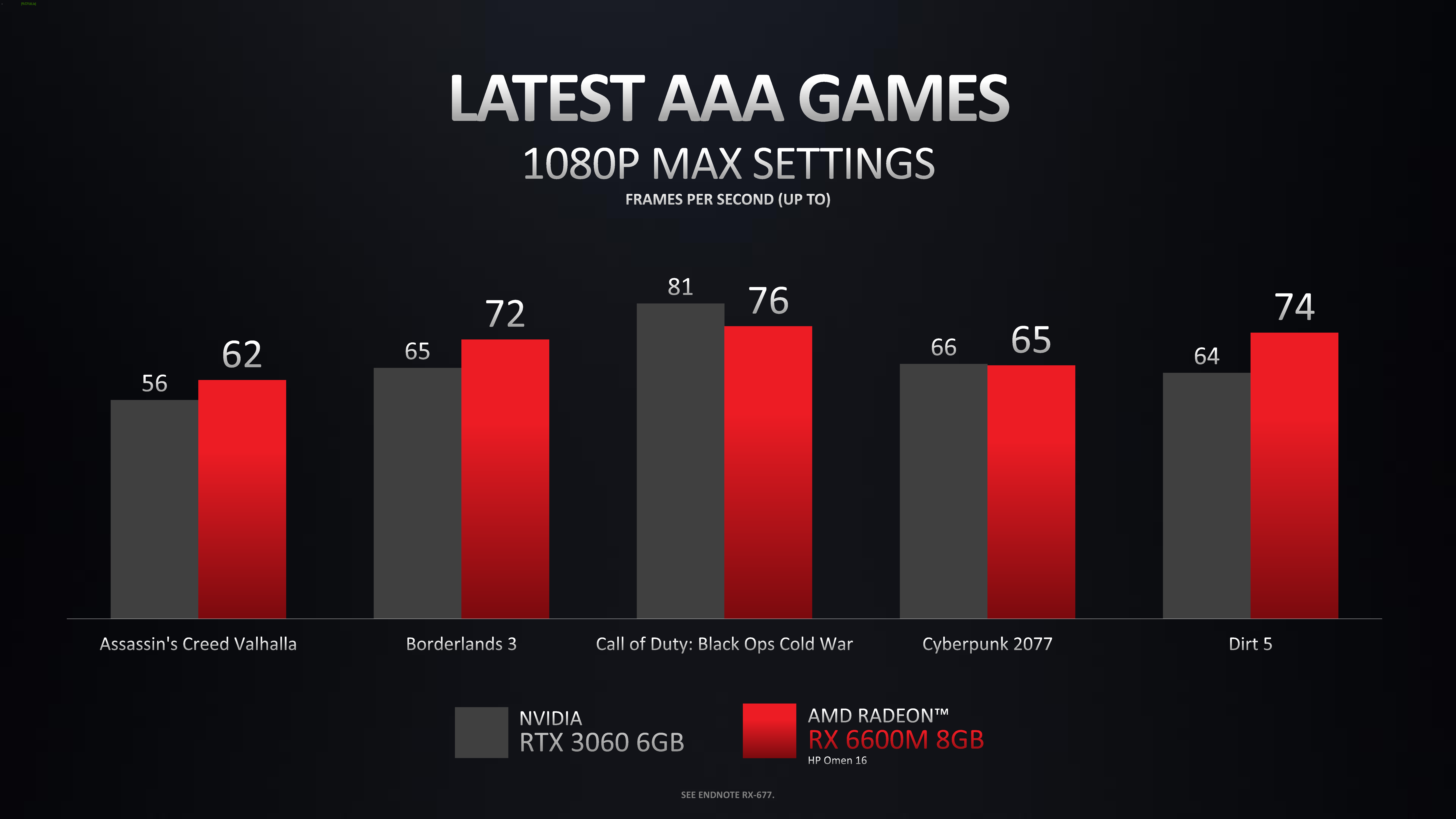 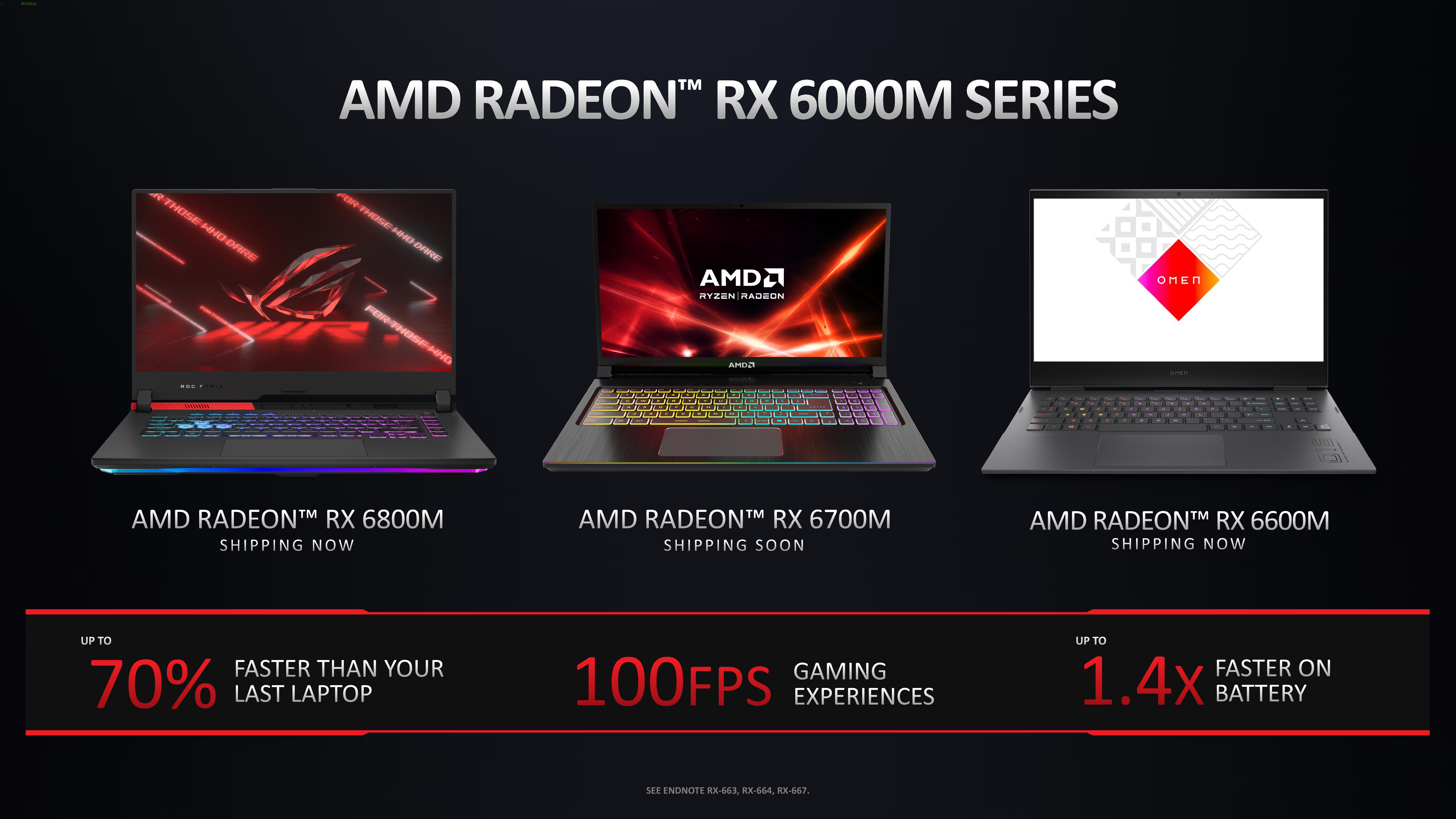