From design to function, we can't compare! Huawei mateview how to attack traditional display dimension reduction

For a long time, everyone's computer desk has been occupied by the old traditional display. They lack new ideas in the appearance design, and the function is only to display pictures. At most, they will have USB expansion function.

Many avant-garde functions and models are often exclusive to competitive displays and even special displays. Shouldn't ordinary household displays have a better experience? With the launch of Huawei mateview, this question has finally been answered.

Compared with traditional displays, the emergence of Huawei mateview is undoubtedly a blow to them in terms of dimension reduction. The competition between monitors is nothing more than three points: screen quality, function and appearance design. In these three aspects, Huawei mateview is excellent and impeccable. There are even some groundbreaking new functions, such as the combination of screen and mobile phone, second to large screen interactive system. Although it is not the first creation of Huawei, Huawei has achieved the smooth and natural experience from connection to control for the first time, which is also of great significance.

The base is the most basic part of a display, and it is not simple at all on Huawei mateview. The NFC recognition module is built in the base of Huawei mateview, which makes the touch transmission come to the display naturally. When you need to cast a screen, you can connect it with one touch. Compared with wired and Bluetooth search, you need to save a lot of trouble. 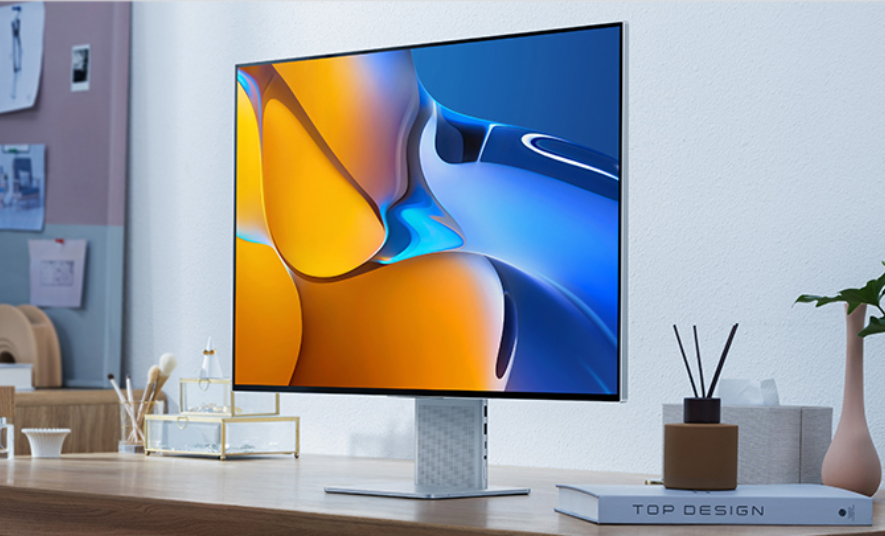 Huawei's mateview bracket is probably the thinnest but most complex on the market. In the thin bracket, Huawei mateview has the following modules built in,Two 5W full range speakers, two 4m far field noise reduction pickup microphones, and a hub docking station with a total of 7 interfaces. Using Huawei mateview everyday, you can not only feel its slim shape all the time, but also have a lot of hardware interfaces. 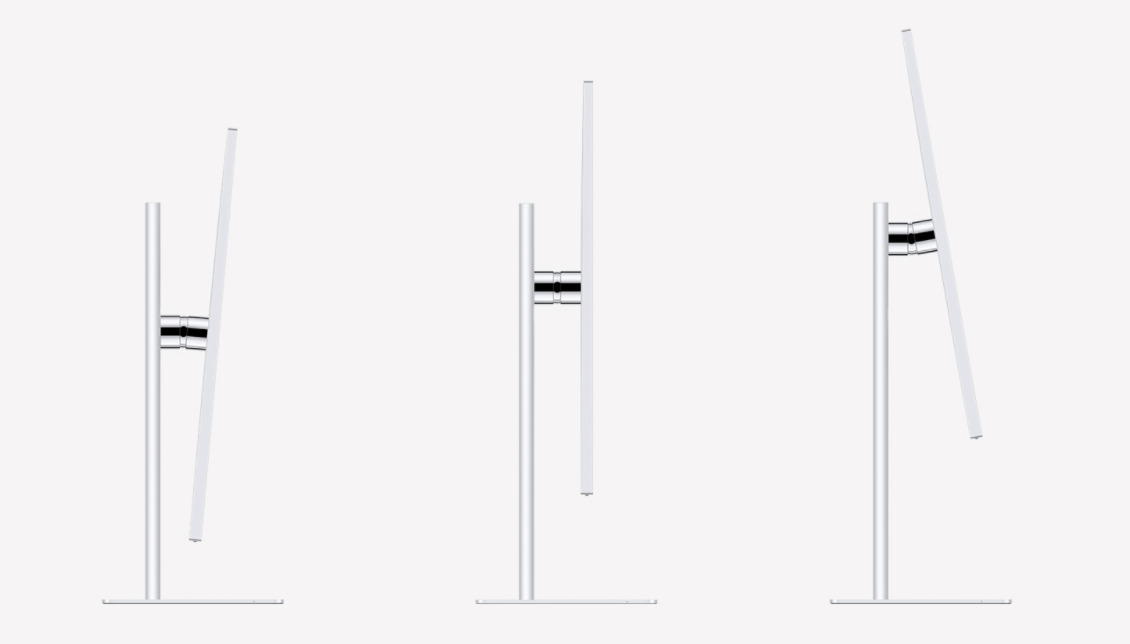 Even when the internal space is so crowded, the degree of freedom of Huawei mateview's bracket mechanical adjustment structure is still unchanged 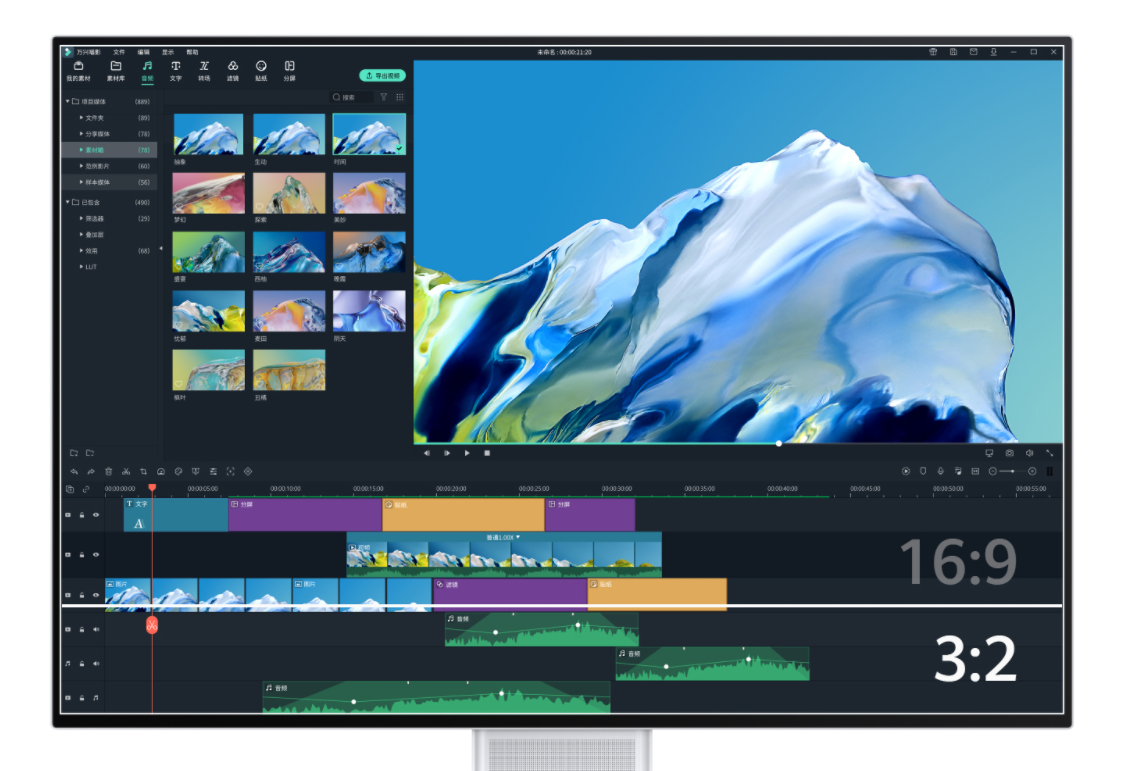 It's even more shocking to see Huawei's mateview screen at first sight. 3: 2, which has a larger vertical display range than the traditional display. It is extremely suitable for productivity scenarios such as text office and programming, so that you can see more content at a glance at work. In addition, the design of micro frame makes the proportion of screen as high as 94%, which is almost full of screen in daily use and has a great immersion feeling. 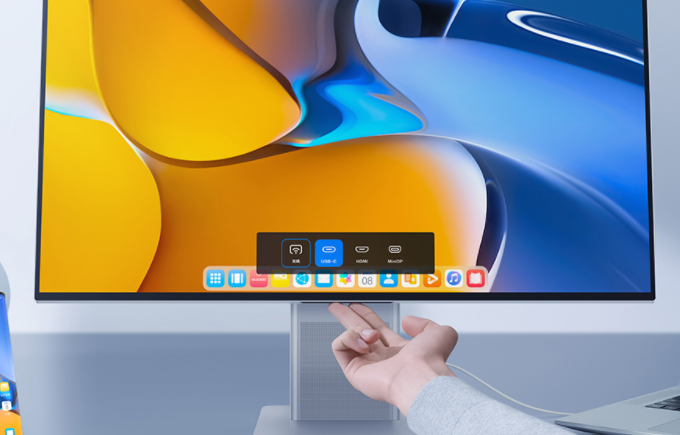 In the past, there were only two ways to control the display: button type and rocker type. Huawei mateview creatively brought touch control into the control, so that users no longer have to worry about pressing the wrong button and repeating the tedious action of backward selection. There is a smart bar at the bottom of the middle of the screen, which uses touch and slide to replace the original button operation, making the interaction more intuitive and concise.

The screen quality of Huawei mateview is extremely excellent, even comparable to that of professional displays. 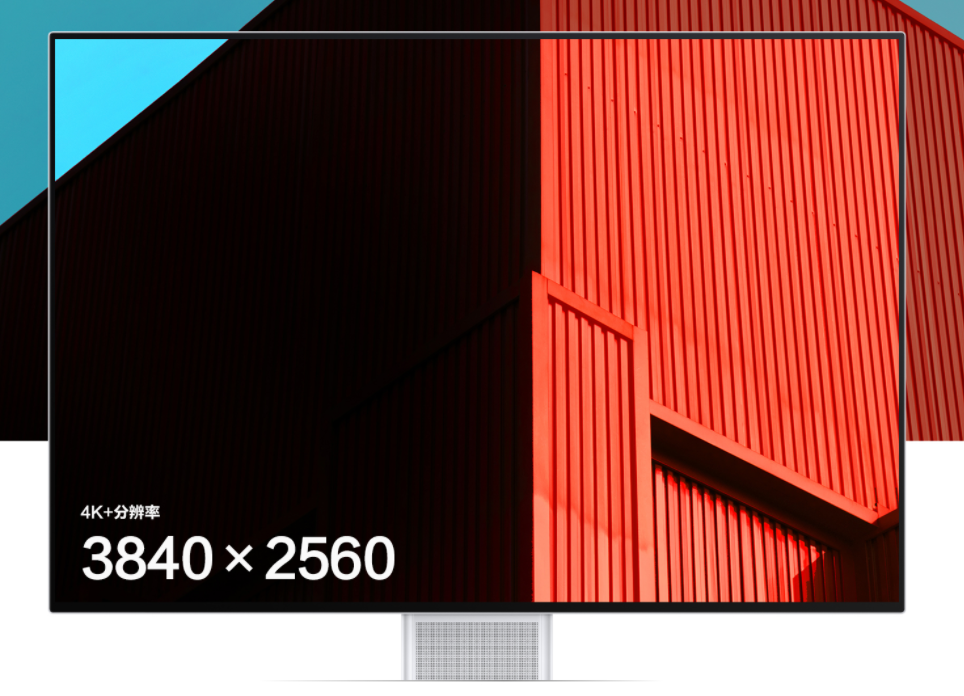 Generally speaking, dci-p3 gamut is widely used in audio-visual works, so it is also called film gamut. Huawei mateview's screen gamut is as high as 98% dci-p3, which almost covers the whole gamut. It can present more rich colors, and it is also true to the colors originally expressed by the authors of original movies and photos. 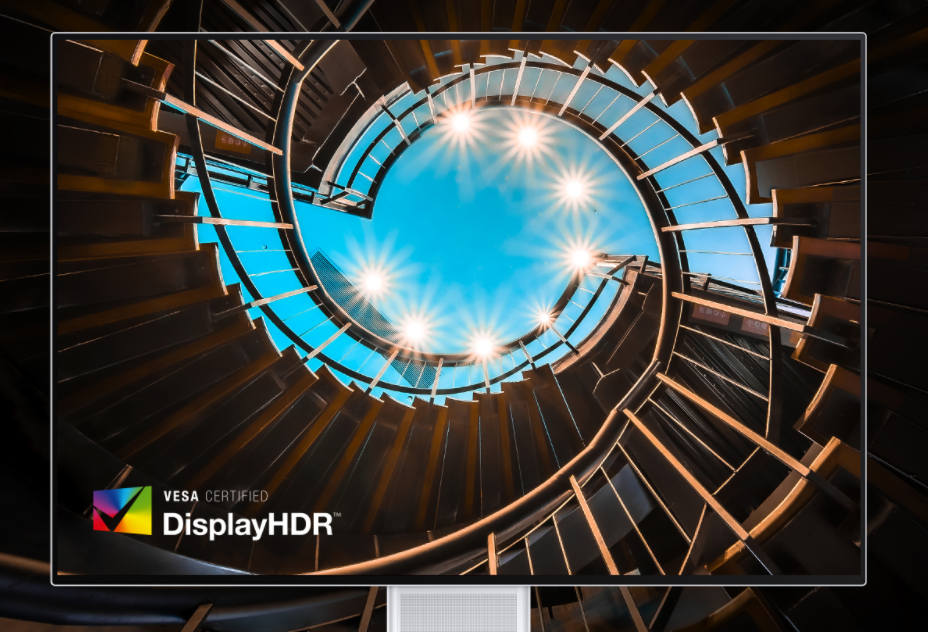 On the basis of almost full coverage of true 4K resolution and movie grade color, Huawei mateview also has HDR 400 certification, with the maximum brightness of 500nit. When playing the supported movie source, it can provide a more realistic and natural transition between light and dark, which greatly improves the dynamic range of the whole movie. 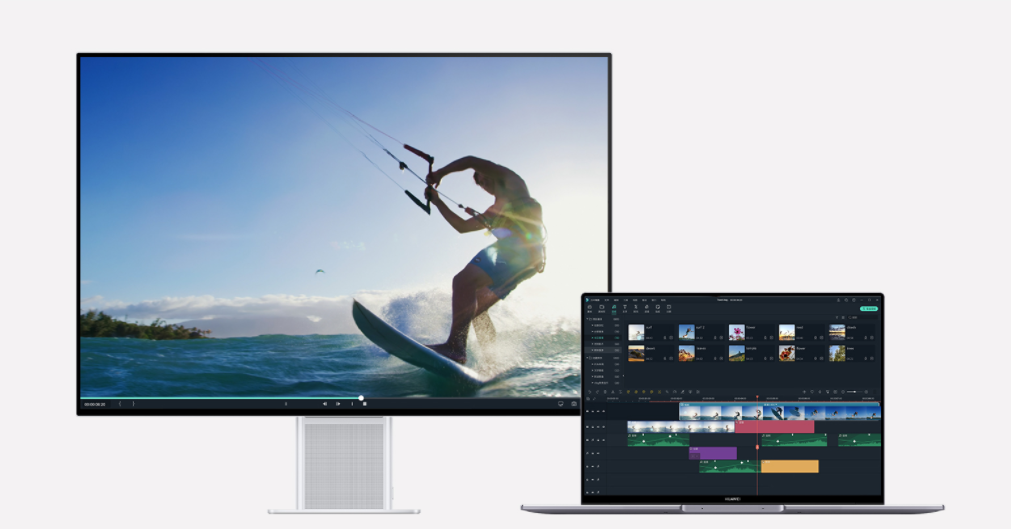 Whether you are using a mobile phone, tablet or laptop, you can experience the projection function. Wired projection has certain requirements for the interface specification of the device, while wireless projection is simpler and easier to use. 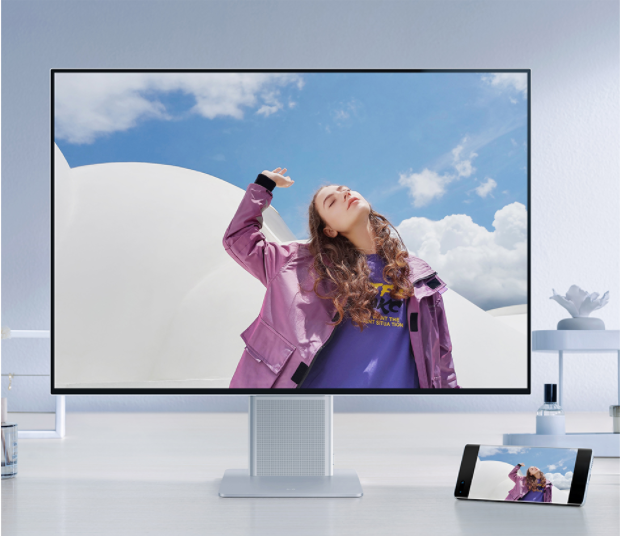 Select the content to view, and touch the base gently to realize cross screen playback. Mobile wireless projection can also activate a more convenient desktop mode, and all kinds of document tasks and communication can be completed in a more intuitive large window under the large screen. After the task is completed, it will be seamlessly stored in the mobile phone and can be taken with you. Daily small things are done by mobile phones, and big things are dealt with on the screen. Only in this way can the mobile office experience be free enough.

In general, if you just think of Huawei mateview as an ordinary display, it's a big mistake.

In terms of screen quality, it is comparable with professional display, which is excellent in both daily office and audio-visual entertainment; And its industrial design is incomparable. It is exquisite to integrate so many modules and still ensure the light and beautiful structure. Huawei's characteristic projection screen is also fully utilized this time. With the mobile phone, the display can be changed into a computer in seconds, and the productivity of mobile office is even higher. 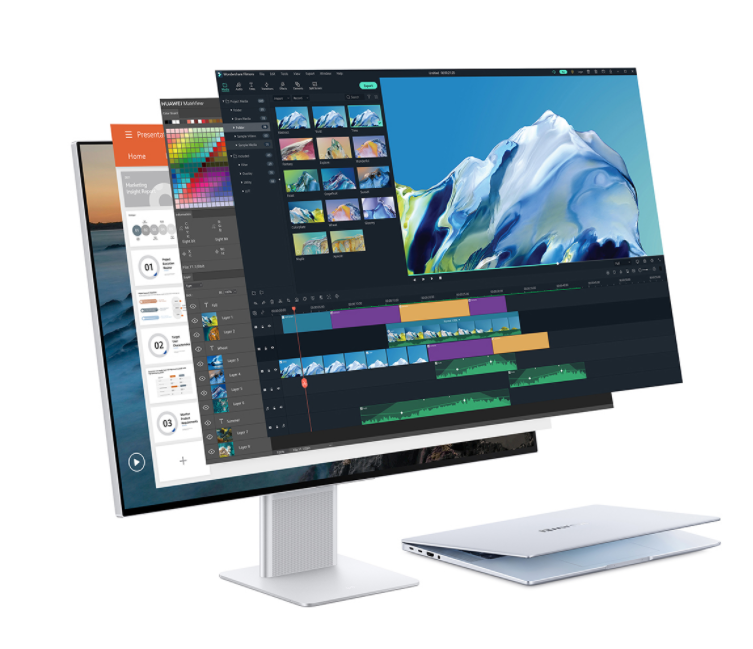 For a long time, home / office displays have not been taken seriously. With the emergence of Huawei mateview, we finally have a choice to a higher level. Such a high-quality, well-designed and powerful display is not only an expansion of the host image output, but also a second variable productivity terminal with the mobile phone itself, realizing more free mobile office.

Tiktok, HUAWEI, which is so powerful, will be officially launched in June 1st at HUAWEI shopping mall, Jingdong, Tmall, suning.com and HUAWEI online licensing store, and MateView official flagship store.，There is also a deposit of 100 yuan to 200 yuan during the pre-sale periodIt's time to create a new office atmosphere for your desktop.