Female owners of auto show claim that Tesla's data is missing! Show up and shout: hope to do vehicle software detection

So far, Tesla and the car owner have made several statements, but they still can not reach an agreement.

According to boiling point video, on June 4, a woman who once stood on the roof of the Shanghai auto show to protect her rights came to the 4S store where the accident car was. She lifted off the clothes of the accident car and showed it in red, attracting people to watch.

Ms. Zhang said,Tesla said that she stepped on three windows of the exhibition car and came to the exhibition five times. Every time, she took the initiative to make compensation, but Tesla never provided an account.

For third party testing,Ms. Zhang said that she hopes to find a third party organization to detect the software of the accident vehicle. In this regard, Tesla field staff said that they would give feedback.

It is understood that Tesla released the data one minute before the Anyang brake accident on April 22, but the husband of the rights owner said that he did not approve of Tesla's behavior, and said that Tesla's disclosure of driving data violated personal privacy. 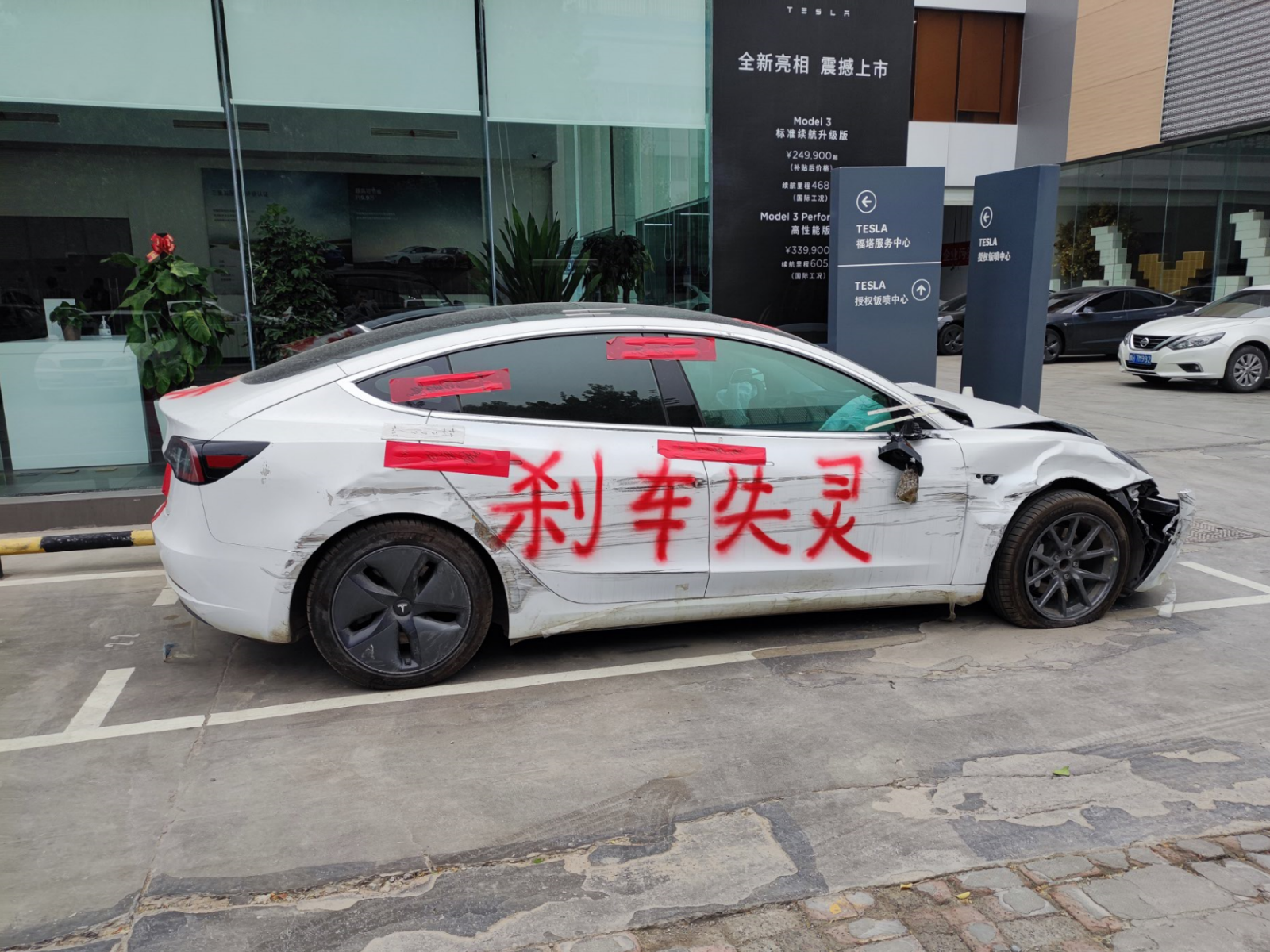 Related news
NVIDIA classic computing card series Tesla to be renamed: too confusing with Tesla
Hot news this week
The company announced the shipment data of 2021 Q1: the proportion of Huawei fell to the sixth place in the world at 4%
Sony's third generation noise reduction experience: comparable to the strongest combat power of real wireless noise reduction headphones
Henan satellite TV "Dragon Boat Festival wonderful tour" full version popular all over the network: netizens call content amazing
New people to do "new" business: preparing for the battle with Zhang Ying, a peach farmer in Yangshan
In depth cooperation with Huawei real hammer! BYD open recruitment of "Hongmeng development engineer"
An 18-year-old Japanese female painter is popular, and her painting level of mobile phone software is beyond imagination: beauty makes netizens sigh
In 618, big promotion came, beware of the trap of cheating by taking advantage of the official SMS of charging companies' platforms
Dragon Boat Festival colorful Luoshen amazing interpretation of underwater flying netizen: too beautiful, lost the language
Can you travel around the world without leaving home? Jingdong 618 Jingdong International gives you a fancy "flying" strategy
During the period of 618, Jingdong will issue a total of 10 billion consumption vouchers, which have benefited consumers in 14 places such as Beijing and Zhejiang
The most popular news this week
Return after 10 years! Windows 11 latest boot audio exposure: listen to it
Yixin technology won the honor of "2020-2021 (4th) China IC unicorn"
Which brand of vacuum cleaner is better? Who should buy vacuum cleaners and floor sweeping robots at the same price?
Shenzhou Wentian wechat adds time limited status "rush"
A moment in history! The successful launch of Shenzhou 12
Airpods 3 will be launched this year! Apple executives hint: it may integrate the bracelet function
The first man after Bill Gates! Microsoft CEO NADELLA will also be chairman of the company: the first time in 20 years
Domestic mining fails Huaqing: the price of graphics card is falling
The couple's "love insurance" was refused when it was due
Good news! 360 government enterprise security group won the bid of 236 million yuan national network security industry base major infrastructure group project to build Zhengzhou security brain