At first glance, amd advantage is quite similar to Intel Evo, but the difference is very obvious. One is for game book, the other is for light book, serving different market areas and user groups, with different value orientations. Of course, the original intention is to make it easier for users to find the most suitable product when they buy notebooks. 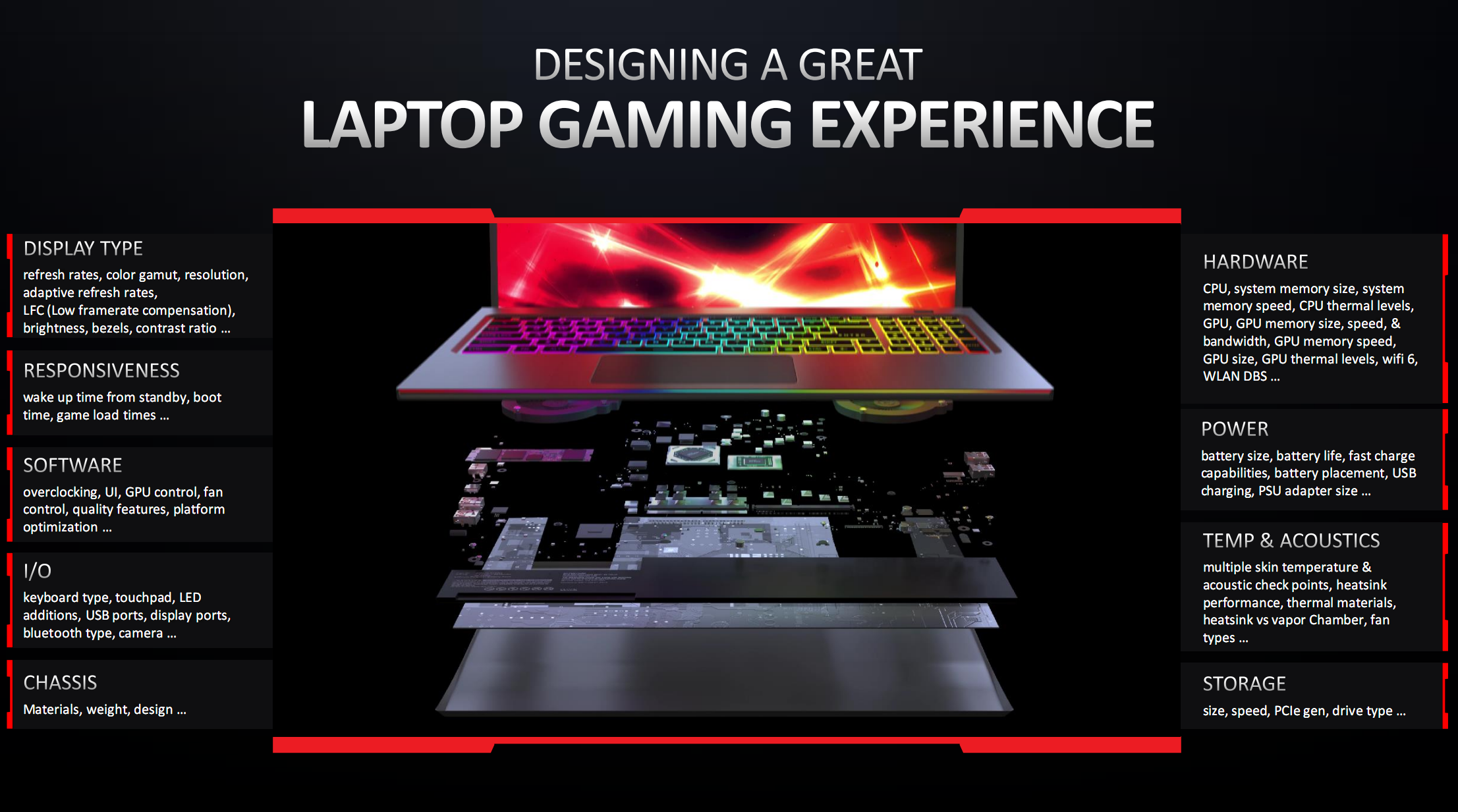 Amd advantage also makes detailed regulations on all aspects of a game book, including the body, display screen, hardware configuration, input and output, software control and optimization, system and game response, power supply, charging and endurance, temperature and noise, and so on. Every aspect of the game experience is taken care of, and must meet the requirements in an all-round way, To be included in this design framework.

Among them, CPU processor and GPU graphics card are of course very important. They are the key to define the performance. But in addition, there are a series of component design that are also very important, including power supply, heat dissipation, battery size, screen resolution / refresh rate / color gamut and other qualities, as well as determining the shape and size of the relevant components to be installed in the computer. Weight and material should be considered, How much budget can be invested to achieve lightweight design, so there are many decision points around the game based experience, up to hundreds.

It is worth mentioning that for the appearance design of game books, amd also has specifications on size and weight, depending on what functions to achieve. However, AMD will not impose mandatory requirements on appearance, material, appearance, etc., and will not interfere with the industrial design of laptops in the whole industry.

Amd hopes to improve the standard of defining the best game book experience, so it is working with OEM manufacturers to design the next generation of game books. By providing OEM manufacturers with a design framework, it can ensure that the performance of the sharp dragon processor and the radon graphics card can be fully released and transformed into a real user experience. 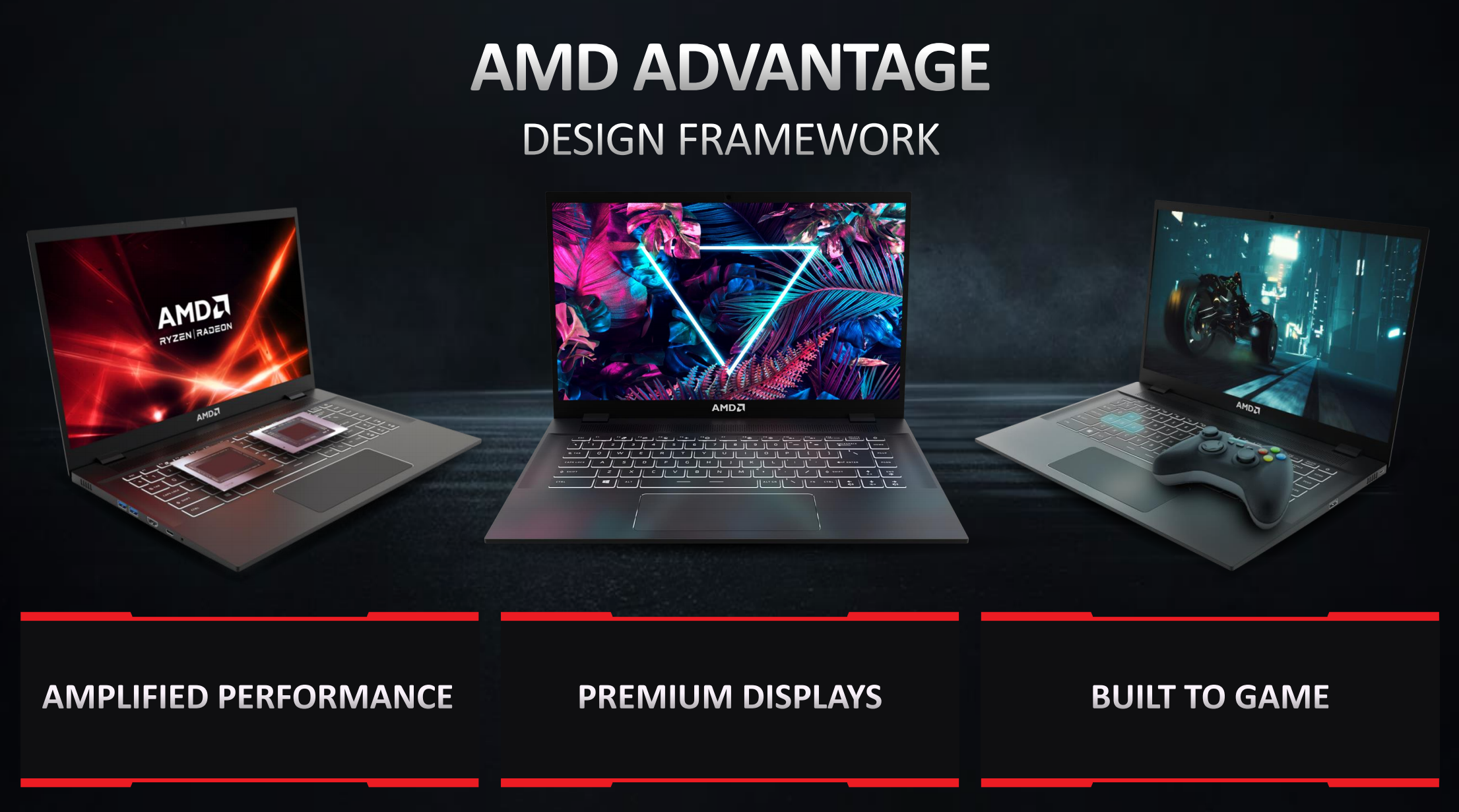 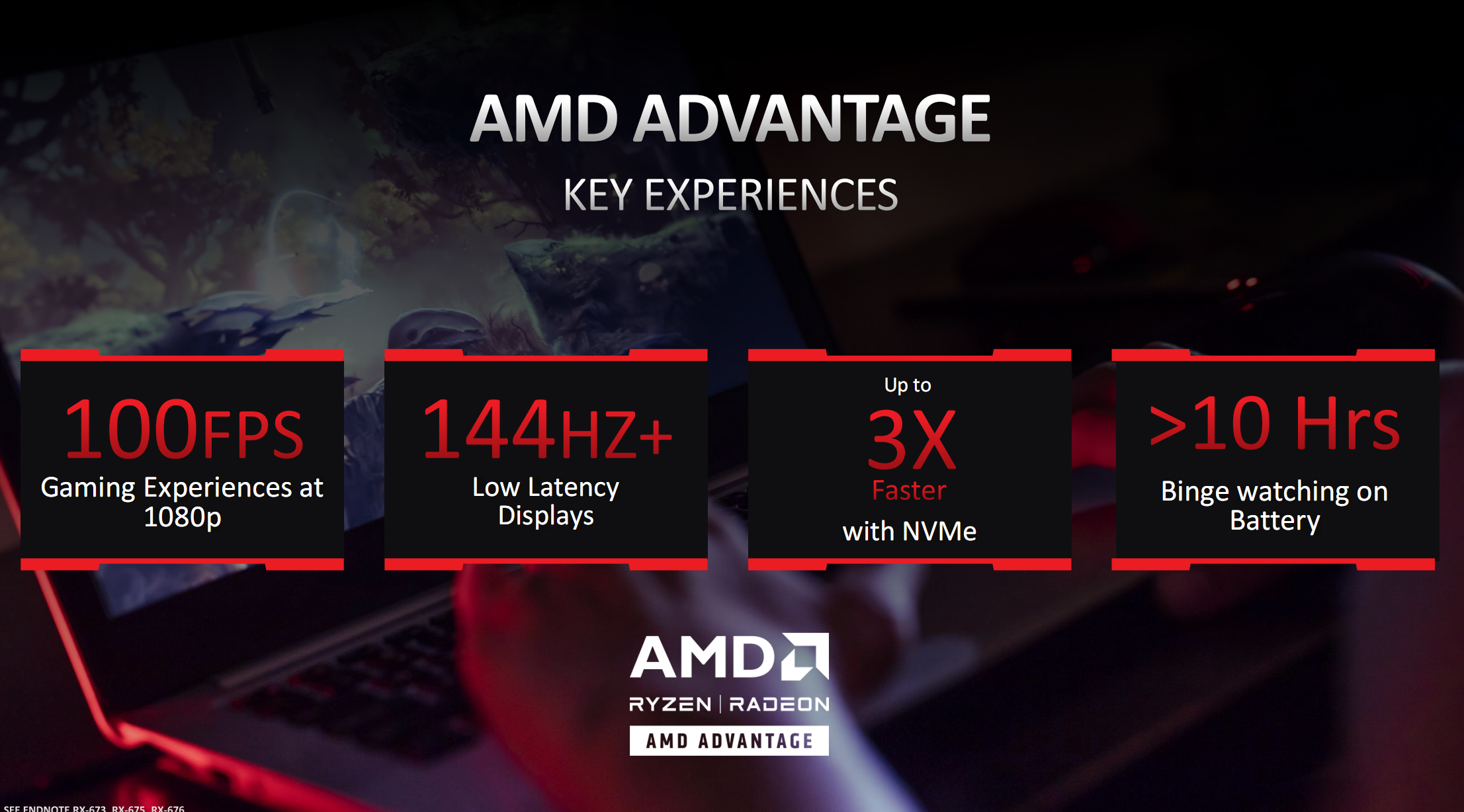 In particular, Sam technology, by allowing the processor to access the full memory capacity of the graphics card, can speed up the performance of the game by up to 10%, which can be found without any money, sometimes comparable to the improvement brought by upgrading the graphics card. 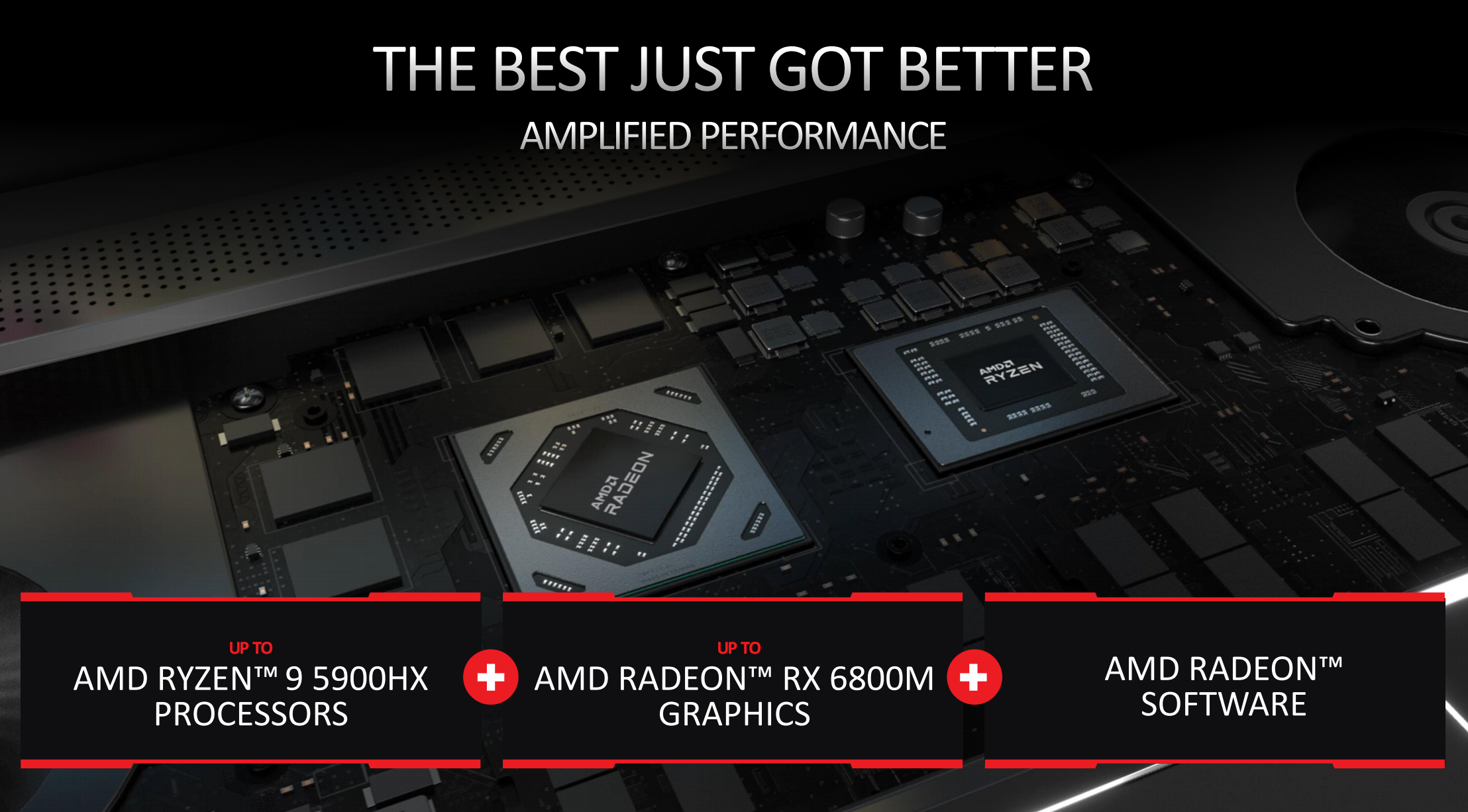 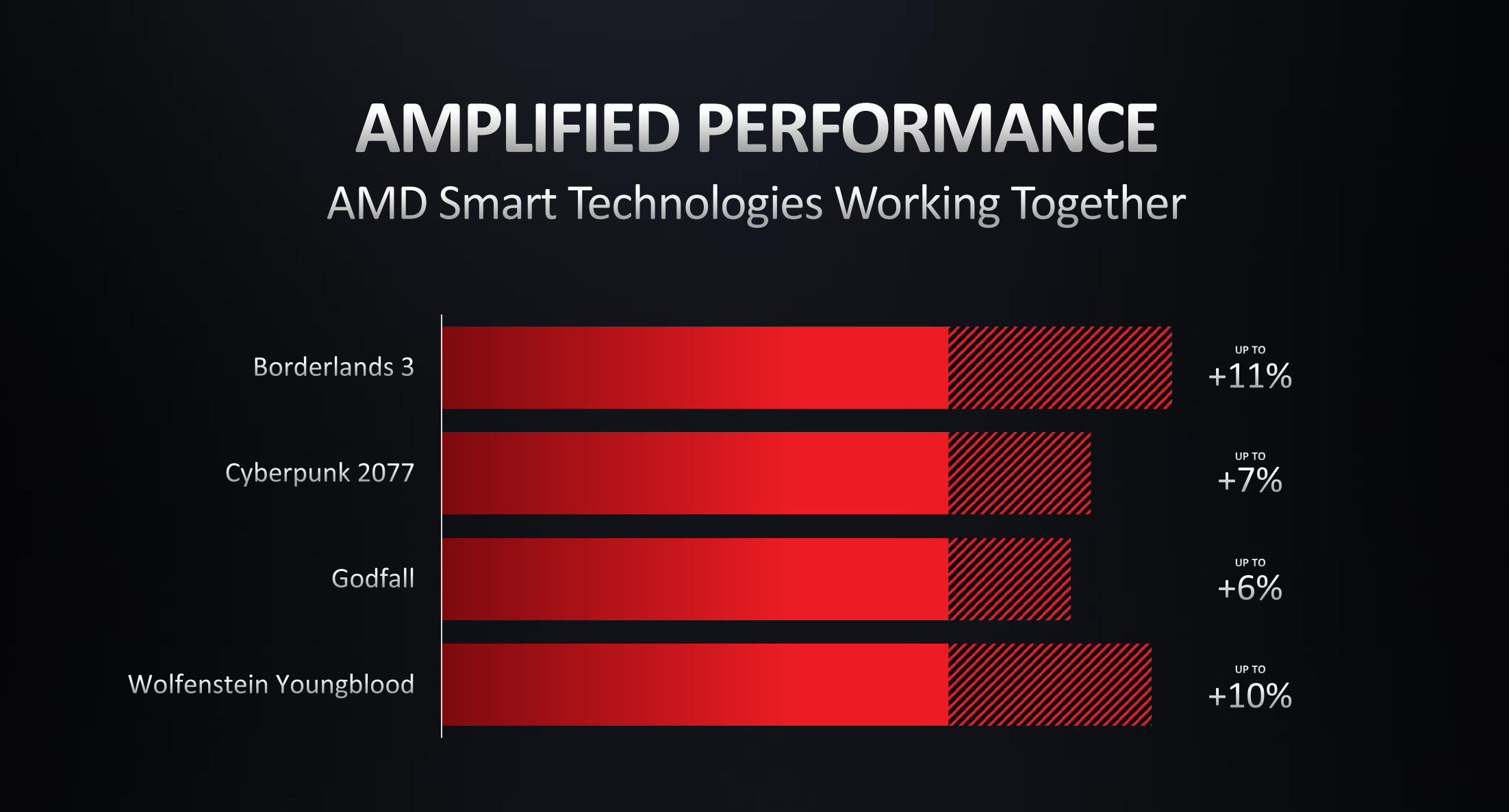 Amd advantage game book, the screen needs to beIPS or OLED panel, refresh rate not less than 144hz, LFC (low frame rate compensation), brightness not less than 300nits, gamut not less than 100% sRGB or 72% NTSC, low latency, and support AMD freesync priemium advanced synchronization technology, to ensure that the game screen is not stuck or torn. 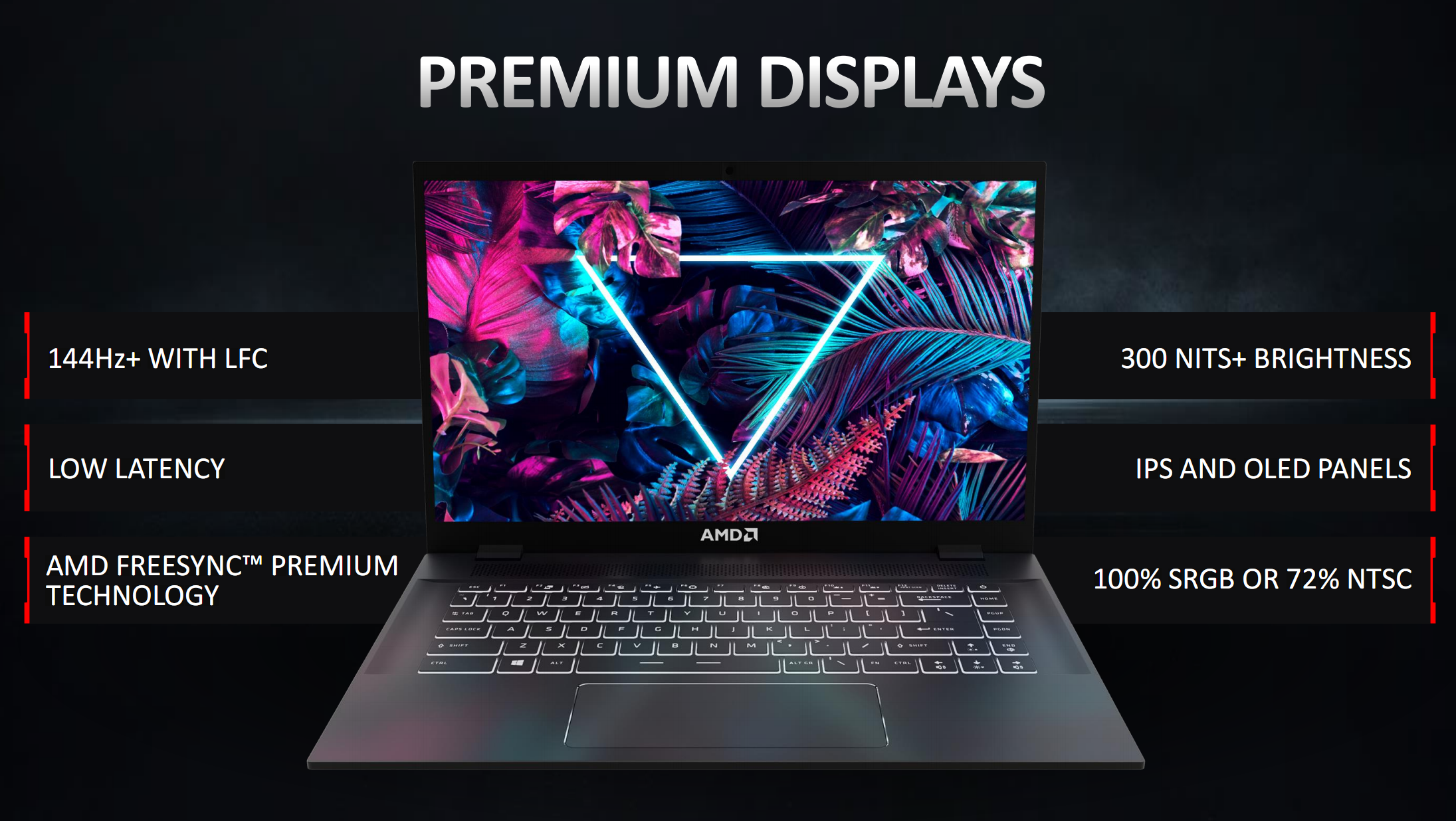 The third point is officially calledBuild for gameTo put it bluntly, all aspects are designed to optimize the game experience.

For example, the hard disk must beNVMe PCIe SSD, which is several times faster than traditional SATA SSD;The surface temperature of the four commonly used WASD buttons in the game should not exceed 40 ℃The direction key should not be overheated;Battery life shall not be less than 10 hoursIn fact, many games don't care much about this. 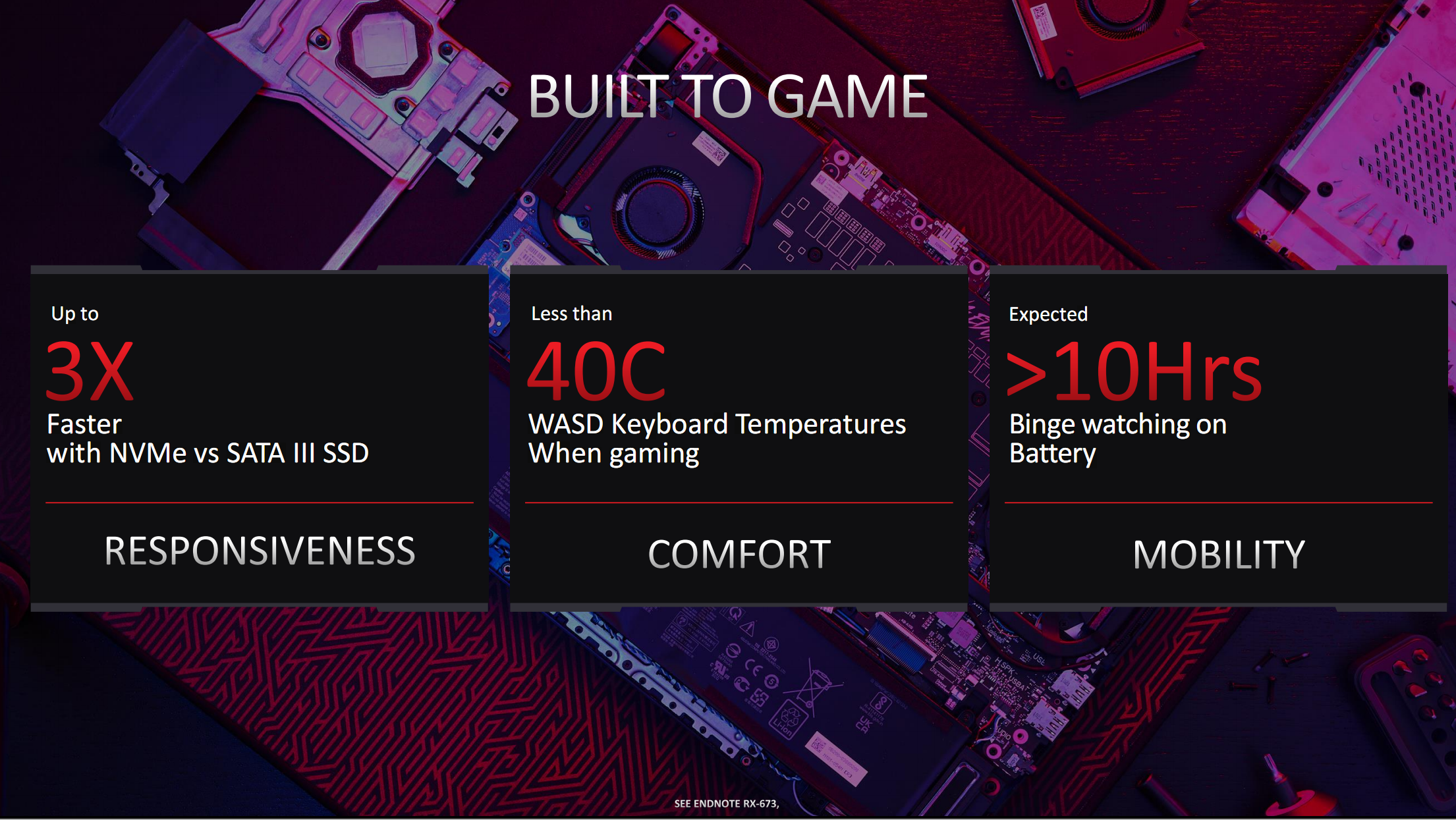 Amd advantage games will be launched one after another in the near future, with ASUS Rog, HP omen, micro star and Lenovo savior joining in the first batch.

The other one isHP omen 16

PS: the name advantage is not very friendly to Chinese users, AMD is also considering localization. 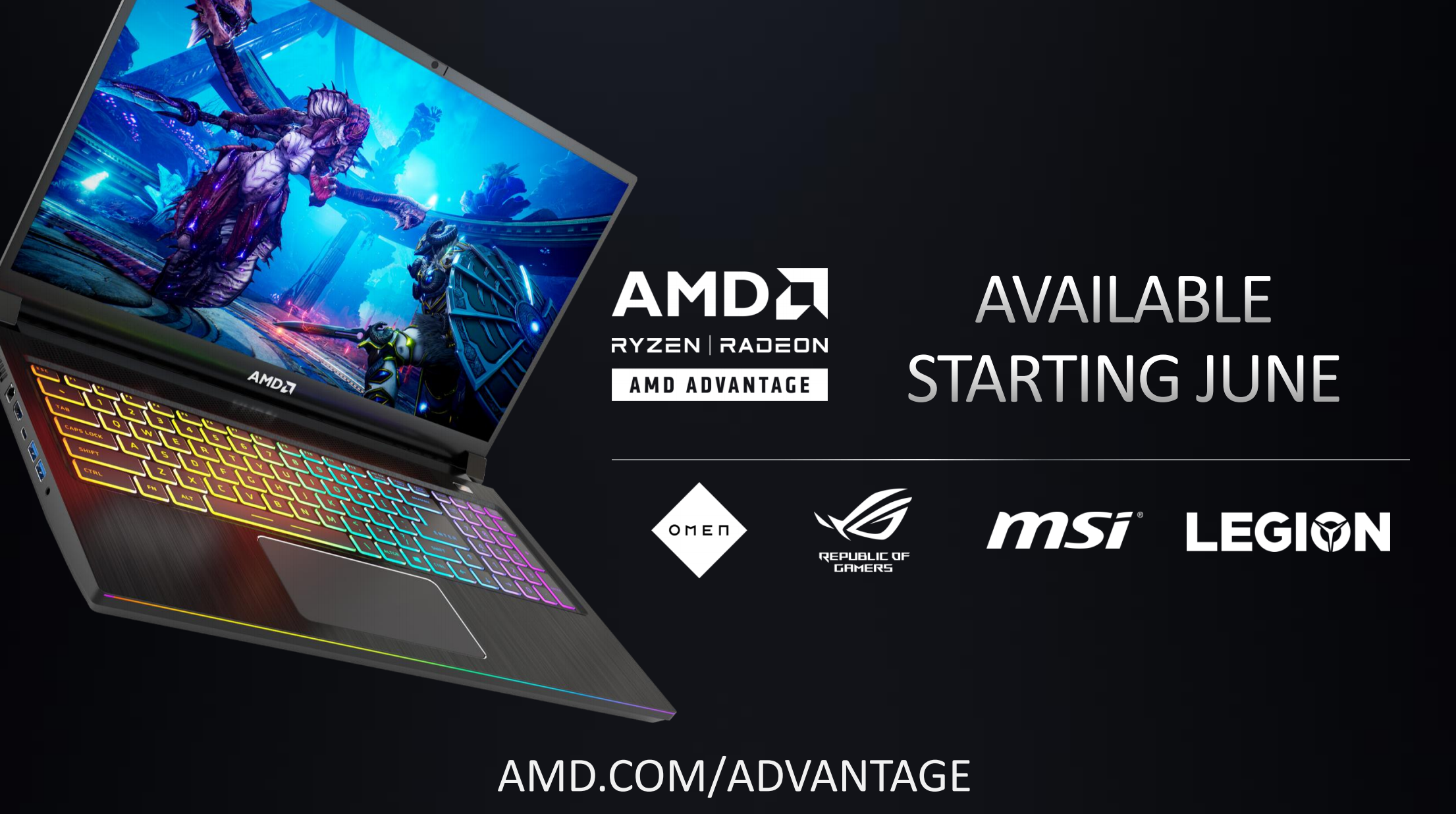 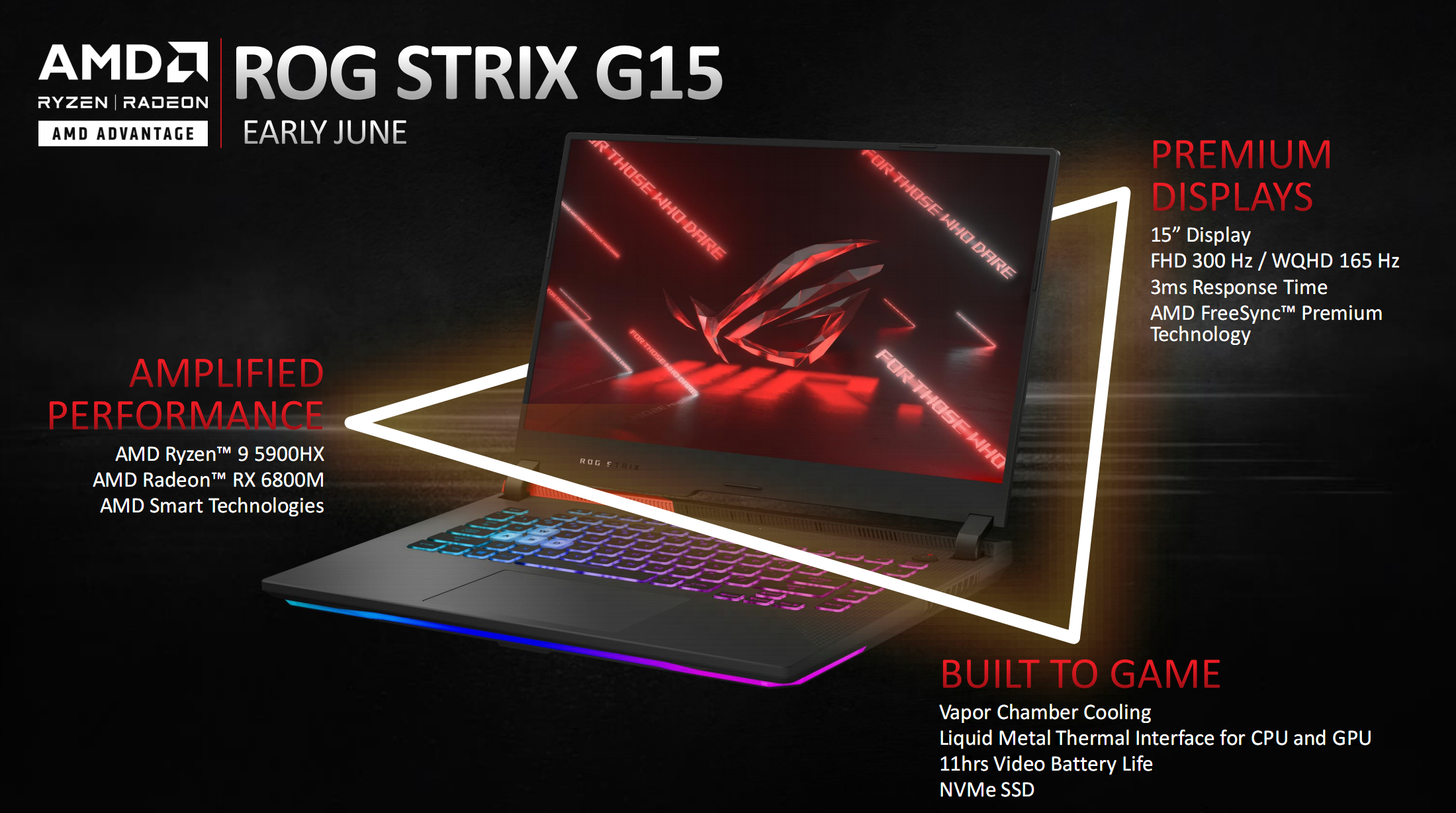 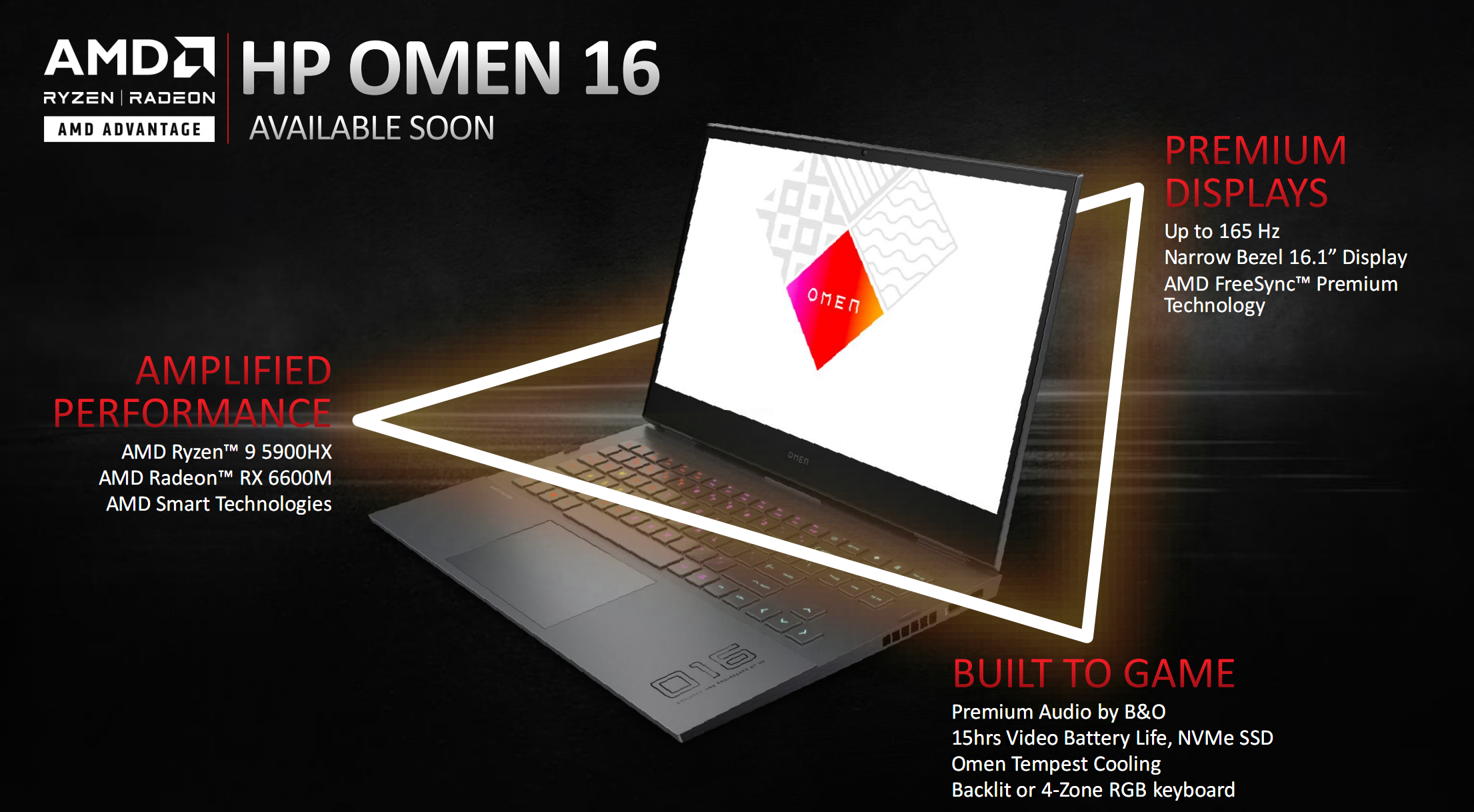 Related news
Interpretation of AMD New Architecture with Ten Thousand Words and Long Texts
Microsoft's productivity tools don't just create Surface Book 3 or satisfy gamers.
The big update of Microsoft's surface: the surface Book 3 is coming, and the new noise reduction headset
Exclusive launch of AMD sharp dragon 9 processor 618 preferred Asustek Tianxuan notebook
Amd advantage creates "iron triangle": redefining Game Book
Amd advantage game: all a notebook Rog magic 5R open appointment
Born for games! AMD and its partners appeared in a variety of AMD advantage game books in ChinaJoy
Hot news this week
Titanium Media Publish Assesum: People's Bank: Digital RMB Winter Olympics pilot has entered the sprint phase; Tesla announced that 250,000 Powerwall energy storage power stations have been installed
Close to the apple millet, two weeks of consecutive weeks, China Smartphone second: 3 years, the world's first
Alibaba and Tencent have received more than half of the 43 antitrust fines, and lawyers say the penalties are likely to increase
Study on the sequelae of COVID-19 in the Chinese team: Shortness of breath, depression and other problems still existed nearly one year after discharge
Capital does not love SAIC, "flying" subsidiary, Jet Hydrogen Technology intends to go to science and technology board
Huawei redefines one of the three major communication networks of the underground communication network
Tencent responded to "APP to get ridiculous": Upgrade APP is now downloaded for user rights protection
Gree announced the implementation of the double-holiday work system Dong Mingzhu from the media voice netizen God reply
The approval of Sensetime's IPO gives the metasurverse concept another ride
Netease Cloud Music will soon be listed on the back of 200 million monthly live users how to make money
The most popular news this week
Black Friday us stores face embarrassing situation! Got stuck in the neck
Vehicle positioning signal weak puzzle! To be completely solved by Huawei
Apple resumed sales of the iPhone and iPad in the country after an emergency removal, with prices rising by 25%
In the first 10 months of the year, China's software business revenue increased 19.2%
Guangming Daily: Bid farewell to disorderly competition, platform economic development to tighten the bottom line
Can WeChat transfer borrowed money?
Sources say Huawei has begun mass production of a generation of foldable phone price surprise
NetEase Cloud Music Hong Kong IPO priced at HK$205 to raise $422 million
Users reported that 162 accounts have been closed by "approximately nine-price HPV vaccine
The third quarter revenue is not expected to fell 15.86% from Friday.