What happened to Suning?

After hours on June 16, Suning e-buy issued a suspension notice on major issues, saying that it had received a notice from the company's actual controller, controlling shareholder Zhang Jindong and Suning Electric Group to plan major issues of the design company's share transfer. The suspension started on the same day and lasted no more than five days. Previously, Suning e-buy also issued an announcement on June 15, saying that 27.68% of the company's shares held by Zhang Jindong had been frozen by justice, accounting for 5.8% of the company's total share capital.

In recent days, the news about Suning is not limited to the capital market. Some Suning employees have disclosed that in order to ease the liquidity crisis, Suning plans to sell its employees' apartment Zijin Jiayue and ask the employees to move away immediately. Some employees have signed their housing contracts in the next year, but they have not received any liquidated damages from the company.

This crisis in Suning has been fermenting since 2020, and has gone through several rounds of public opinions. On February 28, this year, Suning e-buy announced the introduction of 14.8 billion yuan of Shenzhen state-owned assets to relieve the difficulties, but the emergency rescue is still in full swing; On April 23, Suning e-buy, the main body of Suning's listing, released its annual report for fiscal year 2020, realizing the largest net loss of 6.807 billion yuan since its listing. Suning has made operating losses in financial reports for seven consecutive years. In previous years, Suning could still make book profits by selling assets and other capital operation means. However, with the financial and technological difficulties and endless crises, 2020 will finally come to the moment when the strings are tight.

But it doesn't seem to be a success. Lack of traffic sources was once considered as the biggest problem and breakthrough of Suning e-buy. Therefore, Suning invested about 1.55 billion yuan in pptv, which was one of the largest network traffic entrances with more than 300 million users at that time. Suning hopes to implement the Internet concept with the help of pptv, but it is a quagmire.

Long video is the core area for Internet to burn money. From 2015 to 2020, iqiyi has accumulated losses of more than 35 billion yuan in six years, and Tencent video and Youku video are no less. The reason is that China has entered the era of video copyright. In order to obtain exclusive and legitimate content, each video website purchases TV drama content with a unit of 100 million yuan. The result of Suning's purchase of pptv is not good. In 2014, Suning made a total loss of 1.458 billion yuan, of which pptv contributed 485 million yuan. Therefore, Suning cloud business chose to transfer 68.08% of pptv's shares to Suning culture at the end of 2015 at a cost of 2.588 billion yuan, which, by the way, reversed the book figure of loss in that year.

Under the background of the industry leader Jingdong leading the loss, in order to achieve rapid growth and gain market dominance, Suning cloud business and Gome online follow the loss one after another. Gome pays more attention to safe cash flow, while Suning is more resolute and active in transformation, and pays more regardless of cost.

As Suning's main business of electrical retail, the gradual decline of offline business is an indisputable fact, and online business can not compete with Jingdong. In 2015, Suning chose to form an alliance with Ali to fight against Jingdong. In August of that year, Ali became the second largest shareholder of Suning with a price of 28.3 billion yuan. Suning subscribed for Ali shares with 14 billion yuan, of which 10 billion yuan was bank loans. Suning e-buy settled in tmall flagship store, Suning logistics provided logistics services, and also connected to rookie network.

Suning has carried out large-scale expansion and layout of offline retail. As of December 31, 2019, Suning e-buy has 3630 self operated stores, 4586 retail cloud franchise stores, and a large number of small Suning stores. All these constitute a huge offline channel network for Suning, However, over 5000 small stores in Suning have been listed in the second half of 2019 due to serious losses.

The second layer: extensive business, a lot of money

Other industries refer to sports, cultural and creative industries, finance and real estate. In the sports sector, after Suning invested in pptv, the latter changed its name to PP sports, focusing on the copyright of sports events, and spent a lot of money to buy content over the years.

5 billion yuan won the exclusive copyright of the Premier League in 2019-2022 season,

250 million euros won the exclusive copyright of the Bundesliga 2018-2023 season.

In addition, Suning took over Jiangsu football team with 523 million yuan in December 2015 and acquired 70% shares of Inter Milan club with 2 billion yuan in June 2016. Taking into account the operating expenses such as players' bonuses and wages, Jiangsu team has to invest no less than 500 million yuan every season, and the total investment of Inter Milan from 2016 to 2020 is about 5 billion yuan.

In 2017 and 2018 before Suning's acquisition, Carrefour China suffered losses of 1.099 billion yuan and 578 million yuan respectively. After Suning's acquisition, the supermarket industry is facing a transformation period in which the retail industry is changing from a hypermarket model to a new retail model, fresh e-commerce model and community group buying model, and Carrefour's situation is not optimistic.

Suning finance may be one of the few profitable projects in Suning's many business sectors. In 2020, Suning bank's net profit will be 420 million yuan, and Suning financial services is expected to be nearly 1.7 billion yuan. This figure is not comparable to Suning's hundreds of billions of liabilities.

The third layer is the sale of assets

In the past few years, Suning e-buy has gone to great lengths in its financial reports and tried every means.

In 2014, Suning e-buy securitized the assets of its 11 self owned stores and continued to operate after sale and leaseback. In that year, Suning e-buy gained 1.977 billion yuan, with a net operating loss of more than 1.1 billion yuan. This move successfully corrected the annual net profit in the financial report. In 2018, Suning transferred all the equity of five logistics real estate companies, and then signed a 10-year long-term lease with the transferee to continue to use these logistics storage equipment stores.

From 2015 to 2019, Suning has carried out the same operation on heavy assets for five consecutive years. In addition to sales and leaseback, Suning also has a series of related party transactions to beautify the financial report. In addition to Suning culture's acquisition of pptv mentioned above, Suning Electric purchased Beijing Jingchao Suning Electric in 2016, And Nanjing yunzhixiang Network Technology Co., Ltd., which is actually controlled by Zhang Kangyang, Zhang Jindong's son, acquired Suning store.

Suning real estate has also mortgaged several pieces of land in Nanjing. In 2017 and 2018, Suning realized Alibaba's shares three times, and obtained net profits of 3.3 billion yuan and 11 billion yuan. Since Alibaba shares are already one of Suning's most valuable assets, the sale has also triggered a controversy.

If all goes well, Suning should have recovered the 20 billion yuan borrowed from Evergrande real estate and made a big profit last year. At that time, the money was invested by Nanjing runheng Enterprise Management Co., Ltd., a wholly-owned subsidiary of Suning Electric appliances, holding 4.7% of Evergrande. This investment has signed a gambling agreement. If Evergrande fails to be listed before January 31, 2021, Evergrande or Xu Jiayin will use cash to buy back shares or implement debt to equity swap.

And then it didn't go well. In November 2020, Evergrande's backdoor failure and lack of cash to buy back shares forced most shareholders including Zhang Jindong to accept debt to equity swap. This is the direct cause of the Suning crisis.

2020 is the most difficult year for Suning. Suning has been unable to reverse the losses in the financial report by means of asset operation, but by 2021, everything will become more difficult.

According to the data in wind, Suning's overall debt is more than 290 billion yuan, and the bonds due in 2021 are more than 16 billion yuan. In addition, there are bank loans, private placement bonds that have not been disclosed to the outside world, and so on.

Transferring shares of the company is the last step for Suning to survive. Whether we can survive this catastrophe will be decided by Suning's resumption next week. 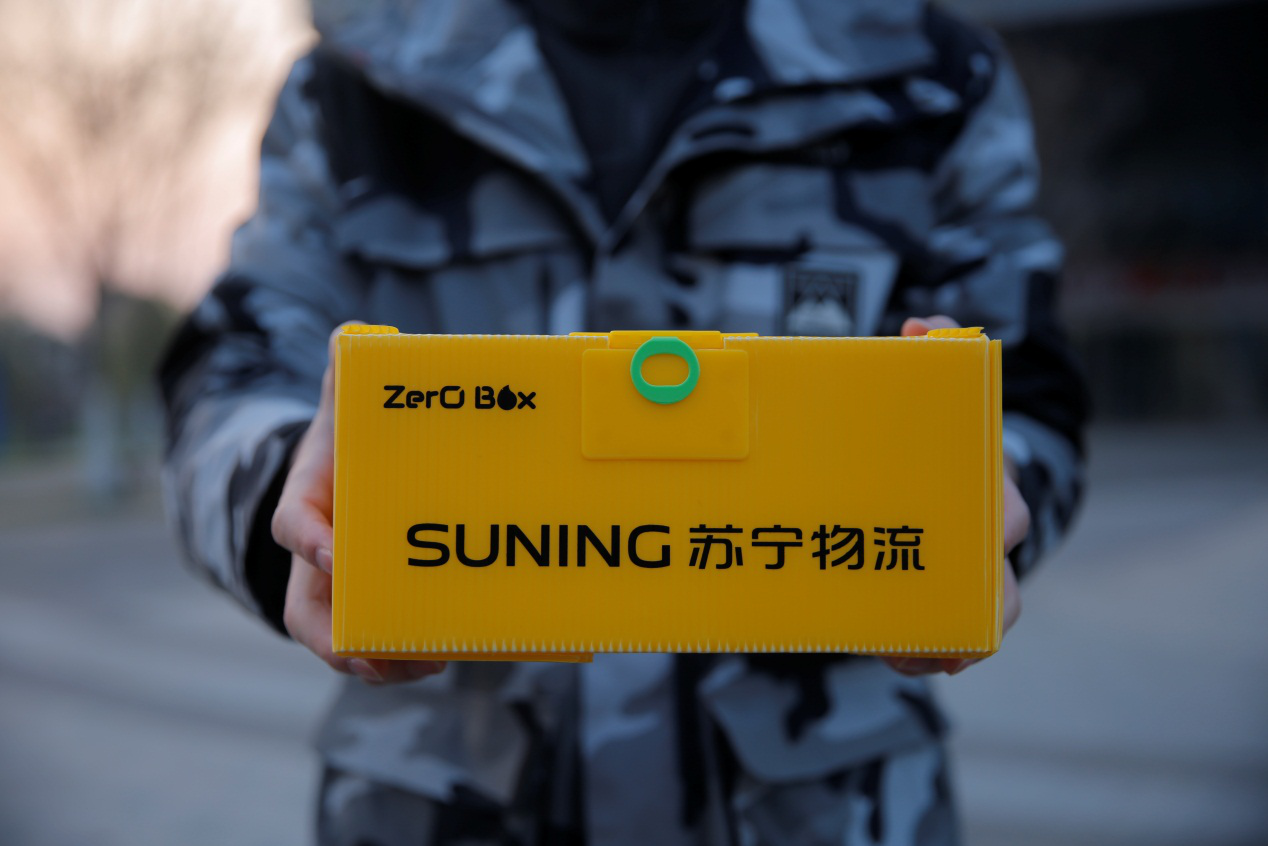 Related news
Suning in the turning point of the times and the 30-year change of China's retail industry |
What's the next destination? Microsoft launches "what next" free windows 10 Wallpapers package (Figure)
Just three months, from champion team to disband! Jiangsu Suning Football Club officially closed
BLACK MAGIC VOODOO SPELLS. WHAT'SAPP/CALL +2349137542288
Hot news this week
Titanium Media Publish Assesum: People's Bank: Digital RMB Winter Olympics pilot has entered the sprint phase; Tesla announced that 250,000 Powerwall energy storage power stations have been installed
Alibaba and Tencent have received more than half of the 43 antitrust fines, and lawyers say the penalties are likely to increase
Study on the sequelae of COVID-19 in the Chinese team: Shortness of breath, depression and other problems still existed nearly one year after discharge
Capital does not love SAIC, "flying" subsidiary, Jet Hydrogen Technology intends to go to science and technology board
Huawei redefines one of the three major communication networks of the underground communication network
Tencent responded to "APP to get ridiculous": Upgrade APP is now downloaded for user rights protection
Gree announced the implementation of the double-holiday work system Dong Mingzhu from the media voice netizen God reply
The approval of Sensetime's IPO gives the metasurverse concept another ride
Netease Cloud Music will soon be listed on the back of 200 million monthly live users how to make money
US media: If it is unable to quickly solve the problem of incomplete behavior in the company, the moving Blizzard CEO will consider resignation
The most popular news this week
Regulation of crypto assets is difficult
Xiaomi Motor settled in Beijing Economic Development Zone in the first half of the first half of the year
Tesla: Super charging network has covered Guangdong Province traffic trunk
Foreign manufacturers make IPHONE 13 Pro with Tesla accessories! Sold price direct retrogenization
Google had planned to launch the tensor chip for pixel phones in 2020
Huawei Heavy Machinery is re-incorporated! Generators except logo exactly
Samsung PCIe 4.0 hard drive upgrade: more heat sinks fully support PS5
New crown latest variament has emerged in early November: New York, USA has a bad feeling
Black Friday us stores face embarrassing situation! Got stuck in the neck
Vehicle positioning signal weak puzzle! To be completely solved by Huawei