Tesla shift is unprecedented! Netizen: This is to change human beings

The product line has not been updated in five years, and the price is five times that of model 3. The 1.06 million RMB Tesla Model s Plaid has been delivered.

This car has many praises, such as its large screen built-in amd chip, and even can play "cyberpunk 2077"; In order to achieve exaggerated acceleration, Tesla has adopted a new type of motor with carbon fiber coating, which enables it to make a two ton car start quickly.

In addition to the cool configuration, Tesla also adds its own ideas to the intelligent car. One of the more amazing features is that the model s Plaid cancels the shift lever, and the traditional shift is replaced by the touch screen in the car. In addition, Tesla has added the automatic shift function, one step in place, upgrading from manual shift to direct driving. 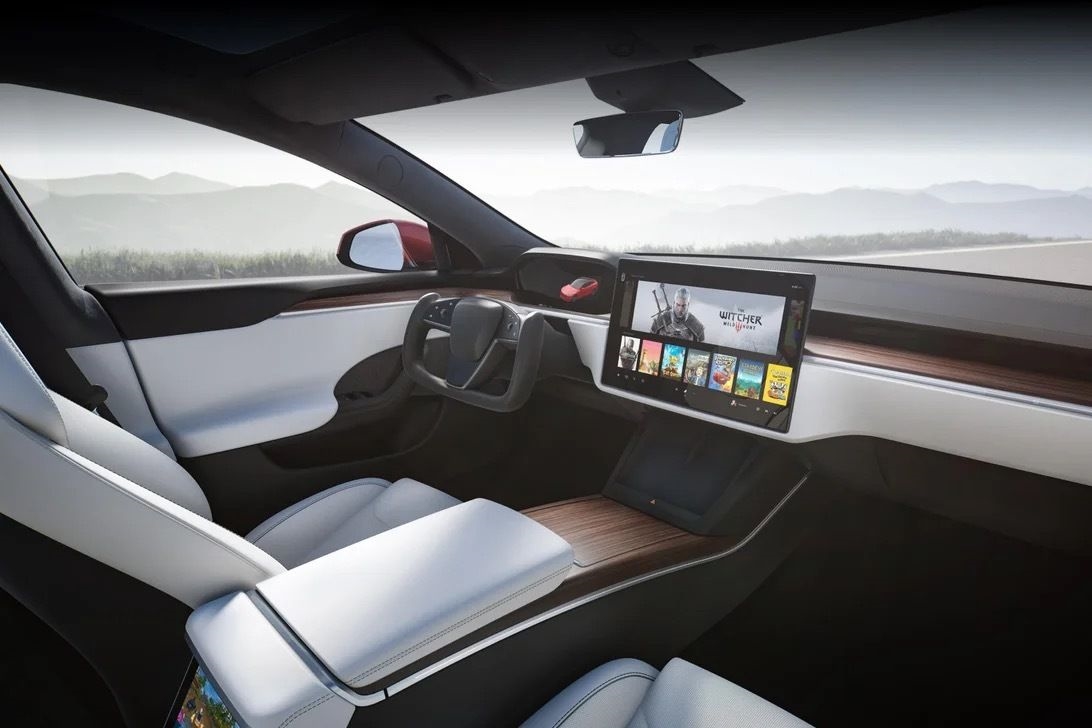 It sounds like Tesla has started another revolutionary innovation, but this feature will also encounter some controversy. Tesla officials did not particularly emphasize how to realize the automatic shift function, and only a few people have actually experienced it, so they will be questioned in terms of safety.

But that doesn't stop Tesla from taking the first step in a technology function. It is the world's first car without a gear lever. I'm afraid it's not just for show, but also for more profound significance.

How can I drive when I cancel the gear lever and shift automatically?

This is not without reason. Some electric vehicles even rely on sound to simulate the sound of the engine, because some people think that the interior of electric vehicles is too quiet to drive. But on the other hand, it is also because of the intelligence of the electric belt that driving becomes a lot more convenient.

Take the Tesla Model s Plaid as an example. You don't even need to hold the gear lever to push it back and forth. You just need to slide up and down on the central control screen to complete the gear switching.

This is not a small innovation in automobile design. According to Tesla's official demonstration, in the left most column of the central control screen, the driver just swipes up and switches to D gear, and swipes down and switches to R gear.

It has become a trend in the automotive industry to make the hardware electronic or even virtual. From the design point of view, it also has a kind of simple beauty. But sometimes there are limitations. It is also a trend to simplify the traditional rearview mirror into a camera, but in China and the United States, this function is not allowed by regulations. 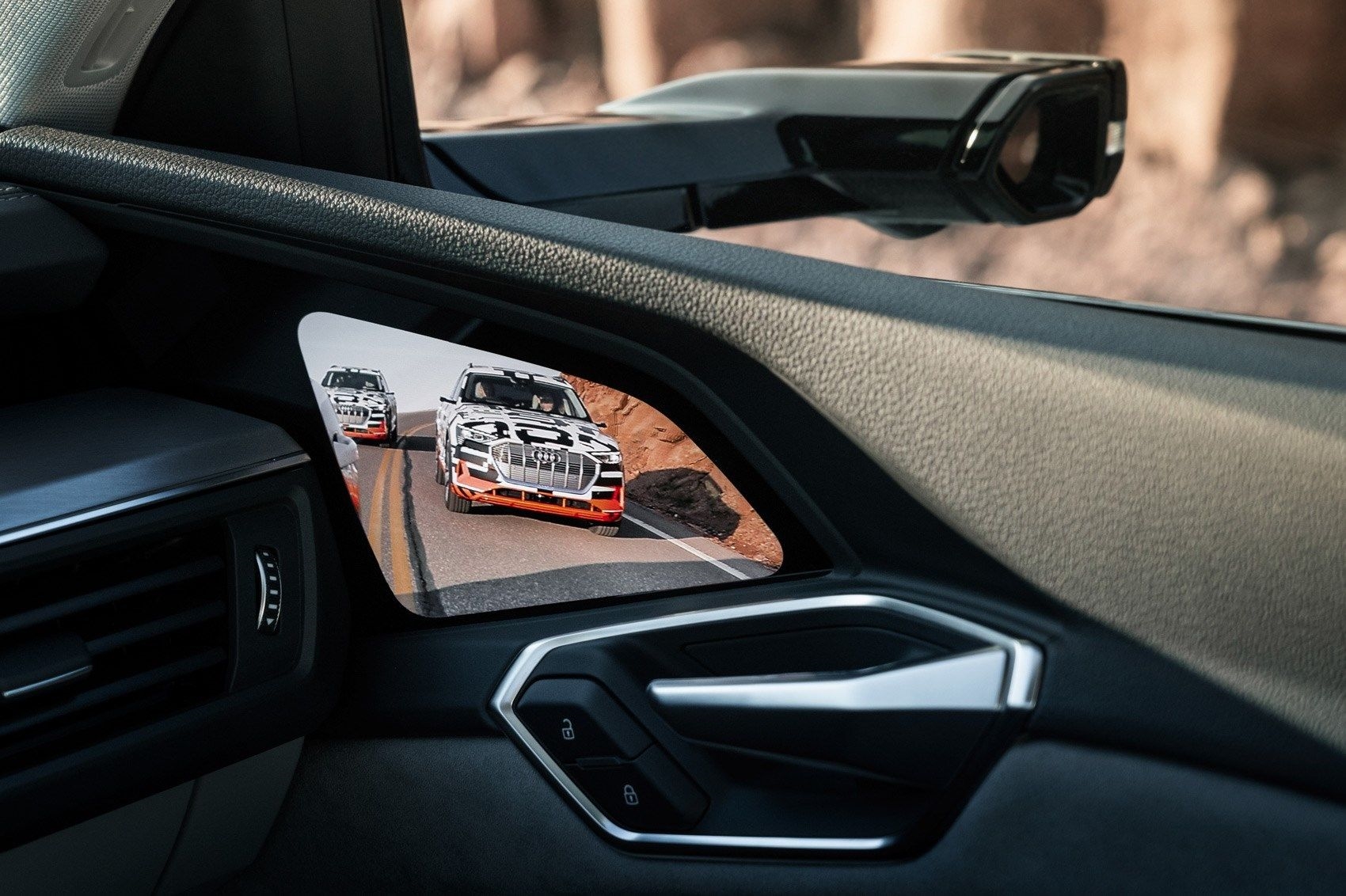 But interestingly, shifting is allowed on the touch screen. NHTSA, the national highway traffic safety administration, said in a statement that it understood the system developed by Tesla and that the correct configuration of the transmission shift control operated through the touch screen interface would not violate federal motor vehicle safety standards.

In addition to the touch screen, there are also gear selection buttons in the center console as a backup system.

As the name suggests, it can detect according to the surrounding environment, so as to know what gear to shift to at this time. It sounds sci-fi, but after understanding the principle, you will find that the function is not as complicated as you think.

For example, when a car is bound with a mobile phone, if the car can sense the mobile phone within a certain distance, it means that the owner is about to get on the car, then the car can automatically unlock. The principle is roughly the same. The automatic shift function is highly combined with the autopilot auxiliary driving function.

For example, if there is a wall in front of the vehicle, and the vehicle's camera has recognized that there is an obstacle in front, then the only way is to reverse. Similarly, if the car senses that there is no object in front of it, it can also switch from parking to driving mode. When the car stops, the driver's safety belt is unfastened, and the door is opened, the car will automatically shift to parking gear; In addition, if the car doesn't move in driving mode for one minute, the system will automatically switch to parking.

It can be seen that there is a certain regularity in automatic shifting. It needs to meet some fixed conditions to complete. For the sake of safety, Tesla stipulates that the automatic shift function can only be used under a series of conditions, such as parking mode, driver's safety belt fastened, brake pedal pressed, and all doors and trunk closed.

It should be noted that automatic gear shifting is still an imperfect function, and Tesla has not publicized it and handled it prudently. In the model s Plaid user manual, Tesla points out that automatic shift is a beta function, which is disabled by default. It seems that people need to be familiar with this new function before they can operate it skillfully.

It's true that the iteration of each function takes a long time to switch. The emergence of automatic cars, offset some of the driving threshold, so that a more convenient and efficient way of driving popular.

It's not hard to understand that the trend of software defined cars is expanding. When feedback is given to the user experience, it means that people become lazy and do not need to do some repetitive and basic actions. This is the core change brought by the development of science and technology.

Just think about it. In the future, people may only use the accelerator and steering wheel to drive, but they don't need anything else. Can we directly associate it with the next stage of the car: automatic driving? 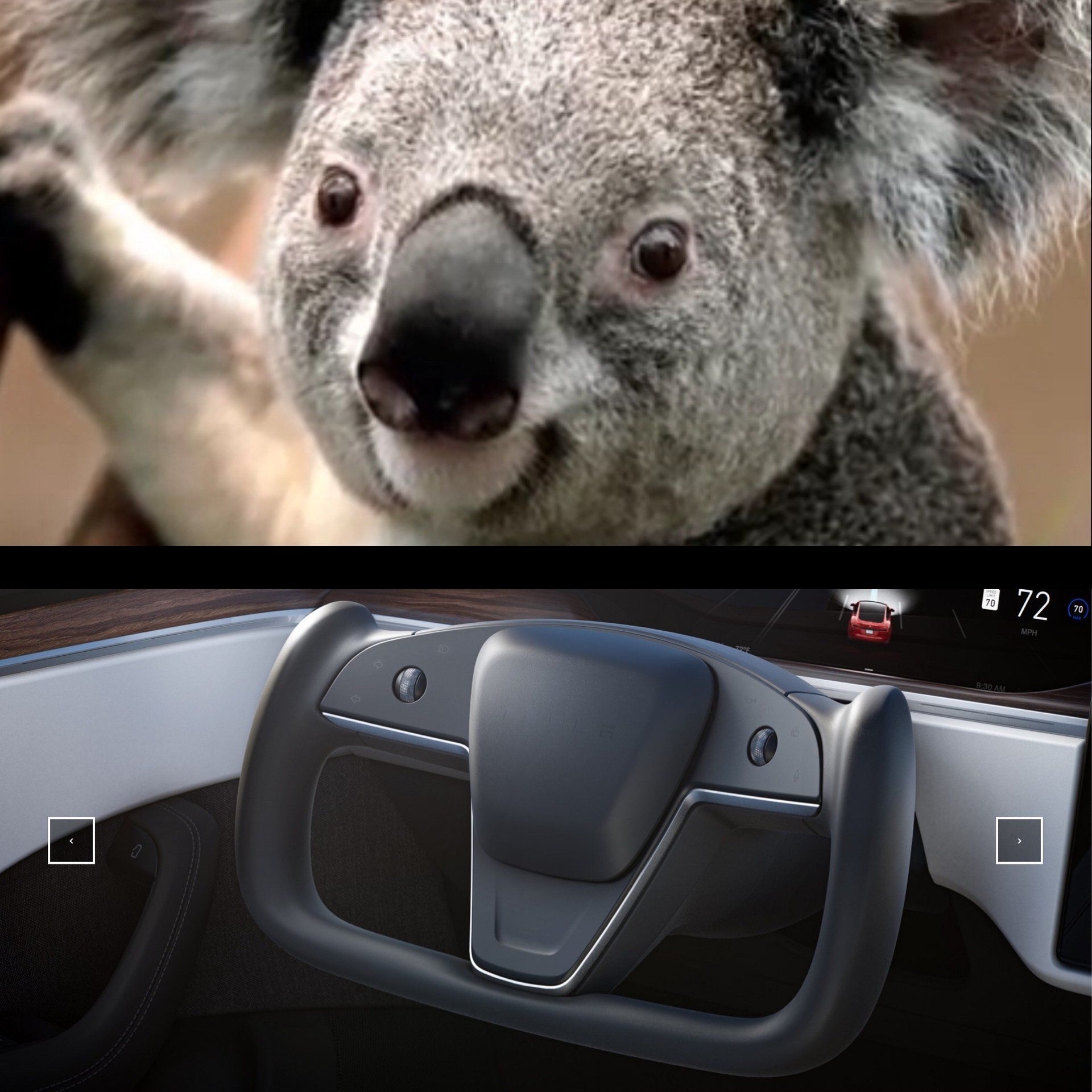 For the new steering wheel of model s plaid, some people have begun to play the Internet

It seems that Tesla is indeed radical in some aspects. The removal of the physical gear lever and the setting of the steering wheel as a square are all reverse in terms of traditional ergonomics and usage habits.

On some social media, it has been questioned that the yoke steering wheel is just a design provided by musk to attract people's attention. When the vehicle turns around or turns sharply, the square steering wheel is not necessarily safe for people to hold.

The embarrassment of turning around with non circular steering wheel | YouTube

But from a machine's point of view, there's nothing hard about this change. If the autopilot system is used to control the car, reducing human movements means that all vehicles are electronically oriented, allowing software to control more functions of the vehicle.

Back to the car, it is to turn all atoms into bits, that is, to integrate all physical parts into electronic and automatic buttons. There are only two entity buttons on the steering wheel of model s plaid, and the others are virtual buttons that require hard touch to get feedback. Many functions need the cooperation of large screen, dashboard and physical buttons to complete. Even people familiar with scientific and technological products need to adapt, but for machines, these are not too problems.

Autopilot is one of the best systems for mass production car assisted driving experience. Next, it needs further adaptation of vehicle itself and automatic driving system. Model S Plaid is an attempt in this regard. Vehicle adaptation, automatic driving system upgrading, and targeted adjustment to achieve a more advanced autopilot system. A self driving industry practitioner told geek park.

Some controversial functions and seemingly anti-human designs may be a hard core technology foreshadowing for the ultimate goal of Tesla.

Related news
13 years of history NVIDIA gave up Tesla brand in a low-key way: name collision with electric vehicles
NVIDIA gives up Tesla brand in a low-key way: because of its name collision with famous electric vehicles
NVIDIA classic computing card series Tesla to be renamed: too confusing with Tesla
Hot news this week
Microsoft dev version win11 will not be updated next week or prepare for the new version of android app
Nanjing epidemic spread to Beijing ChinaJoy game exhibition emergency announcement: all members can enter
The founder of Ethereum made $1 billion in counterfeit money for charity: it has shrunk to $400 million before it has arrived
In 2021, four of the top ten films at the global box office came from China: "Hello Li Huanying" became the first domestic film at the box office
Kwai tau: magnetic Taurus creates a one-stop marketing solution for electric business. Taurus service providers offer four incremental values.
Ticket skipping 14 years of space rescue 8 days Russia's "science" successfully docked with the International Space Station
Microsoft: win11 is very popular and the official version will be released as scheduled in the autumn
All the people are chasing the same champion! Sales of "lucky hair accessories" of Yang Qian on JD platform increased fourfold
Amd radeon RX 6600 XT new graphics card debut set off a small climax on the first day of ChinaJoy 2021
Jingdong healthy skin repair center went online to help promote the diagnosis and treatment standards of burns and wounds nationwide
The most popular news this week
The game "spiritual opium" was quietly restored by the central media: delete the words "electronic drugs"!
High play challenge Ruilong 5000 APU limit memory performance delay as low as 42ns
Microsoft 365 Home Edition 50% discount promotion
Japanese professor artificially made variant delta virus: more deadly
What is COVID-19's breakthrough infection? Expert: the vaccine protection rate is not 100%
Scientists have confirmed that the ramda strain is more infectious: it can also reduce the protection of the vaccine
Bid farewell to the difficulty of choice. Suning Tesco has a better reputation than parameters and prices
Baidu announces energy conservation and emission reduction report card: help the transportation industry reduce carbon emissions by 10 million tons per year
Who says that only young people love secondary culture? Grandpa and grandma wear Hanfu to play games
Chen Yufei won the gold medal in the Olympic Games! Yunda express announced to send him a suite