AMD and NVIDIA graphics card prices decline: it's still a long time to go back to the original price

According to the latest report of 3dcenter, we can see from European retailers that GPU supply is returning to normal. As the GPU market shows signs of recovery, AMD and NVIDIA graphics card prices are returning to normal, and availability and supply are also improving.

Just last month, we saw that the price of graphics card reached the peak of three times the recommended retail price. Although the shortage of GPU is the main reason, the demand for cryptocurrency and games has led to a crazy rise in the prices of AMD and NVIDIA graphics cards around the world. 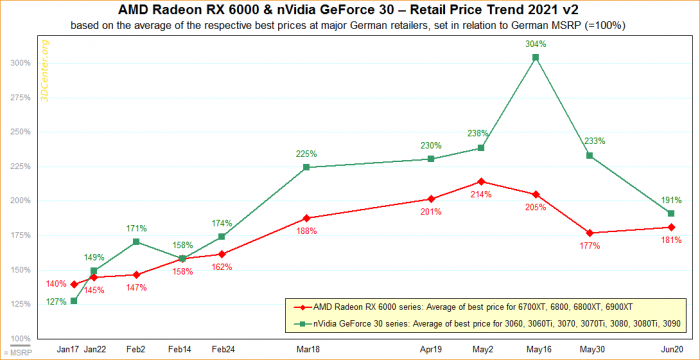 According to the report of 3dcenter, although NV GPU is more than amd GPU, it has been sold out almost everywhere due to the demand for cryptocurrency. However, this situation has changed after the price collapse of bitcoin and Ethereum, the two most profitable cryptocurrencies. At the same time, with the release of NV LHR series products, These retailers are urged to reduce the pricing of geforce RTX 30 series game graphics cards.

These retailers still have large stocks of non LHR NV geforce graphics cards and will continue to charge higher prices for them as cryptocurrency miners still have demand for them.

In addition, the continuous price war among retailers has prompted a large-scale readjustment of NVIDIA game GPU series prices. However, whether this situation will continue in the long run remains to be seen. 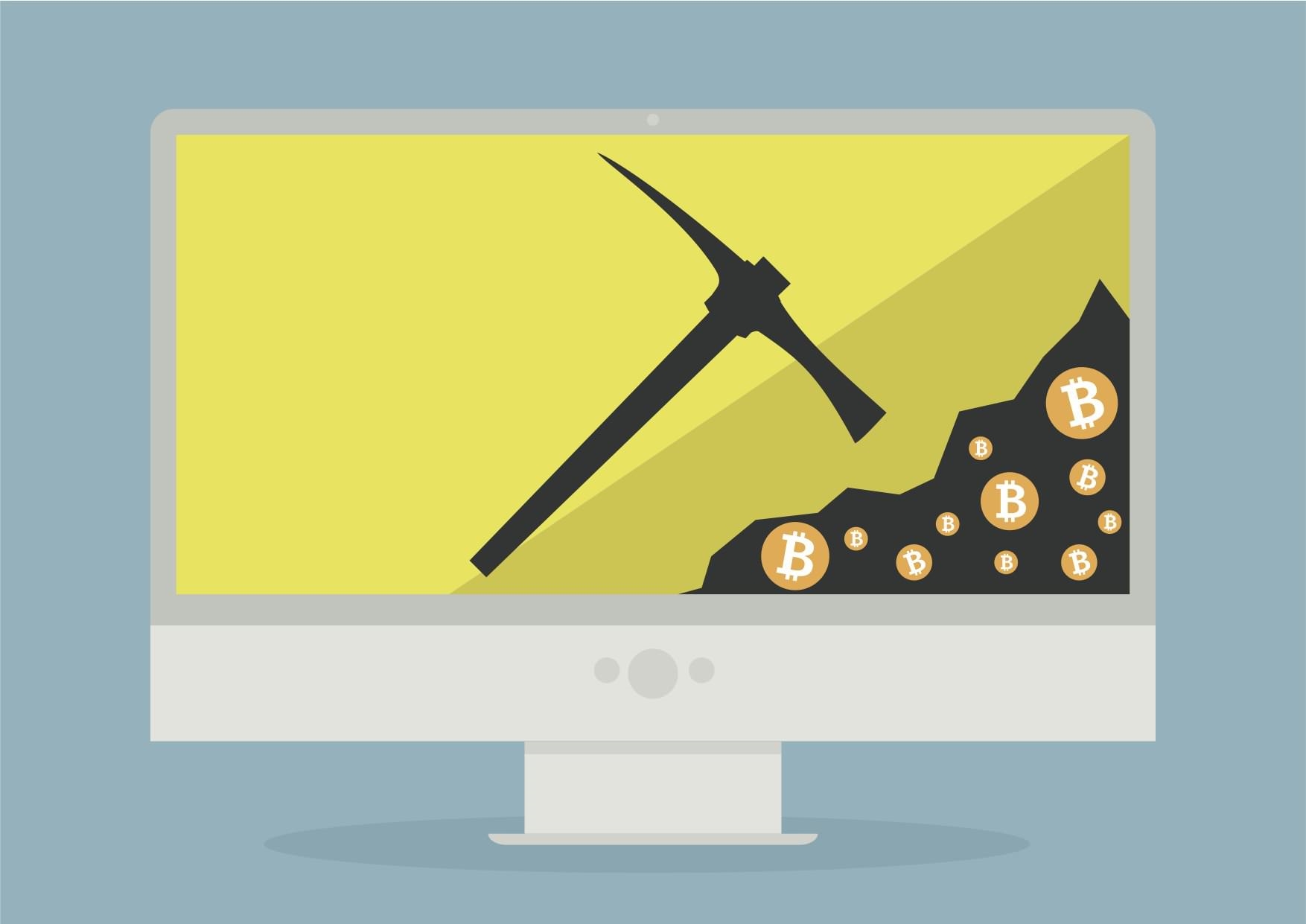 Related news
AMD, NVIDIA graphics after a year of rewar: the future or negative optimization of the war?
AMD: Our RX 5700 "high price" played NVIDIA
For five years, AMD graphics cards surpassed NVIDIA for the first time!
How much do you know about the series and types of video cards
AMD and NVIDIA graphics card prices decline: it's still a long time to go back to the original price
Hot news this week
Microsoft dev version win11 will not be updated next week or prepare for the new version of android app
Nanjing epidemic spread to Beijing ChinaJoy game exhibition emergency announcement: all members can enter
The founder of Ethereum made $1 billion in counterfeit money for charity: it has shrunk to $400 million before it has arrived
In 2021, four of the top ten films at the global box office came from China: "Hello Li Huanying" became the first domestic film at the box office
Kwai tau: magnetic Taurus creates a one-stop marketing solution for electric business. Taurus service providers offer four incremental values.
Ticket skipping 14 years of space rescue 8 days Russia's "science" successfully docked with the International Space Station
All the people are chasing the same champion! Sales of "lucky hair accessories" of Yang Qian on JD platform increased fourfold
Microsoft: win11 is very popular and the official version will be released as scheduled in the autumn
Jingdong healthy skin repair center went online to help promote the diagnosis and treatment standards of burns and wounds nationwide
Amd radeon RX 6600 XT new graphics card debut set off a small climax on the first day of ChinaJoy 2021
The most popular news this week
The configuration requirements of the seventh legend of the fairy sword and the fantastic Xia are announced: the opening light needs RTX 30 series graphics cards
The game "spiritual opium" was quietly restored by the central media: delete the words "electronic drugs"!
High play challenge Ruilong 5000 APU limit memory performance delay as low as 42ns
Microsoft 365 Home Edition 50% discount promotion
Japanese professor artificially made variant delta virus: more deadly
What is COVID-19's breakthrough infection? Expert: the vaccine protection rate is not 100%
Scientists have confirmed that the ramda strain is more infectious: it can also reduce the protection of the vaccine
Bid farewell to the difficulty of choice. Suning Tesco has a better reputation than parameters and prices
Baidu announces energy conservation and emission reduction report card: help the transportation industry reduce carbon emissions by 10 million tons per year
Who says that only young people love secondary culture? Grandpa and grandma wear Hanfu to play games