According to the current multi-party information, Apple will release the iPhone 13 series as scheduled in September. According to the Convention, Apple's various supply chain manufacturers will also enter the mass production stage of iPhone 13 in the near future. At present, Foxconn has begun to recruit a large number of new employees.

The previous message shows that, iPhone 13 series will still launch four models, namely iPhone 13 mini, iPhone 13, iPhone 13 pro and iPhone 13 Pro max. the mini model with low sales has not been cut down.

However, the current situation of mini models is still not optimistic,The iPhone 12 MINI has confirmed that it stopped production last week, and apple took the initiative to stop production, which was severely reduced in the two months before it was stopped.

Apple's move also proves that they are not satisfied with the performance of the mini product line.

It is reported that previous data have shown that the sales volume of the iPhone 12 MINI has been very sluggish, even dragging down the market data of the entire iPhone 12 series. Since 2021, the production has been continuously reduced.

From the current user feedback,The biggest problem with the iPhone 12 Mini is that the screen is too small, which leads to a sharp reduction in the battery, resulting in a serious lack of battery life, which makes the iPhone 12 Mini not popular.

Because the development cycle of Apple's products is quite long, the design of iPhone 13 has been finalized a long time ago, so the iPhone 13 will still launch the mini model. However, there are many news reports,Apple will completely abandon the mini model in next year's iPhone 14 series, which also means the end of the small screen era.

It's worth mentioning that there is a disclosure that the iPhone 14 series will be upgraded to the perforated screen scheme, which will effectively improve the proportion of the front screen. Under the same 6.1 inch screen size, it may bring the same body size as 5.4 inches, and the feel is still excellent. 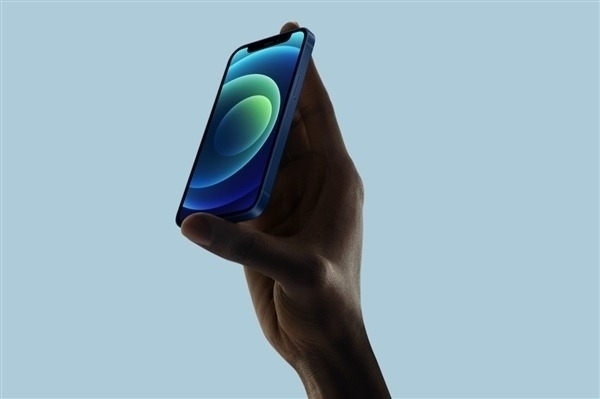 Related news
IPhone 12 delay: winter is coming
Are iPhone 12mini enough to continue?
Consumers' initial demand for the iPhone 12 Pro Max seems to be higher than the iPhone 12 Mini
IPhone 12 mini or will stop production, small screen machine has no future?
Make way for iPhone 13! IPhone 12 Mini was discontinued last week
Apple's small screen flagship dream is broken! The iPhone 12 Mini doesn't work either
When is it cost-effective to buy iPhone 12 after the release of iPhone 13?
Hot news this week
Zhao Lijian responded to the British "blocking" Huawei: generalizing the concept of national security harms others and harms themselves
Zhao lijian said the UK's decision to block Huawei under PRESSURE from the US was damaging others and not benefiting itself
ByteDance invested in Sequencing Technology, which is an AI industrial SaaS software service provider
It's hard to escape the monopoly sanctions American court dismissed Facebook against FTC counterattack
Former search president of Baidu xiang Hailong joins Transsion The company that sells mobile phones wants to do more Internet
Involving the "three crimes" such as the misappropriation of loan funds, the Shaoxing branch of Guangfa Bank was fined 1.1 million yuan
Foxconn announced that it had resumed production in India: only 120 workers had been brought back to work for the first batch
AsiaInfo Technology Announces Acquisition of iResearch Consulting to continue to increase digital operations and digital and intelligent transformation
30-year veteran Gregory Bryant says goodbye to Intel
After the suspension storm, Amazon's Chinese sellers increased by double digits, and sales exceeded $50 million.
The most popular news this week
Airlines cancel US flights: Reason for frustration
The pinnacle of Xiaomi industrial design! Xiaomi god machine price reduction: from 2499 yuan
Scissor doors, lifting lidar! Baidu car under the blood cost of the concept car details were first exposed
Premium 45.3% Microsoft Guarantened 68.7 billion US dollars to acquire moving flights PK Faces compete for content production faucet
Phil Spencer, CEO of Microsoft's Gaming Business: Welcome to Activision Blizzard to the Microsoft gaming family
Microsoft announces acquisition of Activision Blizzard on hot search! Netizens sighed: 400 billion cash transactions
Half a billion! Pay treasure collect five blessing to come: exceed 50 thousand people collect qi have you
Snapdragon 888 Plus Is the King of Sex! The best selling mobile phones at the 2000 price point were announced
Microsoft 68.7 billion US dollars acquired moving Blizzard: will become the third big game company in the world!
Apple releases AirPods 3 firmware: Version 4C170