On the evening of June 28, Ningde Times announced that it had signed an agreement with Tesla,The company will supply lithium-ion power battery products to Tesla from January 2022 to December 2025. The specific purchase situation shall be determined by Tesla in the form of order, and the final sales amount shall be subject to the actual settlement of purchase order issued by Tesla.

It is understood that as early as February 2020, Ningde times signed the production pricing agreement (China) with Tesla, and the company plans to supply lithium-ion power battery products to Tesla from July 2020 to June 2022.

In order to further extend and deepen the friendly cooperative relationship between the two sides, on the basis of the above agreement, the company and Tesla signed the production pricing agreement on June 25, 2021. According to the agreement, the company will supply lithium-ion power battery products to Tesla from January 2022 to December 2025.

According to the articles of association and other relevant provisions, the above agreement does not involve related party transactions, and does not need to be submitted to the board of directors or the general meeting of shareholders of the company for deliberation within the approval authority of the general manager of the company.

According to the announcement,Within the term of the agreement, Tesla will purchase lithium-ion power batteries from Ningde times. The specific purchase situation will be determined by Tesla in the form of order, and the final sales amount shall be subject to the actual settlement of the purchase order issued by Tesla.

It is worth noting that Ningde times once stood at 500 yuan today, and its share price reached a new high this year.As of the close of the day, Ningde times finally closed at 493.9 yuan / share, up 3.71%, with a total market value of 1.15 trillion yuan.

Statistics show that from March 25 to June 28, Ningde era's cumulative increase reached 71.02%, while the market rose 13% in the same period.

At present, Ningde times has become the world's first battery supplier of new energy vehicles with market share. According to the data, Ningde times occupies 32.5% of the global market, ranking first. The market shares of LG energy solution, Panasonic and BYD were 21.5%, 14.7% and 6.9% respectively. Samsung's SDI ranking dropped one place and now accounts for 3.4%.

In the first quarter of this year, Ningde times achieved an operating revenue of 19.167 billion yuan, an increase of 112.24% over the same period last year; The net profit attributable to shareholders of listed companies reached 1.954 billion yuan, up 163.38% year on year. 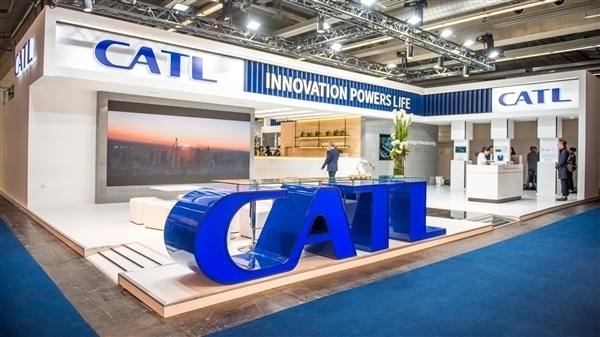