W1zzard, editor in chief of techpowerup website and gpu-z developer, revealed that,Amd officials have confirmed to him that the Navi 23 core will have 64 ROP units, that is, the same as the Navi 22 core, all of which will be retained, unlike the previous rumor that it will be cut to 32.

ROP grating unit is not much concerned, but it is also an indispensable part of GPU. It is mainly responsible for light and reflection operation in the game, anti aliasing, high resolution, smoke, fire and other effects, especially for the display of game lighting effect.

Navi 23 core can provide so many ROP units, which is undoubtedly very important for ensuring the fluency of mainstream games at 10880p resolution.

The information we have now,Navi 23 core will have 32 computing units, 2048 stream processors, 128 texture units, 32 light tracing units, 32MB unlimited cache, core frequency up to 2.9ghz (yes, you're right). With 128 bit 4 / 8GB gddr6 video memory, the power consumption of the whole card is estimated to be about 100W. 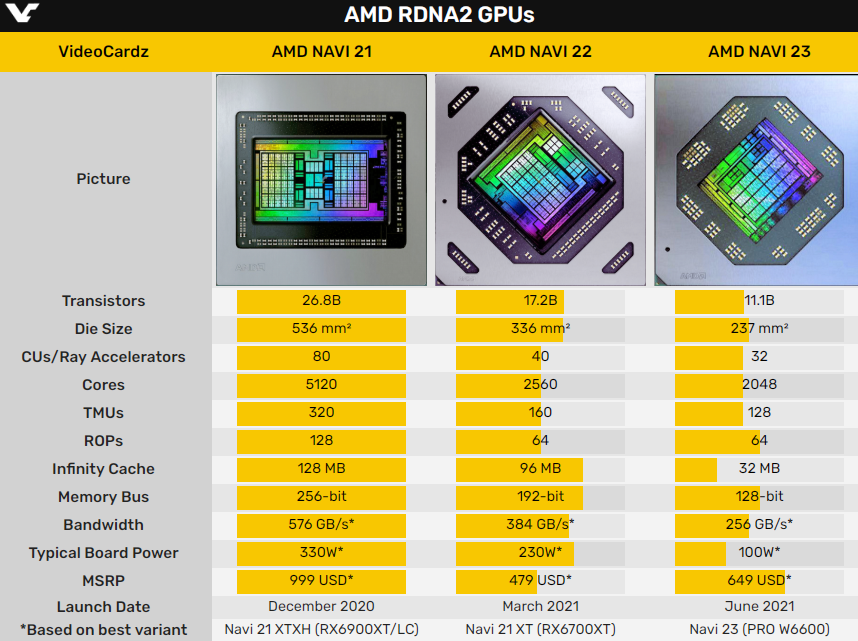