Win11 abandons old computers: what the hell is Microsoft doing?

It's been a week since the release of windows 11. Although compared with Apple's launch, windows 11 didn't even make the hot search list, it doesn't mean that no one paid attention to it.

On the contrary, in the past week, many digital enthusiasts have had a heated discussion about their support for Android applications and the upgrading of old models.

For many people, the first time to use the computer is the windows system, which is also the most familiar operating system for many people.

Today, despite the strong competition from apple and Google, windows can still hold about 75% of the global market share. The reason behind this is not only the excellent compatibility, but also the solid foundation laid by a large number of old models.

Let's take an exaggerated but real example,Some people use a computer from WinXP all the way to win10, if you change to other systems, it should be very difficult to do. 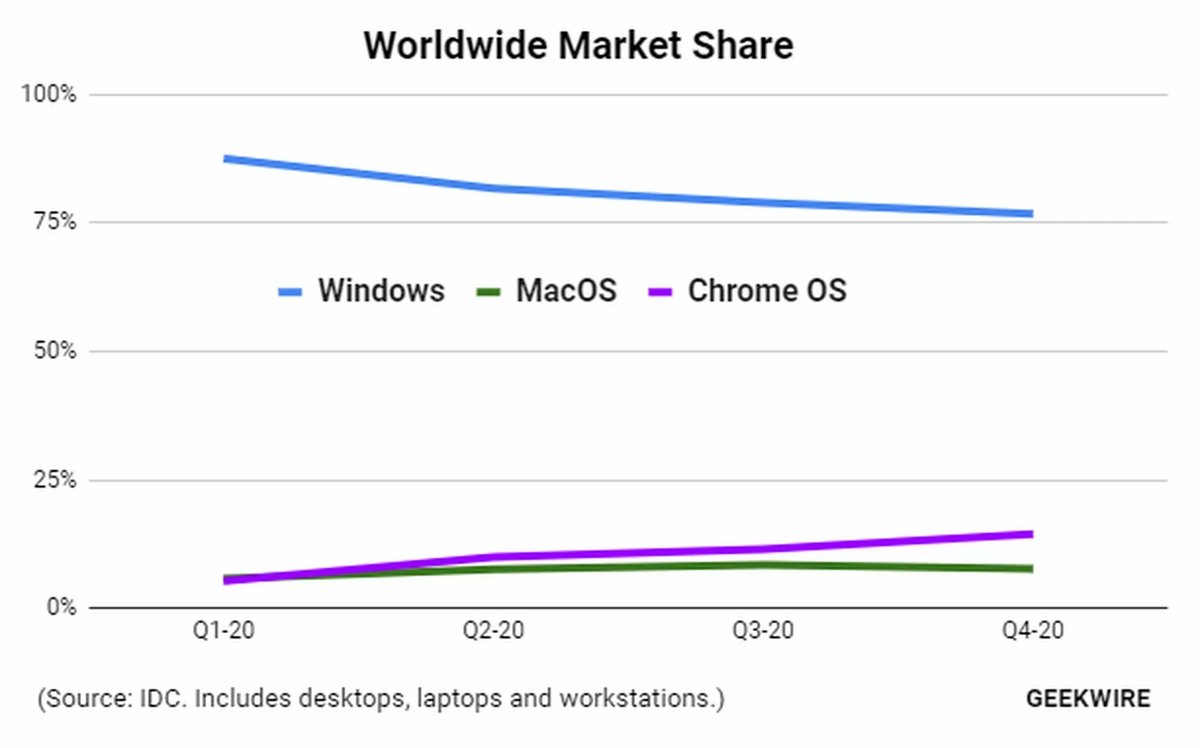 After the release of windows 11, Microsoft changed its usual open attitude towards the old models, but didn't make any special explanation at the press conference. It didn't find any problems until many users upgraded.

Interestingly, if we only look at the official requirements, the minimum configuration standard of 1GHz processor, 4GB memory and 64GB hard disk capacity is not too high, but what most users don't understand is that,This time, it also requires the computer to have TPM 2.0 module, which is the biggest obstacle for the old model.

TPM 2.0 standard was formulated in 2016, and has been widely applied to products in the past two years. According to Microsoft, TPM 2.0 can provide hardware level isolation and encryption, which can be more effectively guaranteed in terms of security.

In addition to TPM 2.0, Microsoft also put forward more stringent conditions for CPU. In the official support list, the previous models of 8-generation core and 2-generation sharp dragon did not appear, plus the limitation of TPM 2.0, that is to sayOnly computers released after 2017 can run Windows 11 perfectly, but in fact, from a performance point of view, many products before 2017 can also run perfectly, but Microsoft has not given a clear attitude of support.

In a word, the support standard of windows 11 for the old model is vague, but we can feel that Microsoft wants to get rid of the shackles of the old model this time.

For Microsoft, supporting the old models can maintain its huge user volume, but on the other hand, when a new system faces a large number of old hardware, it will undoubtedly increase the adaptation difficulty and maintenance cost.

In recent years, the reputation of Windows system has dropped a lot compared with that of WinXP and Win7. Many users make complaints about it. Tucao blue screen, crash, blurred font, and advertising pop-up are more and more. But in fact, Windows is not the reason for these problems. 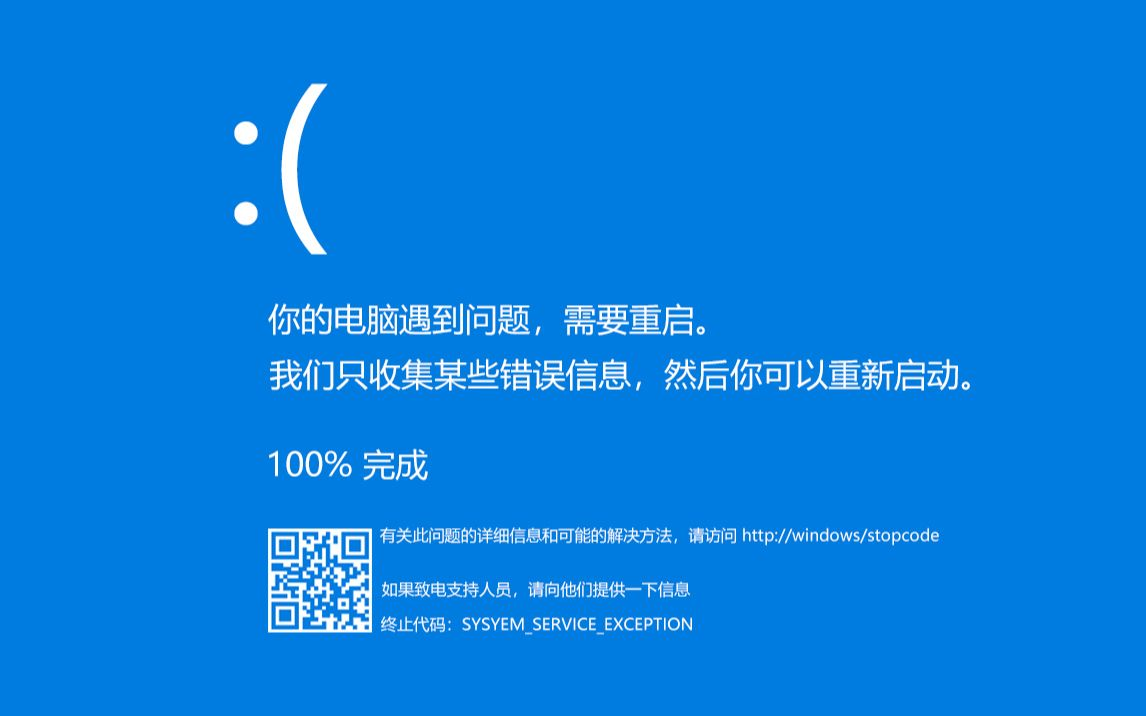 At present, windows 11 is still hesitant to adapt to the old hardware. Users can modify the registry, or replace the DLL file to force the update. However, when the official layout is launched in autumn, Microsoft is likely to increase the restrictions. 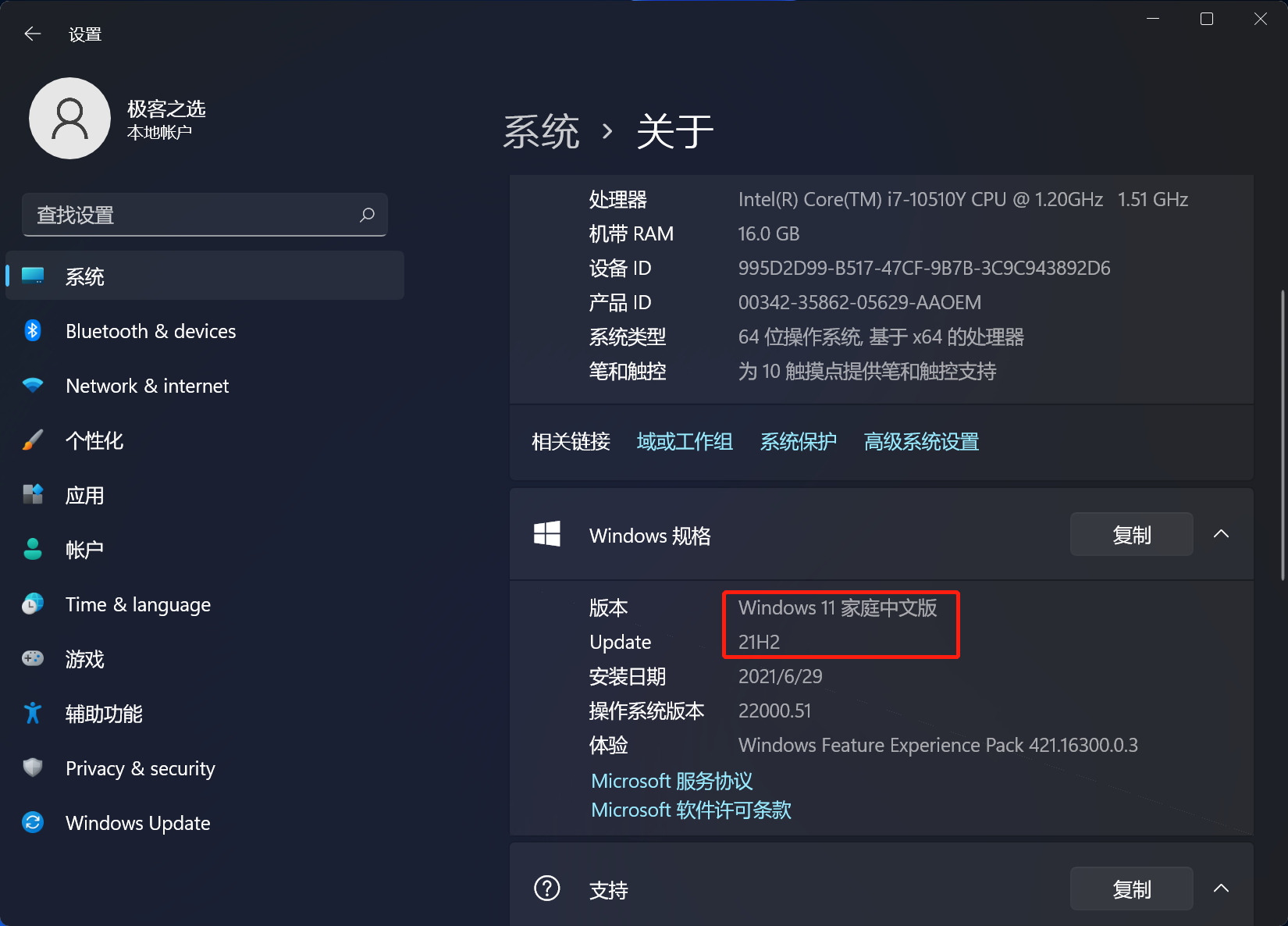 No break, no stand, no give up, no gain

In the next few years, with the increase of windows 11 installed capacity, PC products are likely to usher in greater changes, especially touch is likely to be the first to be popularized. Microsoft started to support multi touch from Windows 7, and windows 8 designed a modern UI for touch operation. However, for many years, windows touch has always been in an embarrassing situation. After all, in desktop applications, the efficiency of keyboard and mouse is far higher than that of touch.

But starting from windows 11, with the introduction of Android applications, the touch function will certainly get greater play. In fact, in the preview version of windows, many UI designs are more inclined to touch operation. For example, the space between menus is obviously widened, and the control center and the common operations such as copy, paste, and rename in the explorer are also designed to be more suitable for clicking icons. 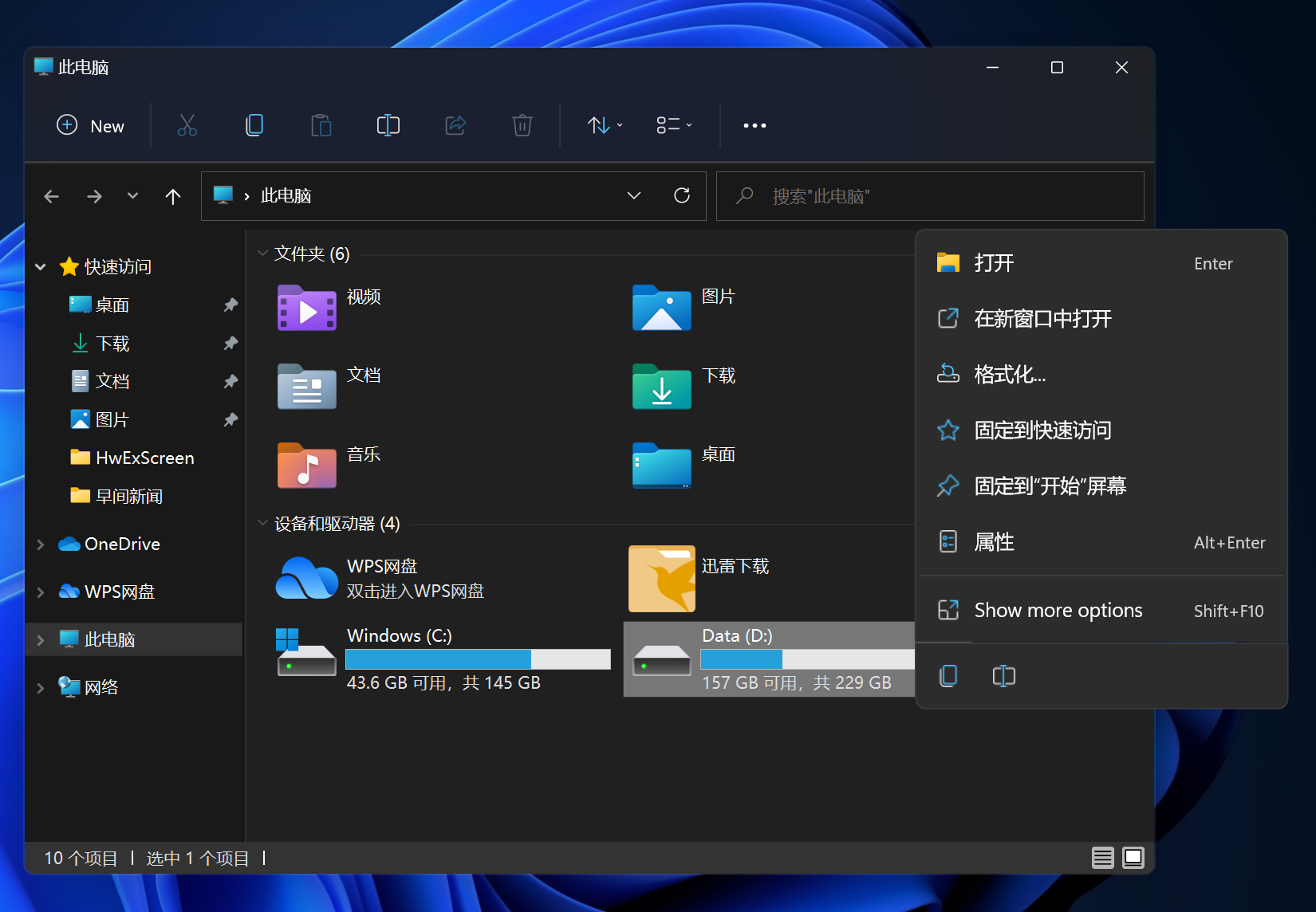 Up to now, there are still many online banking companies that rely on Internet Explorer. However, with the continuous upgrading and iteration of technology, edge, which is based on chromium kernel and has better performance, has replaced it. 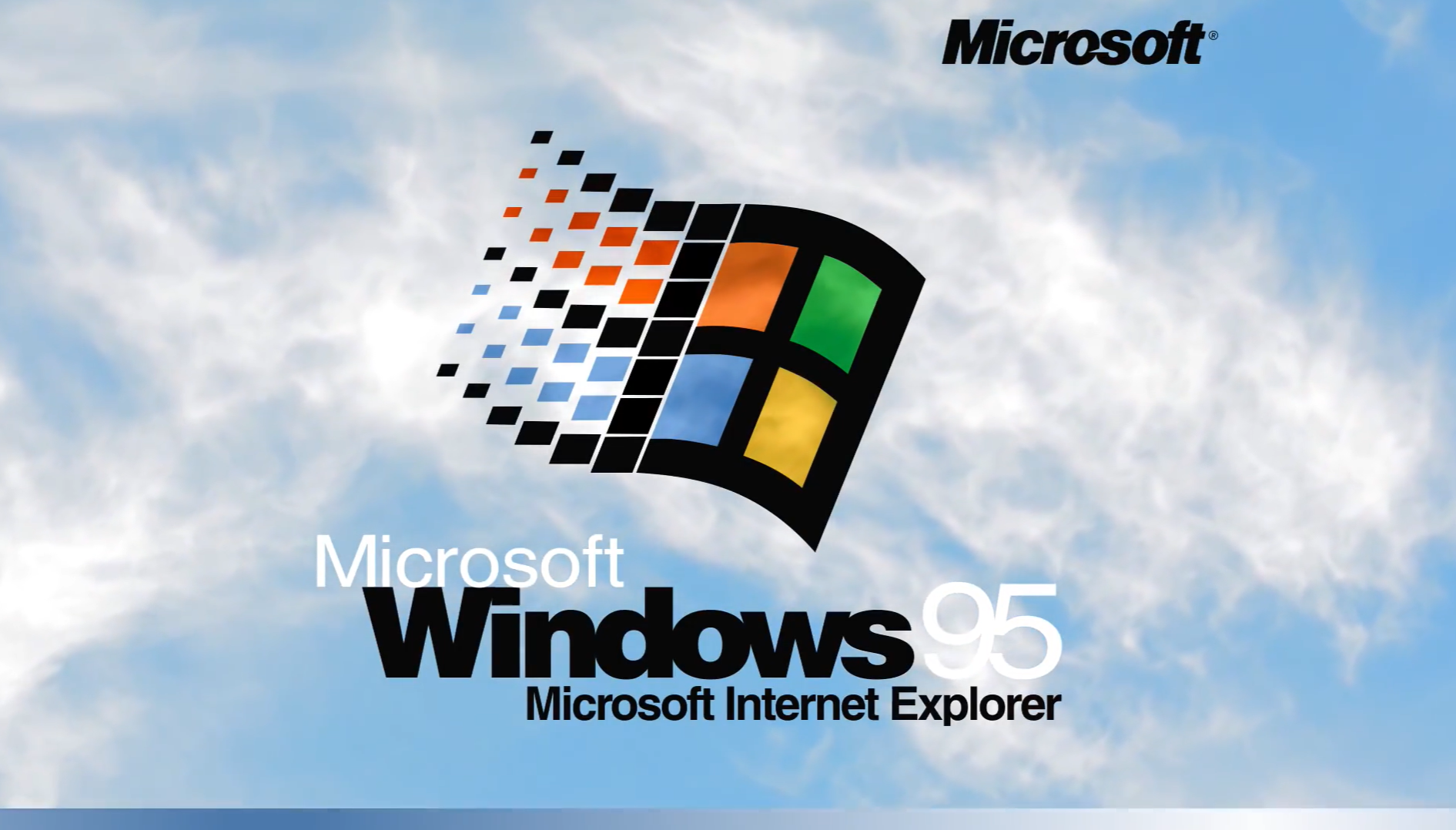 Just like trying to get rid of IE browser, Microsoft now also shows the same attitude towards old computers, only IE has a better substitute, but whether windows 11 can meet our expectations in the future is still unknown. 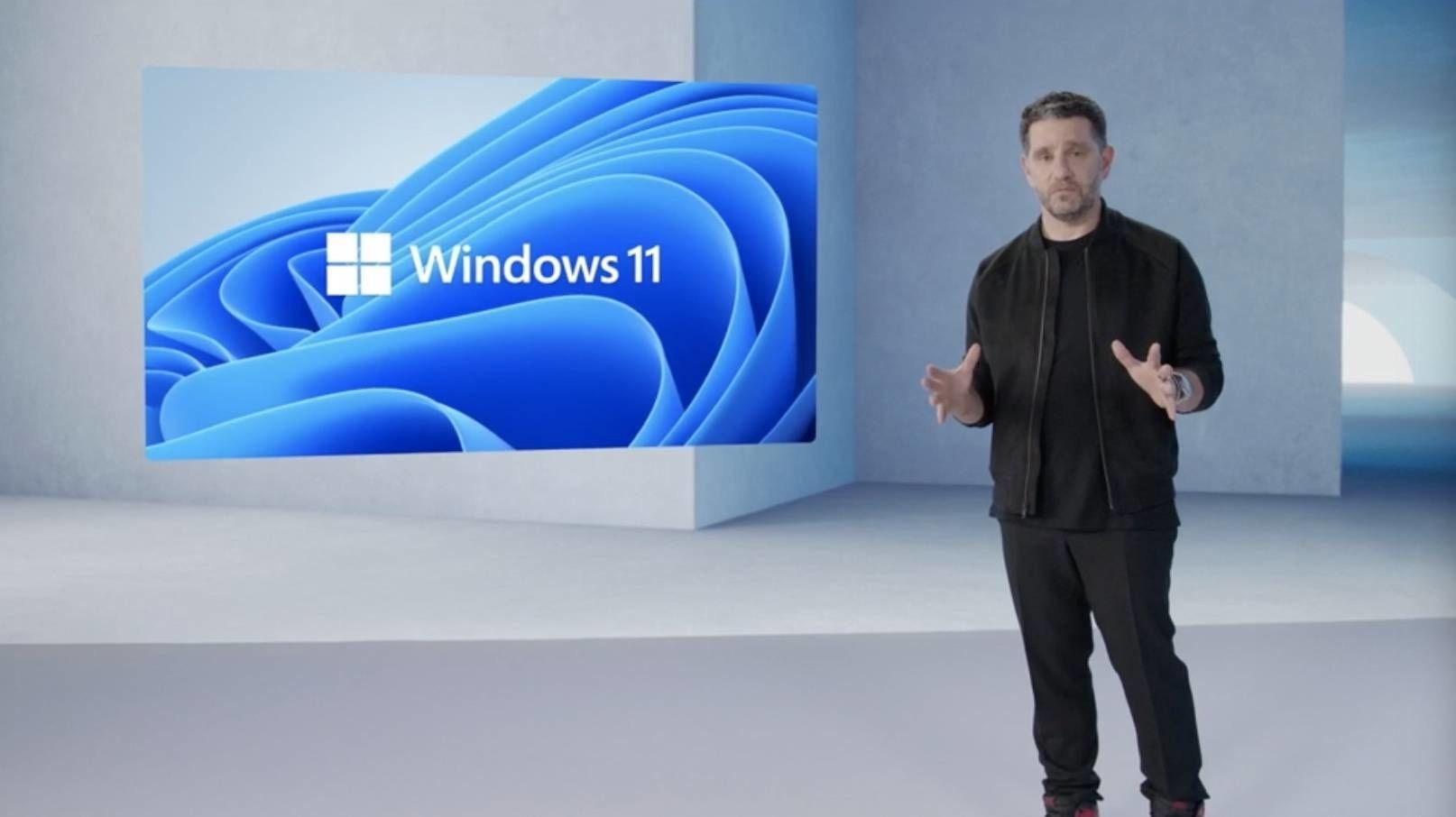 Related news
Is win11 faster and stronger than win10? Win11 performance data exposure
Not compliant with win11 hardware standard? How to upgrade win11
Win11 abandons old computers: what the hell is Microsoft doing?
NVIDIA and Intel release win11 driver! Win11 game features exposed
New generation game artifact talk about win11 game features
Win11 refused to Win11 three reasons a trick teach you perfect retention Win10
The 2022 Win11 update has not yet reached the 2023 Win11 news
Microsoft personally supports Win11: the company's 190,000 workstation upgrades without problems
There's no latest version of Win11 this week: Microsoft Programmer Dove!
Breaking the shackles of hardware: 12 years ago, the laptop successfully ran Win11 22H2
Hot news this week
Sources say Penguin Random House's deal to buy Simon & Schuster has fallen through
Any chance of taking over the agency? Sources say Tencent has been in contact with Blizzard for at least a year
Blizzard's founder responded to NetEase's contract renewal: Cooperation is a two-way street, and we will do our best to make Blizzard games accessible to Chinese players
Ali suddenly released a new chip, the domestic chip breakthrough, abandoned the American chip fantasy
Better than Huawei or Apple? It is revealed that Samsung S23 uses satellite communication: can also space voice
Players recognized as the best of the year! The Old Man Ring won four awards at the 2022 Pension Rocker Awards
Chaozhou accident relatives do not recognize the third party identification! Why doesn't Tesla Provide Driving Data?
Today is the 18th anniversary of Blizzard's World of Warcraft: unfortunately, the national service will be discontinued in January
According to sources, TSMC replaced Samsung to win a large order of Tesla's assist driving FSD chip, based on the 4/5nm process
Jinshanyun reported revenue of 1.97 billion yuan in the third quarter, down 18.4 percent year on year
The most popular news this week
For the first time, China surpassed the United States and was recognized as the world's largest in the number of valid patents
SoftBank has developed technology to use drones to detect mobile phone signals from people buried in disasters
Tencent Holdings: Purchased 1.29 million shares today at a cost of HK $351 million
Saudi player dispels rumours of winning after being awarded Rolls-Royce Phantom: No matter
The super flagship endorsed by Wu Jing hits the shelves: almost all the front screens will be released next week
Huawei Watch Buds: two-in-one design of watch earbuds
No wonder people still don't buy TV when the price is down
Qualcomm developed PC processor behind: ARM toothpaste kiss son architecture is not good
Flavor is "technology and hard work"? Don't worry about it!
Tesla's new car will be returned after being bought three times in three days