2399 yuan to play 3A! Xbox series s evaluation of BOC: the king of cost performance of the smallest host in history

Whenever players see that Microsoft marks the games on PC and Xbox platform as exclusive, they will more or less smile and wonder why it is necessary to buy Xbox platform after landing on PC. However, with the advent of last year's mining boom, everything has changed. The price of a video card has changed from twice as much as that of a host computer in the past to nearly five times more than that of a host computer. A set of game console costs 10000 yuan to get started. Cheap and high-quality mainframe is undoubtedly the most affordable answer when playing 3a in the downstream. Even PC players who used to be the king of performance have to bow their heads.

Microsoft's foresight has paid off at this time. Getting through the interworking strategy between the Xbox platform and the PC platform, as well as the already online Xbox play anywhere, Xbox game pass and other game services, all give the Xbox host an advantage at this time.

A game, double play; There is also a subscription service that can play all the games for free during the membership period; Even on the next generation platform, it can be compatible with all previous generation games, and enjoy the improvement of 4K resolution, auto HDR, fast loading, etc.Microsoft's Xbox is No.1 in terms of cost performance, service level, architecture and performance。 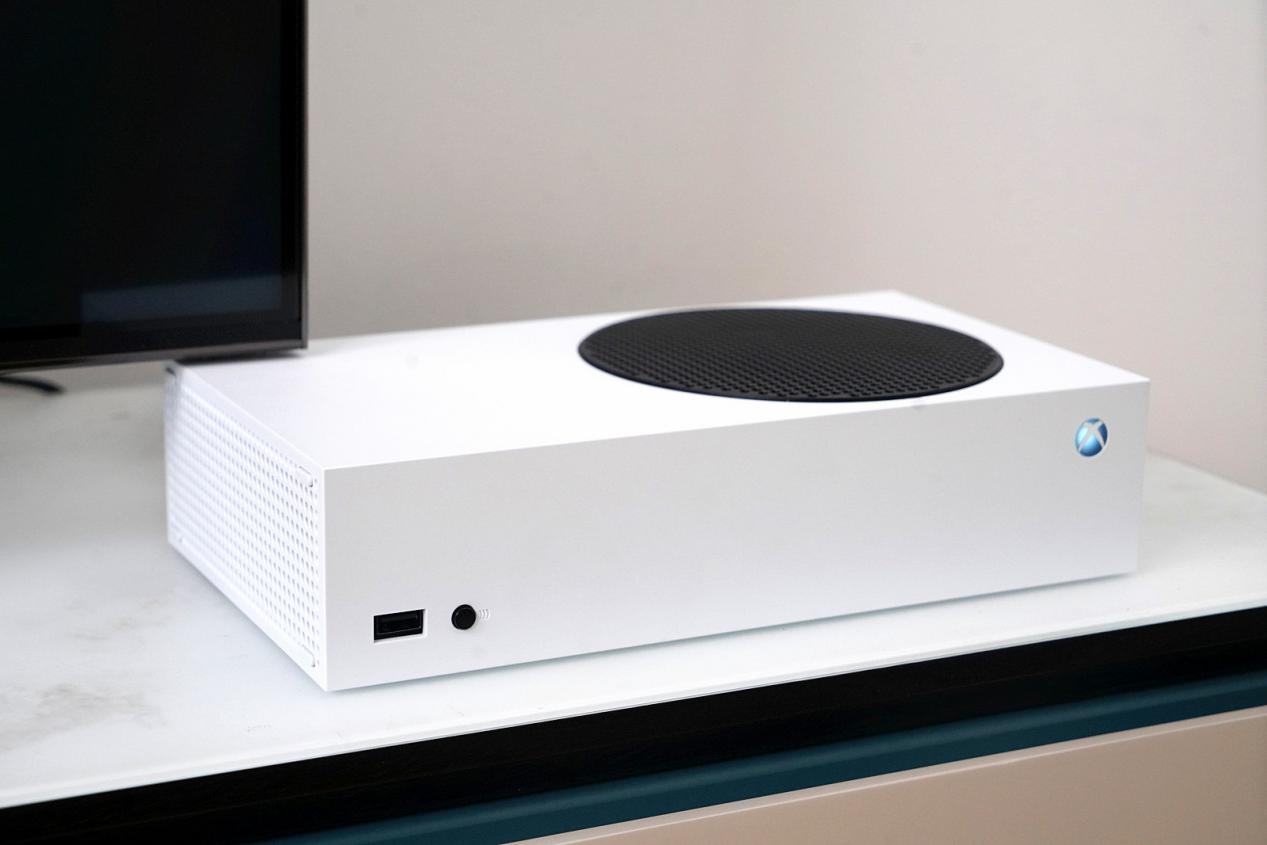 Not long ago, we have experienced the Xbox series X, a quasi next generation host, which has left a deep impression on people in terms of its excellent appearance, heat dissipation and other industrial design, its excellent computing power, loading speed and other performance parameters, as well as convenient exclusive expansion solid state.

In fact, it has a little brother, Xbox series s, inherits the excellent architecture of the next generation, and has the smallest body in history, can provide players with 1080p and part of the game 4K resolution excellent smooth experience, and the price is only 2399 yuan. so to speak,For those players with limited wallets and devices (lack of high-end large screen displays such as 4K / 120Hz), Xbox series s is undoubtedly the most cost-effective choice for the new generation of games. 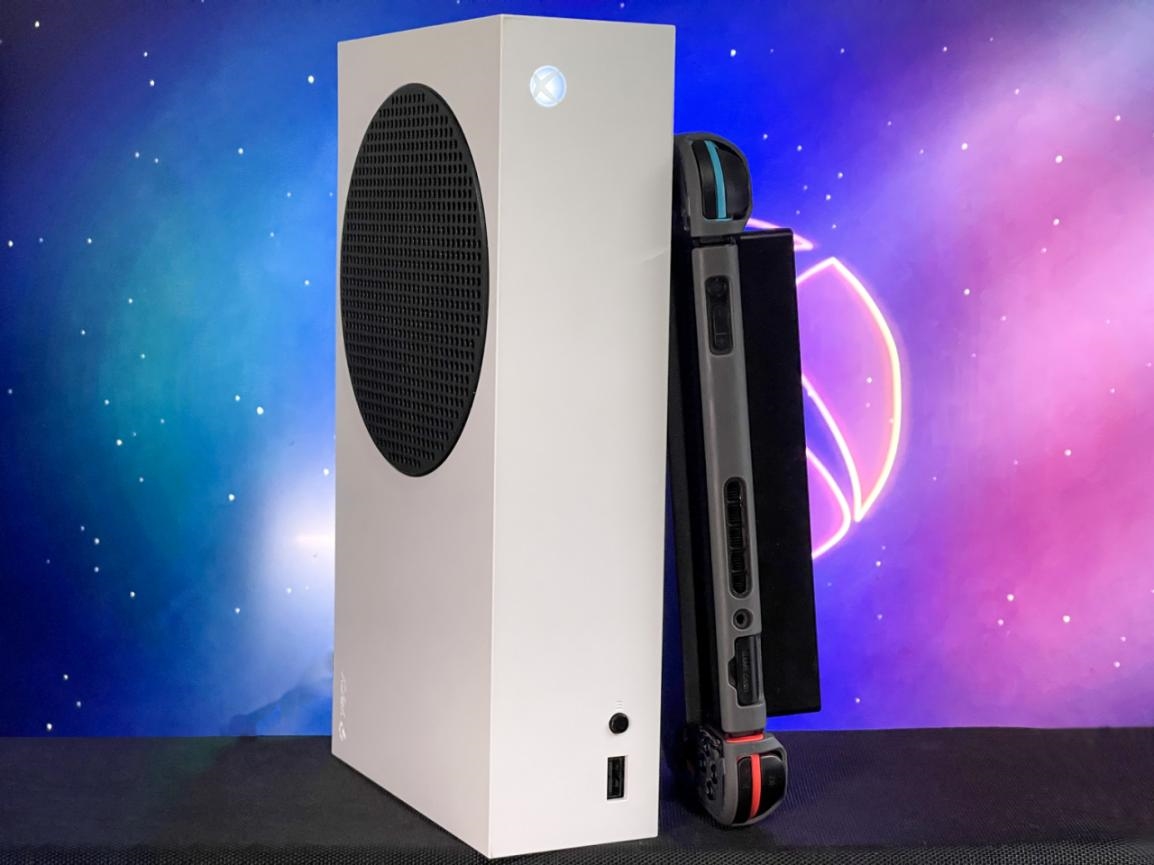 We also received a version of Xbox series s from the Bank of China. When we got it, its small size was very shocking. Even compared with my switch, it was not clumsy at all.

Today, let's take a comprehensive look at the Xbox series s (abbreviated as XSS for convenience) to see its performance level, and what kind of service and experience the Bank of China can provide. 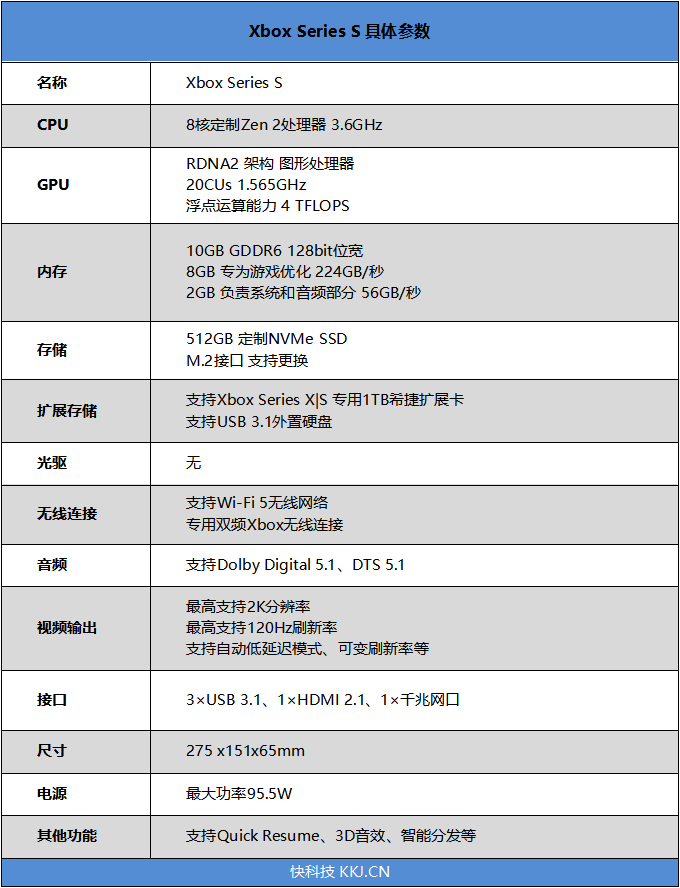 Related reading: It's hard for children to impersonate adults! Tencent's new cruise function launchedIn fact, the real-time chat with you in the love game may be a stingy guyWin11 can't do without it, three main board brands announced win11 lineup, unfortunately the old CPUWhat's the difference between abandoning Win98 era and designing win11 brand new interfaceA classic! Lu Weibing reveals the games he often played in school

Related news
Microsoft executives say: Xbox series X is backward compatible with all Xbox one games
Xbox series X will be equipped with an independent audio chip: "a card has good audio quality" guarded by Microsoft?
Xbox series X R & D life cycle will be 7-10 years from 2016
Microsoft: Xbox series X will be downward compatible with thousands of games
Microsoft: Xbox series X will be downward compatible with thousands of games without shrinking the image quality
Microsoft announces Xbox series s: the smallest Xbox in history, priced at $299
The Chinese version of the Xbox Series X host has passed 3 C certification: PS5 still do not believe
Bank of China's Xbox series X / S is officially on sale at 0:00 tonight! From 2399 yuan
2399 yuan to play 3A! Xbox series s evaluation of BOC: the king of cost performance of the smallest host in history
Hot news this week
Titanium Media Publish Assesum: People's Bank: Digital RMB Winter Olympics pilot has entered the sprint phase; Tesla announced that 250,000 Powerwall energy storage power stations have been installed
Volvo pure electric C40 China first show: giant transformation, open electrification era new offensive
Close to the apple millet, two weeks of consecutive weeks, China Smartphone second: 3 years, the world's first
Alibaba and Tencent have received more than half of the 43 antitrust fines, and lawyers say the penalties are likely to increase
Heavy weight! China team "100 billion-level super-calculated simulation quantum" won two nominations in Gordon Bell Prize
The visualization tool shows a large cloud of debris generated by the Russian anti-satellite missile test
What is the Yuan Universe? Why do you pay attention to it? - Decoding Yuan Universe
Study on the sequelae of COVID-19 in the Chinese team: Shortness of breath, depression and other problems still existed nearly one year after discharge
Capital does not love SAIC, "flying" subsidiary, Jet Hydrogen Technology intends to go to science and technology board
Tencent responded to "APP to get ridiculous": Upgrade APP is now downloaded for user rights protection
The most popular news this week
Google and Apple have been fined nearly 100 million yuan for allegedly "stealing" user data
700 million people to buy each month buy: spent a lot of Q3 income rose 51%
From March 1 next year, the personal payment code of wechat Alipay will not be used for business payment
Tesla plans to complete at least US $ 1.06 billion in the construction of the Austin plant before the end of this year.
Musk says don't touch your phone!
Current payment! WeChat, Alipay will have a large change
Apple restizes Turkish product sales business prices
Special spells in the third quarter of the third quarter of the year increased by 51% year-on-year, net profit is 1.64 billion yuan.
Beijing Internet Court: The merchant comes with "Review Cashback" card can constitute fraud
When can I fade in the deficiencies?