The game also ushered in the "new wave"? NVIDIA RTX lights up a big wave of national trend

As the most popular term in the field of clothing and FMCG in recent years, the popularity of some classic domestic brands has become a hot social phenomenon. Consumer goods, which are closely related to national memory and national culture, have formed a trend and are loved by more and more people, especially by the younger generation. 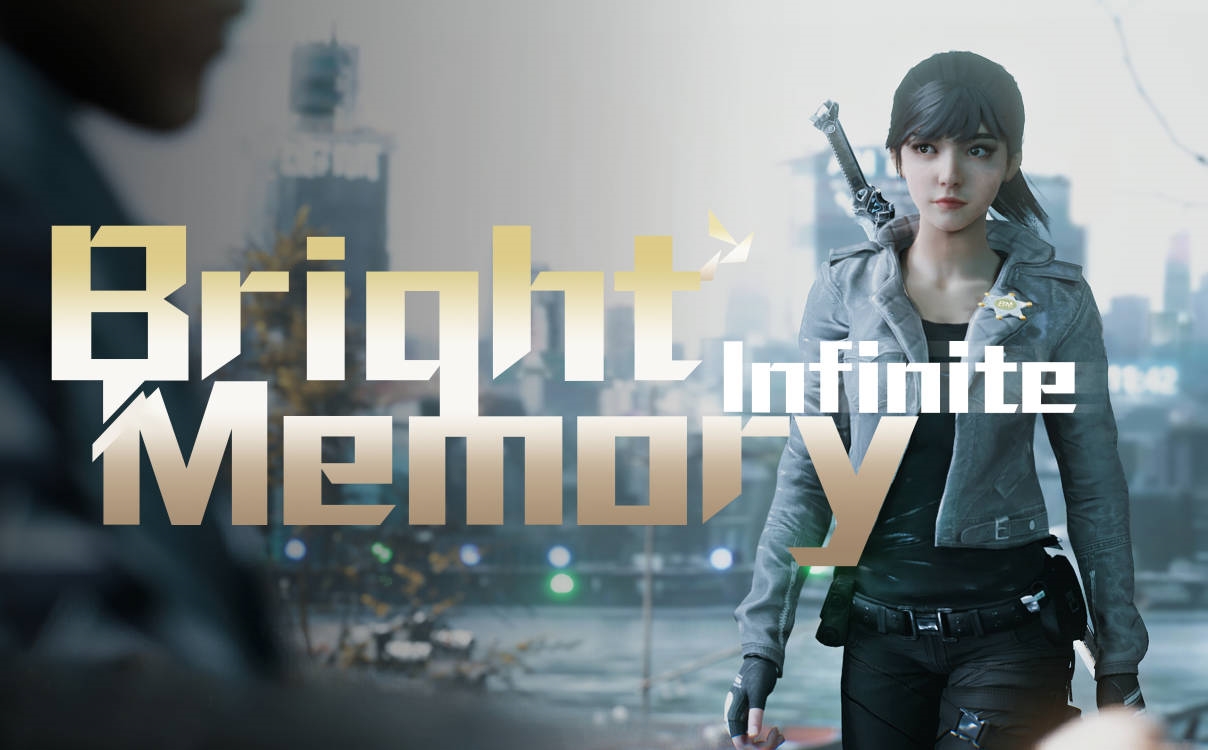 The birth of this phenomenon, in addition to the large-scale improvement of the consumption level of domestic players, investors have brought more resources to developers, but also has something to do with the technological progress of the game development industry.

On July 6, "my world" RTX beta version of Chinese version was officially launched. It has brought three new ray tracing game maps with national style characteristics to players together with top domestic creators;

On July 8, the much anticipated unrestricted action competitive game "eternal robbery" will officially open the pre purchase and non deletion test on the official website.

In addition, there is the first experience version of shadow torch City, which is developed by Shanghai titanium nuclear network and supports NVIDIA RTX technology and DLSS technology, as well as the new area of classic FPS competitive game, which has just been released recently and will support NVIDIA reflex technology.

In the past two years, the reason for the rapid development of domestic games is not only the self-confidence and craftsmanship of domestic developers, but also the substantial improvement of game development specifications and technology.

More and more developers are actively contacting and trying the latest game development technology, and the enthusiastic pursuit of players can also see that the current game market is constantly catering to this trend.

For example, during the first beta test, the game has already supported NVIDIA DLSS technology. The RTX 3060 GPU turns on the DLSS automatic mode at 4K resolution at the same time. The performance improvement is up to 63%, which perfectly surpasses the standard of smooth operation of 4K 60 frames. This can be said to be the greatest blessing that DLSS brings to players. 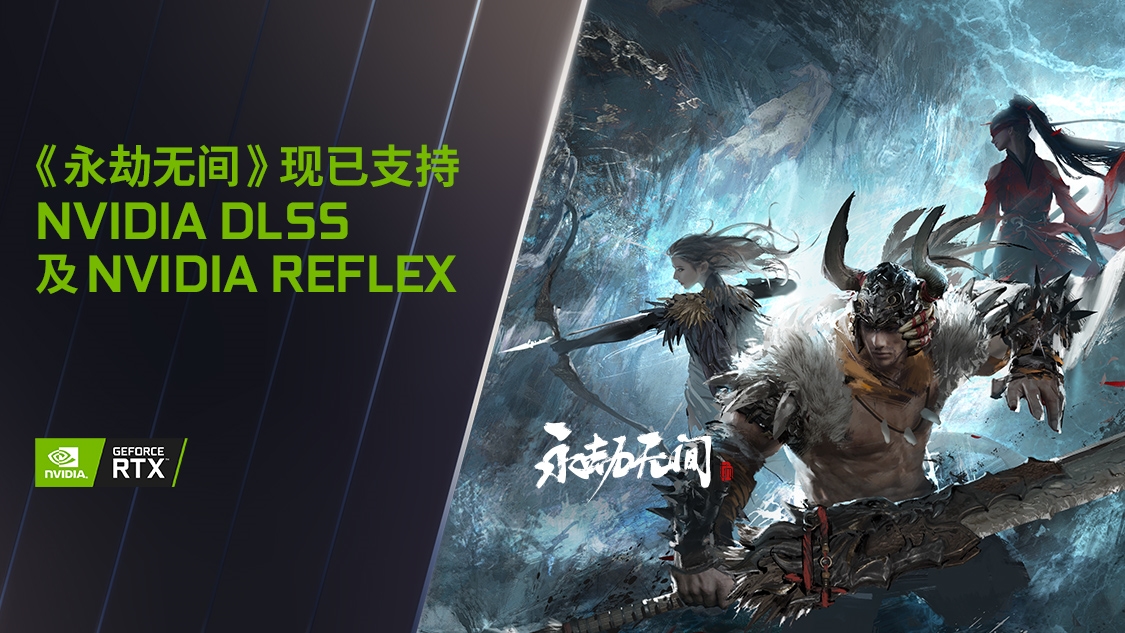 NVIDIA DLSS has been applied in the testing phase of forever, and will soon support the reflex technology

"My world", which has always been the best-selling video game in the world, launched the Chinese version RTX beta on July 6. It can be seen that this game with great vitality is adapting to the trend of domestic players with new content full of vitality. 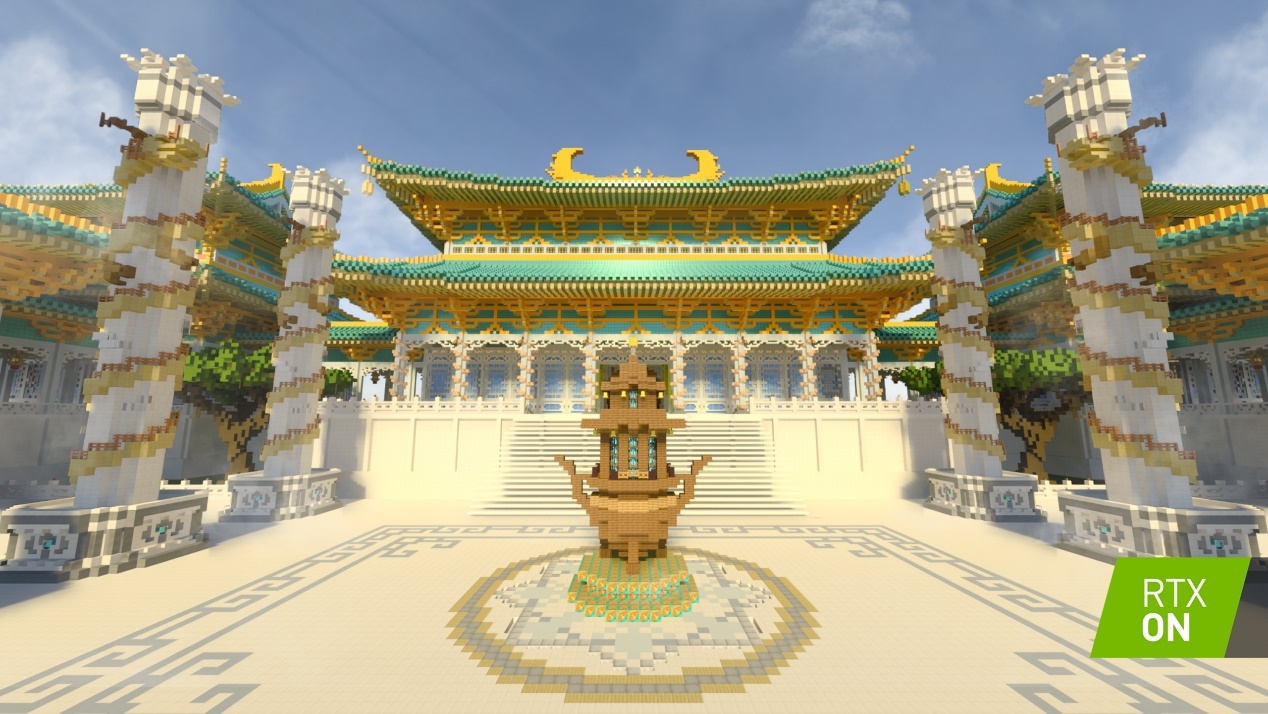 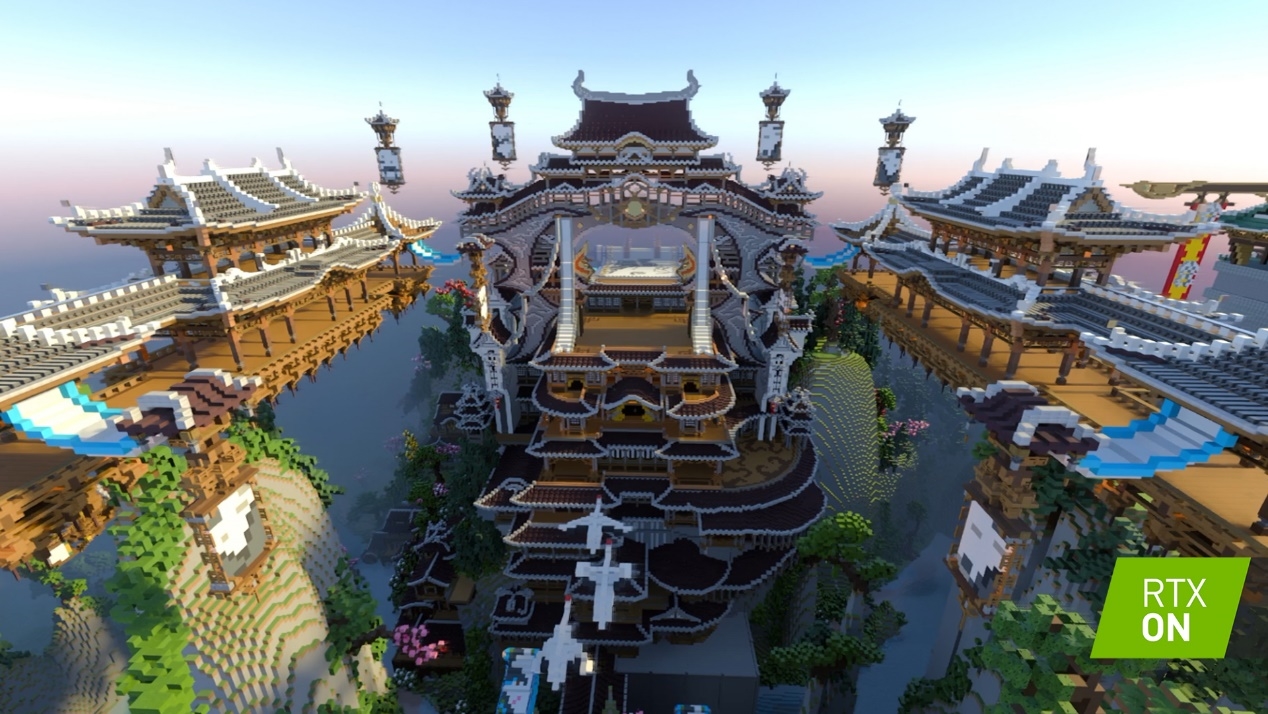 Thanks to the support of NVIDIA DLSS, a revolutionary rendering technology, the Chinese RTX beta version of "my world" makes use of the powerful function of deep learning neural network to improve the frame rate and generate clear images comparable to the original image quality for the game. Players can experience the beautiful national style lighting effect supported by RTX effect.

If the RTX beta version of forever and my world in China is the representative of the famous developers' team using RTX technology to build AAA masterpiece, then the shadow torch city developed by Shanghai titanium nuclear network can be said to be a model for independent studios to introduce NVIDIA RTX technology and DLSS technology at the research and development stage. This domestic independent game is based on virtual engine 4, RTX and DLSS will "shadow torch city" to a new level of vision and image quality. 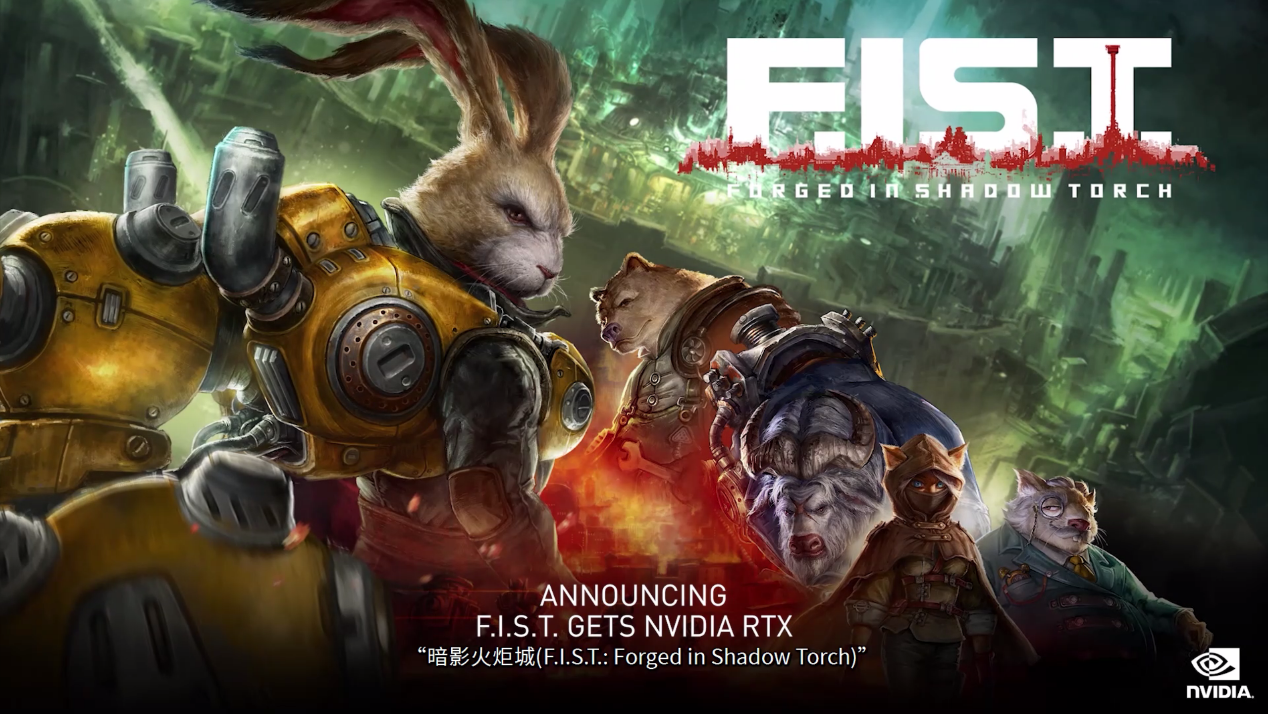 Players who come to bilibilibili world 2021 from July 9 to 11 will have the chance to play the RTX demo of shadow torch city first when they go to NVIDIA booth. At that time, you can see the power aesthetic scene of diesel punk galactic demon city under the effect of ray tracing reflection, shadow, global lighting, water wave reflection and other technologies.

Recently, crossfire HD zone, officially released in public beta, also announced that it will support NVIDIA reflex low latency technology in future version updates. As we all know, competitive games have high requirements for players' reaction speed and operation accuracy. Even the gap of tens of milliseconds is enough to affect the success or failure of a game. 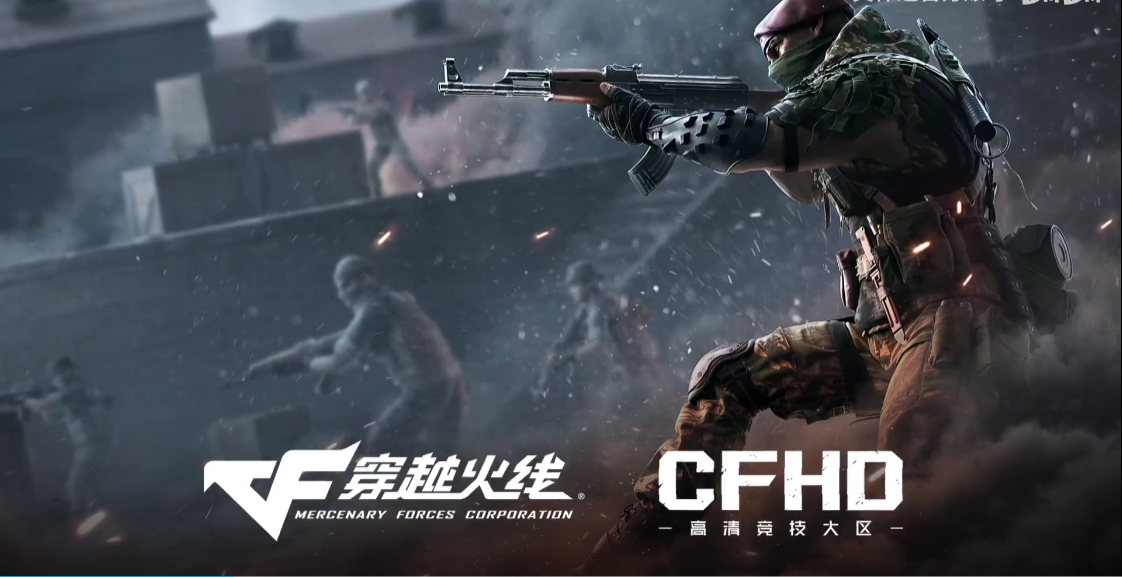 "Across the line of fire" will support NVIDIA reflex Technology

In addition to the above works, one of the most well-known national wind immortal IP "Legend of swordsman" also adds NVIDIA RTX real-time ray tracing technology support for the game. In the newly released in-game RTX trailer, we can see that the pool water uses NVIDIA hybrid transparency technology, which makes the reflection effect of water get ray tracing blessing, and its reflection effect is more realistic than the traditional SSR technology. 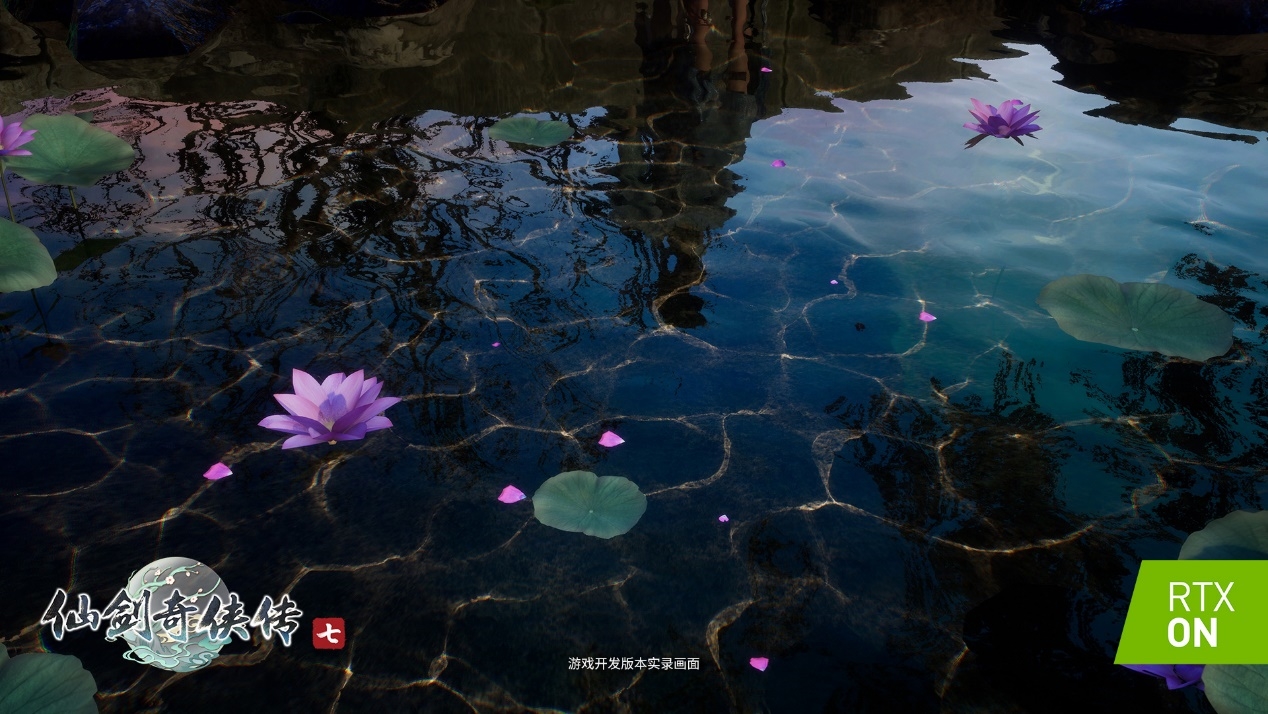 This real caustics effect is calculated in real time by using NVIDIA ray guided water caustics (rgwc) water caustics technology based on ray tracing, so that the caustics effect of the water body and the characters can interact realistically. The combination of the two results in the sparkling pool water shown in the trailer, which is difficult to achieve by traditional rendering methods.

RTX technology has rapidly become the ubiquitous technology in today's game masterpieces. With the new trend of China's games, RTX technology support is constantly added, and the quality of domestic games is on the same level as world-class. From this point of view, it can be said that the rapid adoption of RTX technology is the watershed of the game industry. As one of the fastest applied technologies in the history of PC platform technology, it will help local developers and independent studios to a higher level.

If you are interested in the new national trend works mentioned above, you can't miss the NVIDIA RTX space on bilibilibili world 2021.

NVIDIA RTX space will parachute into the booth of BiliBili world 2021 3H 3a23 from July 9 to July 11. There will be a number of RTX new national trend Games' latest content display and preemptive experience, including the pre order and non deletion test on the official website of forever, the three RTX national style world of China's RTX beta version of my world, and the preemptive real machine experience of shadow torch City, etc.

There will also be esport e-Competition area, anchor live area, NVIDIA Studio Creator area and bifili world themed geforce garage customized card exhibition area for you to experience. Click the link at the end of the article to go to NVIDIA RTX space area for more details. 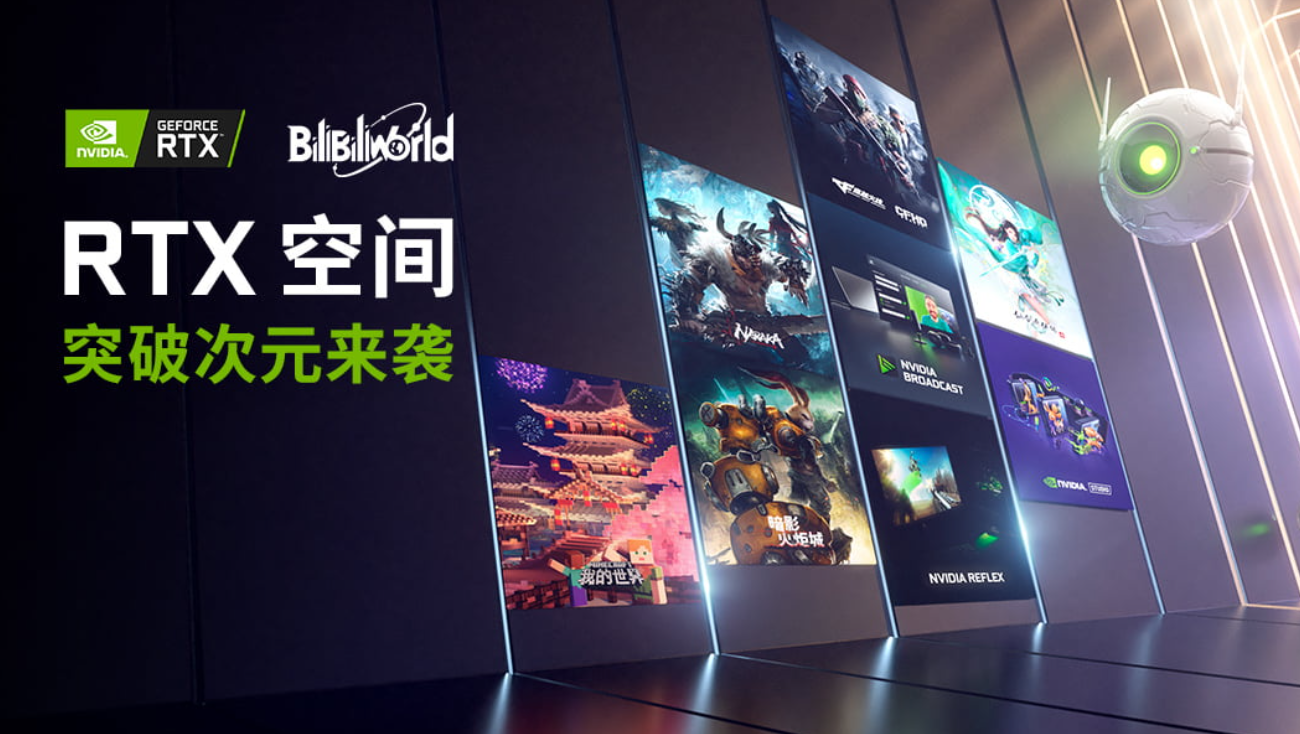 Related news
NVIDIA RTX 3070 parameter / price exposure: RTX 2080s is no match
The price of RTX 3080 graphics card rises again NVIDIA laughs: revenue will increase by 16%
NVIDIA send welfare: buy RTX 30 series video card to send 210 Blizzard game points
NVIDIA plans to launch RTX 3080 20GB version in December (Figure)
3899 yuan real fragrant card! NVIDIA RTX 3070 graphics card disassembly
The game also ushered in the "new wave"? NVIDIA RTX lights up a big wave of national trend
Cheers! NVIDIA RTX space appears in bilibilibili world 2021
The graphics card is not out of stock NVIDIA China: immediately upgrade to RTX more than 3070
Hot news this week
Biden signed a chip and scientific bill, a video call of WeChat iOS internal test suspension window, the advanced CPU caused Win11 to be difficult to use, Huawei new machines enter...
Alibaba: Shareholders SoftBank will settle in advance for advanced payment in advance involving a maximum of about 242 million ADR
Text message color, picture quality compression! Google calls out Apple for improving cross-device messaging
How to regulate the "broken card" operation to crack down on electrical fraud to prevent "accidental injuries" with cards?
Musk's eyes! Lei Jun released a full -size humanoid robot Xiaomi self -developed strength explosion table
Japan has confirmed that China has overtaken the US for the first time in the world's top three indicators of scientific papers
SoftBank Group announced the early settlement of up to 242 million forward contracts for ADRs in Alibaba, reducing its stake to 14.6 percent
iPad 10 will be absent from iPhone 14 conference: October appeared on Apple's last non -comprehensive tablet tablet!
The three major indexes of the US stocks opened sharply: ROBLOX fell more than 4%, Twitter and Tesla rose more than 3%
Kuaishou TOB business Yu Bing: Self -developed chips or mass production after the end of the year, the video must be turned into light industry
The most popular news this week
Tencent's agent of the Russian war online game announced the suspension: Customs Customs in October
Will the heat this summer cause the winter to be extremely cold? Expert science
New Intel NUC Mini! First time with Core P 12 and a castrated version
Lenovo and Motorola are involved in the case! US ITC launched 337 surveys on mobile electronic devices
Apple excludes RCS from iMessage iPhone users miss out on 5G messages
Can the Bayeng government smashing the billions of dollars to subsidize the new energy vehicle market, can the goal of "Made in North America" achieve it?
Windows 12 new picture is here: Feel it in advance
Intel NUC 12 Pro is now available
A total of 195,000 employees in Huawei: 30-50 years old is the main force
Have you ever seen a mobile phone that hides Bluetooth headset? Nokia New Machine Pre -sale: 599 yuan