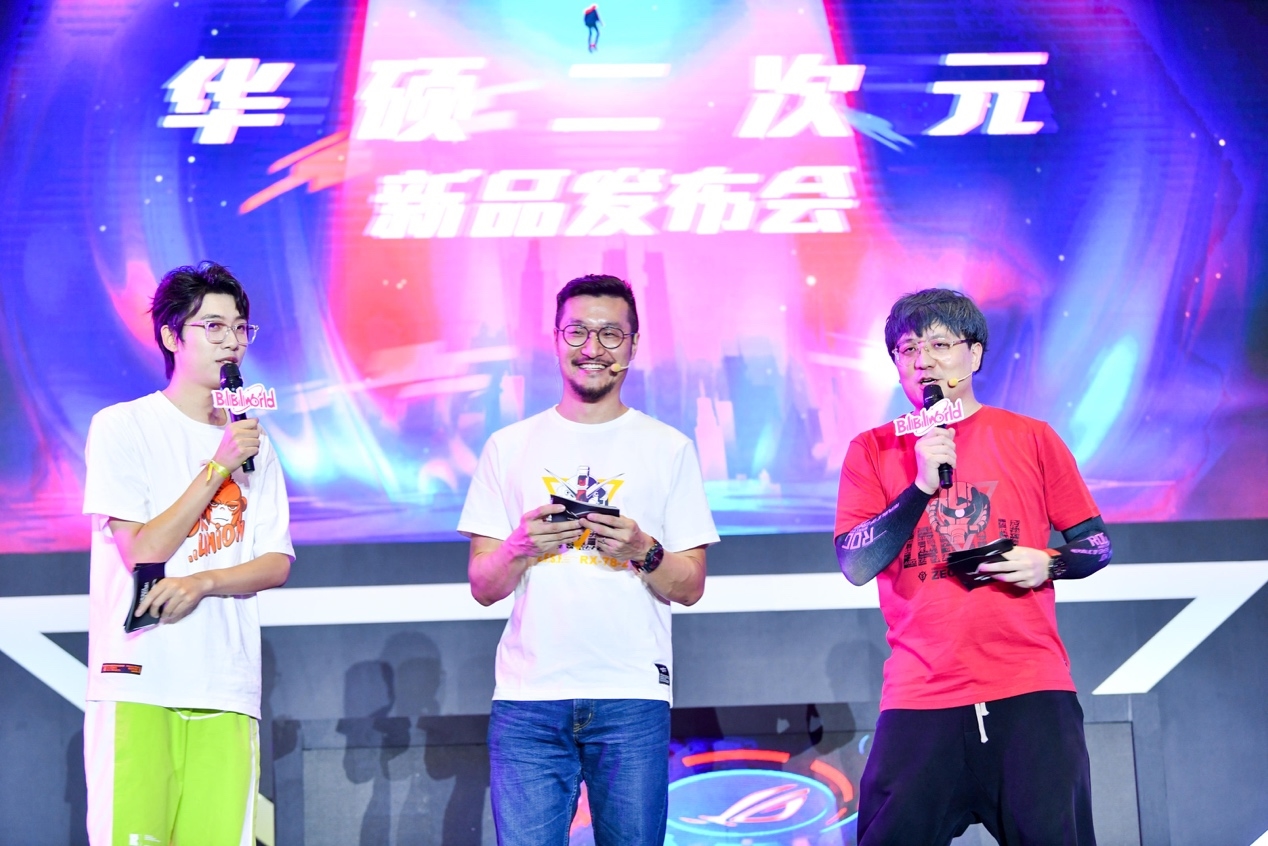 On the morning of July 10, the Rog belief planet held a unique two-dimensional new product launch, connecting with the famous up master @ I am Tong Tong ah, singing classic songs of Gunda with 100 Gunda fans, reliving the feelings and youth memories of Gunda fans. After that, uncle Tony joined hands with host Yan Zijing and @ China boy super gorilla on the stage to open the press conference, and released a series of CO branded limited products of ASUS x ghost blade. At the same time, the debut of the 2.6-meter-tall live Coser and the new Kodak co branded products also excited the players on the scene. 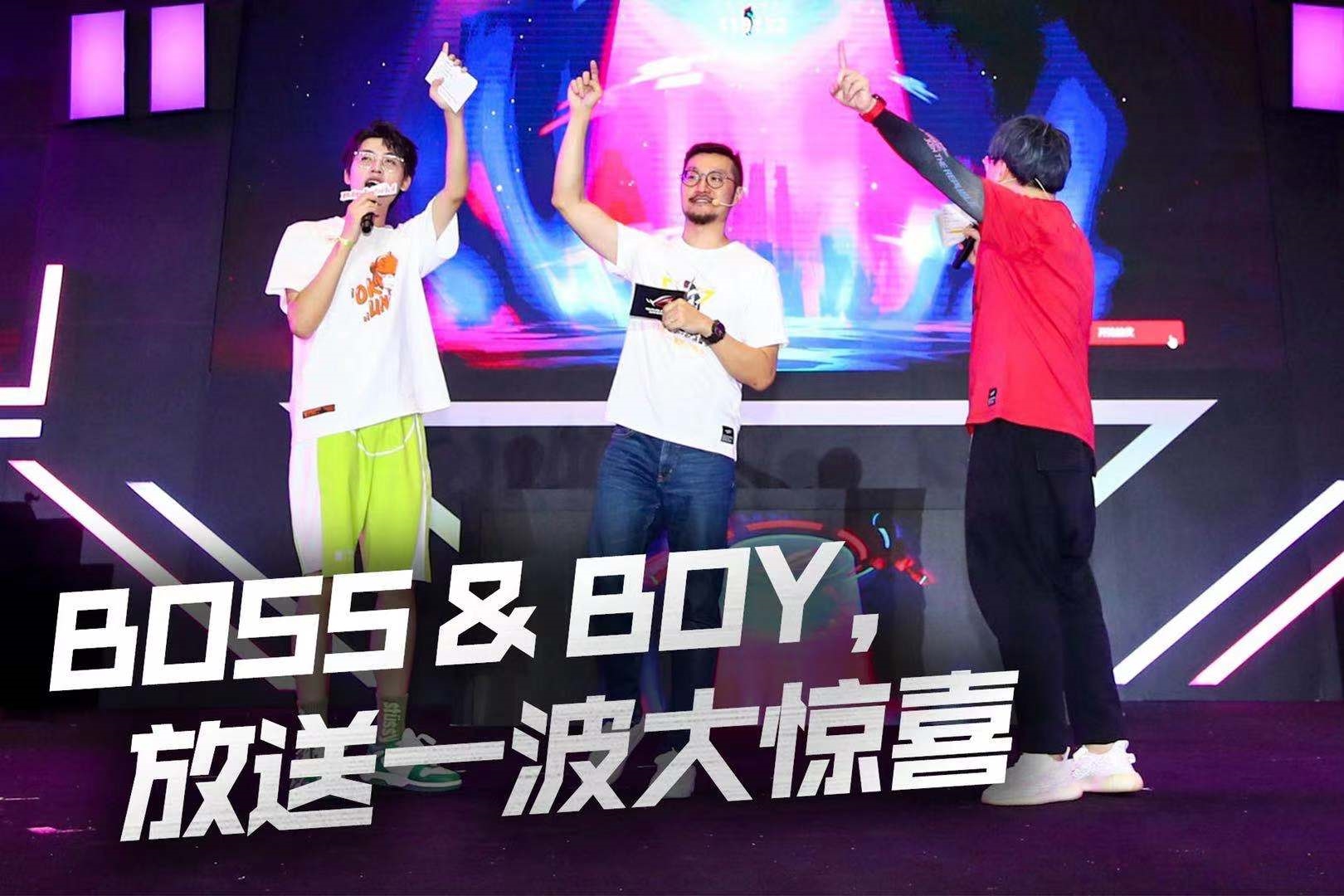 As the current popular secondary IP, ASUS and ghost blade launched a co branded host, which has become a popular punch in place for Rog belief planet. Among them, as the core equipment of the whole host, the limited edition of tuf gaming b560-plus WiFi motherboard ghost blade takes my wife Shanyi as the design prototype, integrates a large number of people's symbolic bright yellow color matching and triangle decoration on clothes, and the front of the overall PCB is mainly designed with lightning elements, showing the unique skill of thunderbolt. M. 2. There is a silhouette of Jotaro on the heat sink, and even the back of PCB also uses comic style to emphasize the line elements to highlight Lei Zhi's strong breathing. It has high appearance and good performance. It adopts high standard power supply design and supports the technology of pci4.0. WiFi 6 wireless network card and 2.5G wired network card also provide a pleasant game network experience. Another talent of hearing ability, with two-way AI noise reduction and DTS game sound customization technology, intelligent noise reduction, realize immersive game sound experience, help you distinguish good and evil, let the enemy nowhere to hide, dominate the battlefield! 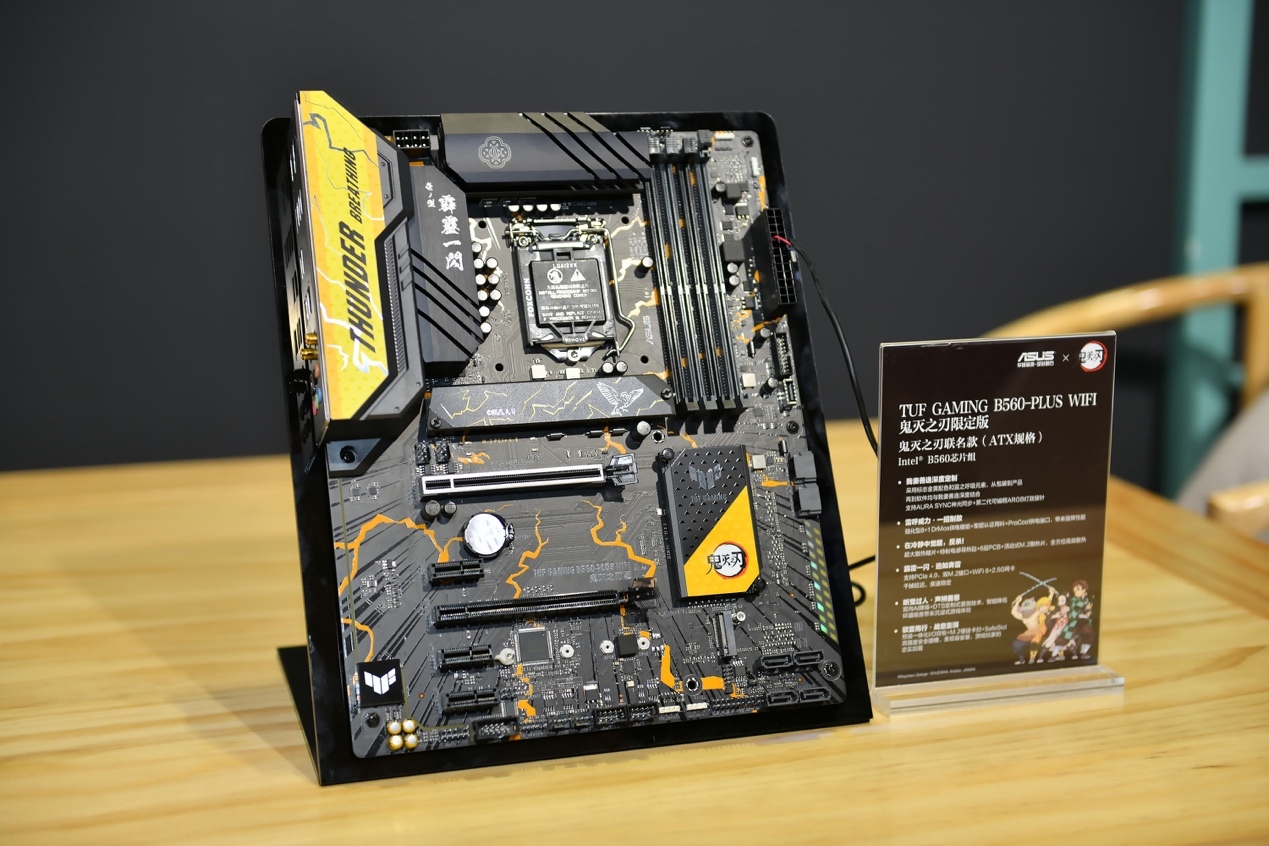 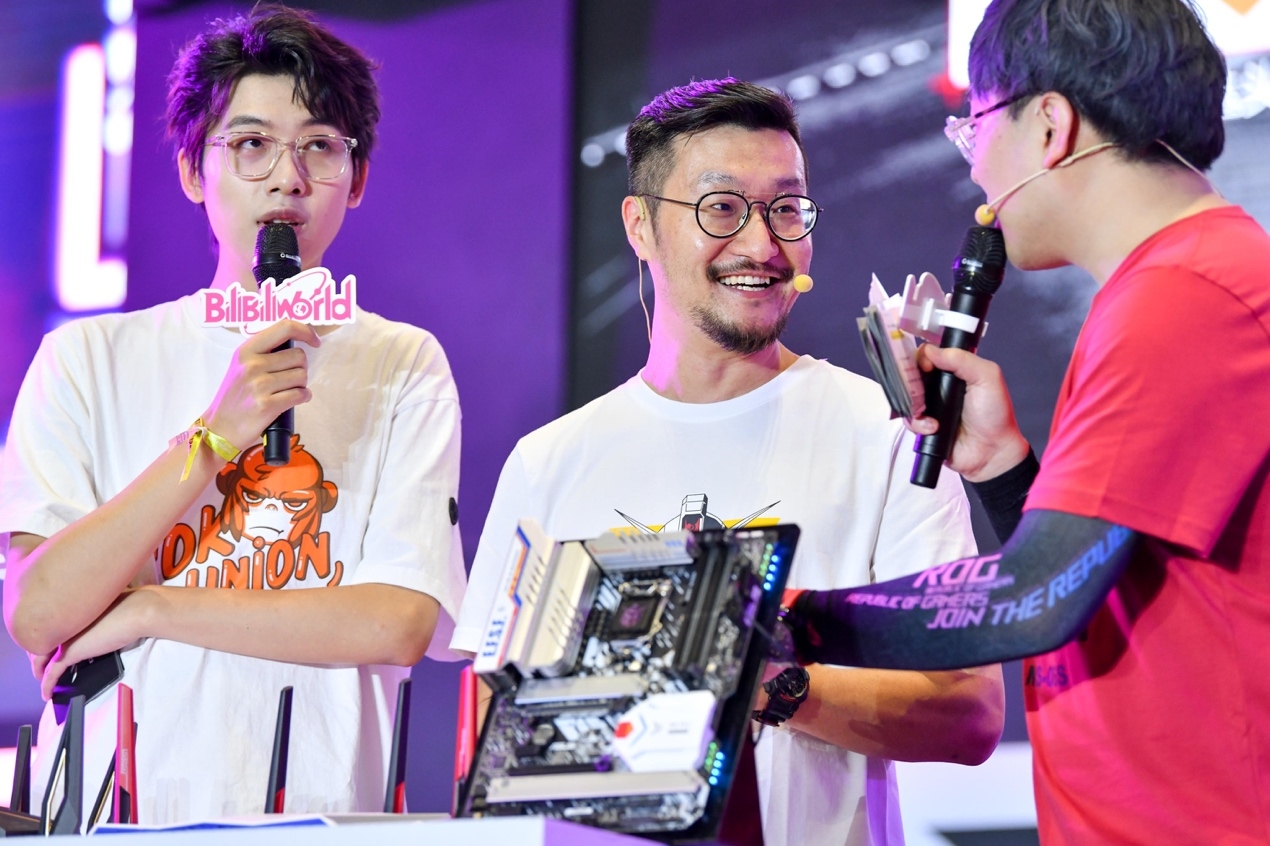 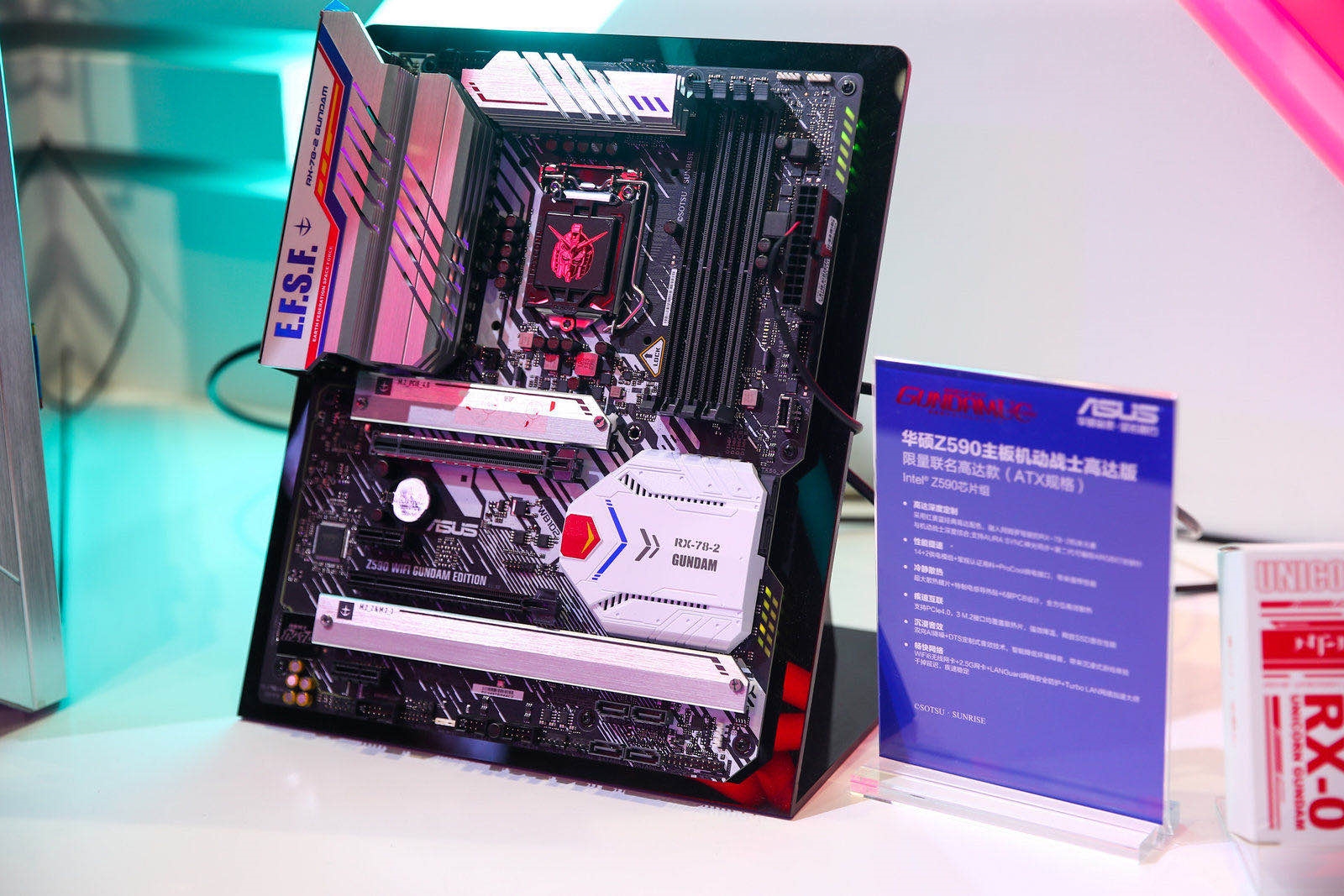 In addition to the above co branded motherboard, the RO Ji area in the second dimension area of Rog belief planet is also a highlight. The latest ASUS z590 snow blowing, b560 snow blowing, b550 snow blowing motherboards, as well as the Black Warrior Rog c8dh (Rog crossair VIII duck hero) motherboard are displayed. There are also two sets of Rog family buckets with the theme of black and red color, and snow and white color. 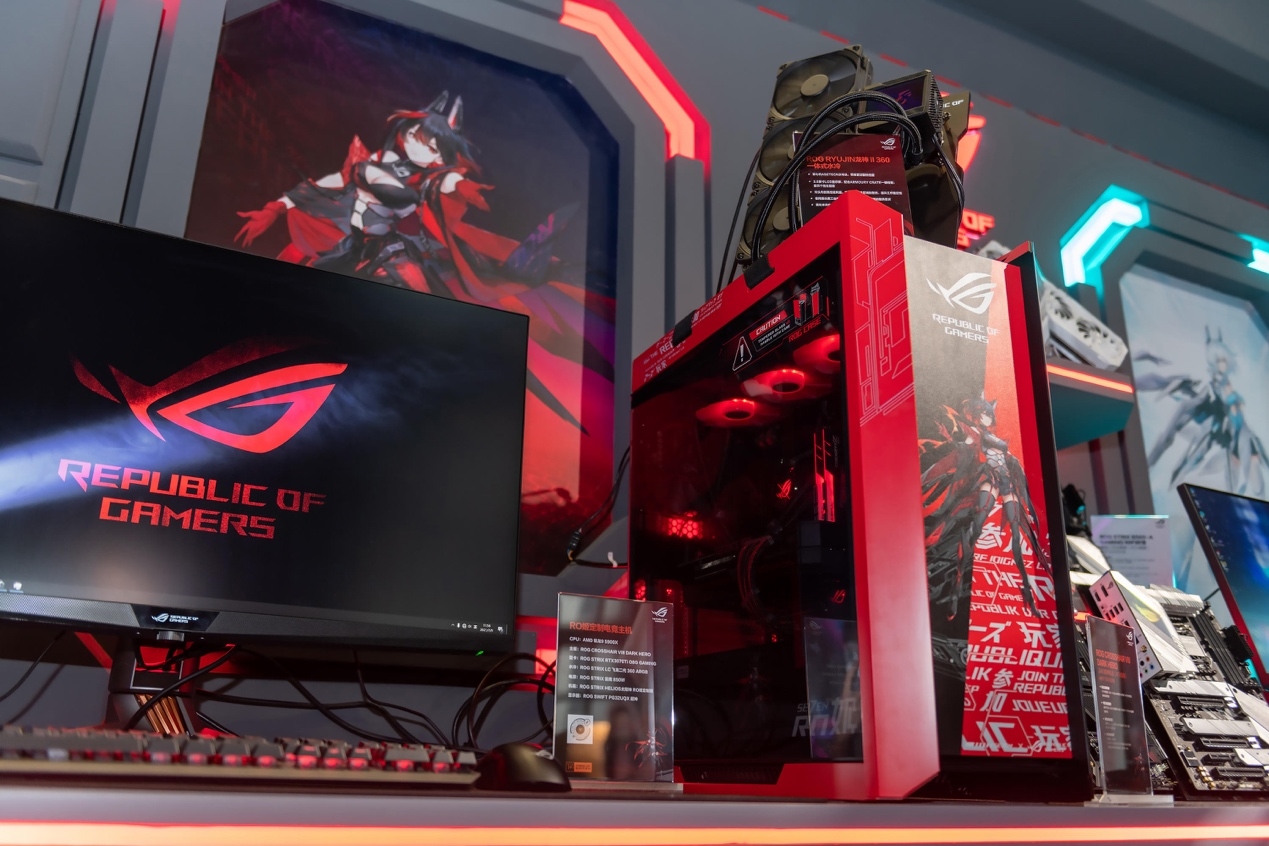 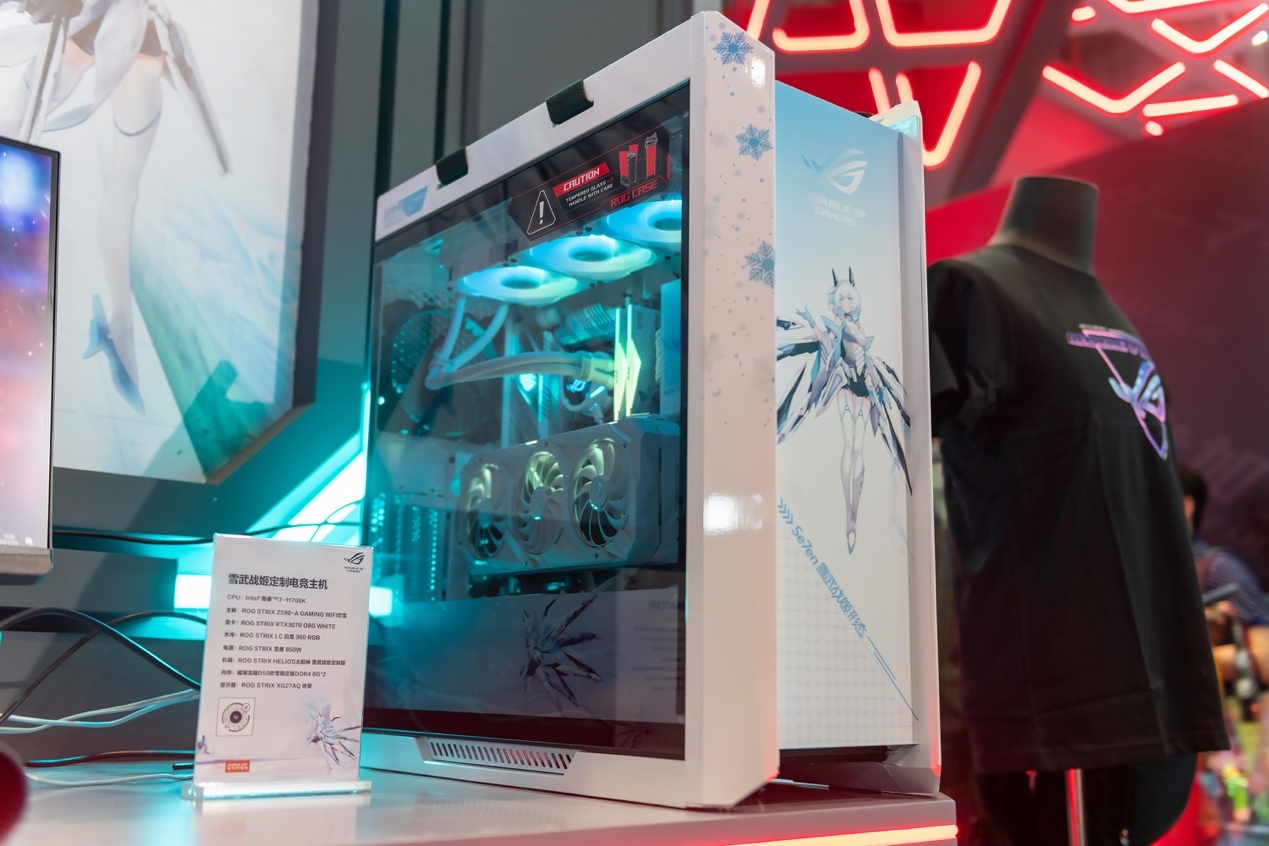 Among them, a large number of images of SEG virtual spokesperson Se7en are added to the front, side and back of the black and red bucket, supplemented by the belief totem of Rog, which makes the whole bucket particularly domineering. This motherboard is based on the next static exhibition of the Rog c8dh motherboard as the core. The motherboard adopts 16 power supply module (90a) and full coverage heat dissipation armor, which can quickly reduce the temperature. Moreover, the design of on-board chip area fan makes it more quiet and dark, just like its name! In particular, the exclusive dynamic OC switcher hybrid dual-mode (multi / full core) superfrequency black technology can release the processor's amazing performance, which is a veritable hot weapon! 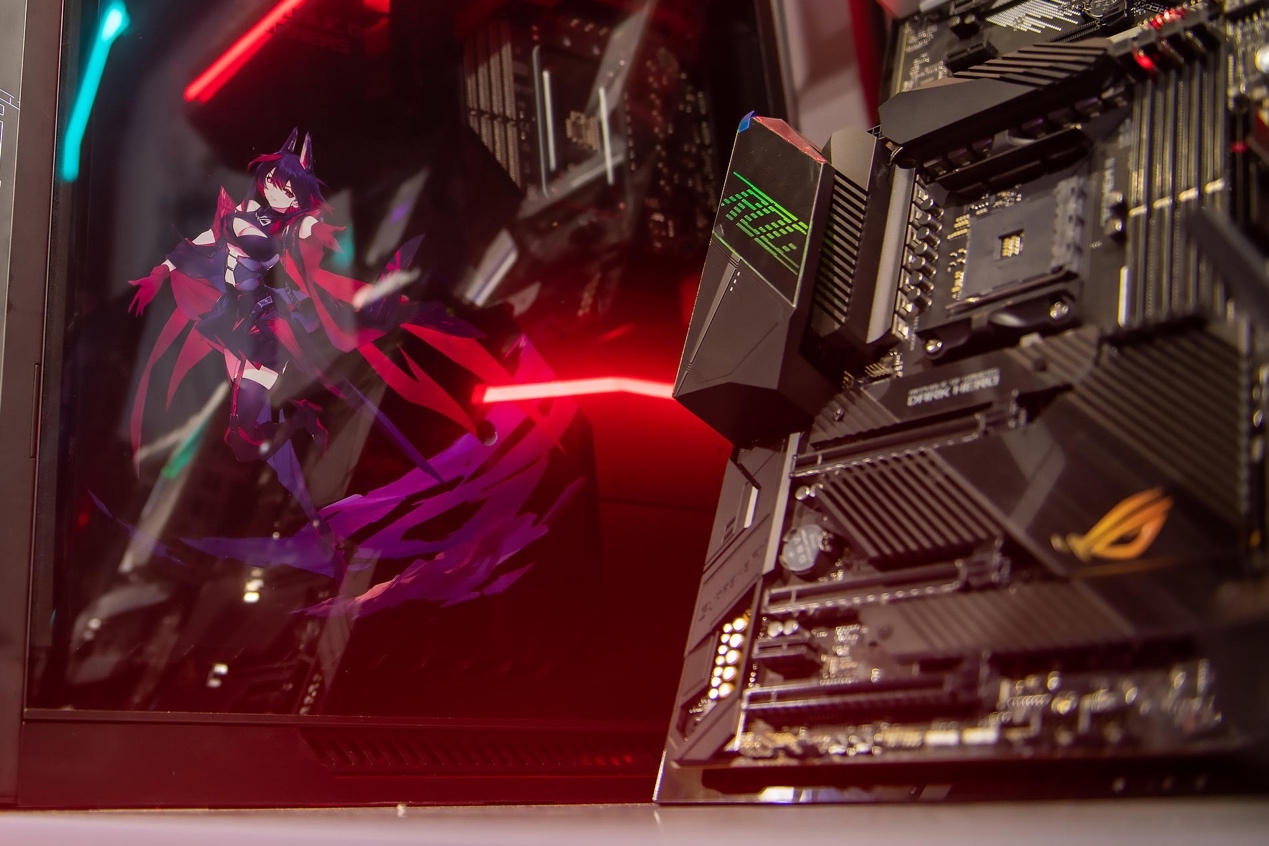 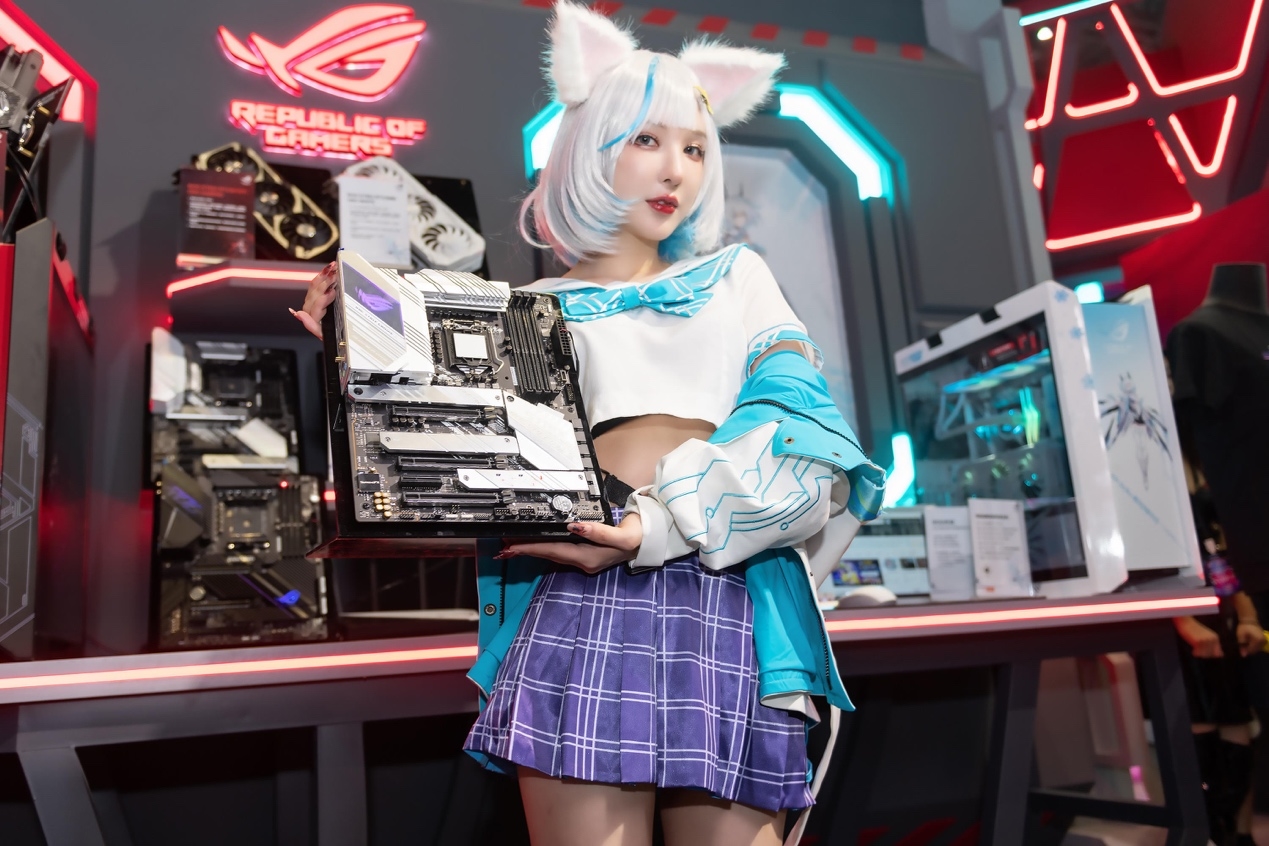 In addition, the real Coser of RO Ji and Xue Wu Zhan Ji attracted countless attention as soon as they appeared on the stage, attracting a large number of players to take photos together, and the scene was very lively. 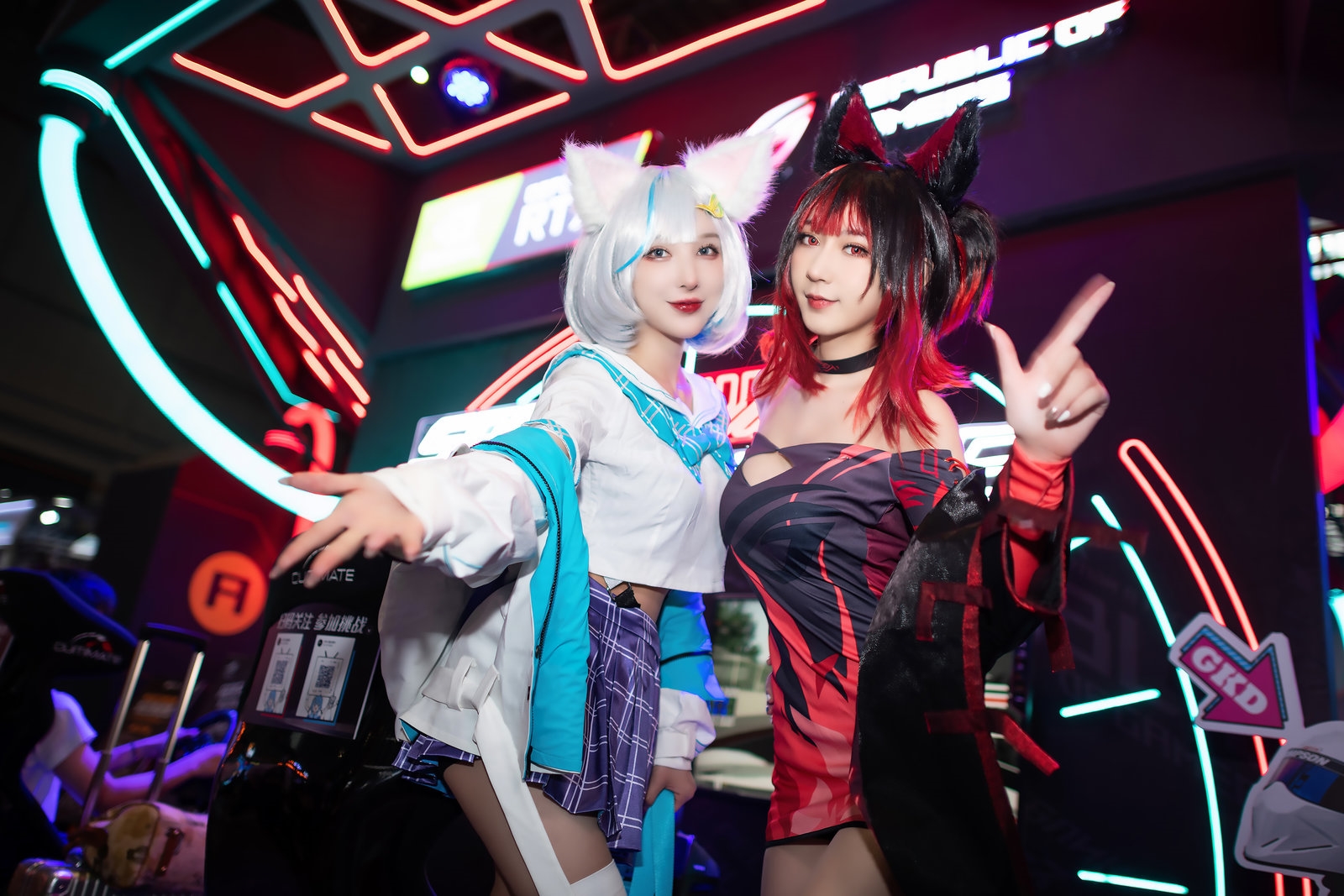 It is the mission of Rog motherboard to break the upper limit of CPU performance and the world record of overclocking. This time, Rog faith planet will carry out the liquid nitrogen overclocking challenge, and a large number of players will participate. After completing the challenge, they will not only get the overclocking certificate issued by Rog overclocking research base, but also get the limited edition key. 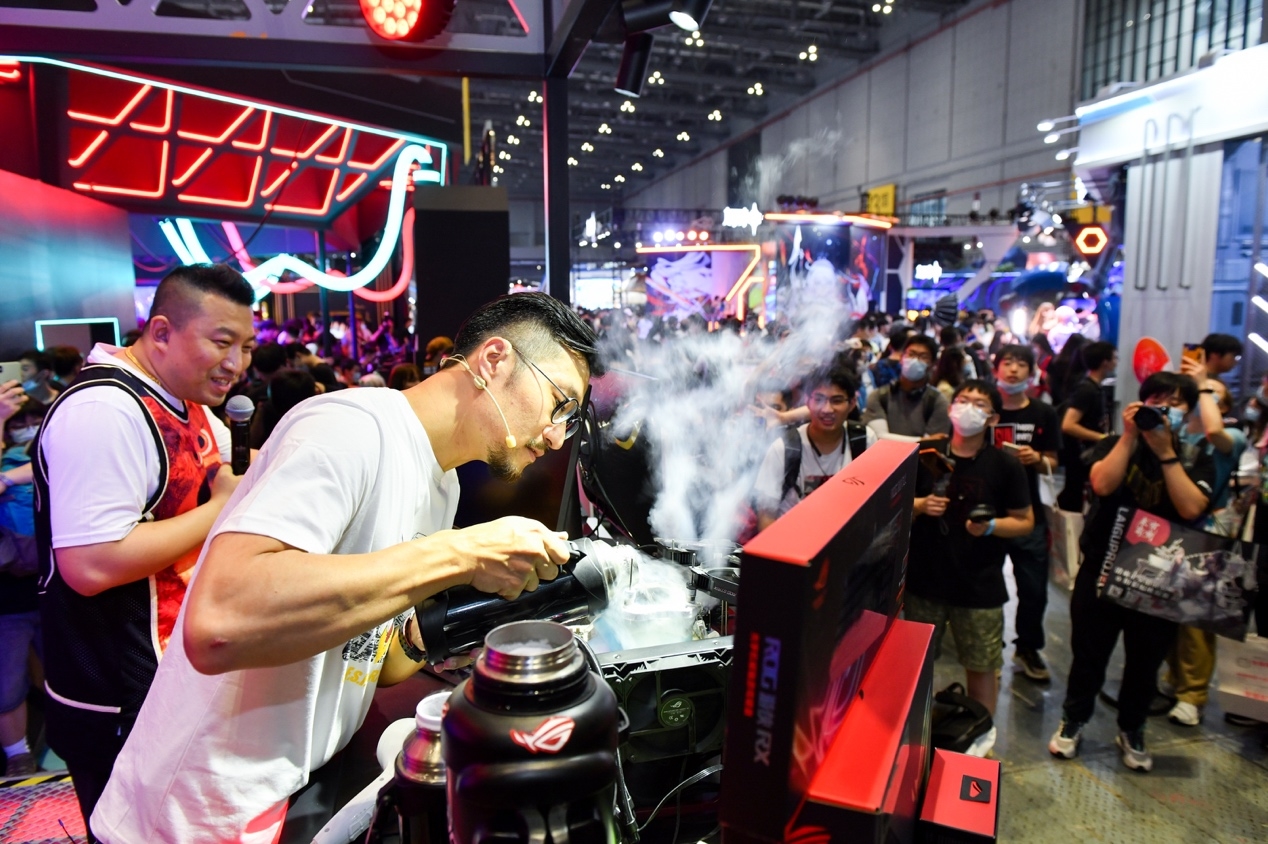 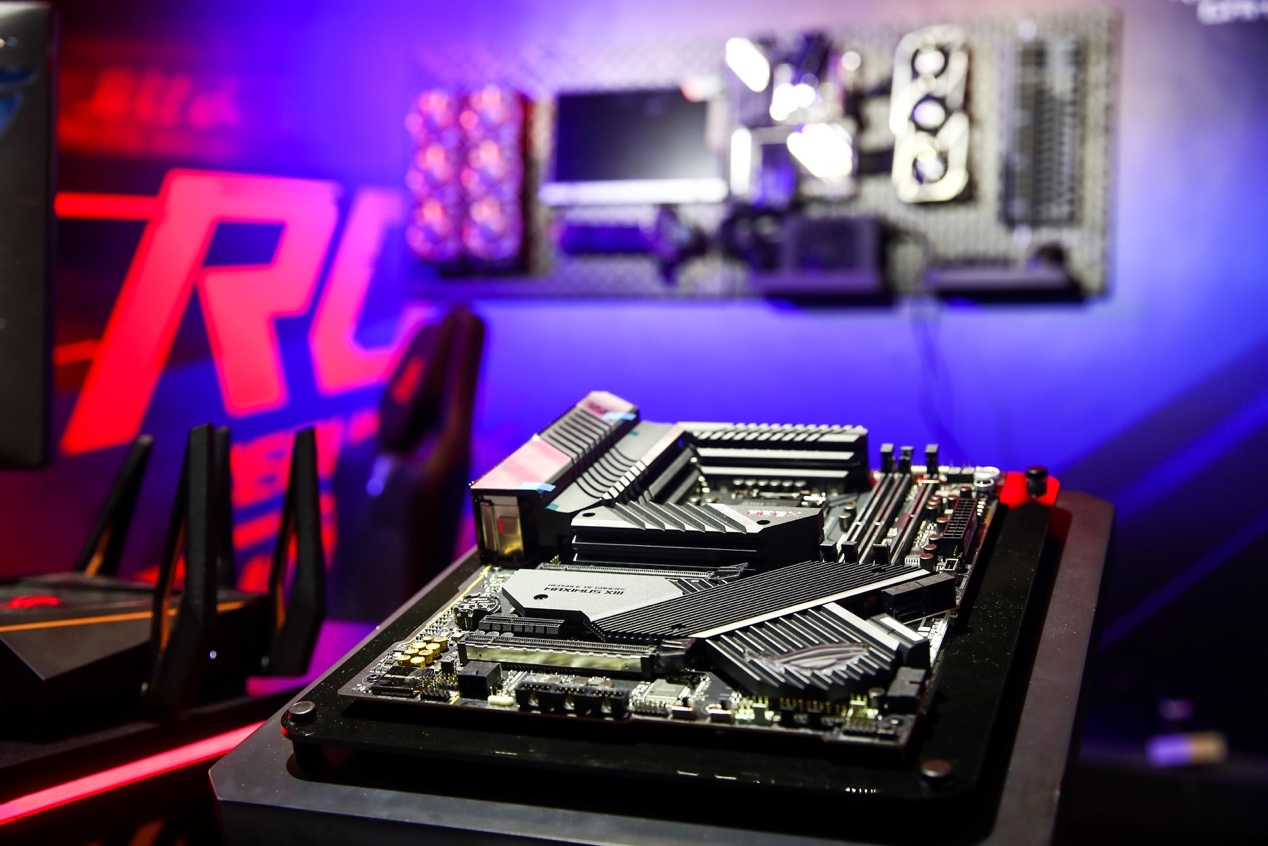 Speaking of hard core players, Mr. aken, who loves water cooling, also came to the scene. Based on the hole board of Rog x IKEA, and with the main board of Rog M13h (Rog maximum XIII hero) as the core, he demonstrated the wall mounted water cooling installation, hard core operation and unique water cooling host, which attracted many players and media friends to watch. 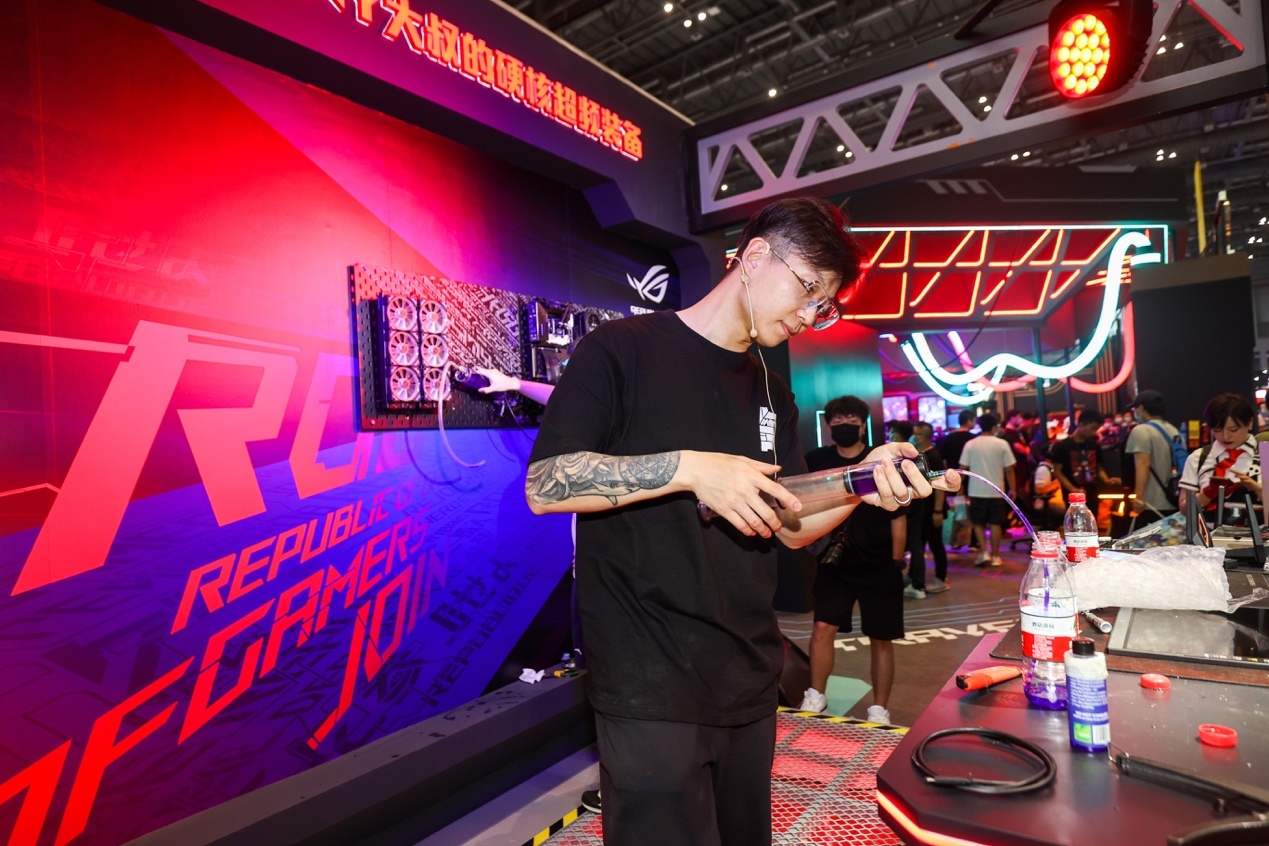 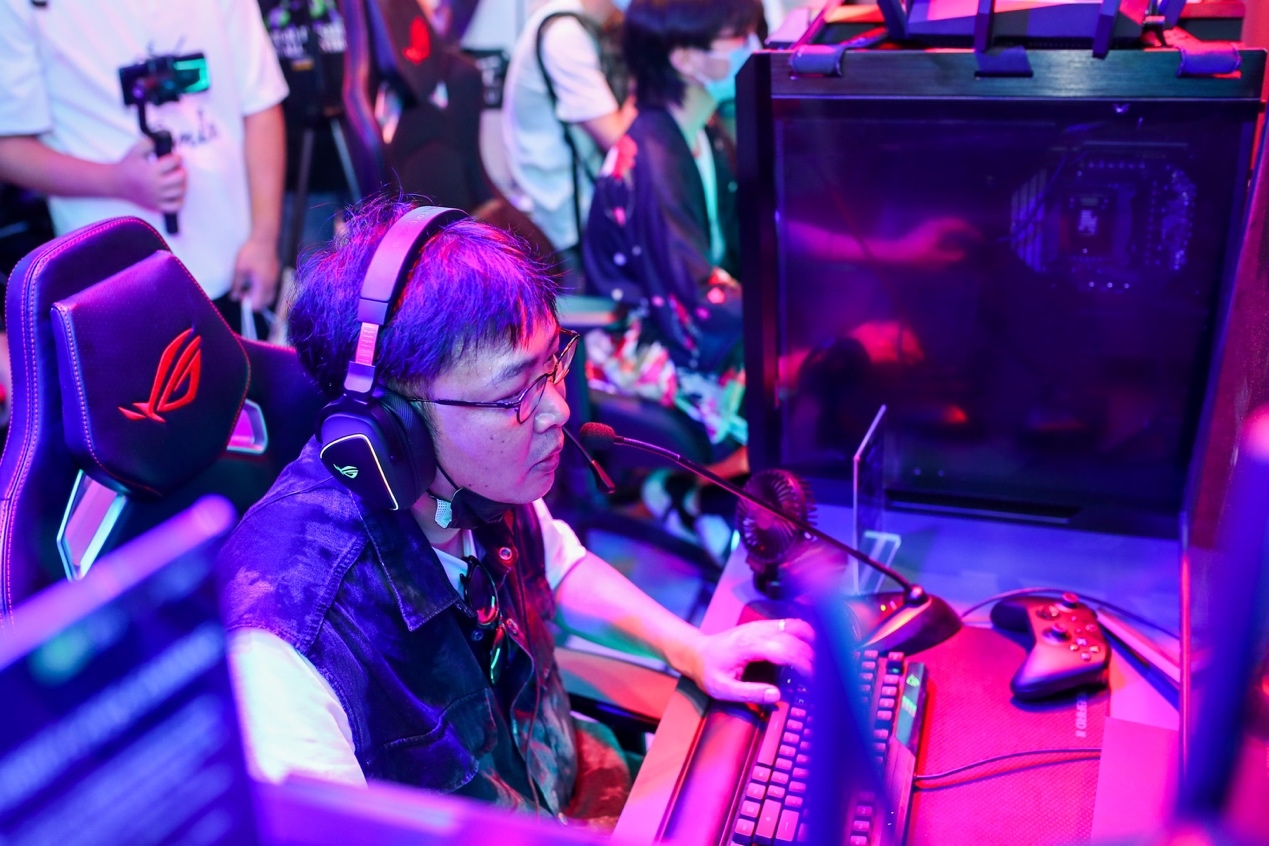 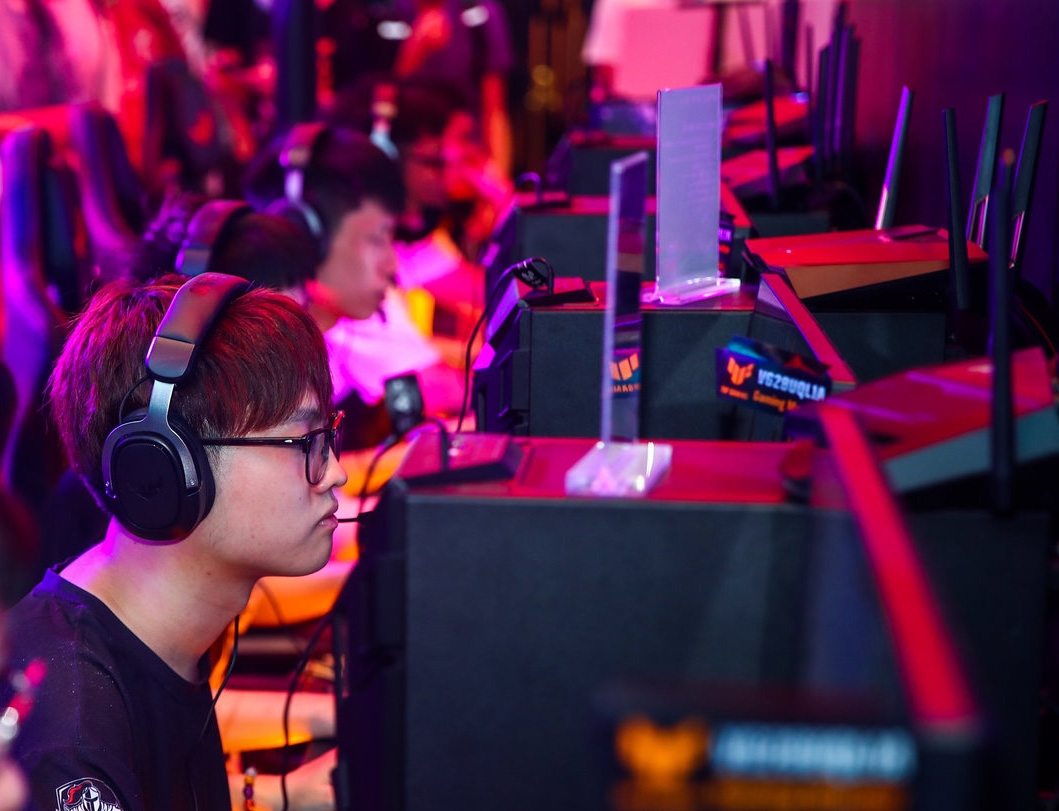 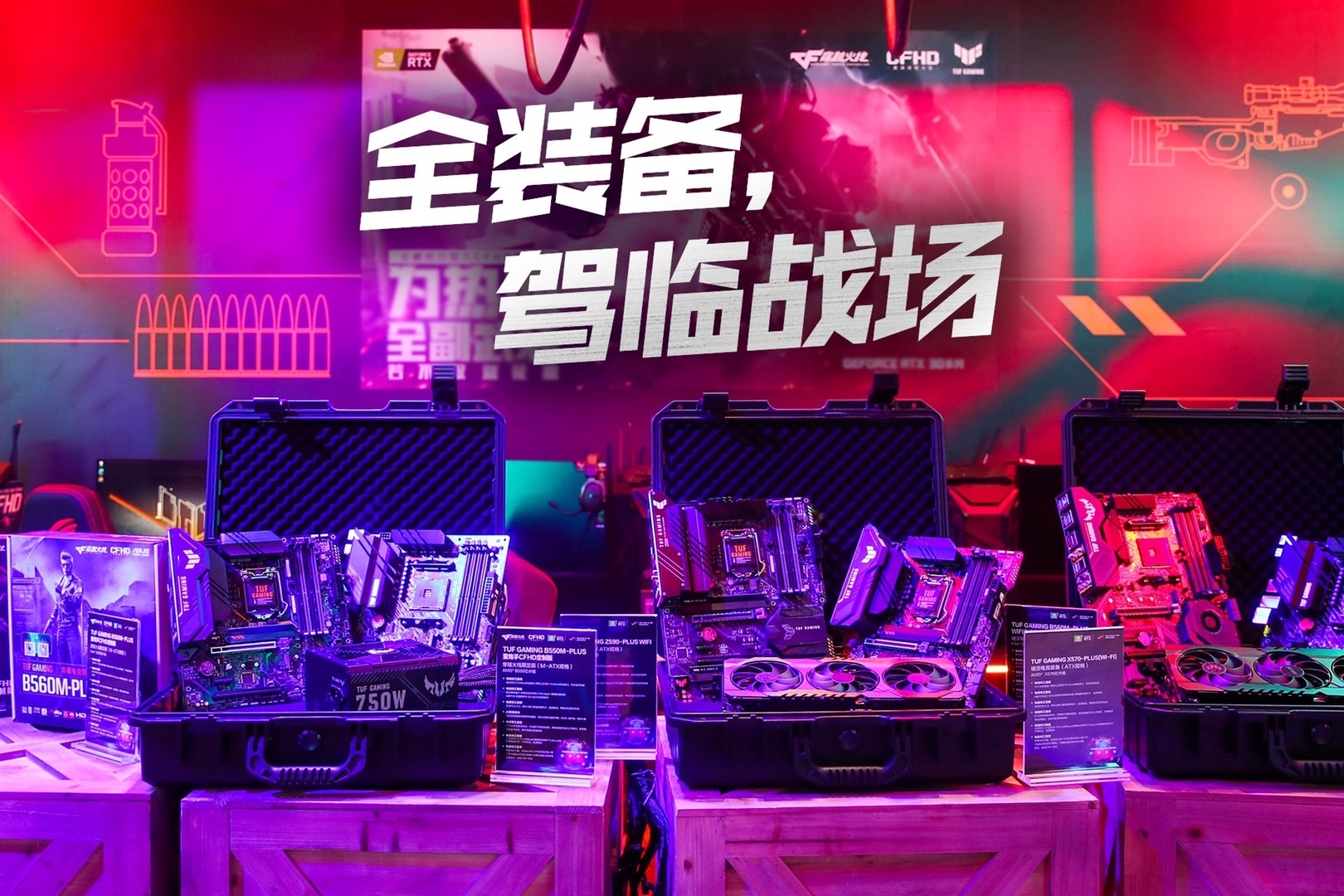 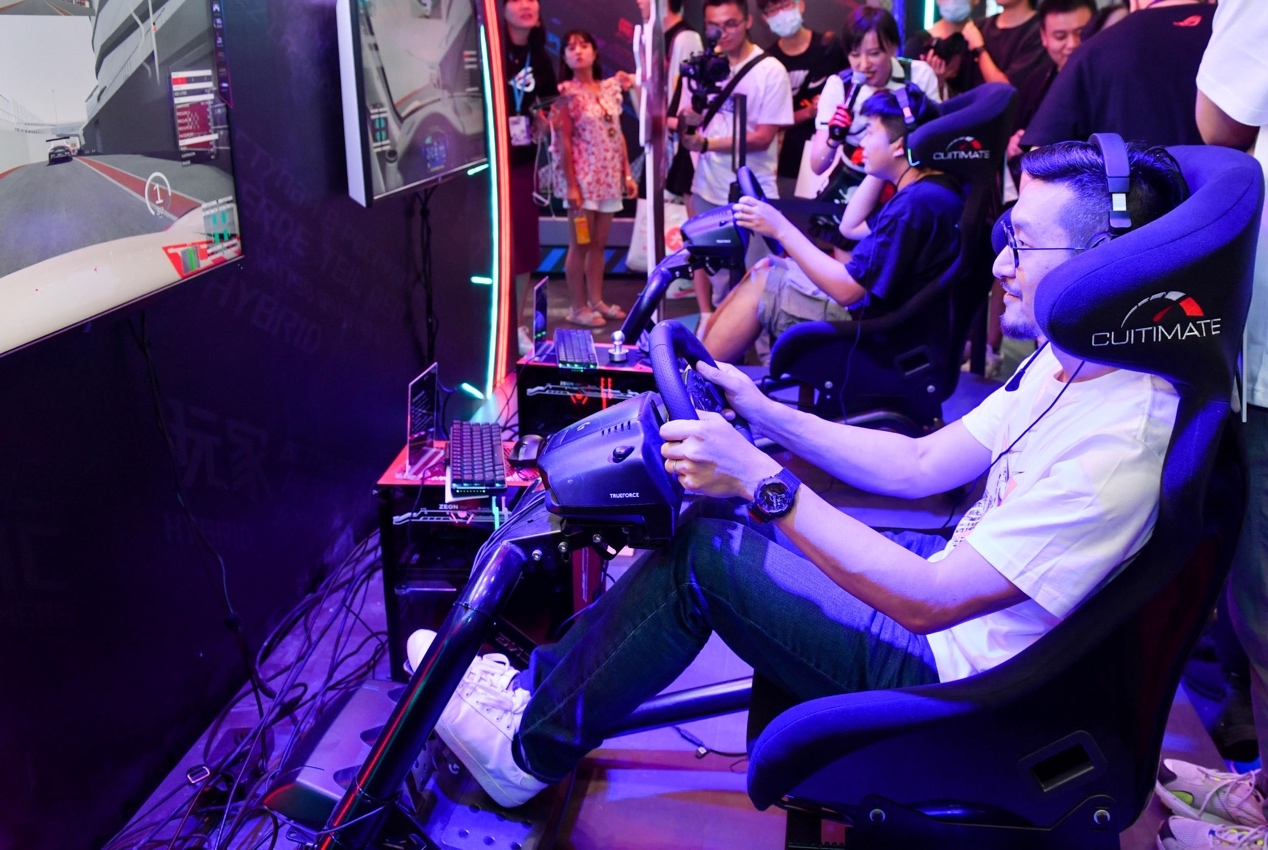 On the afternoon of July 9, the well-known game up host @ Lao Dai presented a live commentary of biochemical crisis 8 in the steam 3A experience area, and led the fans to try out the popular hot tour. The double tour was wonderful! At the same time, during BW 2021, players can also enjoy many 3A masterpieces, such as cyberpunk 2077, Tomb Raider and so on, through the high-performance Rog E-sports equipment on site, to gain a better sense of game experience. 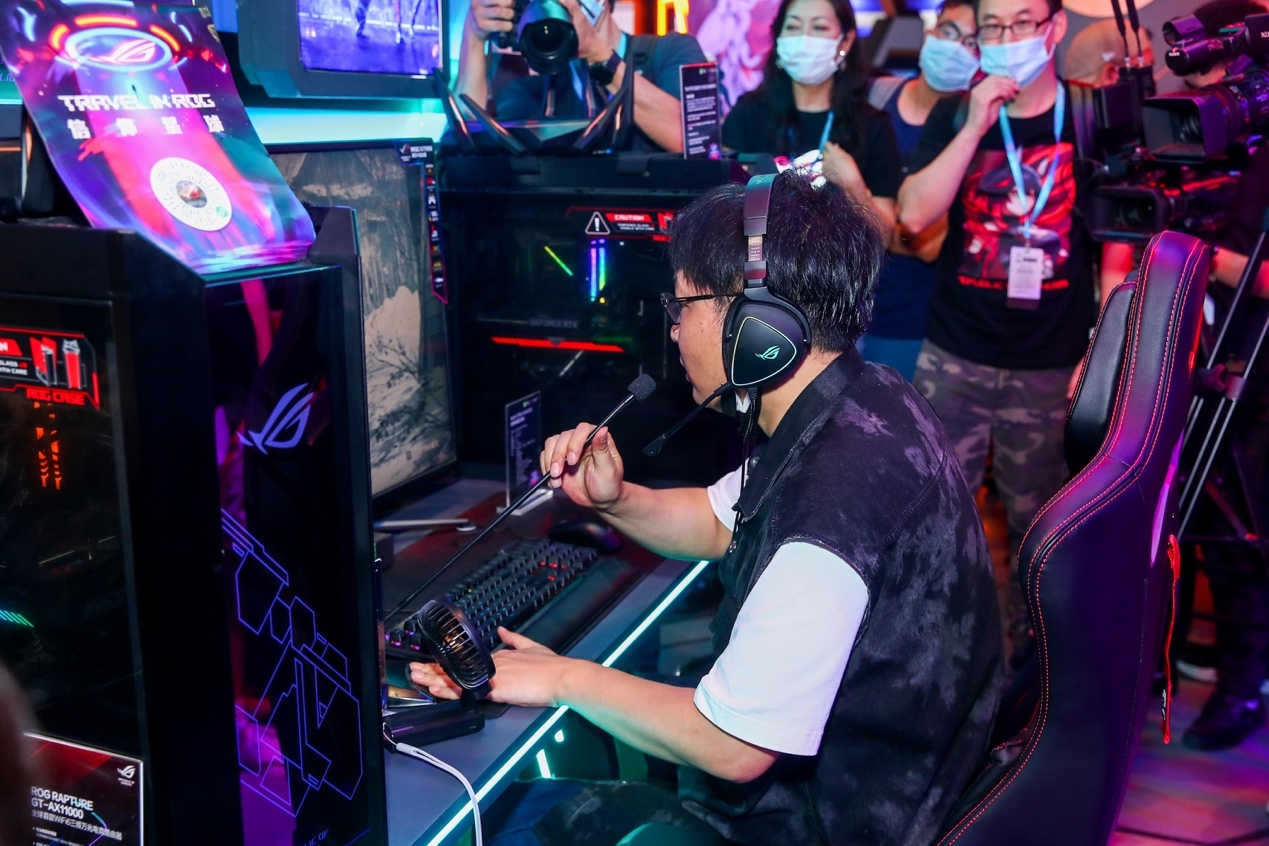 The experience machine of steam 3A game area of Rog belief planet is also the main board of Rog M13h, monster power supply module and perfect cooling solution, which can give full play to the game performance of processor. With AI intelligent optimization 2.0 and a series of electronic competition efficiency technologies, the live players can enjoy the immersive game experience.

In addition, up owners of geekerwan, kutejun, maoshen chili sauce and other well-known games in Geek bay also parachuted to the scene of Rog belief planet to play interactive games with fans.

The dream home of up station creators

As a sub brand created by ASUS for content creators, proart is highly praised, so it can't be absent. Rog belief planet has elaborately built a proart theme room and prepared a number of efficient production tools for designers. It can be said that it is an ideal home for creators. 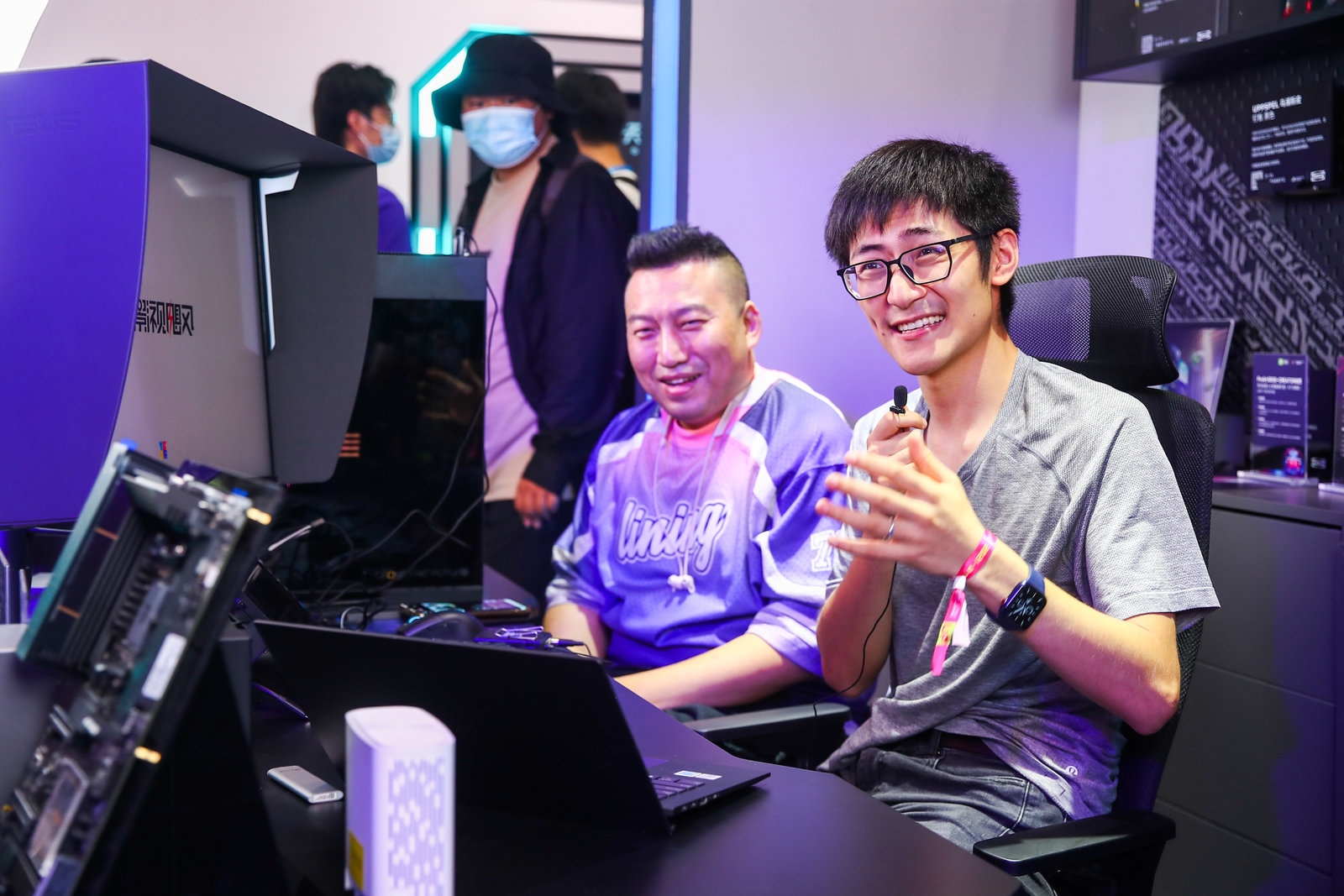 The well-known up main @ movie hurricane Tim and @ ancient installation ape also demonstrated live broadcast, video production and editing skills through asus's proart creation country series equipment. As an excellent tool for designers and other content creators to show their creativity, whether it is the ultra-high image quality of the live studio output or the smooth performance in the video production process, it shows the high-energy strength of the proart creative country series equipment. At the same time, the furniture series of tables and chairs launched by Rog and IKEA have become a highlight of the proart creative solution. 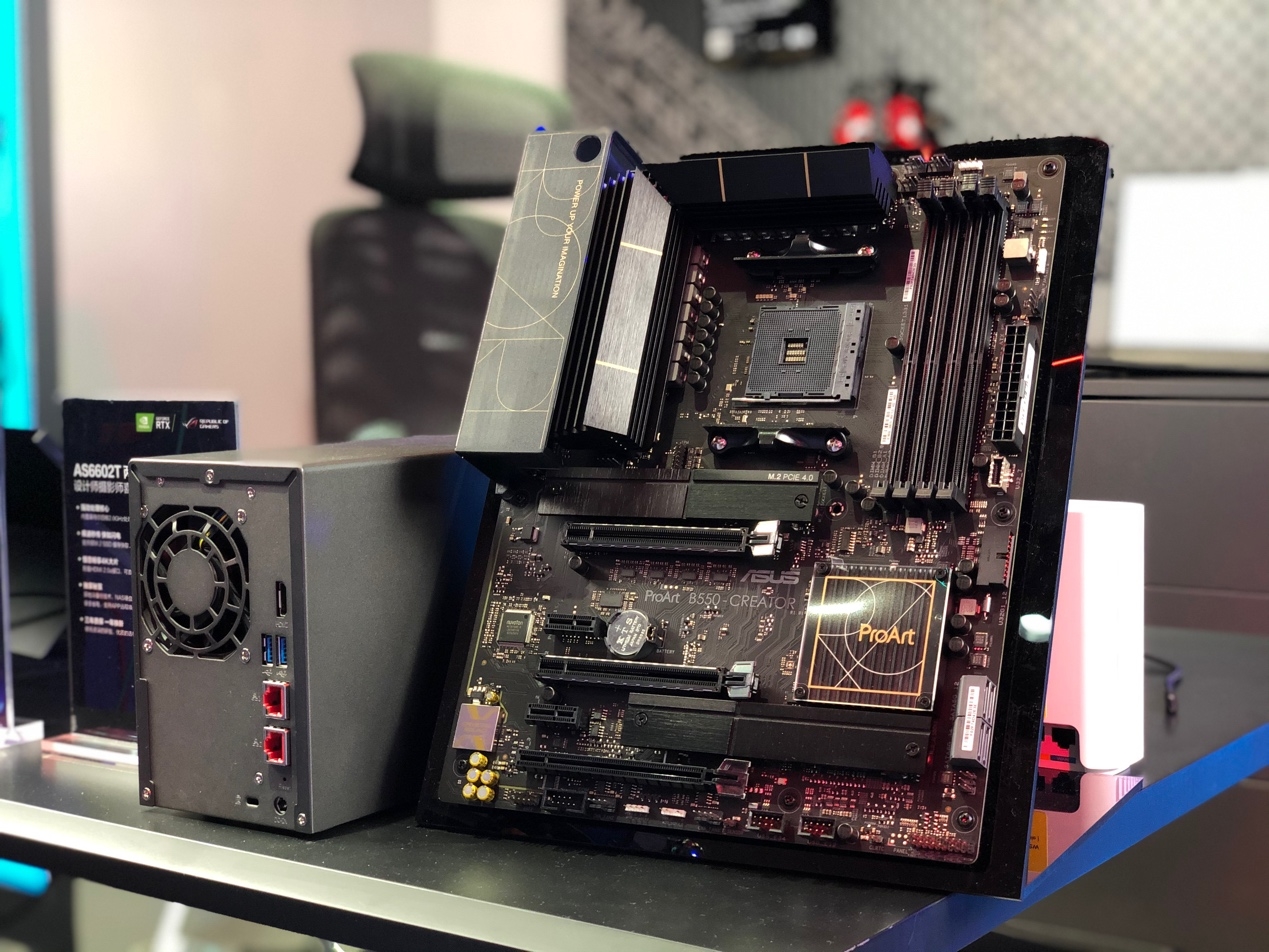 Among them, the PA designer host based on proart b550 creator motherboard is particularly eye-catching. This motherboard is specially designed for content creators. As the nuclear power, powerful power supply and efficient cooling solution of this host, its performance has soared and productivity has been improved. In particular, there are two 40Gbps lightning 4 type-C interfaces on board, which support dp1.4, and can connect two 4K or one 8K displays at the same time, making creation faster and more convenient. Support ASUS control center express and creationfirst creative focus mode, optimize the creative experience, improve the security of works, and easily cope with multi task creative needs.

Gather buff energy to get around 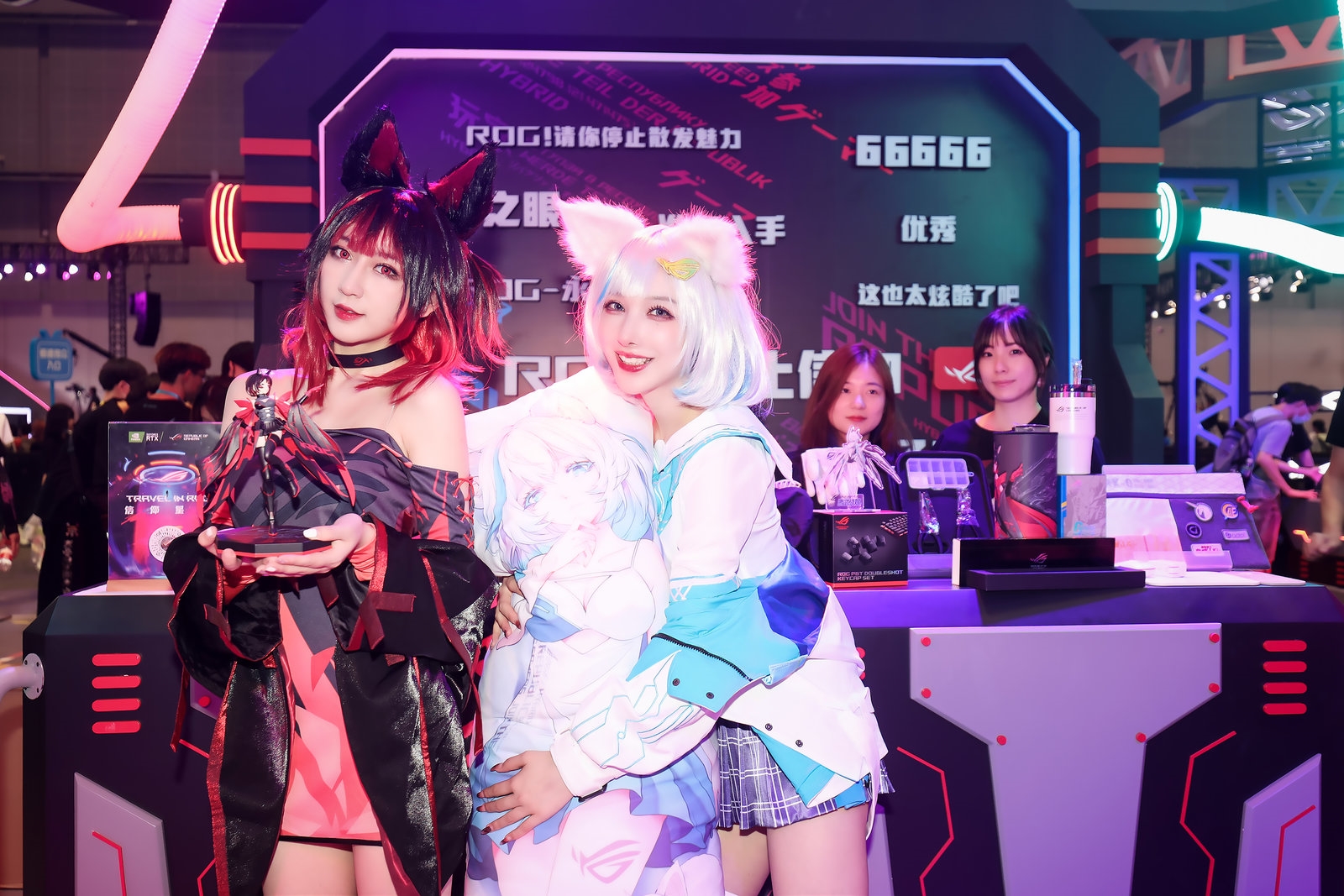 ASUS motherboard always adheres to the concept of perfection, ingenuity and almost exacting, and brings the ultimate uncompromising excellent products to the players. The appearance of bw2021, ASUS's top IP joint brand new E-sports equipment, and a number of interactive experience activities provided by Rog belief planet not only make the players get a better tour experience during the three-day exhibition, but also confirm that ASUS is a brand that keeps up with the trend and always keeps young and enthusiastic!

Related news
After being banned in India, ASUS announced that ZenFone 6 has been renamed ASUS 6Z
ASUS motherboard explodes bw2021 Rog
Hot news this week
Biden signed a chip and scientific bill, a video call of WeChat iOS internal test suspension window, the advanced CPU caused Win11 to be difficult to use, Huawei new machines enter...
How to regulate the "broken card" operation to crack down on electrical fraud to prevent "accidental injuries" with cards?
Musk's eyes! Lei Jun released a full -size humanoid robot Xiaomi self -developed strength explosion table
Japan has confirmed that China has overtaken the US for the first time in the world's top three indicators of scientific papers
iPad 10 will be absent from iPhone 14 conference: October appeared on Apple's last non -comprehensive tablet tablet!
Kuaishou TOB business Yu Bing: Self -developed chips or mass production after the end of the year, the video must be turned into light industry
The three major indexes of the US stocks opened sharply: ROBLOX fell more than 4%, Twitter and Tesla rose more than 3%
The global streaming media have increased the animation circuit is becoming a new "breakthrough" for Youaiteng
After selling Tesla for $6.9 billion, Musk said he was not selling it, but a survey said he was still selling it. The title of the world's richest man may not be guaranteed next ye...
Meizu Pandaer Great: All products are reduced by 200 and 30 -containing mobile phone cases, heat dissipation back clamps
The most popular news this week
Pet dog infecting monkey acne suspected "Human Poor" American CDC Reform Control Guide
Space Launch System to Fly for First Time
Tencent's second-quarter net profit fell 56% from a year earlier to 18.6 billion yuan
Fabless customers cut back on chip orders affecting Q4 capacity utilization
Washington's suspicion of TIKTOK exacerbated: How will the Bayeon government weigh it?
Pinduoduo launched its cross-border e-commerce platform in the United States in September
Put an SSD in your phone: from 2,499 yuan
China's largest general purpose drone! The first five flights were successful
IPhone 14 to be released alongside Huawei Mate 50: Which bangs do you choose?
Tencent's agent of the Russian war online game announced the suspension: Customs Customs in October