Today, Ding Lei, CEO of Netease, released the news of Netease cloud music and shared the classic music "I am justice" of Diablo series. At the same time, he said that "Diablo: immortality" is about to be tested, so we need to add some code to let more players join the test.

Players will experience a period that takes place in a place of refugeA new story between Diablo 2: the king of destruction and Diablo 3 frustrates scahn's plot to revive Diablo, the king of fear.

It is understood that "Diablo: immortality" is a hand game masterpiece jointly developed by Blizzard and NetEase.

The official said that in Diablo: immortality, the depiction of the magnificent westmar wall and the nine open world regions perfectly restores the unique dark Gothic style, and the skin texture and sweat on the character's face are all refined. Each monster will have different special effects after being defeated in the battle.

Using TAA and MSAA technologies,Moreover, the image quality of the mobile terminal is comparable to that of the host, which brings better immersion experience for players.

It is worth mentioning that this evening, Netease cloud music official micro announced that it will join hands with "Diablo: immortality" to strive for great welfare for the cloud village warriors. 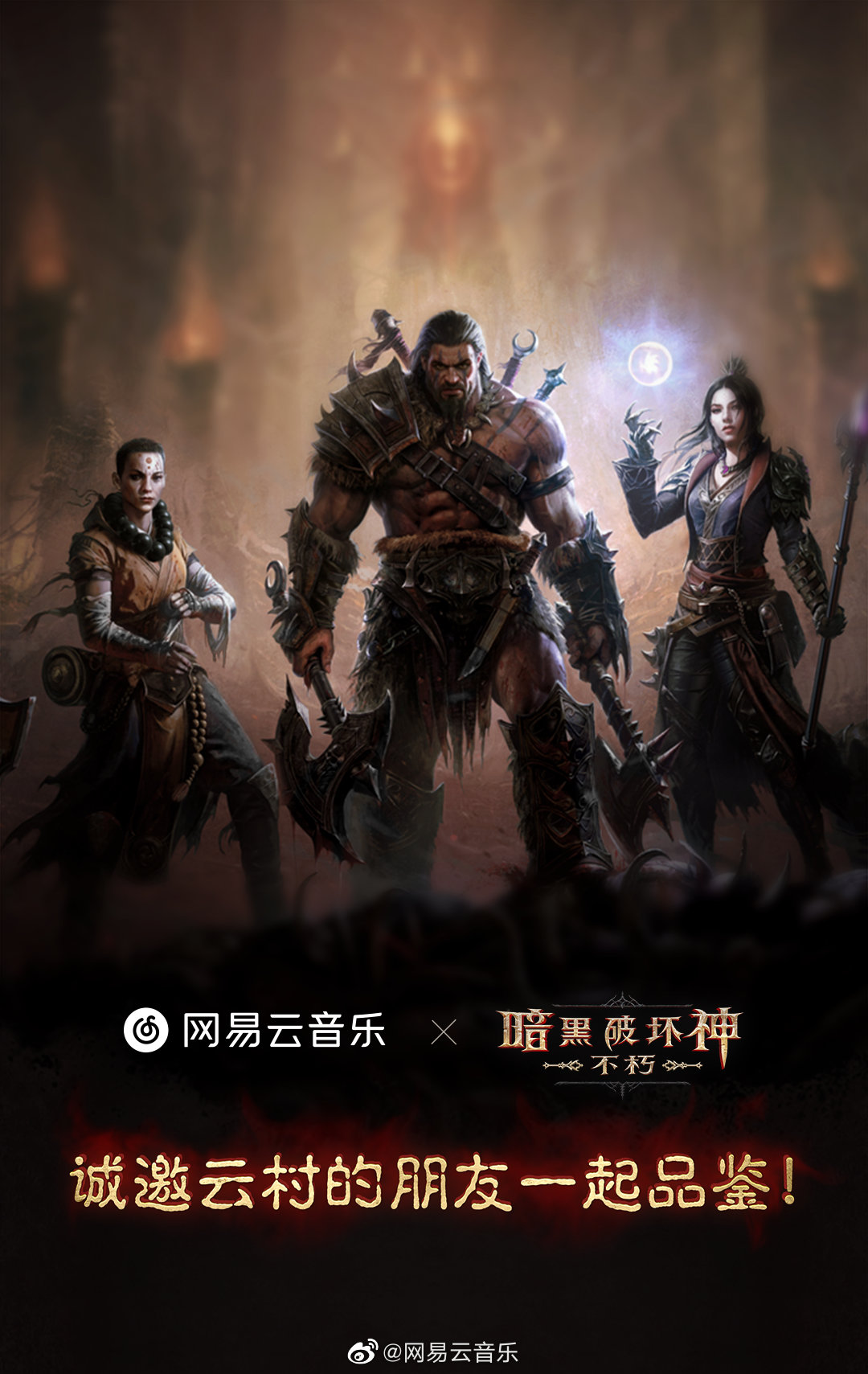