India's high play memory overclocking "bravely breaks" the world's first record at 9ghz, only keeping it for one hour

In the global PC overclocking activities, the main overclocking experts are often from Europe, the United States and China, and India's overclocking players rarely have the chance to break the record. However, in the past two days, an Indian high player pushed the DDR4 memory overclocking record to 9ghz. Unfortunately, the world record was only kept for one hour.

Indian overclocking player dump [8ksta1] recently submitted a new overclocking result. He used the sharp dragon 5 Pro 4650g processor to overclock the memory to 4524mhz, equivalent to 9049mhz. You should know that the previous record was no more than 3600MHz, equivalent to 7.2ghz,Indian players have raised the upper limit to the limit of ddr5 by themselves (some companies have previously said that they will develop 10GHz ddr5 memory).

This record was also recorded by hwbot. However, No.1 of this score was only kept for one hour, because it was actually a bug,The memory frequency of his overclocking is not equivalent to 9ghz. In fact, the basic frequency is 2262mhz, equivalent to 4524mhz. This record, for example, is far from the world record. 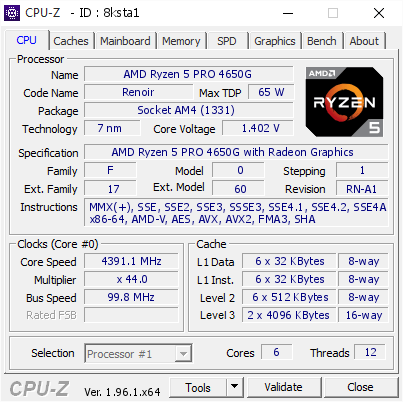 Related news
Maybe next year you'll get an iPhone 12 labeled "made in India."
Does 3A platform have performance bonus? Analysis of AMD smart access memory technology
Firefox Firefox 83 official release :15% increase in page loading into HTTPS-only mode
AMD will help NVIDIA GPU introduce smart access memory
NVIDIA responds to AMD's smart access memory with its own GPU direct access technology
India's high play memory overclocking "bravely breaks" the world's first record at 9ghz, only keeping it for one hour
Semicon India plans to launch in late April
Hot news this week
How much is 4G than 5G! Huawei Mate50 network speed detailed measurement 6799 yuan to buy explosion money?
Female graduate students leave school to give birth to the hot debate is hype? The husband has set up a webcast company
It's hard to find a machine! Huawei Mate50's first sales: oxen can not buy the price of 10,000 yuan to grab the price
Huawei City's proportion is the first! Survey: Northerners love to use folding screens more than southerners
Our global car he is a special car for China! Saic Volkswagen and FAW-Volkswagen are fighting each other
Chongqing Xiaomi Consumer Finance Co LTD has been fined 500,000 yuan for misappropriating consumer loan funds
Are they really aliens? The US Navy confirms there are multiple UFO videos: but they cannot be made public
The second phase of the main structure of Xiaomi intelligent factory is completed to see the delivery at the end of next year
In order to change the iPhone 14: Women's net red sells old phones and comes with a large number of private photos
"Sheep a sheep" fire, is expected to attract hundreds of millions of financing? But it doesn't have a license...
The most popular news this week
Tencent plus code network ride-hailing wechat Jiugong grid added T3 taxi level entry
Q2 Latin American PC shipments fell 6% YOY: Lenovo, HP, Dell, Acer, Asus top 5
Microsoft China appointed Yuan Xin as the president of China
0 sugar good drink not afraid of fat a bag of calories than apple also low! Huahua cow yoghurt big promotion
Self-research algorithm! Tencent issued a new hearing aid: thousand yuan level alignment ten thousand yuan import standards
New Japanese brand release: Like IP14, it is heavy but plugged into the 5050mAh battery
Baidu Ping Xiaoli: The repurchase rate of users on Baidu App reached 60%, and the daily inquiries exceeded 4 million
Tencent has applied to register multiple preferred trademarks for wechat
Global unicorns suffer 'decade of pain'
Here comes the pixel king of Xiaomi! Lei Jun heralds the debut of a new video flagship