Behind Xiaomi's surpassing Apple's ranking second in the world: Huawei's share in Europe has almost disappeared

Early this morning, Xiaomi quoted the second quarter global smartphone market share report of canalys, a research company, as saying that Xiaomi had a 17% market share, surpassing apple in smartphone sales and ranking second in the world.

This is an unprecedented achievement for Xiaomi. Congratulations. Lei Jun also said in the open letter that we are standing at such a high level for the first time, and we will face fierce and anxious tug of war in the future. Compared with the current celebration, I hope that we can really become the second in the world as soon as possible.

There are many reasons why Xiaomi won the second place in the world. One of them can't be ignored,Huawei has to withdraw from the global mobile phone market for well-known reasons, especially in Europe.

Recently, the website of gizmochina published an article about this change. As there is no data for Q2, they quoted the Q1 European mobile phone sales report released by counterpoint research as follows: 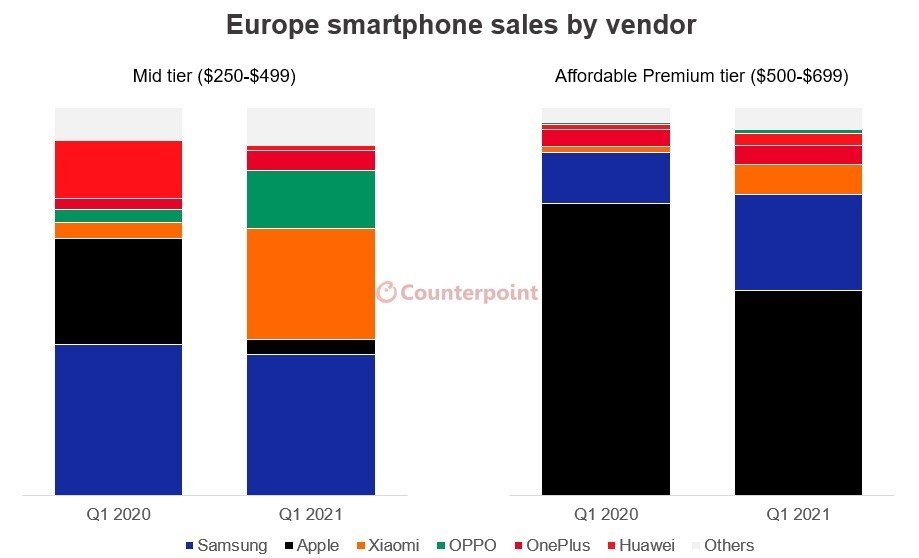 According to the original text, Huawei's withdrawal also gives room for other domestic mobile phones to grow,Oppo, vivo, Xiaomi and other brands are seeking steady strategies to enter the middle and high-end market segments of 5g mobile phones in Europe through some flagship products.

Of course, Samsung and apple are still leaders in the European 5g market, and domestic manufacturers need to refuel. 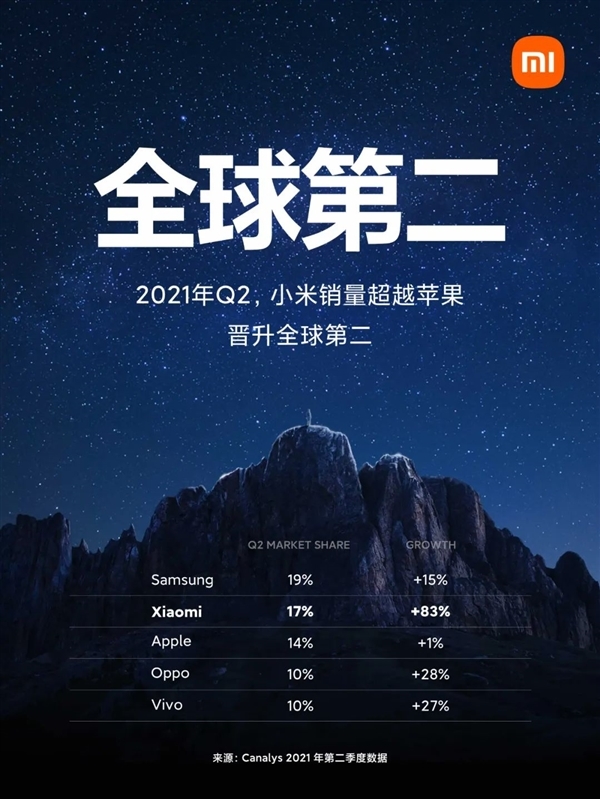 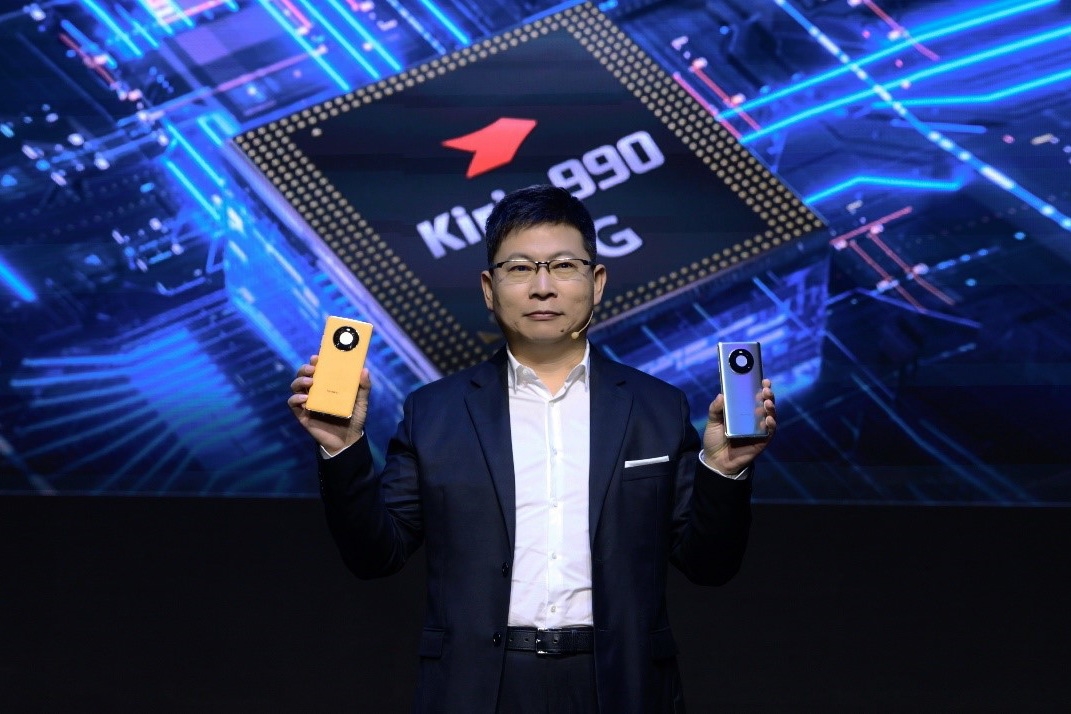 Related news
Apple Watch S4 ECG Function is about to land in Canada
Hot news this week
How much is 4G than 5G! Huawei Mate50 network speed detailed measurement 6799 yuan to buy explosion money?
Female graduate students leave school to give birth to the hot debate is hype? The husband has set up a webcast company
It's hard to find a machine! Huawei Mate50's first sales: oxen can not buy the price of 10,000 yuan to grab the price
Huawei City's proportion is the first! Survey: Northerners love to use folding screens more than southerners
Our global car he is a special car for China! Saic Volkswagen and FAW-Volkswagen are fighting each other
Chongqing Xiaomi Consumer Finance Co LTD has been fined 500,000 yuan for misappropriating consumer loan funds
Are they really aliens? The US Navy confirms there are multiple UFO videos: but they cannot be made public
The second phase of the main structure of Xiaomi intelligent factory is completed to see the delivery at the end of next year
In order to change the iPhone 14: Women's net red sells old phones and comes with a large number of private photos
"Sheep a sheep" fire, is expected to attract hundreds of millions of financing? But it doesn't have a license...
The most popular news this week
Tencent plus code network ride-hailing wechat Jiugong grid added T3 taxi level entry
Q2 Latin American PC shipments fell 6% YOY: Lenovo, HP, Dell, Acer, Asus top 5
Microsoft China appointed Yuan Xin as the president of China
0 sugar good drink not afraid of fat a bag of calories than apple also low! Huahua cow yoghurt big promotion
Self-research algorithm! Tencent issued a new hearing aid: thousand yuan level alignment ten thousand yuan import standards
New Japanese brand release: Like IP14, it is heavy but plugged into the 5050mAh battery
Baidu Ping Xiaoli: The repurchase rate of users on Baidu App reached 60%, and the daily inquiries exceeded 4 million
Tencent has applied to register multiple preferred trademarks for wechat
Global unicorns suffer 'decade of pain'
Here comes the pixel king of Xiaomi! Lei Jun heralds the debut of a new video flagship