The sharp dragon processor is more and more expensive, amd Q2 is making a big profit: the gross profit rate can reach 48%

In the second half of this year, the global semiconductor industry has encountered the problems of tight production capacity, shortage and rising prices. However, for AMD, the past Q2 quarter will undoubtedly be a bumper harvest. The ASP average prices of sharp dragon, Xiaolong and radon graphics cards will increase, and the gross profit rate is expected to reach a record level of 48%.

AMD will release its Q2 results on July 27, with a week to go, but financial analysts on Wall Street generally believe that AMD's strong performance in the quarter will exceed the previously announced revenue guidelines.

The high gross margin means that AMD's ability to raise money is improved. The main reason is that AMD high-end products are coming up, especially the latest dragon Series 5000, and the average price of ASP is more than before. The 5 5600X of the 6 core of the former netizen Tucao make complaints about more than 2000, which is also the key to the improvement of AMD gross margin. 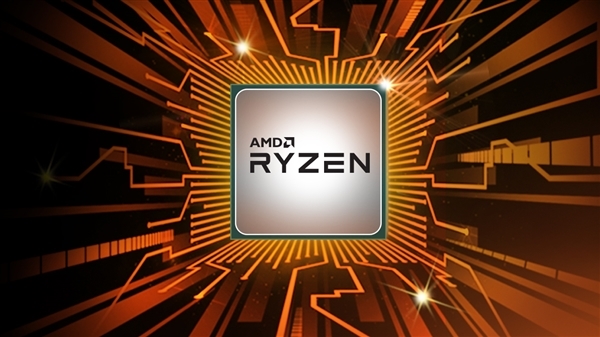 Related news
AMD will release Q2 quarterly financial report: zen2 is about to set a record, zen3 will take over in the second half of the year
Why did Tesla Q2 outperform expectations?
Q2 financial report beyond expectations, stock price falls, Intel's "core business" under attack?
The sharp dragon processor is more and more expensive, amd Q2 is making a big profit: the gross profit rate can reach 48%
AMD, a big CPU seller, released Q2 earnings: Profit jumped 119%
Hot news this week
During the quarter, we signed a multi-year intellectual property patent licensing agreement with a major licensee. This positive result enables us to obtain more 5G patent licensin...
Win10 digital version will be discontinued: free whitewash is still available Microsoft has not been under the dead hand for 7 years
Microsoft posted $17.4 billion in non-GAAP net income on revenue of $52.7 billion in the second quarter of fiscal 2023
YouTube complained about: using offline return-to-work policy to illegally block contract workers from unionizing
India receives Radio Signals from Galaxies 9 billion light-years Away Astronomers: Aliens not involved
Beautiful country semiconductor ushered in the winter, US high enterprises inverted, our country market doesn't buy it!
Cybertruck skipped tickets again! Mass production of Tesla electric pickup truck will not wait until 2024.
Apple will relax measures to deal with COVID-19 's epidemic and encourage employees to go back to work
Huawei P60 Pro latest configuration chart revealed: variable aperture and satellite communications are on the list
Intel: 14 generations of Core in the second half of the year, and build a new architecture from zero next year.
The most popular news this week
ChatGPT after global explosion: Baidu announces similar AI service to be launched in March
Lei Jun announced the first major event at the beginning of the year: it is critical to Xiaomi!
Carry the cauldron! Three out of ten divorces are linked to one partner's addiction to their mobile phone, research suggests
The iPhone is No. 1 in China! Why do people prefer Apple to Android?
China develops starch and protein synthesis technology for corn stover: Costs drop dramatically
Technology tree point crooked? Toyota's new patent: hold the door handle can be sterilized
Eight satellites in eight hours! China rushed to Venezuela's relief efforts
Apple bet on mixed reality, but the selling point of the product is not enough.
Baidu is reported to launch an AI chat robot service similar to ChatGPT in March this year.
The most powerful SSD becomes the last song Intel retired Aoteng hard disk: 6 years of performance is still leading