Different from the European and American markets, the number of domestic online game players is far more than that of single game players. Therefore, for domestic players, it is more practical to test and compare the frame rate performance of online games.

Previously, we have compared the online game performance of Lenovo Savior r9000 and y9000p. In the face of the same level of sharp dragon 7 5800h, i7-11800h can overwhelmingly defeat the opponent, and the frame rate is so much ahead that people have the illusion that they are not products of the same era. 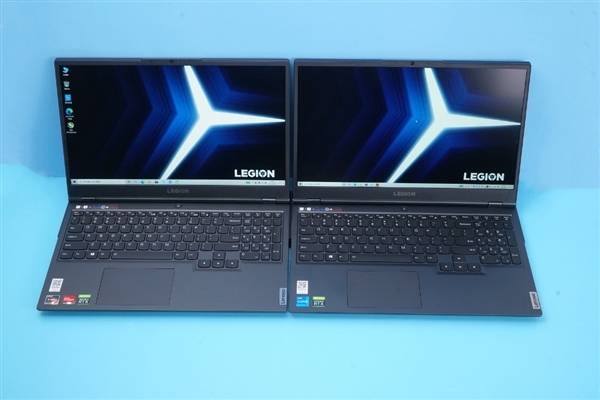 The following are the specifications of the two processors: 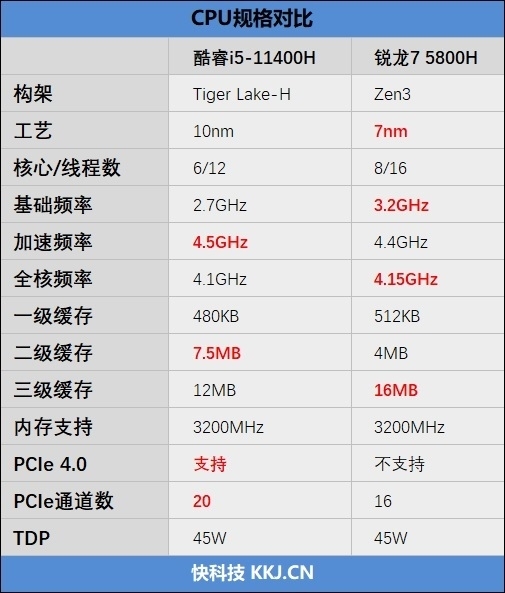 For online games, the more the number of players on the same screen, the more the amount of data computation and transmission will increase geometrically, which will cause huge pressure on the three-level cache and memory. When the third level cache capacity is not enough, resulting in a large amount of data to be directly fetched from memory by CPU, the minimum frame rate of the game will drop precipitously.

However, we know that processors with different architectures cannot directly compare the cache capacity. For example, the online game performance of the Reebok 5 1500x, which also has 8MB L3 cache capacity, is still much worse than that of the i7-7700k.

Therefore, i5-11400h and sharp dragon 7 5800h in the performance of online games which is strong or weak is really hard to say, only through the actual test can get the desired results!

Here are the screenshots of the two notebook gpu-z: 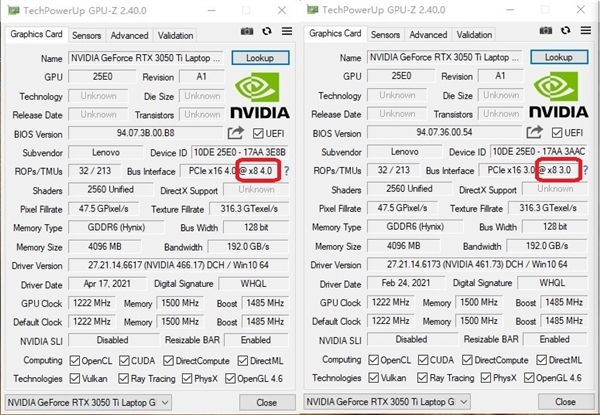 The power consumption of GPU of the other two laptops is 95w after the beast mode is turned on.

Next, we tested the heat dissipation ability of the notebook in beast mode: 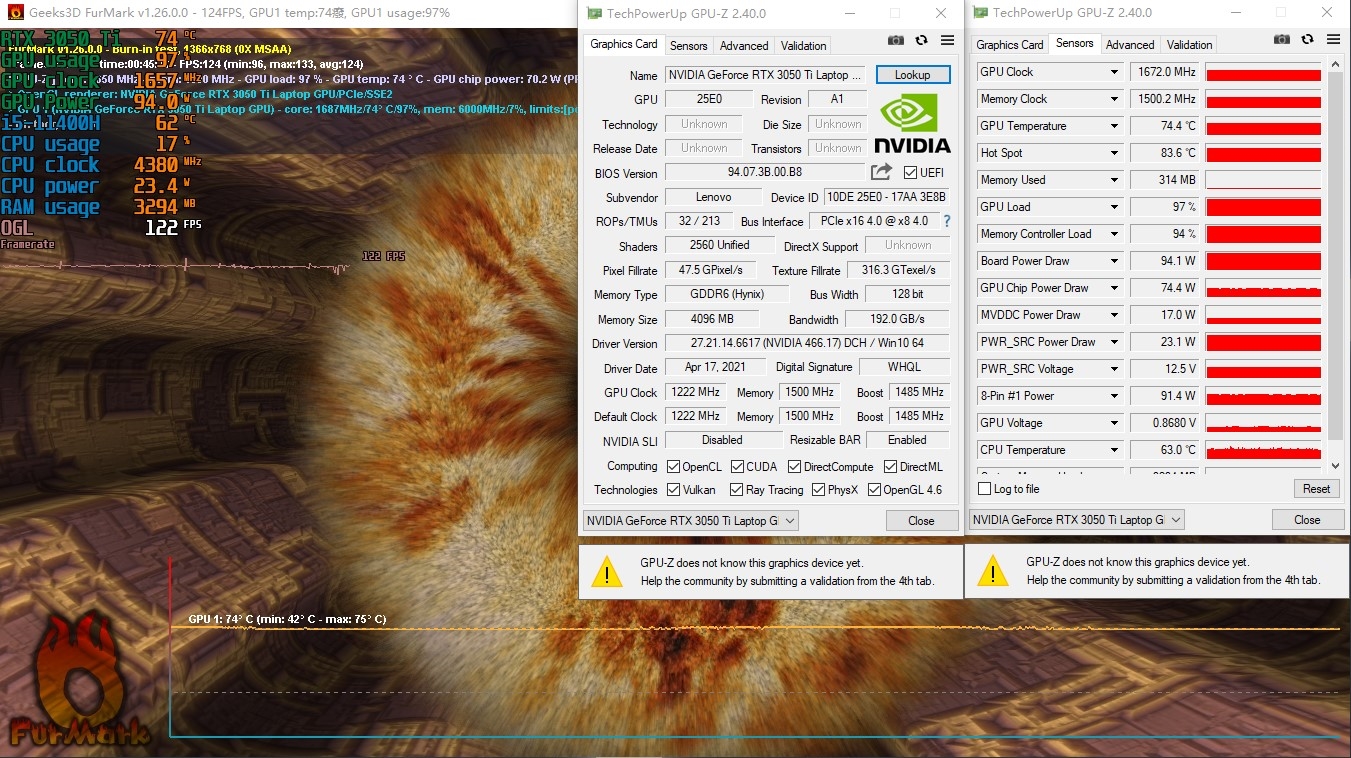 This is the rescuer y7000p. After running Furmark for 45 minutes, the power consumption of the processor is 94w and the temperature is 74.4 degrees. 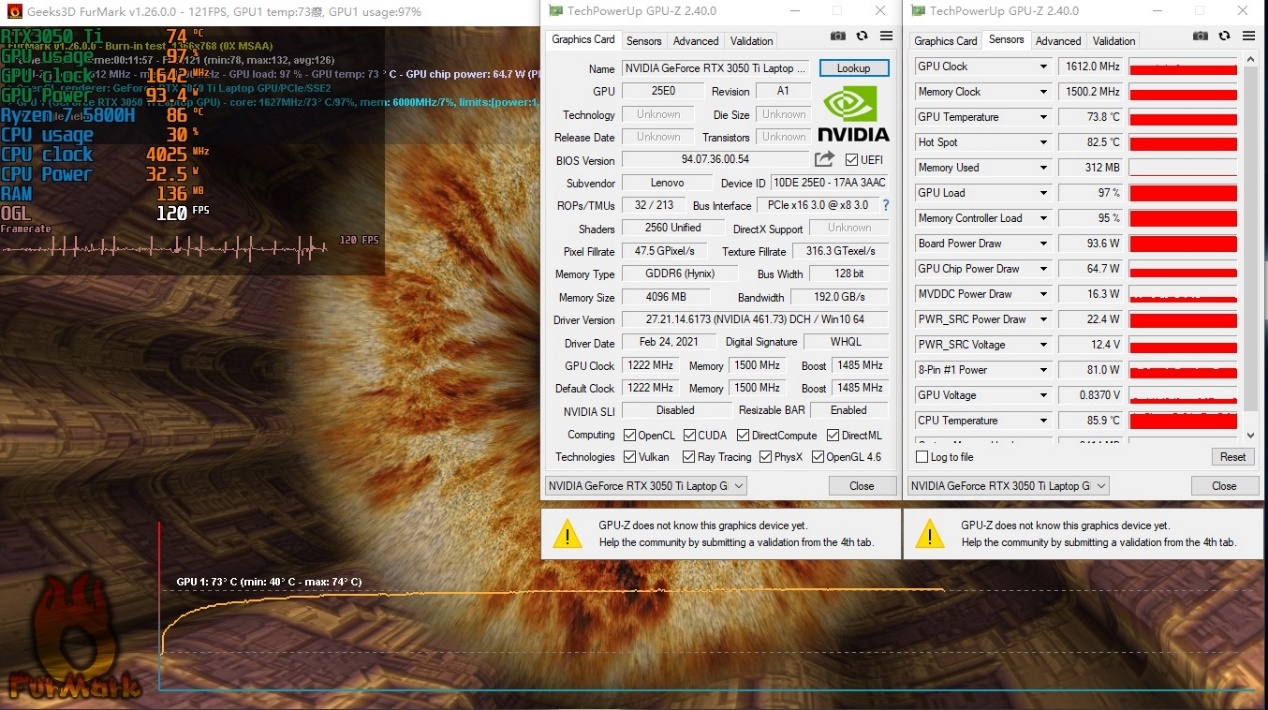 This is the rescuer r7000p. After running Furmark for 25 minutes, the power consumption of the processor is 93.6w and the temperature is 73.8c.

From the toaster test, we can see that not only the GPU models and specifications of the two laptops are the same, but also the heat dissipation capacity is very close. Therefore, this test is conducted under relatively fair conditions.