Although the official version of windows 11 will not be available until October this year at least, if you join the windows insider channel now, you can download the win11 upgrade. Now, NVIDIA and Intel are pushing new graphics drivers to insider users, which improves the overall performance of win11. 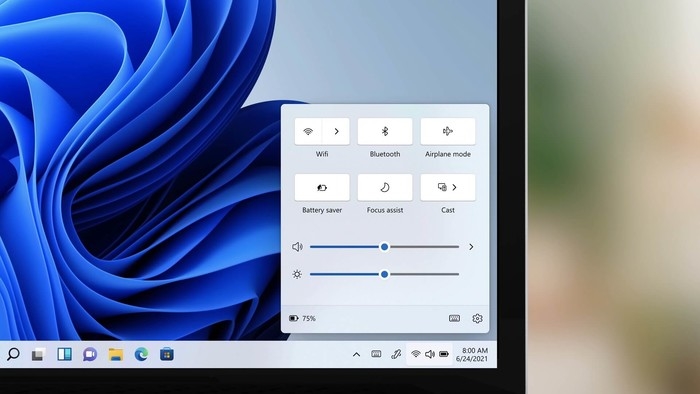 According to some reports, windows 11 has entered the RTM stage, and the core has been built, but it is still under test. Microsoft will do more work to make win11 more improved in the build 22000 official version.

NVIDIA said that after geforce game ready and studio version of 470 driver, it has started to introduce support for windows 11.

In addition, although NVIDIA 471.41 driver mainly provides win11 support, it seems to bring another improvement. According to user feedback, after upgrading the driver, the display of the device has been improved from 8-bit to 10 bit, which can bring smoother color transition.

In addition to supporting win11, NVIDIA's driver has also improved its support for RTX games, such as wild escort 2, which will benefit all of us.

In addition, NVIDIA has added support for new models of game displays, and geforce experience software has optimized the game settings.

So how to download the latest version of geforce 471.41 driver? It's the same as before.

If you want to update Intel's win11 driver, you can upgrade it through Intel's official support assistant tool. In addition, you can also clickhere, go to the Intel website to download the update.

Windows has always been the most suitable PC system for games. Win11 has changed a lot on the basis of the previous work. For example, win11 supports features such as automatic HDR and directstorage, which can bring better game experience to PC.

Let's talk about automatic HDR, a feature that has already appeared in Xbox series X / s.

As the name says, automatic HDR can make DirectX 11 and DirectX 12 games that only support SDR automatically improve their color and brightness through HDR. As long as the player has the right monitor, the old game will also get obvious visual improvement through HDR.

In addition to automatic HDR,Microsoft has also brought directstorage API in win11, which enables the video memory to directly read the data from the hard disk. It can significantly improve the loading time, reduce the delay, and improve the image quality of new games using the API.

Generally speaking, win11 is very suitable for games. At present, the graphics driver has been adapted to win11 first. If you are a PC game player, you can continue to pay attention to this information.

Related news
Is win11 faster and stronger than win10? Win11 performance data exposure
Comparison between win10 and win11: win11 has higher hardware occupancy rate
Intel released 30.0.100.9684 graphics driver: win11 support, game no longer stuck
NVIDIA and Intel release win11 driver! Win11 game features exposed
New generation game artifact talk about win11 game features
Win11 new features at a glance! Taken on a new look
Is the card slow after upgrading Win11? Win11 has performance issues: Teach you to fix them
AMD/NV/Intel does not have to carry the pot Win11 system DX blue screen issue will be fixed
Game players are pit by Win11 2022: N card is very hurt AMD/Intel escaped
Game players pay attention to Win11 to close these two features: increased the frame number 5 frames
Hot news this week
During the quarter, we signed a multi-year intellectual property patent licensing agreement with a major licensee. This positive result enables us to obtain more 5G patent licensin...
Win10 digital version will be discontinued: free whitewash is still available Microsoft has not been under the dead hand for 7 years
Microsoft posted $17.4 billion in non-GAAP net income on revenue of $52.7 billion in the second quarter of fiscal 2023
YouTube complained about: using offline return-to-work policy to illegally block contract workers from unionizing
India receives Radio Signals from Galaxies 9 billion light-years Away Astronomers: Aliens not involved
Beautiful country semiconductor ushered in the winter, US high enterprises inverted, our country market doesn't buy it!
Cybertruck skipped tickets again! Mass production of Tesla electric pickup truck will not wait until 2024.
Apple will relax measures to deal with COVID-19 's epidemic and encourage employees to go back to work
Huawei P60 Pro latest configuration chart revealed: variable aperture and satellite communications are on the list
Intel: 14 generations of Core in the second half of the year, and build a new architecture from zero next year.
The most popular news this week
ChatGPT after global explosion: Baidu announces similar AI service to be launched in March
Lei Jun announced the first major event at the beginning of the year: it is critical to Xiaomi!
Carry the cauldron! Three out of ten divorces are linked to one partner's addiction to their mobile phone, research suggests
The iPhone is No. 1 in China! Why do people prefer Apple to Android?
China develops starch and protein synthesis technology for corn stover: Costs drop dramatically
Technology tree point crooked? Toyota's new patent: hold the door handle can be sterilized
Eight satellites in eight hours! China rushed to Venezuela's relief efforts
Apple bet on mixed reality, but the selling point of the product is not enough.
Baidu is reported to launch an AI chat robot service similar to ChatGPT in March this year.
The most powerful SSD becomes the last song Intel retired Aoteng hard disk: 6 years of performance is still leading