Lei Jun himself《 Xiaomi face-to-face meeting will be launched tomorrow night: it is expected to officially announce Xiaomi mix 4

On the morning of August 1, Lei Jun, CEO of Xiaomi, announced through his microblog: we have created a live video program "Xiaomi face-to-face meeting" for rice noodle friends, and intensively released the latest products, technologies and activities within half an hour. I will also take this opportunity to share some important information with you.

It is worth noting that according to some bloggers, the important information Lei Jun said this time,It may be that some information about the flagship of Xiaomi mix 4 will be released on this program.

According to previous news, Xiaomi will hold a press conference around mid August. The Xiaomi mix series, which has not been seen for many years, will return and be equipped with an off-screen camera model to further expand the real comprehensive screen of the mobile phone.

Based on the currently known information,Xiaomi mix 4 will be equipped with a 6.67-inch non perforated hyperboloid display provided by TCL Huaxing,However, due to the limitations of the off-screen front shooting technology, it is not equipped with 2K resolution as standard as Xiaomi 11 series, and only supports 1080p.

In terms of configuration, in addition to the ultimate screen exploration, Xiaomi mix4 will also have top performance,It is said that the machine will be equipped with Xiaolong 888 plus processor, which will also become the first Xiaolong 888 plus model listed in the world.

In addition, in terms of charging specifications, Xiaomi mix 4 will also bring a more top-level configuration. It is said that the machine will be equipped with 5000mAh super large battery, which should be similar to the silicon oxygen negative battery on Xiaomi 11 super large cupAt the same time, 120W wired fast charging and 70-80w wireless fast charging will be upgraded,It has become the highest specification fast charging model in the industry. 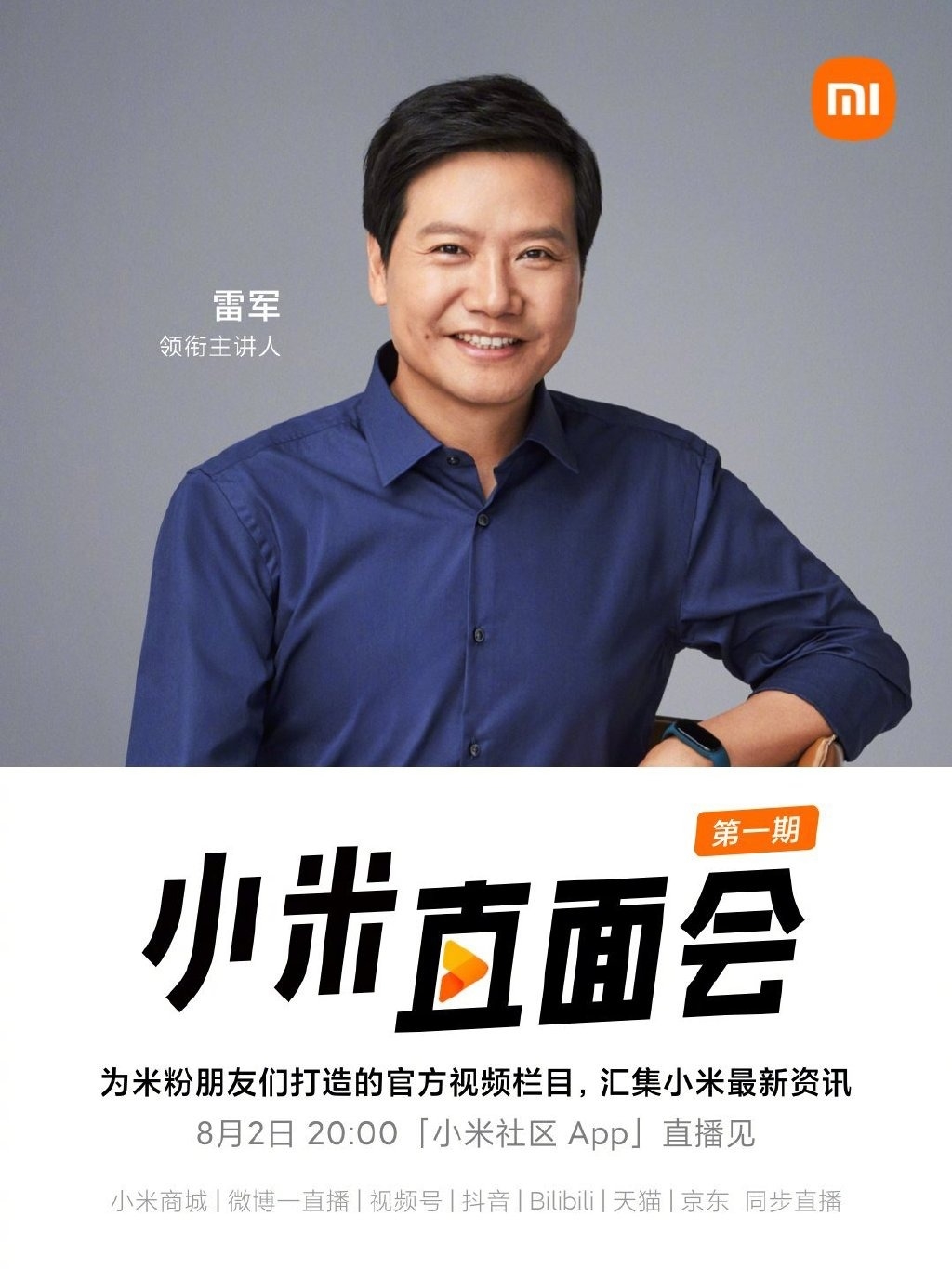 Related news
What's the big deal? Xiaomi mix 4, Xiaomi note 11 surprise show: or pre installed MIUI 13
Apart from Xiaomi mix 4, what did Lei Jun say at the dinner?
Lei Jun himself《 Xiaomi face-to-face meeting will be launched tomorrow night: it is expected to officially announce Xiaomi mix 4
Xiaomi mix4 and Xiaomi tablet 5 were released in August. Lei Jun confirmed that preheating will start tomorrow
What is the confidence to win the world's No. 1 Xiaomi in the next three years?
Xiaomi: Yang Qian became the spokesperson of Xiaomi Civi
Xiaomi will hold a special general meeting of shareholders to approve theXiaomi EV Talent Incentive Program
Hot news this week
Lu Jian, president of linkedin China, responded to rumors of the "closure of linkedin China" by saying that the company will increase its investment in China even if it does not reduce it
Samsung Motor announces end to flexible printed circuit board RFPCB business Without affecting iPhone production
I can't play! The official solution to the bug in Chinese Paladin vii was provided
The video asked Net-a-Lago to apologize
The United States exposes the higher civilization of the universe: human beings are inferior to good ones
Rolls-Royce China SAO operation caused dissatisfaction wang Sicong message not to buy: official apology
Bytes beat 9 billion yuan to acquire VR companies, then invest the chip, or to accelerate the layout "Yuan Universe"
Xiaomi intelligent clean ecological chain enterprises to pursue technology to complete 3.6 billion yuan C round financing
Xiaomi appointed Li Xiao Shuang as a vice president of Xiaomi Motor, CFO Lin Shiwei, and the CEO of Stars
A large number of elderly people show up the king canyon! After 60 "Internet Addiction Teenagers" can also "anti-add fans"?
The most popular news this week
Tesla's game of "small profits, big Sales" : Average selling price fell 6%, third-quarter net profit hit a new high
Tesla Q3 earnings reading: Record net profit on revenue Pressure on new Chinese cars is coming
Microsoft CEO NADELLA is most concerned about three things: ubiquitous computing, AI big model and virtual online
Nearly 80% of teenagers in Taiwan think cyber bullying is a serious problem, according to a survey
What opportunities and challenges brought to the financial industry?
Jia Yueting is paying back the money again! Faraday's future former employees in China receive a pay rise
The storage chip faucet is 119 times the first three seasons, the chairman reporter is born, "cattle scattered" did not lose the position.
The liabilities are still 95 billion Jue Ting pays, and FF China's front employee will collect salary and consistent with the in-service.
Wechat iOS version 8.0.16 release: Voice call interface will display the other party's circle of friends only after clicking
Interbrand world has a top 100: Apple, Amazon, Microsoft, Google, Samsung