Ayaneo carries ChinaJoy, the first show of AMD Ruilong 7 4800u, and likes to mention the Black Gold Award

On July 30, the 19th China International Digital Interactive Entertainment Exhibition "ChinaJoy" arrived as promised. As one of the most famous and influential annual events in the global digital entertainment field, many players are also full of expectations for this ChinaJoy exhibition. It is worth mentioning that this year, ChinaJoy appeared a new figure on the AMD booth, that is, the domestic handheld brand ayaneo. 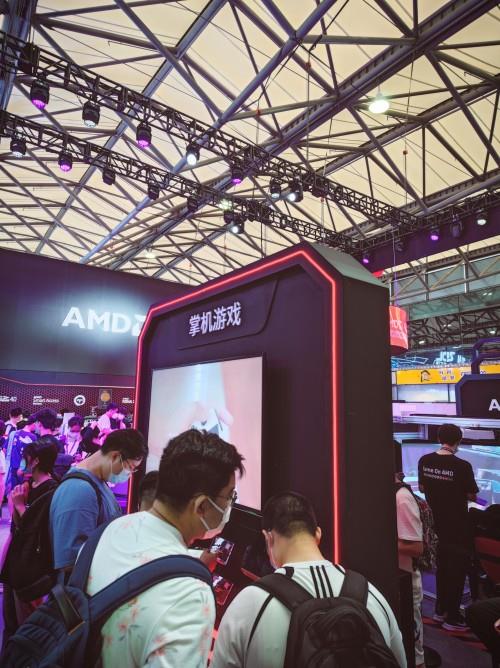 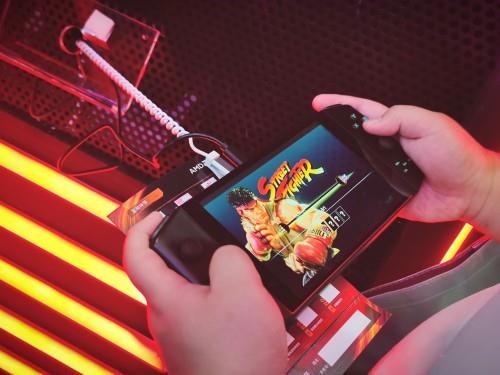 As the first company in China to build a high-performance windows handheld, ayaneo has made great efforts in design and hardware selection. With the blessing of AMD processor and the addition of linear motor and linear trigger, ayaneo handheld has greatly improved its body feeling. Not only is it powerful in hardware, but also in software, ayaneo independently developed the ayaspace platform, which is a handheld game space tailored for game players, greatly improving the software experience of players on the handheld. In the ayaneo exhibition area, the crowd is surging. Many players come to experience the handheld, and many players praise ayaneo 2021 series products. 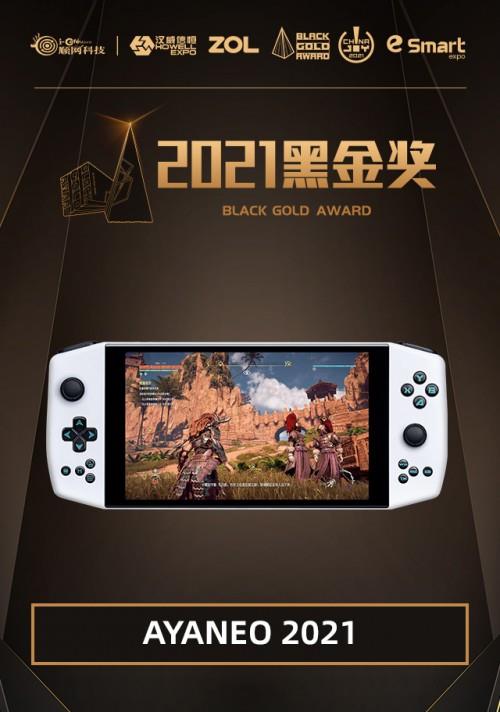 Because it is outstanding enough, Zhongguancun Online also awarded the "Black Gold Award" for ayaneo 2021 series products. The original intention of Zhongguancun Online to establish the Black Gold Entertainment hardware award is to commend those products that have made innovations in design dimension, technical dimension and professional fields and have achieved good reputation in the market. For players, the black gold award can be regarded as the affirmation of excellent entertainment hardware in the industry. It is a measure for players when purchasing entertainment hardware. In the same industry, ayaneo is also the only one to win this award. It can be seen that ayaneo is indeed unique in design, performance and experience. 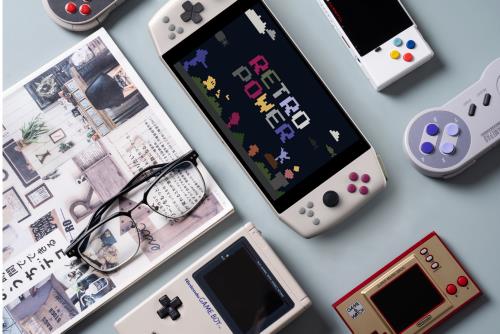 As a cutting-edge force in the windows handheld industry, ayaneo is committed to creating windows handheld with the best performance and experience for players. Domestic handheld computers need such a team to lead the progress of the industry. The ayaneo 2021 series is a good start. We look forward to the future of the ayaneo team polishing better handheld products for players.

Related news
The most valuable exhibition stand in ChinaJoy: hundreds of thousands of each treasure
HyperX game peripherals ChinaJoy 2020 all the way
China joy cools down: half of the exhibitors are absent from the competition among major game manufacturers
2021 ChinaJoy opens to witness Meizu's 2021 environmental protection wishes with you
Seagate game front hard core attack play ChinaJoy
ChinaJoy Xiaolong Theme Pavilion opens, innovates cutting-edge technology and creates a digital entertainment carnival
Amd radeon RX 6600 XT new graphics card debut set off a small climax on the first day of ChinaJoy 2021
Born for games! AMD and its partners appeared in a variety of AMD advantage game books in ChinaJoy
Ayaneo carries ChinaJoy, the first show of AMD Ruilong 7 4800u, and likes to mention the Black Gold Award
Hot news this week
Alibaba: Shareholders SoftBank will settle in advance for advanced payment in advance involving a maximum of about 242 million ADR
Biden signed a chip and scientific bill, a video call of WeChat iOS internal test suspension window, the advanced CPU caused Win11 to be difficult to use, Huawei new machines enter...
Text message color, picture quality compression! Google calls out Apple for improving cross-device messaging
How to regulate the "broken card" operation to crack down on electrical fraud to prevent "accidental injuries" with cards?
Musk's eyes! Lei Jun released a full -size humanoid robot Xiaomi self -developed strength explosion table
Japan has confirmed that China has overtaken the US for the first time in the world's top three indicators of scientific papers
SoftBank Group announced the early settlement of up to 242 million forward contracts for ADRs in Alibaba, reducing its stake to 14.6 percent
iPad 10 will be absent from iPhone 14 conference: October appeared on Apple's last non -comprehensive tablet tablet!
Kuaishou TOB business Yu Bing: Self -developed chips or mass production after the end of the year, the video must be turned into light industry
The three major indexes of the US stocks opened sharply: ROBLOX fell more than 4%, Twitter and Tesla rose more than 3%
The most popular news this week
Fabless customers cut back on chip orders affecting Q4 capacity utilization
Washington's suspicion of TIKTOK exacerbated: How will the Bayeon government weigh it?
Pinduoduo launched its cross-border e-commerce platform in the United States in September
Put an SSD in your phone: from 2,499 yuan
China's largest general purpose drone! The first five flights were successful
IPhone 14 to be released alongside Huawei Mate 50: Which bangs do you choose?
Tencent's agent of the Russian war online game announced the suspension: Customs Customs in October
Will the heat this summer cause the winter to be extremely cold? Expert science
New Intel NUC Mini! First time with Core P 12 and a castrated version
Lenovo and Motorola are involved in the case! US ITC launched 337 surveys on mobile electronic devices