In August, another new product of AMD was officially launched, that is, the Ruilong 5000 Series APU, which upgraded the 7Nm zen3 CPU core,But the graphics card is based on Vega architecture, officially opened on August 5.

Now the Ruilong 5000 APU is coming. Toppc, the top overclocking expert, announced today that it will show the memory power of Cezanne (the code name of Ruilong 5000 APU) processor on August 5. 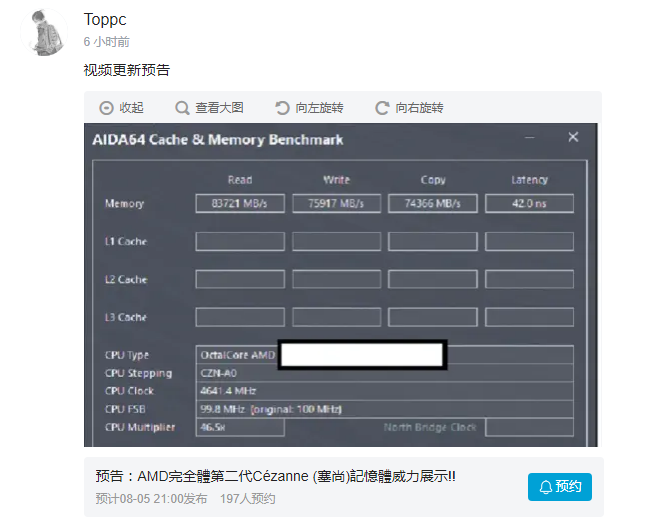 He also released a test result of memory aida64 of APU,It can be seen that the read bandwidth is increased to 84gb / s, the write and copy bandwidth is also 74-75gb / s, and the delay is as low as 42ns.

What is this concept? The key CPU and memory information cannot be released yet, but I found the memory performance test of the previous Ruilong 7 Pro 4750g, as shown below: 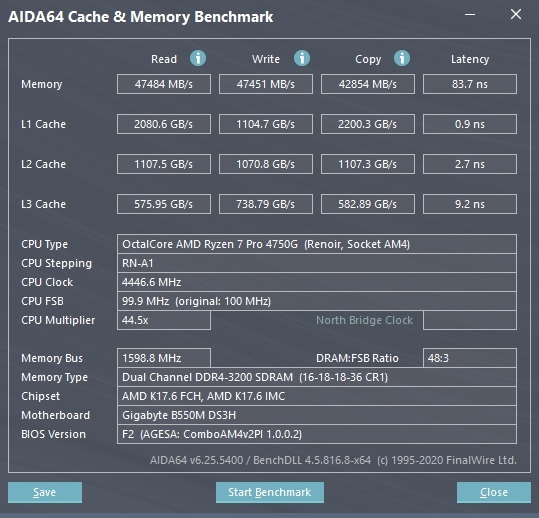 With 3200mhz memory, the bandwidth of 4750g is only 47gb / s, and the delay is as high as 84ns. The platform performance shown by toppc is at least twice as high,The memory frequency will not be lower than 6400mhz, but this is obviously not its limit. Toppc should keep the best results in the live broadcast. 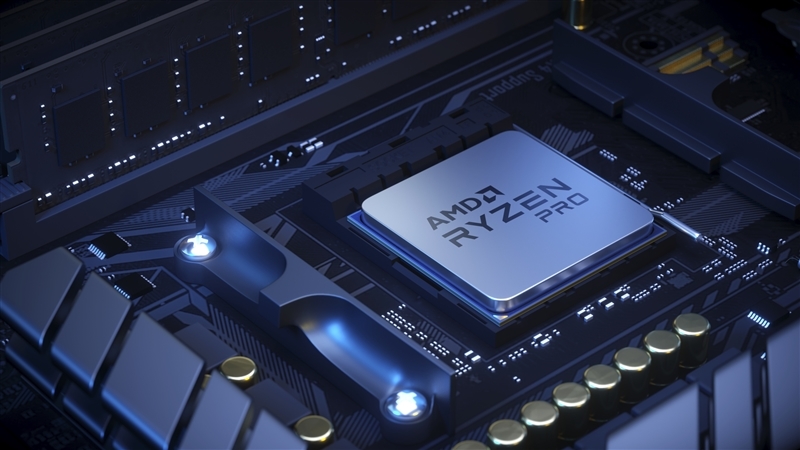