Ruilong 5000g APU will be fully armed to ASUS b550 motherboard

As early as the beginning of the second quarter of this year, amd officially announced the launch of AMD Raptor 5000g desktop processor equipped with radeon graphics card. At the recent ChinaJoy 2021 conference, amd also held an appearance ceremony of the Raptor 5000g desktop processor. The processor can provide E-sports level game performance, uncompromising computing speed, and better low-power performance. It can fully meet the needs of players and more groups. It is another masterpiece of 7Nm process products. At present, the latest BIOS of ASUS b550 motherboard and x570 motherboard on the market has supported the normal operation of Ruilong 5000g series processor. You can buy it at ease. In fact, as early as the release of the Ruilong 5000g series, ASUS's AM4 interface motherboard has been supported. It can be said that ASUS is already ready for the release of the new U. In order to DIY a satisfactory APU, we recommend three ASUS b550 motherboards, namely 618amd motherboard sales Wang ASUS b550 heavy gunner WiFi motherboard [tuf gaming b550-plus (Wi-Fi)], overclocking champion ASUS Rog Strix b550-i gaming motherboard, and trend equipment Rog Strix b550-xe gaming WiFi motherboard. 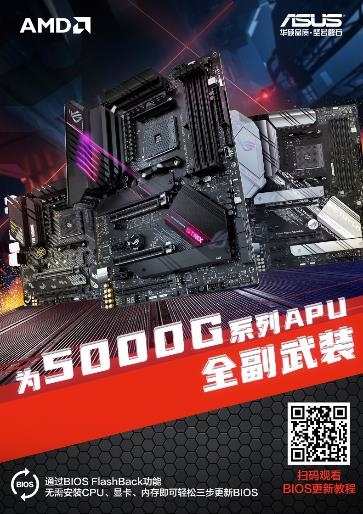 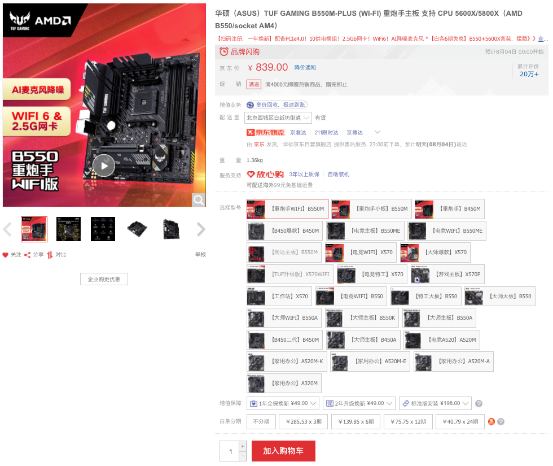 First of all, we will introduce ASUS b550 heavy gunner WiFi motherboard, which easily captured 618 amd motherboard product No.1 of the whole network. The appearance of the motherboard inherits the aesthetic design of tuf gaming E-sports agent series. The Lamborghini yellow color matching and military camouflage elements show speed and stability, leading the new wind direction of the Ruilong host platform! At present, the main board Jingdong sells for 839 yuan and enjoys six interest free benefits. It will also join the flash sale on August 4. We can't miss the good opportunity to start. Purchase link: https://item.jd.com/100013699280.html 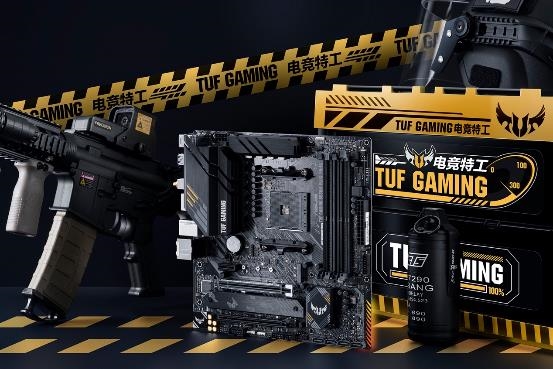 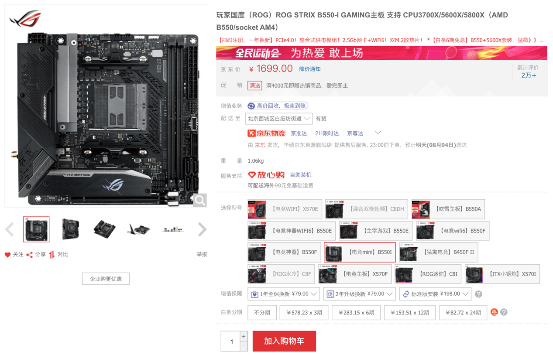 Next, the itx small steel gun ASUS Rog Strix b550-i gaming motherboard with explosive energy is recommended for players. Once it is released, it has created the world memory overclocking record of b550 motherboard. Recently, it won the world memory overclocking champion of AMD platform with ddr4-6234, which once again proves that it is a wise choice for players to build b550 APU small steel gun. At present, JD's selling price is 1699 yuan, and there are 6 interest free periods. Purchase link: https://item.jd.com/100007523963.html 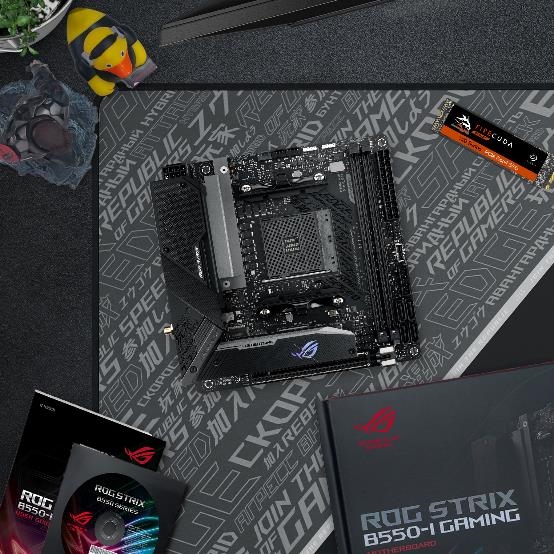 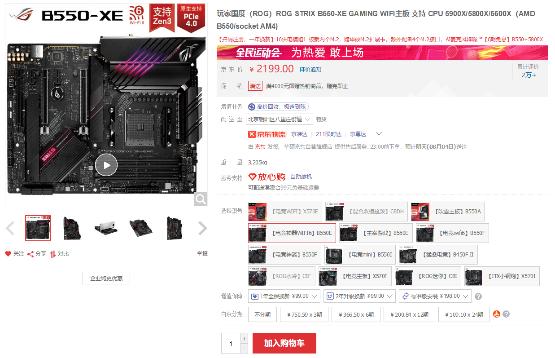 As the new flagship board of b550 series, the power supply of Rog Strix b550-xe gaming WiFi motherboard is upgraded again, which can easily control the new generation of Zen 3 architecture processor, and the 5000g series APU is pressure-free. With more high-capacity fast transmission technology, combined with E-sports optimization function, it brings a new game experience. At present, JD sells for 2199 yuan and has 6 interest free phases. It is the winning partner of AMD Ruilong processor! Purchase link: https://item.jd.com/100009375151.html 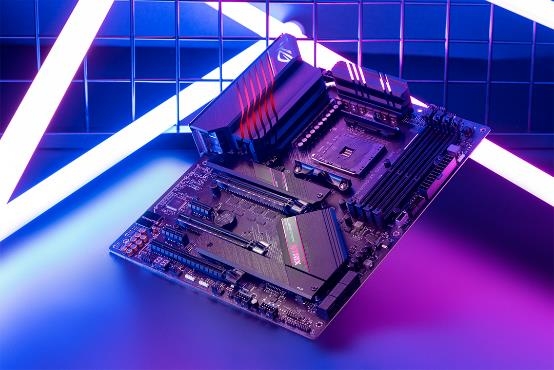 Amd Ruilong 5000g series APU will be on sale soon. In addition to the above three ASUS b550 motherboards, there are more ASUS 400 series and 500 Series motherboards that can be upgraded to 1108 and later BIOS to support Ruilong 5000g series processors. The detailed product list and BIOS can be seen in the following table. I believe there must be a motherboard to meet your needs.

Related news
After being banned in India, ASUS announced that ZenFone 6 has been renamed ASUS 6Z
Welcome to zen3! ASUS serial 11, three series AMD b550 motherboard
Sharp 7, four shot dragon 5, sky shaking ASUS b550 main board released
Amd 7Nm 4 / 6 / 8 core sharp dragon APU collective running points: a small surprise
Six world first ASUS b550 / x570 motherboards set world records
Amd sharp dragon APU memory frequency burst: 6666mhz in the world
Amd x570 / b550 mainboard upgrade: solve the problem of Ruilong USB disconnection
Ruilong 5000g APU will be fully armed to ASUS b550 motherboard
Hot news this week
Monkey acne cases have ranked first in the world that the United States has announced the emergency state of public health
Credit card points rule intensive adjustment online transaction points more "valuable"
High reserves and low cost experts: calcium ion batteries replace lithium batteries to stand up to the daily
Alibaba executives interpret financial results: the focus of the consumer side is no longer to attract new, but to do a good job in stratified operation
Losses in a single quarter of $ 23.4 billion a record, SoftBank did not carry the plunge of technology stocks and the devaluation of the yen
The prevention and control of the American Monkey epidemic has failed. What should I pay attention to?
Sources say Samsung's Galaxy Z Fold4 is going up in price: a 512GB top unit will cost more than 13,000
Is the micro -business headache? WeChat friends are suspected to have a big move: 7 can only be posted a week
Kuaishou launched a self-developed cloud intelligent video processing chip: The chip has been streamed successfully
The new product of Xiaomi MIX is coming: both internal and external dual -screen has been upgraded to make up for the previous generation.
The most popular news this week
Probiotics also have the problem of "card neck". Experts: In -depth integration of capital, industry, research
How to verify the performance of the "Guiguang" in the large factory and the transition to b?
US media: The US FTC will begin to formulate federal regulations to expand online privacy protection
Girls are the worst offenders: Put down your phone
Byte medical layout to take another step forward Internet enterprises to break offline needs long-term investment
Sony confirmed "Mysterious Sea: Thieves Legendary Collection" for sale during the year
Lenovo announced the rescue of the head show VR700: true 4K, support iQiyi network resources
20TB free! Ali Cloud disk full compensation 15 days super members
Than apple conscience! Moto's new flagship comes standard with 125W charger: half charge in 7 minutes
Wechat update 8.0.27 beta version: small program opening faster