We have started a NUC 11 extreme (supreme version), which will bring detailed evaluation in the near future. Please look forward to it. 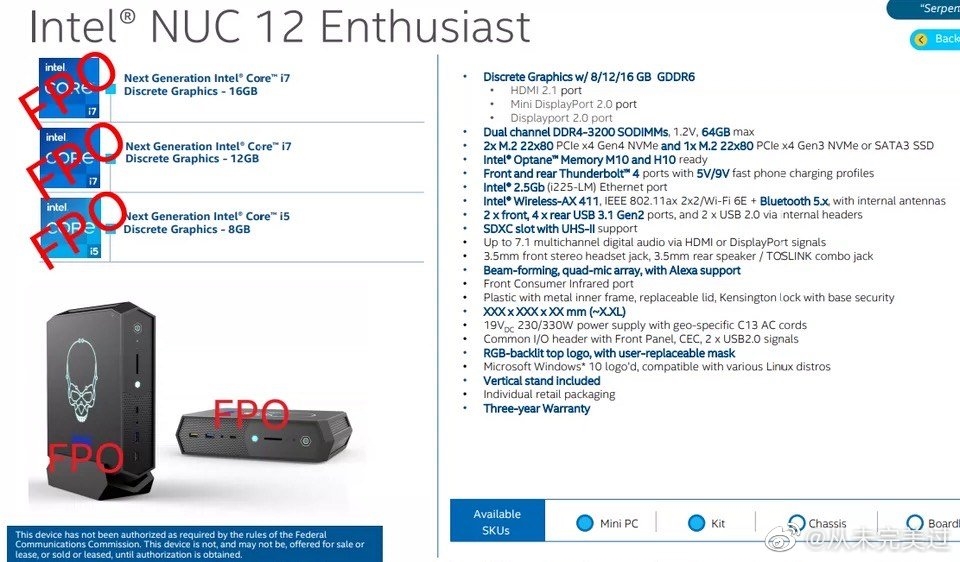 The configuration is natural,The next generation i9, i7 and i5, that is, the alder Lake 12th generation core series, can be selected, which are matched with independent graphics cards with 16GB, 12gb and 8GB video memory respectively.

There is no clear model of the graphics card. It is said that it is, up to 512 execution units, and the video memory capacity is also consistent with previous rumors.

The more critical evidence is that in terms of video outputIn addition to HDMI 2.1, it also supports DP 2.0 and minidp 2.0.

This is not supported by NVIDIA RTX 30 series and AMD RX 6000 series, and the next generation NVIDIA ADA Lovelace and AMD rdna3 will not be released until later in the second half of next year.

Interestingly,The power supply is 19v 230W / 330W power supply. It seems that the power consumption will not be high regardless of the processor or graphics card!

In terms of memory, NUC 12 fever version supportsDual channel ddr4-3200 SO-DIMM, the maximum is 64GB. Unfortunately, it is not ddr5, but it is also proved that the 12th generation is compatible with DDR4 / 5 at the same time.

There is a lightning 4 before and after the interface, which supports 5V / 9V fast chargingTwo front and four rear USB 3.1 Gen.2, SDXC / uhs-ii card reader, front infrared port. 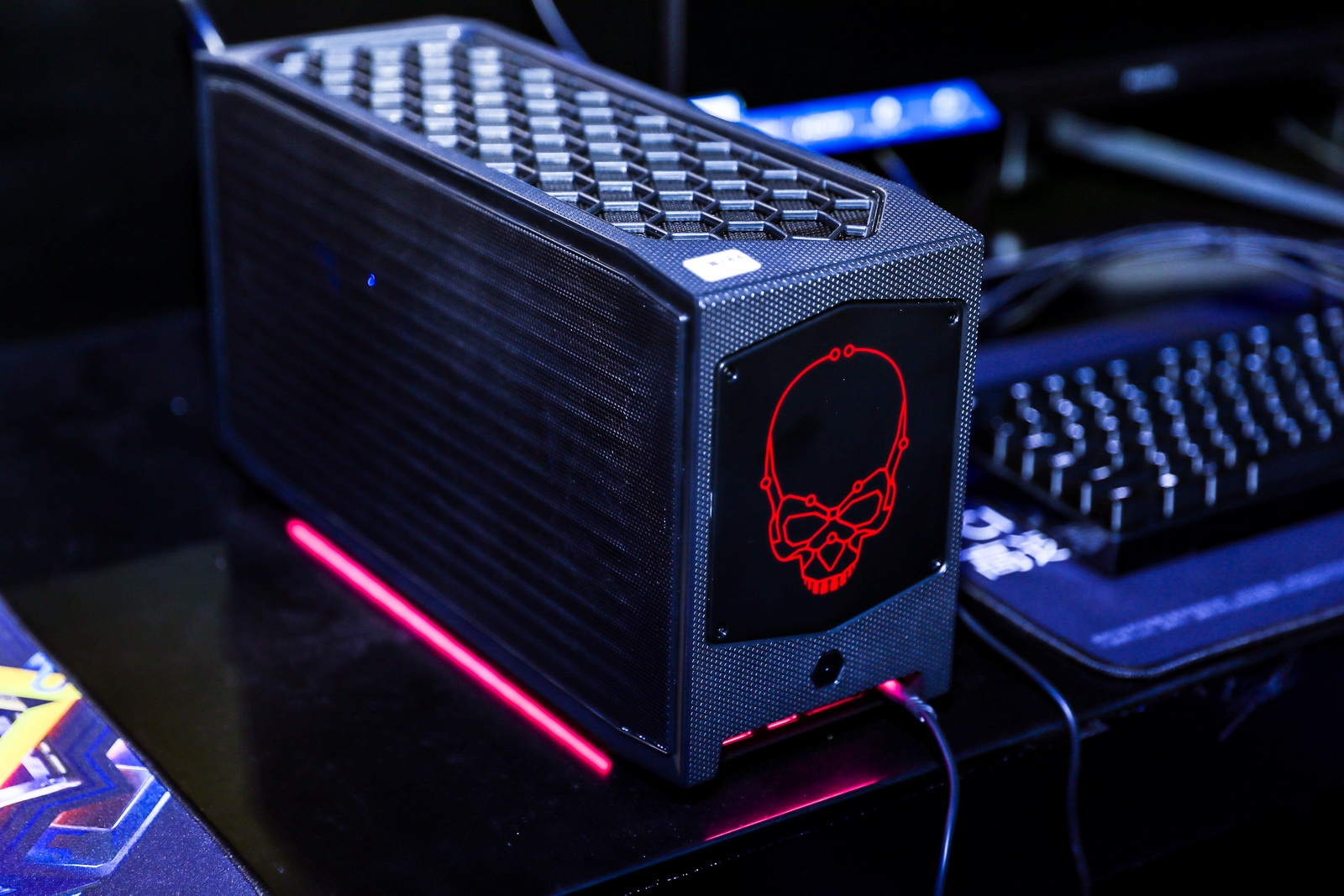 Related news
Intel monster Canyon NUC disassembly: 8 liters to accommodate full-length graphics card, violence fan
First exposure of Intel NUC 12 fever version: 12th generation core and Intel independent graphics card
Intel Super NUC mini first show: 12 generation i9, the first time to play this
The first Intel NUC 12 Extreme minicomputer with a swappable CPU: the i9 version is released in April
Intel NUC 12 Pro is now available
New Intel NUC Mini! First time with Core P 12 and a castrated version
Intel fever mini machine uses Intel independent graphics card: 16GB+1TB 13,600 yuan
Intel Viper Canyon NUC national bank shelves: first hand price 9999 yuan
Intel Viper Canyon NUC Mini: Is the box a coffin? !
Hot news this week
Apple is recruiting neurorendering research scientists to create immersive experiences for AR/VR products
Tesla China will take the initiative to significantly reduce production if it still fails to sell by 40,000 yuan
The Internet reported that the Shanghai factory would voluntarily cut production by 20%, Tesla responded
Hangzhou Internet Court: NFT digital collection belongs to the network virtual property, protected by law
Amazon has withdrawn a new offer from its retail division, cutting off new employees who were due to start early next year
You know what? Looking at your phone while driving is the equivalent of driving blind for about 50 meters, which is extremely dangerous
The United States has approved the first fecal transplant to treat disease by transplanting someone else's feces
Dalitsu, a lens supplier for Apple's iPhone 14, reported revenue of NT $5.231 billion in November, up 20 percent from a year earlier
Transsion Holdings: Established a global strategic partnership with Google to carry out in-depth cooperation in areas such as Android system
Do the most lightweight and smooth system! - MIUI 14 will come soon: The flagship will also be upgraded two years ago
The most popular news this week
Activision Blizzard CEO says Microsoft acquisition will go ahead, FTC allegations are factually incorrect
Experts: do not take ibuprofen if you eat Lianhua Qingdian, separate Chinese and Western medicines
Up to 56 cores! The new generation of Intel processors is coming.
Upgrade second regret! Serious problems after AirPods Pro 2 update
Apple got Sony's flagship sensor! iP15 is now more expected
Ibuprofen does not have to compete for the world's largest production capacity in China: one company is enough for 3.3 billion people.
QQ level first in the world! I responded to make netizens envious: the family opened the Internet cafe
Cook's "no" to Musk: cost Apple 4.4 trillion
AI paintings fetch a record price of 1.1 million! Baidu's AI painting was tested and the result was amazing
Burst! Tesla China discontinues Model Y production