I changed a tube of toothpaste this year?! I think Intel is going to be yes

The toothpaste factory is also frustrated. The newly released processor is like the toothpaste tube is blocked. It is not only hard to squeeze, but also the price is high.

Just when everyone thought that this former semiconductor factory was gradually losing its competitiveness, the new thing announced by Intel on the architecture day two days ago made Tony sit up in his dying illness... 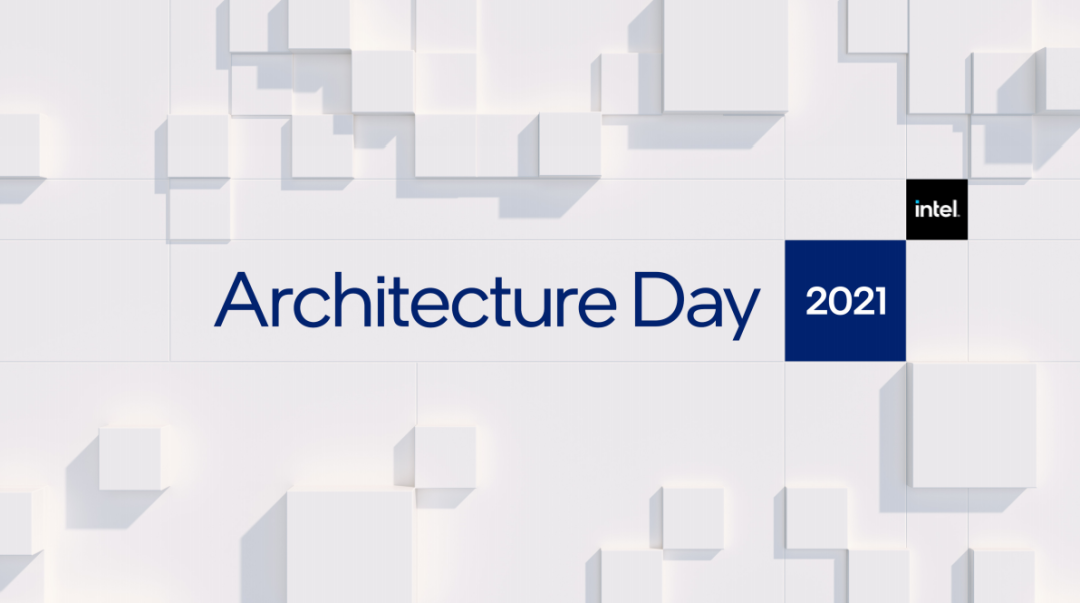 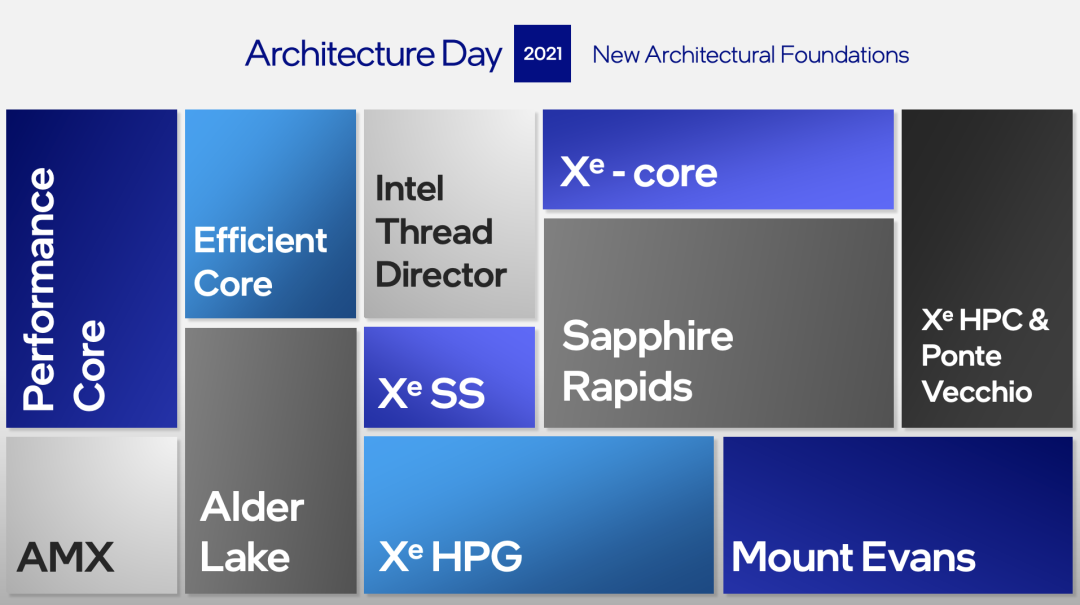 On the server side, sapphire rapids has been upgraded, and the professional graphics processing has updated the high-end computing card Ponte Vecchio.

Xeon processor and Professional Computing katoni will not be introduced much. This time, we will focus on the 12th generation CPU equipped with a new x86 kernel and Intel's unique display.

In fact, the news that Intel wanted to change to the new architecture alder lake was disclosed at CES held online at the beginning of this year.

At that time, it was said that the alder Lake architecture would use a core design of the same size as the current mobile phone arm architecture, which could bring better performance and lower power consumption.

If the name is not changed, this is mostly the parameter ▼ of the subsequent flagship chip i9-12900 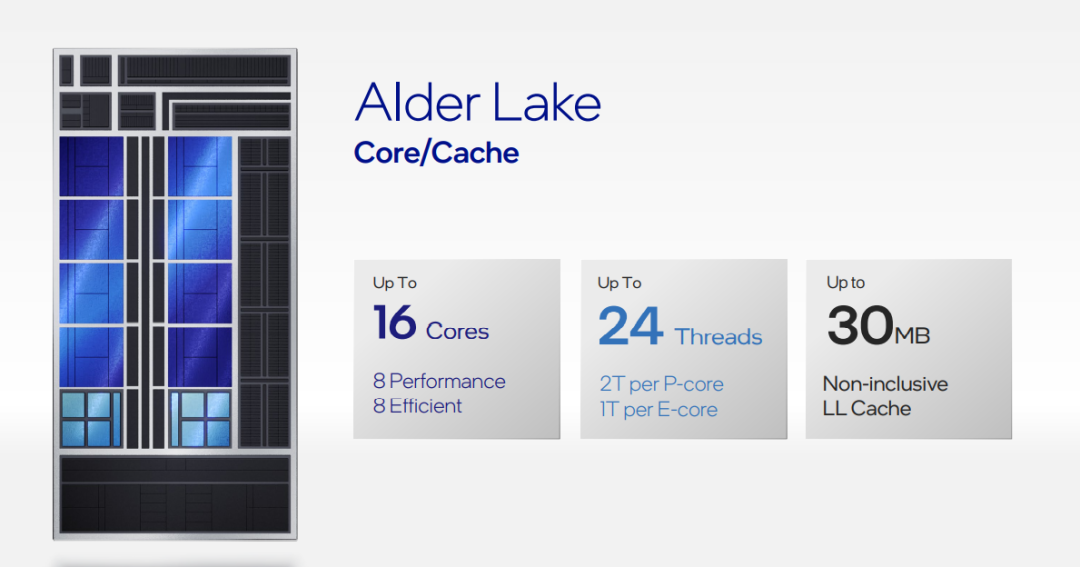 The Intel 7 mentioned here does not refer to the 7Nm process, but the naming of a set of chip process nodes, which is essentially 10nm.

Although it sounds like a bit of a cover up, Intel's 10nm wave does not lose any of TSMC's 7Nm process, and even the density of transistors integrated on the chip is a bit higher. 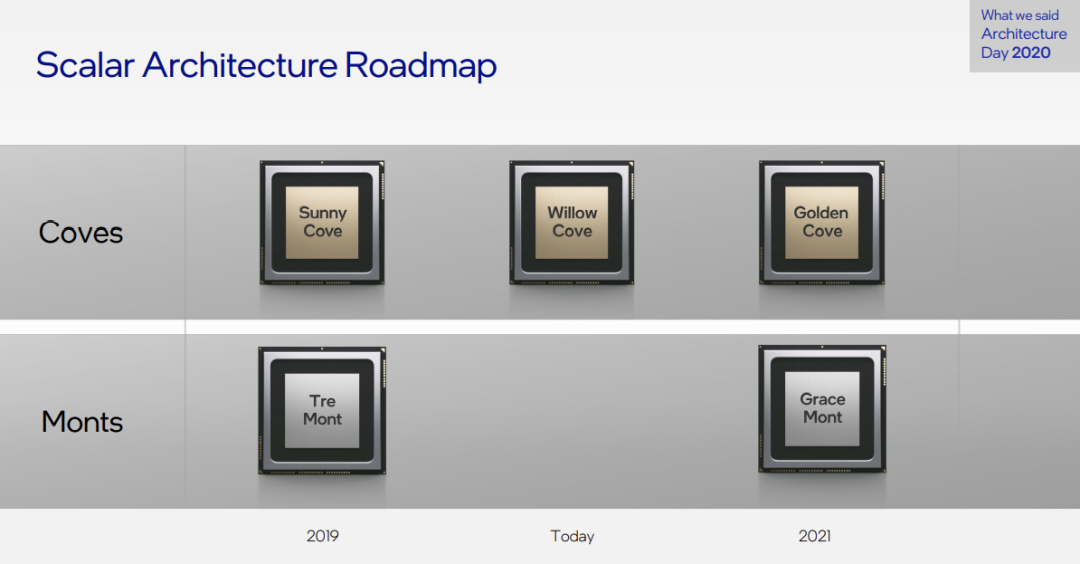 The most vigorous promotion of alder lake this time is the improvement of the small core. 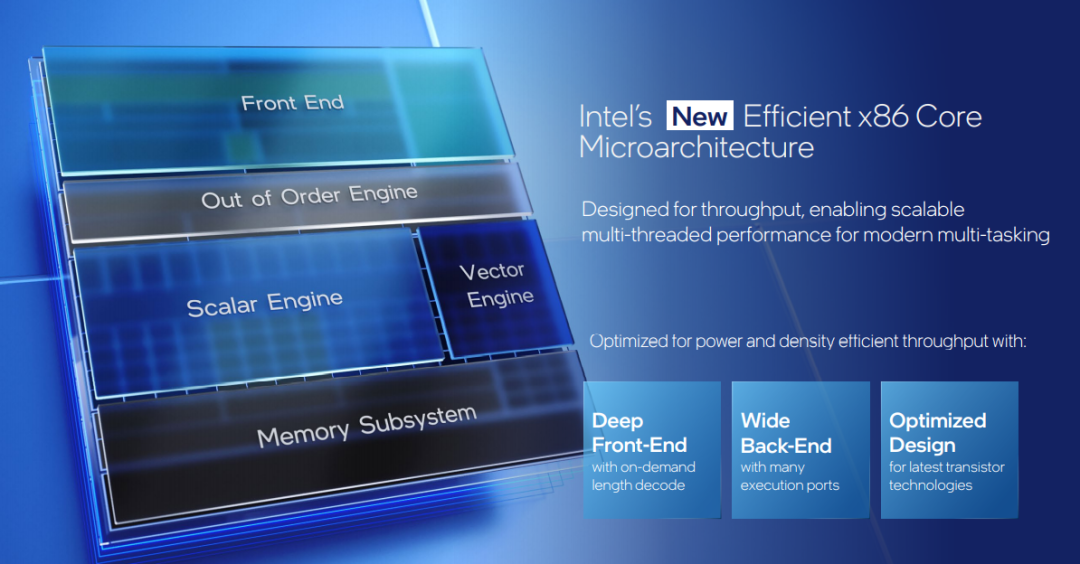 They directly compare the 12th generation small core with the 10th generation skylake architecture large core. Under the same performance of one-to-one single thread, the energy consumption is reduced by 40%. 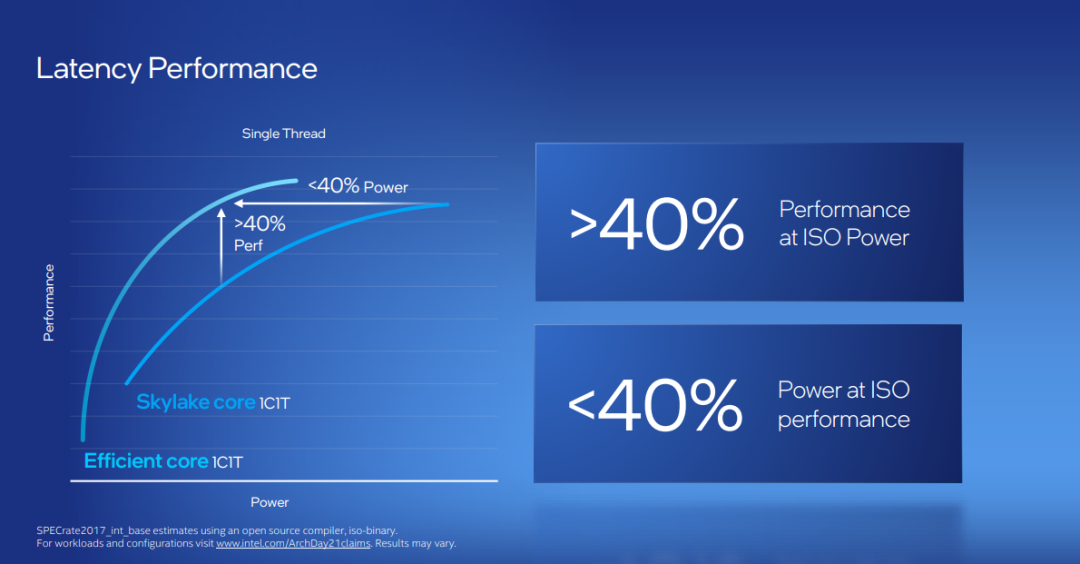 Under the same energy consumption of four to two multithreading, the performance can be improved by 80%... 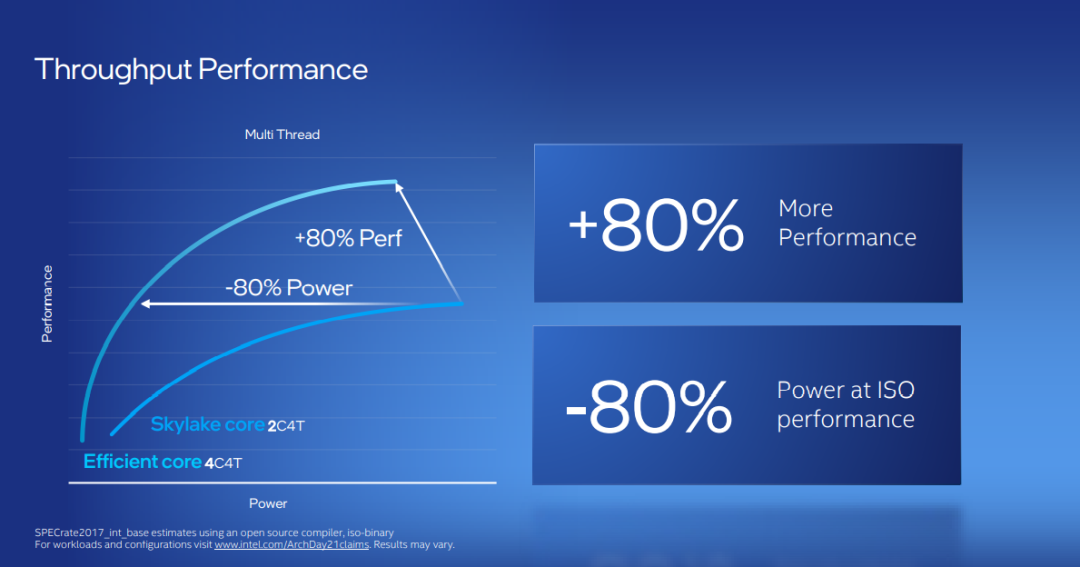 For consumers who save machines, if they can buy u with the same performance at a cheap price, both Intel and AMD can naturally yes. Tony thinks this is another significance for Intel to improve its small core.

However, compared with grace of grace Mont, the large core golden Cove is less golden. 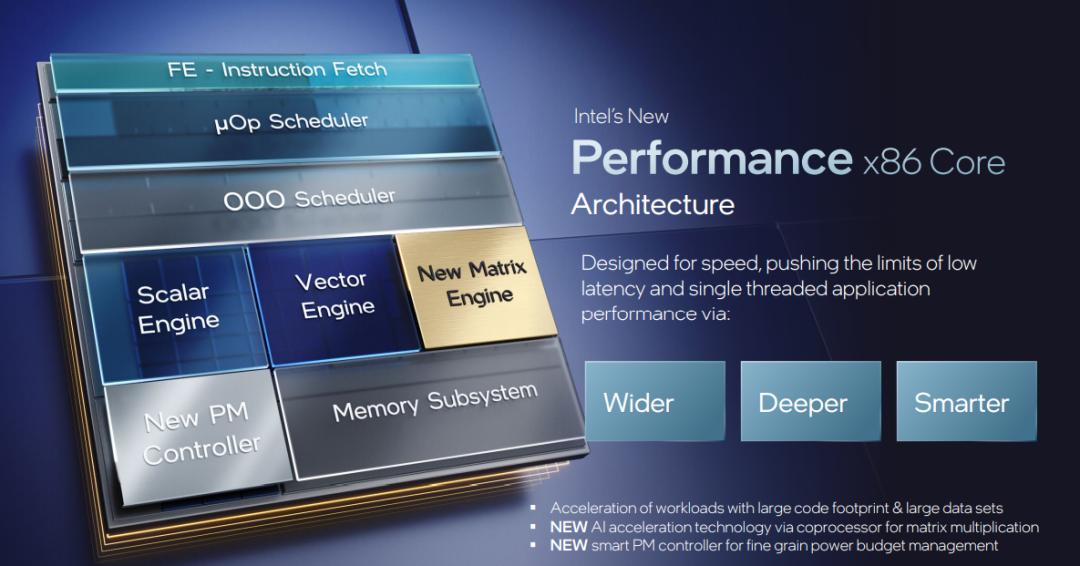 Compared with the large cores of the previous 11 generations of Intel processors, the performance of the 12th generation is improved by 19% at the same frequency, and the delay is reduced in the application processing of large data and programs. 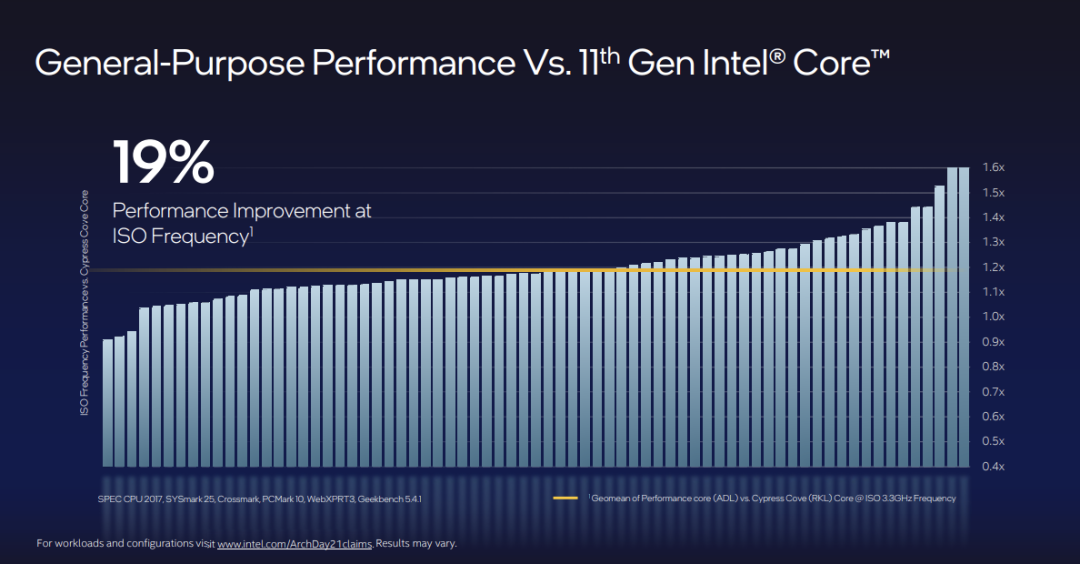 On the other hand, compared with the previous generation of AI computing, the new amx unit can improve the original computing performance by 8 times. 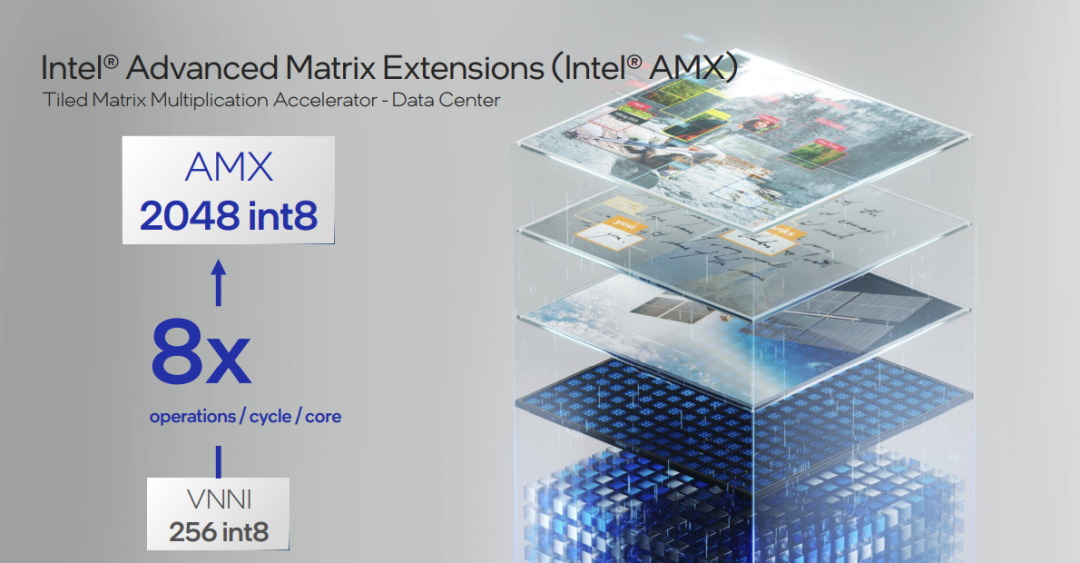 In addition, alder Lake architecture also supports new standards such as ddr5, PCIe 5.0 and thread director. It seems that the slots and I / O interfaces on the motherboard will change with this upgrade. 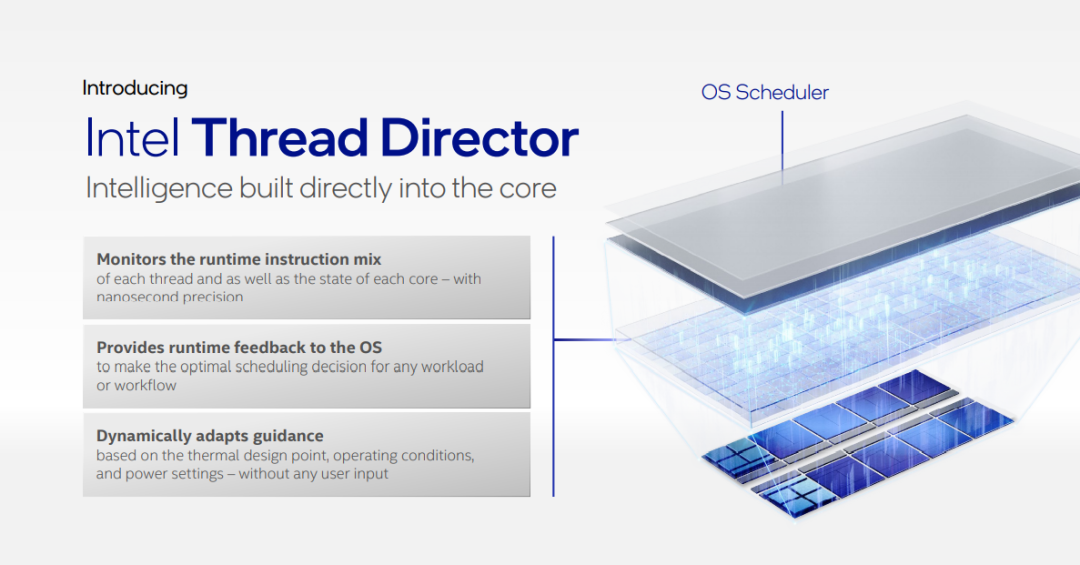 It's reasonable to say that this generation of interfaces can hardly be completely drained of bandwidth. Intel has long been laying out for the next generation, which shows that they admit that they have lost a stubble. It can be considered that they have stabilized their mentality...

At best, it's called war in the future.

Tony felt that Intel's use of a radical small core with a stable large core had vaguely revealed their market goals.

The conservatism of the large core means that the absolute performance of the desktop CPU may not take a big step, but alder Lake's new low-power architecture is very useful in some products with high requirements for CPU power consumption such as the mobile terminal. 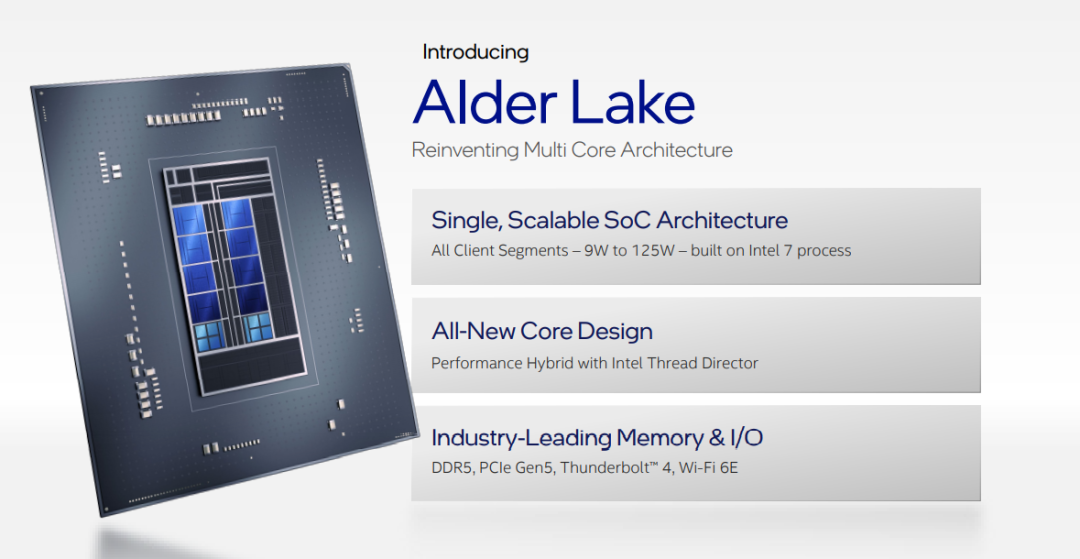 Tony guesses again. Whether the new Intel 12 generation u is easy to use depends on the face of the old man Microsoft. If something goes wrong and the windows system is not optimized, it may still repeat the mistakes of the 11th generation. 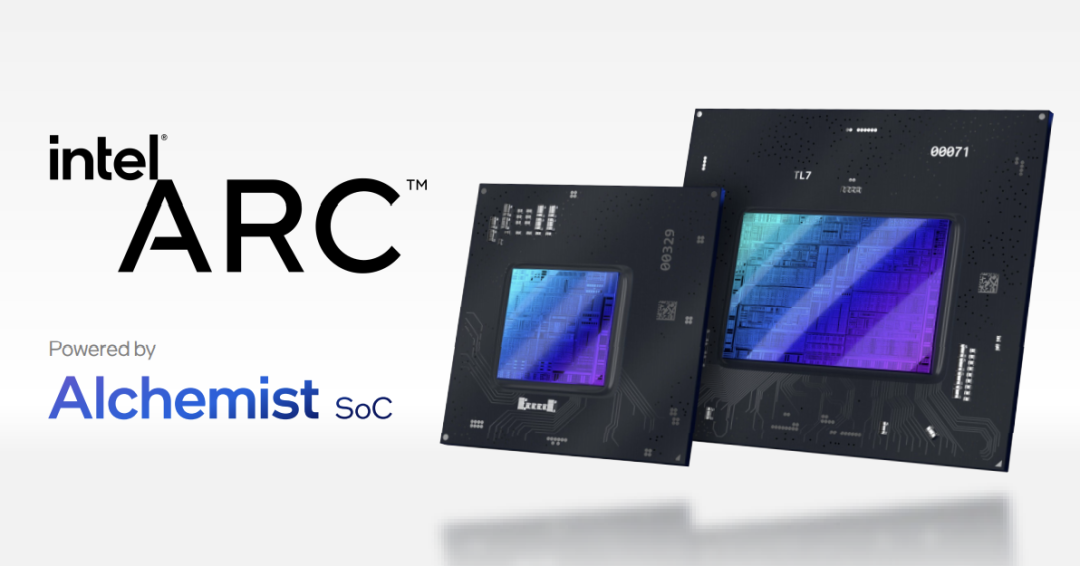 When he first heard the news, Tony had a little expectation, but after reading the actual release, he felt that something was wrong.

As the first generation product, Alchemist SOC (literally translated as alchemist SOC, except the end), which is included in the architecture, has a combination of 16 vector engines and 16 matrix engines, providing excellent expansibility and computational efficiency. 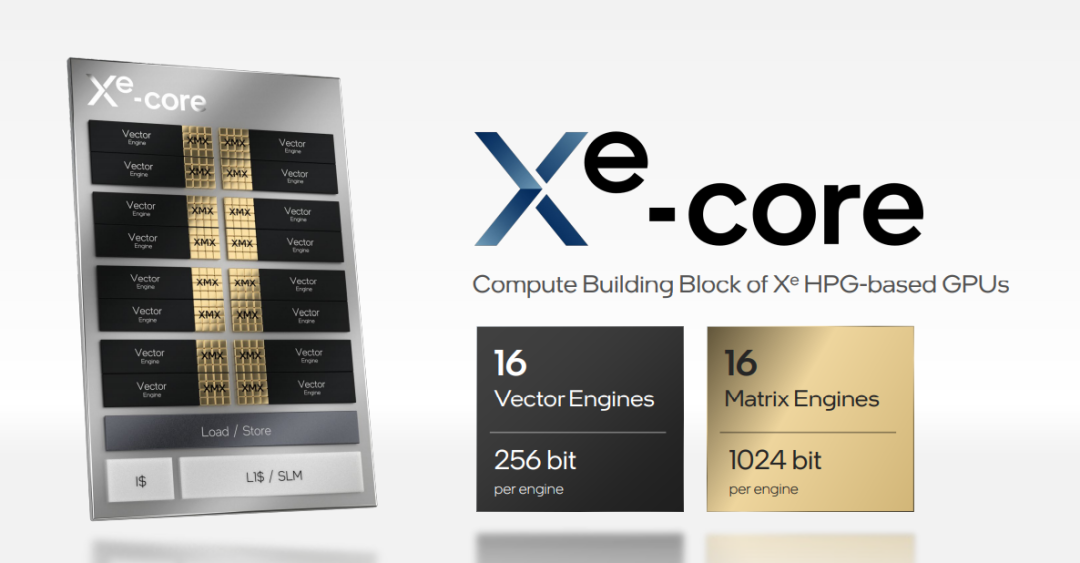 In terms of software, none of the old APIs and engines such as unreal engine, DirectX, Vulkan and unity has been pulled down. At the same time, it also supports the light pursuit of DirectX and Vulkan. 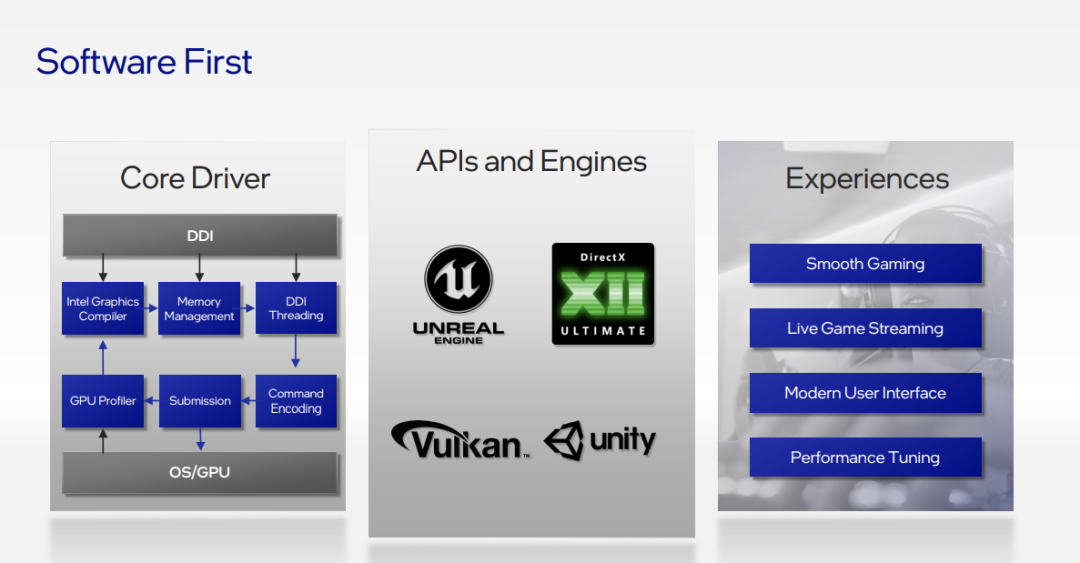 In addition, the arc graphics card also supports a technology called XESS, which can realize the oversampling AI frequency increase technology through the instructions of dp4a to improve the frame rate and stabilize the image quality and resolution. 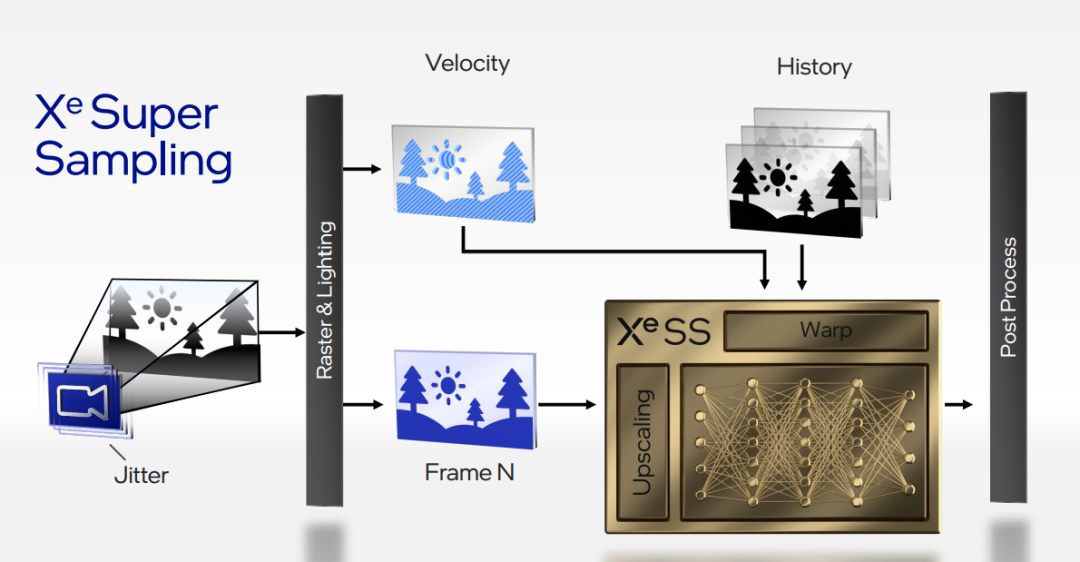 The name and function are all DLSS of NV family...

What's more interesting is that not long ago, a technology leader who was responsible for NVIDIA light pursuit and DLSS project switched to Intel as deputy director of R & D department... 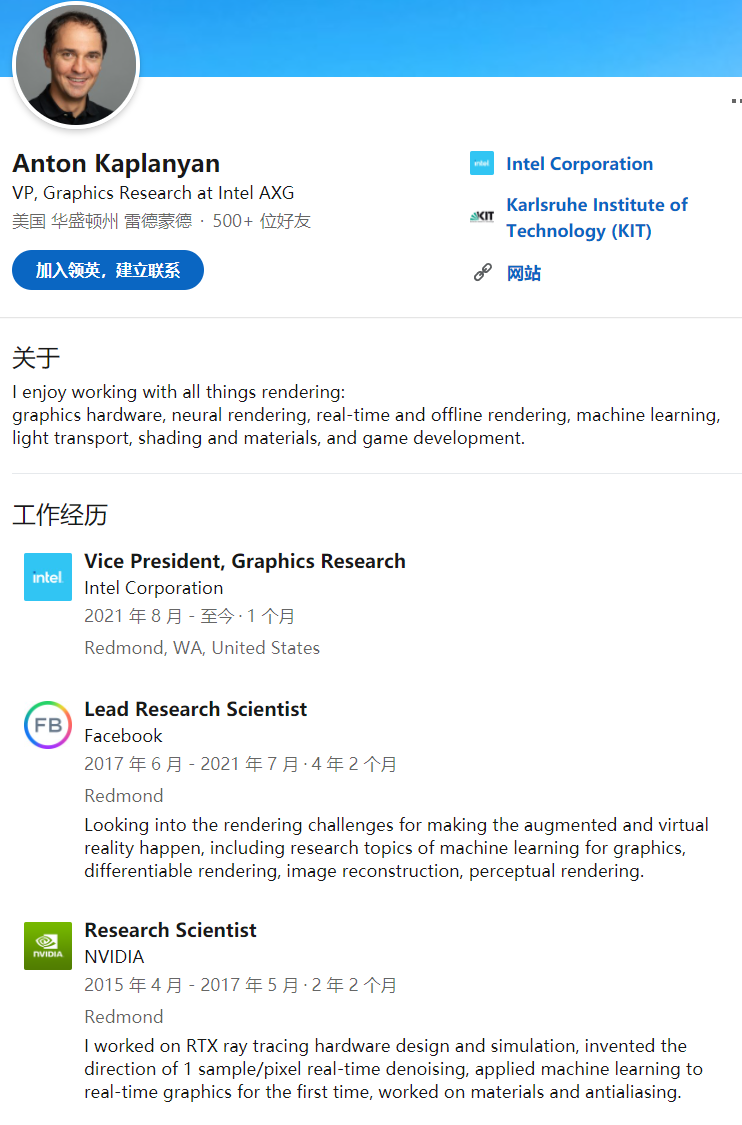 In this way, it seems that things can be explained...

However, Intel has not been able to recruit such a big player in the process technology of exclusive SOC. They directly adopt TSMC's N6 process node... 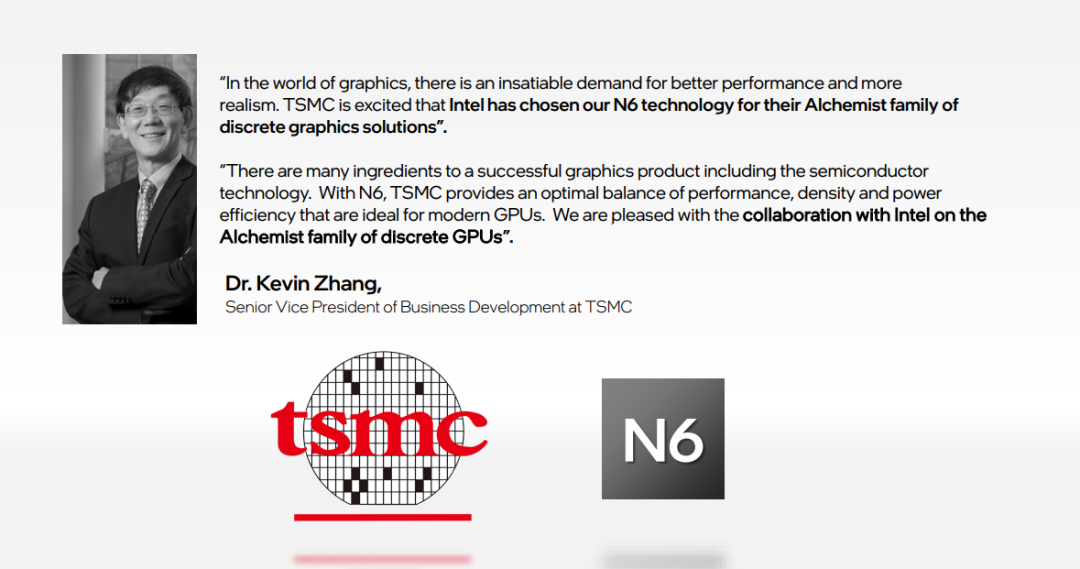 In other words, Intel is currently unable to use its own chip production line to manufacture graphics card chips. Their participation obviously can not alleviate the current supply and demand of graphics cards.

TSMC's chip production capacity is limited. For the graphics card, NVIDIA, AMD and Samsung will share, and I don't know how much will fall on Intel.

Although there may be problems in production capacity in the future, the hard quality of Intel's graphics card itself is still online. If it can be sold smoothly at that time, Tony will try one.

Finally, I found that AMD has occupied the throne of consumer CPU, so I can only consolidate my mobile market and work harder.

Tony didn't know what would happen, but at least they finally lost their old tube of toothpaste and started a new journey. 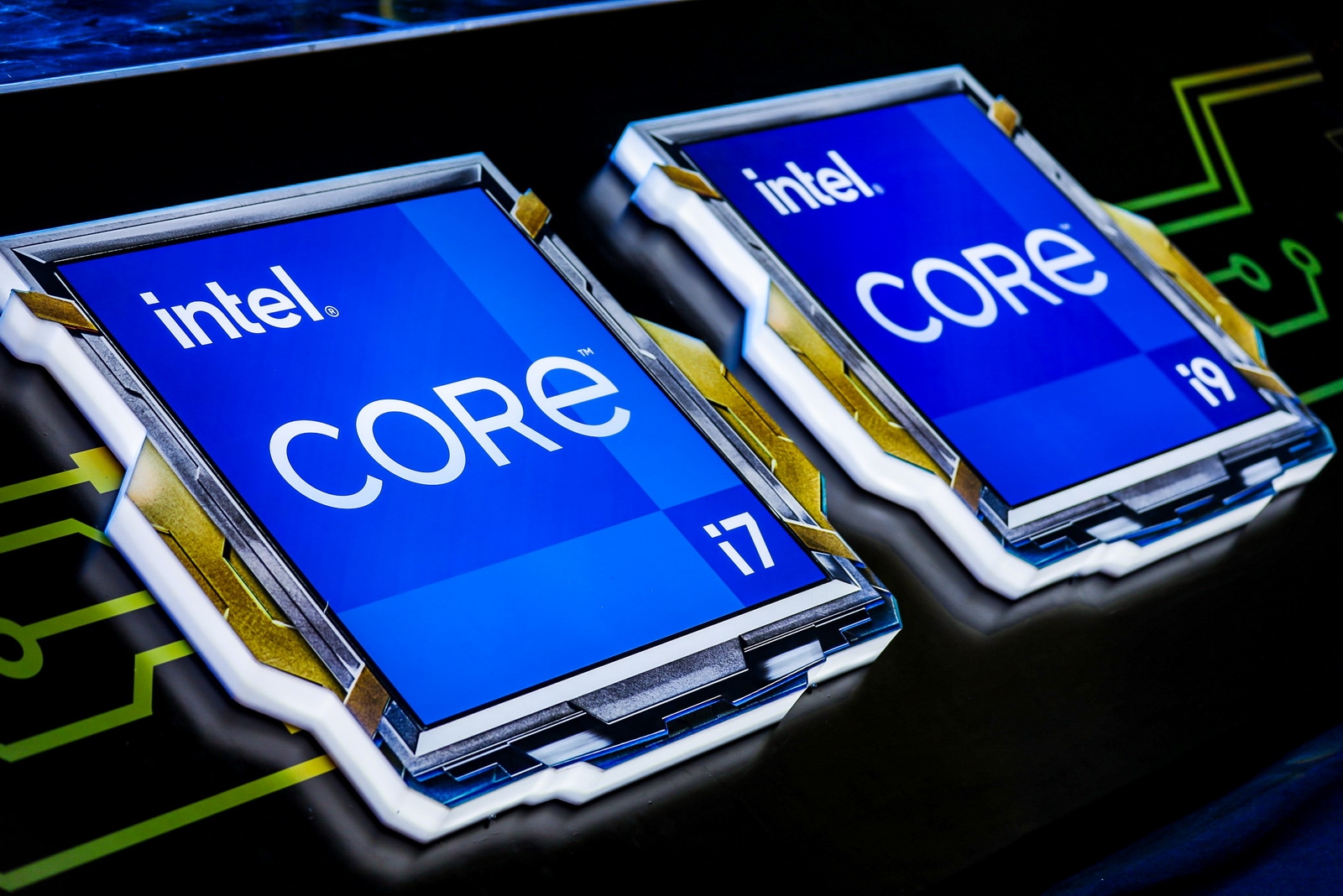 Related news
Turing Award Winner on Google I/O: Machine Intelligence Really Dreams of Electronic Sheep
Going through painful breakup? I suggest you read my test
Can mobile SOC's strongest disruptor join AMD and continue yes on the mobile terminal?
I changed a tube of toothpaste this year?! I think Intel is going to be yes
+2349025235625 I want to join occult for money
+2349031459947 %%π¶ I want to join occult for money ritual
Intel discrete graphics cards enter the new battlefield! For the first time, there was the 3I platform
AMD Yes cool down! Intel retakes x86 processor market: 12 Generation Core too strong
I fan hi plus one: Intel faith stickers can be applied for free
%%%##[[+2348026461693]],,,, I WANT TO JOIN OCCULT FOR MONEY
Hot news this week
During the quarter, we signed a multi-year intellectual property patent licensing agreement with a major licensee. This positive result enables us to obtain more 5G patent licensin...
Win10 digital version will be discontinued: free whitewash is still available Microsoft has not been under the dead hand for 7 years
Microsoft posted $17.4 billion in non-GAAP net income on revenue of $52.7 billion in the second quarter of fiscal 2023
YouTube complained about: using offline return-to-work policy to illegally block contract workers from unionizing
India receives Radio Signals from Galaxies 9 billion light-years Away Astronomers: Aliens not involved
Beautiful country semiconductor ushered in the winter, US high enterprises inverted, our country market doesn't buy it!
Cybertruck skipped tickets again! Mass production of Tesla electric pickup truck will not wait until 2024.
Apple will relax measures to deal with COVID-19 's epidemic and encourage employees to go back to work
Huawei P60 Pro latest configuration chart revealed: variable aperture and satellite communications are on the list
Intel: 14 generations of Core in the second half of the year, and build a new architecture from zero next year.
The most popular news this week
ChatGPT after global explosion: Baidu announces similar AI service to be launched in March
Lei Jun announced the first major event at the beginning of the year: it is critical to Xiaomi!
Carry the cauldron! Three out of ten divorces are linked to one partner's addiction to their mobile phone, research suggests
The iPhone is No. 1 in China! Why do people prefer Apple to Android?
China develops starch and protein synthesis technology for corn stover: Costs drop dramatically
Technology tree point crooked? Toyota's new patent: hold the door handle can be sterilized
Eight satellites in eight hours! China rushed to Venezuela's relief efforts
Apple bet on mixed reality, but the selling point of the product is not enough.
Baidu is reported to launch an AI chat robot service similar to ChatGPT in March this year.
The most powerful SSD becomes the last song Intel retired Aoteng hard disk: 6 years of performance is still leading